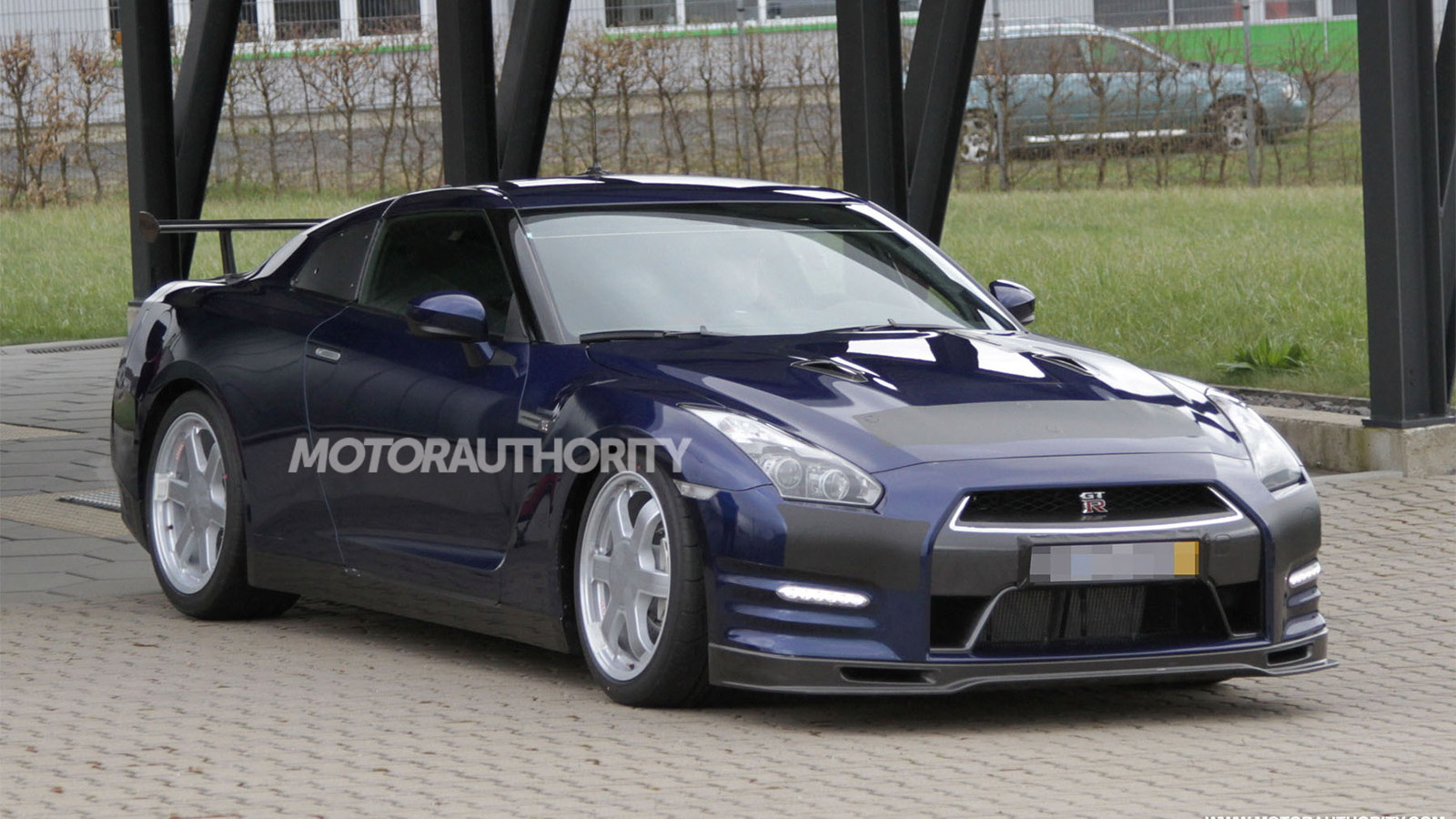 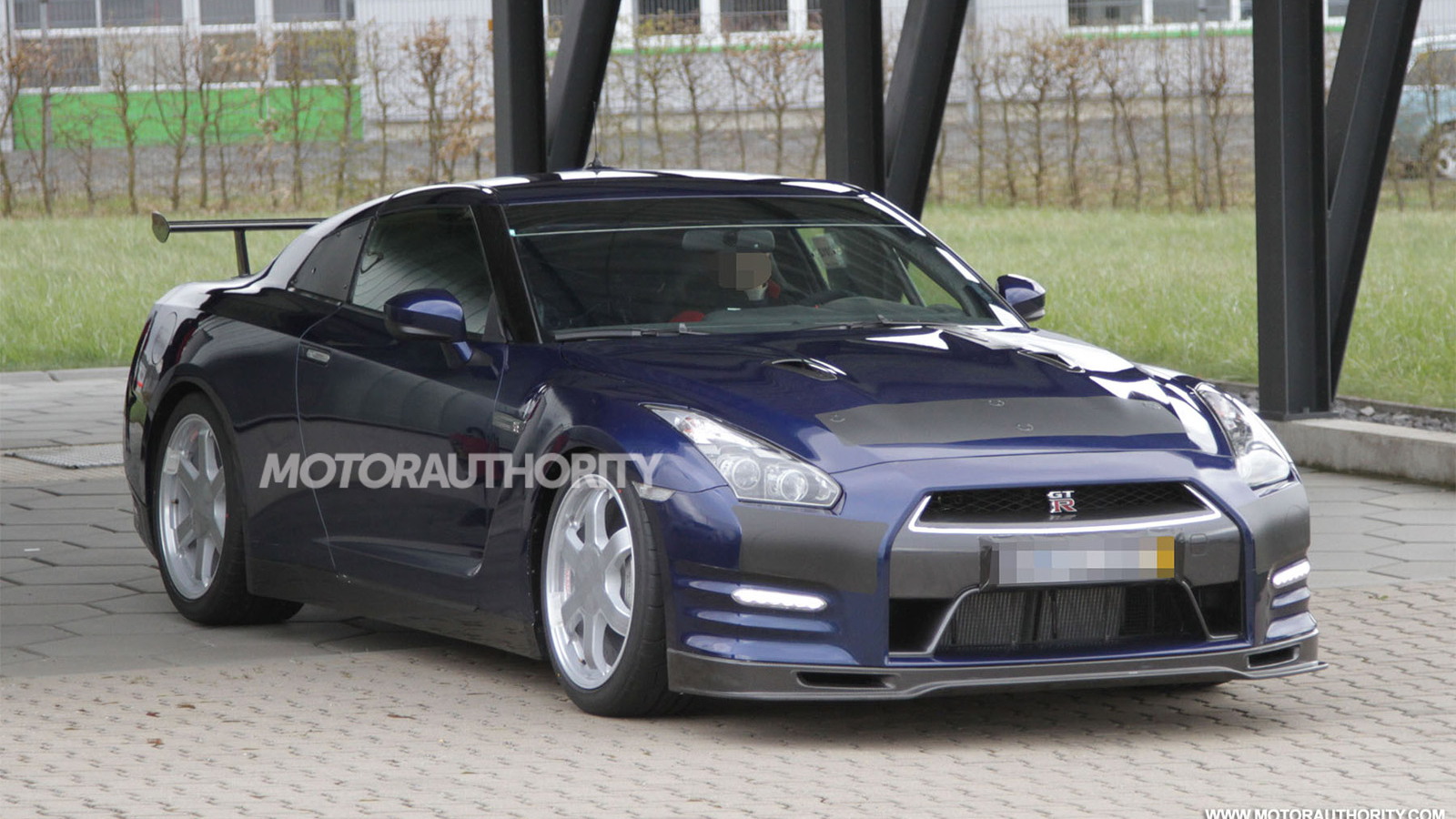 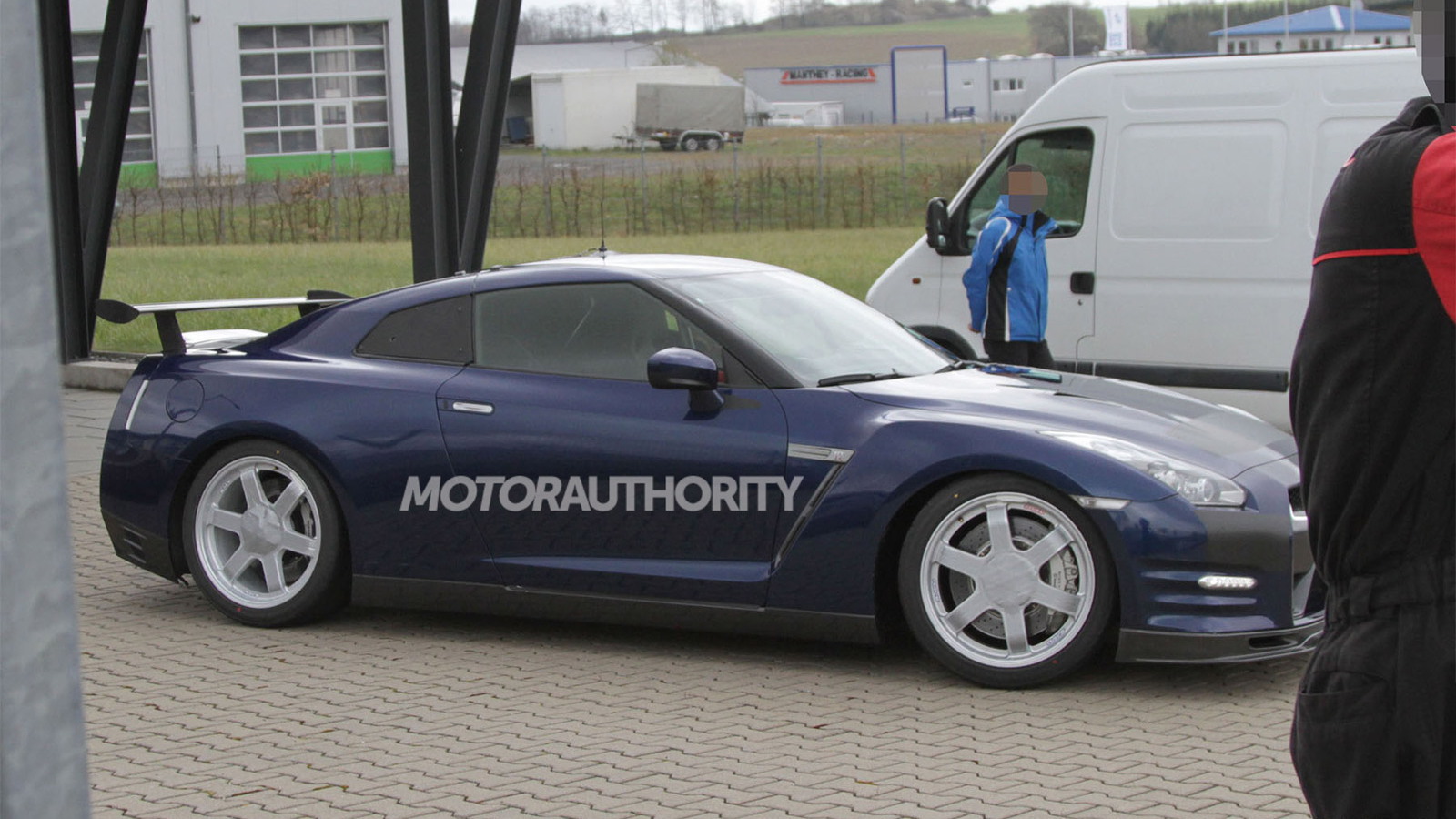 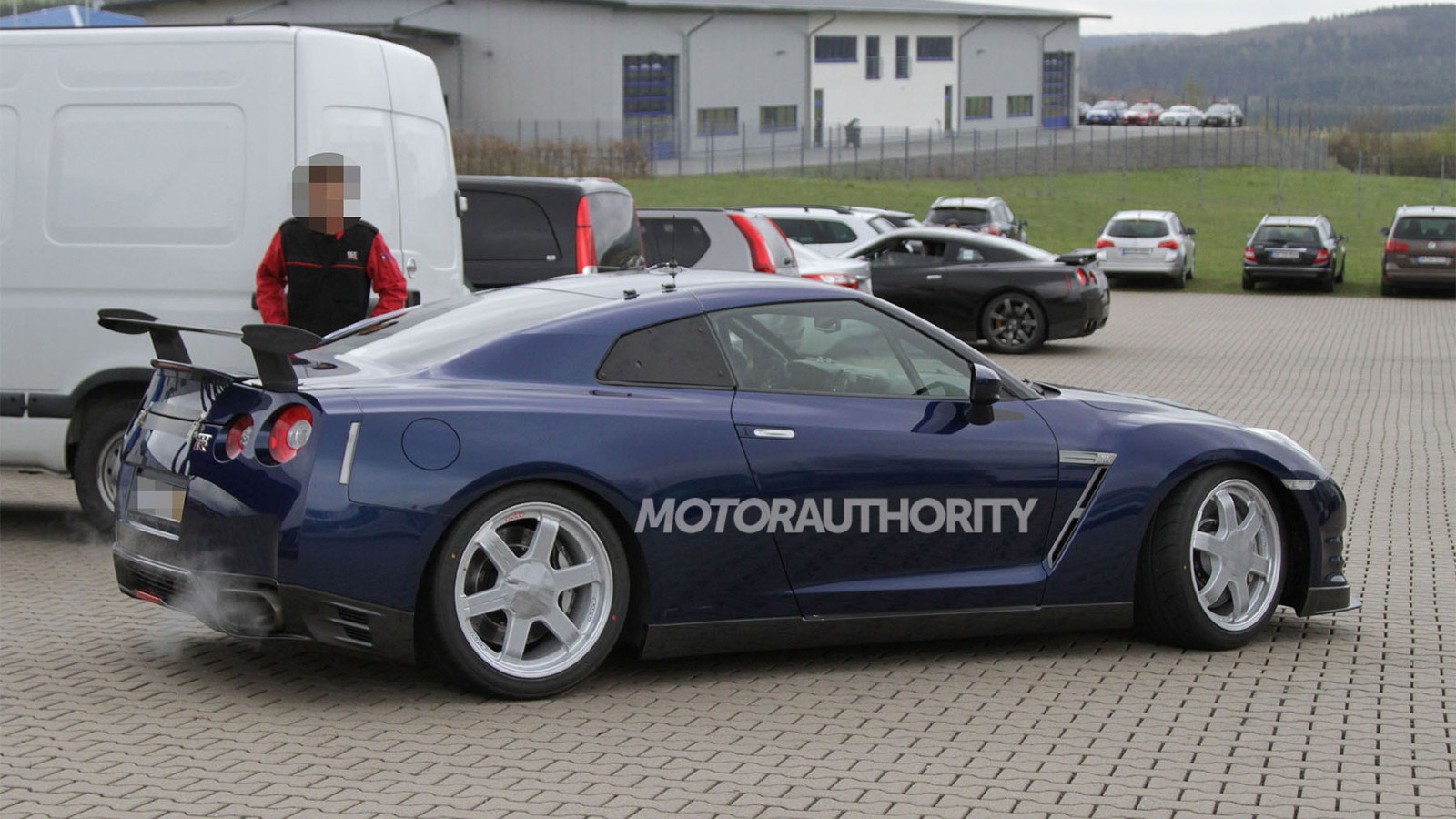 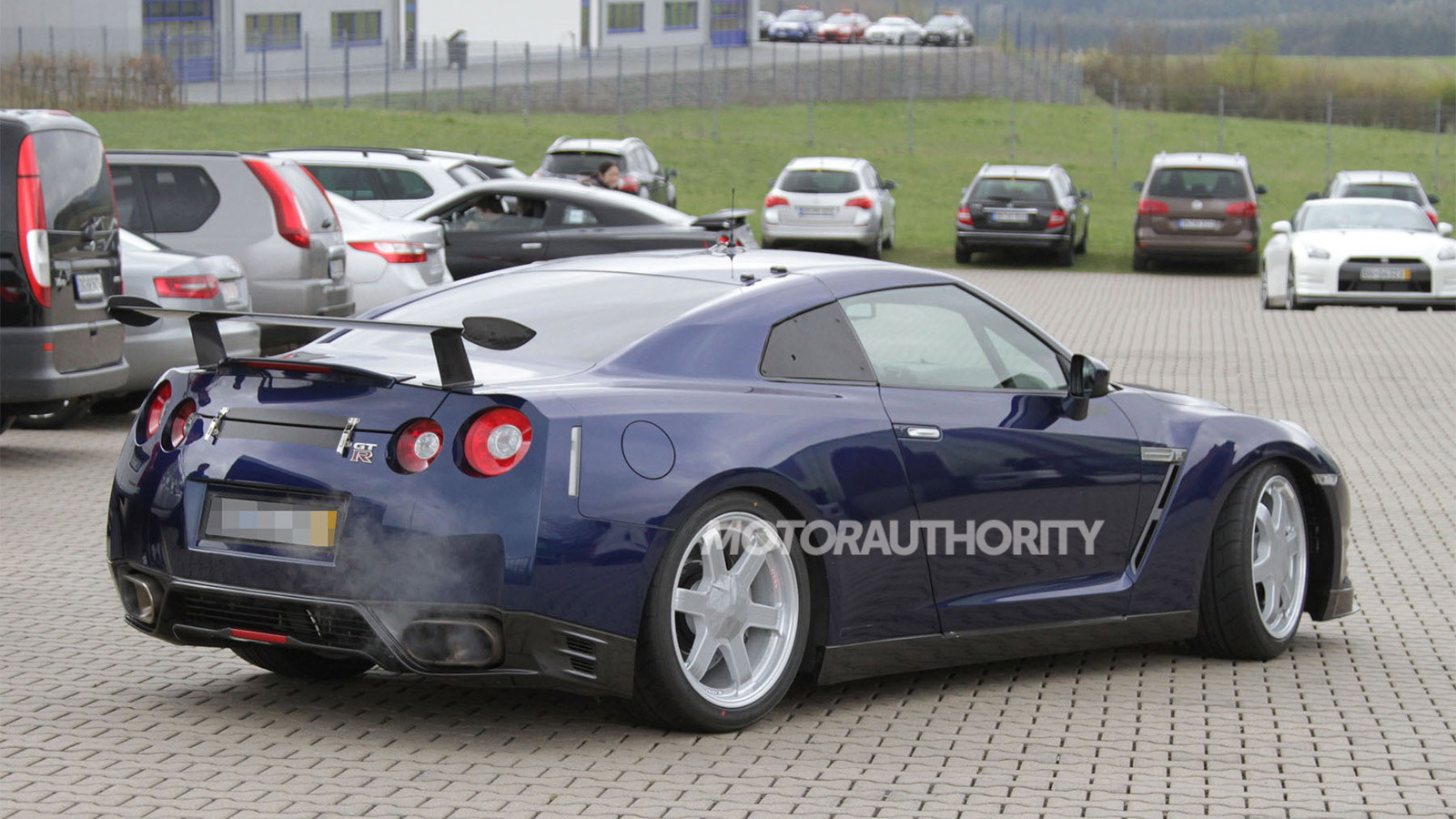 8
photos
A mysterious GT-R prototype fitted with a number of performance modifications has been spotted at Nissan’s test facility just outside the Nürburgring race track in Germany, suggesting that the automaker is hard at work developing a new performance variant of the iconic Japanese supercar.

A close in inspection of the vehicle reveals new details such as a lowered ride height, a full roll cage, custom wheels with a racing-style center cap and extra wide tires, and an oversized fixed rear wing.

While we would love this to be a prototype for a new track-focused GT-R model designed to take on the likes of the Porsche 911 GT3 and Chevrolet Corvette Z06, it’s most likely that the car is a test vehicle for Nissan’s entry for the Nürburgring 24 Hours taking place next month.

A few weeks ago Nissan confirmed that it was entering the grueling race with a 2013 GT-R, and not just any run-of-the-mill model but the race-ready Club Track Edition. At the time, Nissan said the car would be running some modifications, some of which appear on this prototype.

The automaker also released a few images of its Nürburgring 24 Hours challenger, one of which is pasted below, and it appears almost identical to this prototype, right down to the fixed rear wing, subtle bootlid spoiler and side window-mounted fuel filler cap. Other modifications listed include a stripped interior, slightly wider wheels and tires, more rigid suspension, bigger brakes, and a bigger fuel tank.