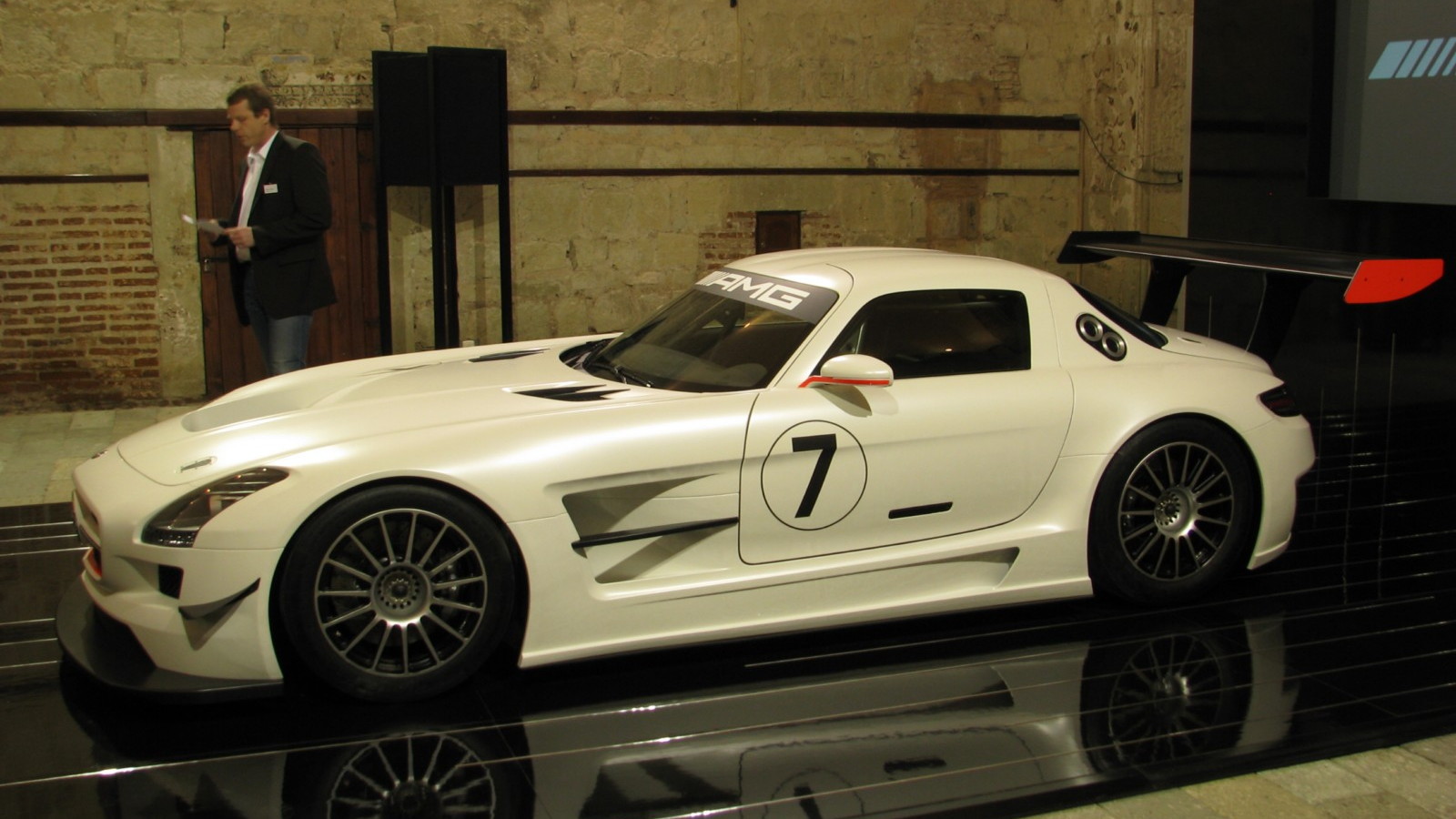 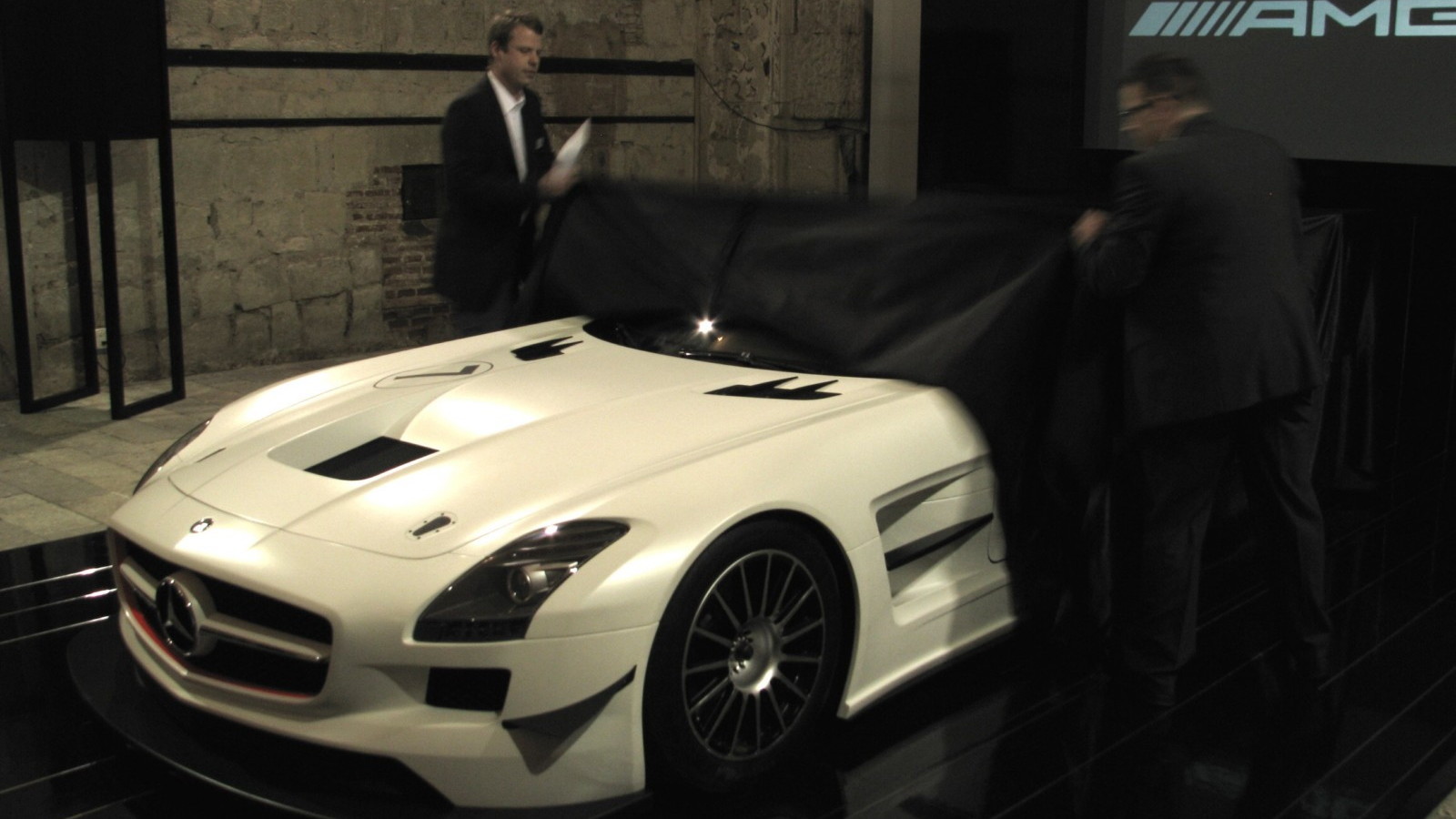 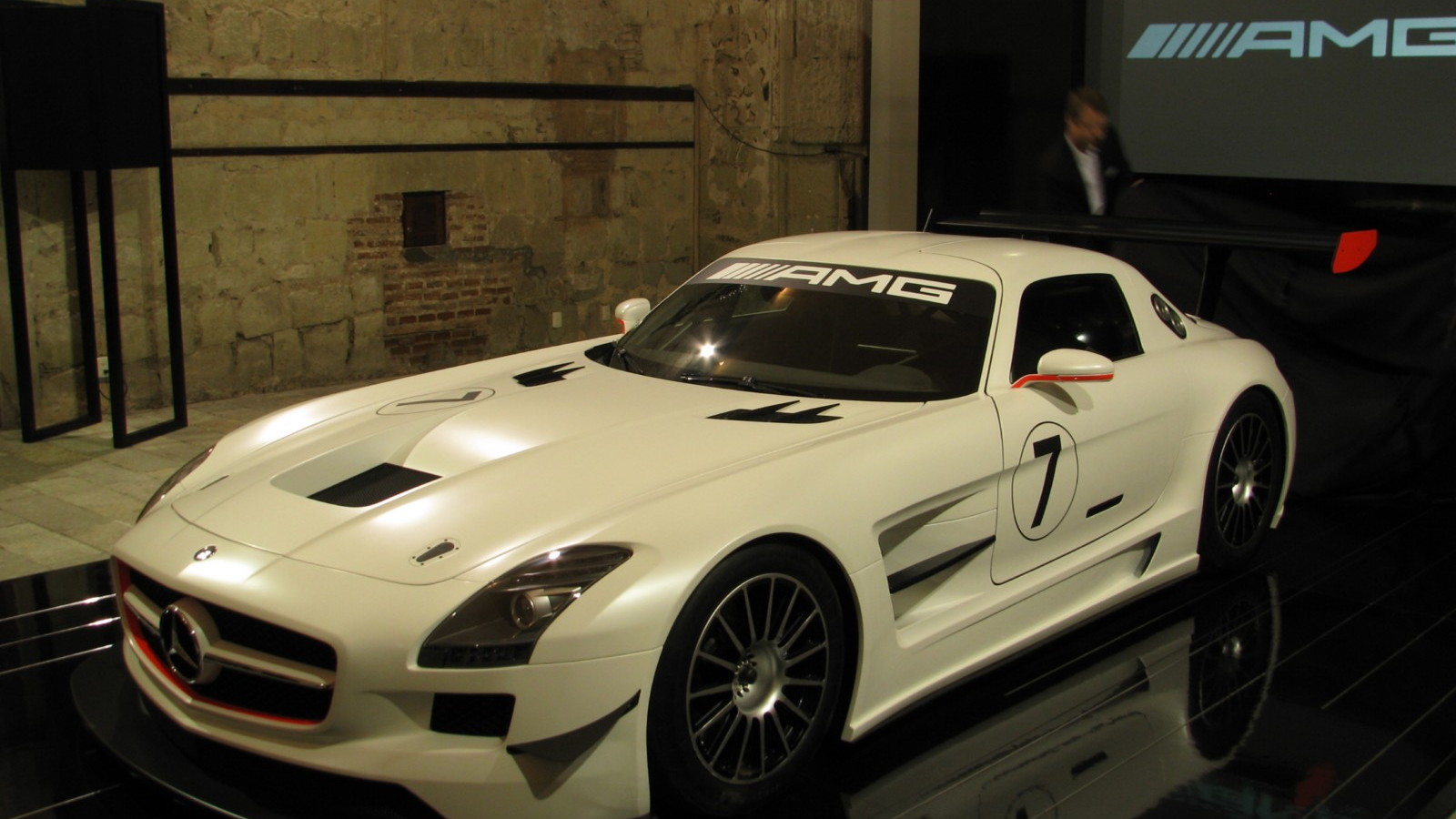 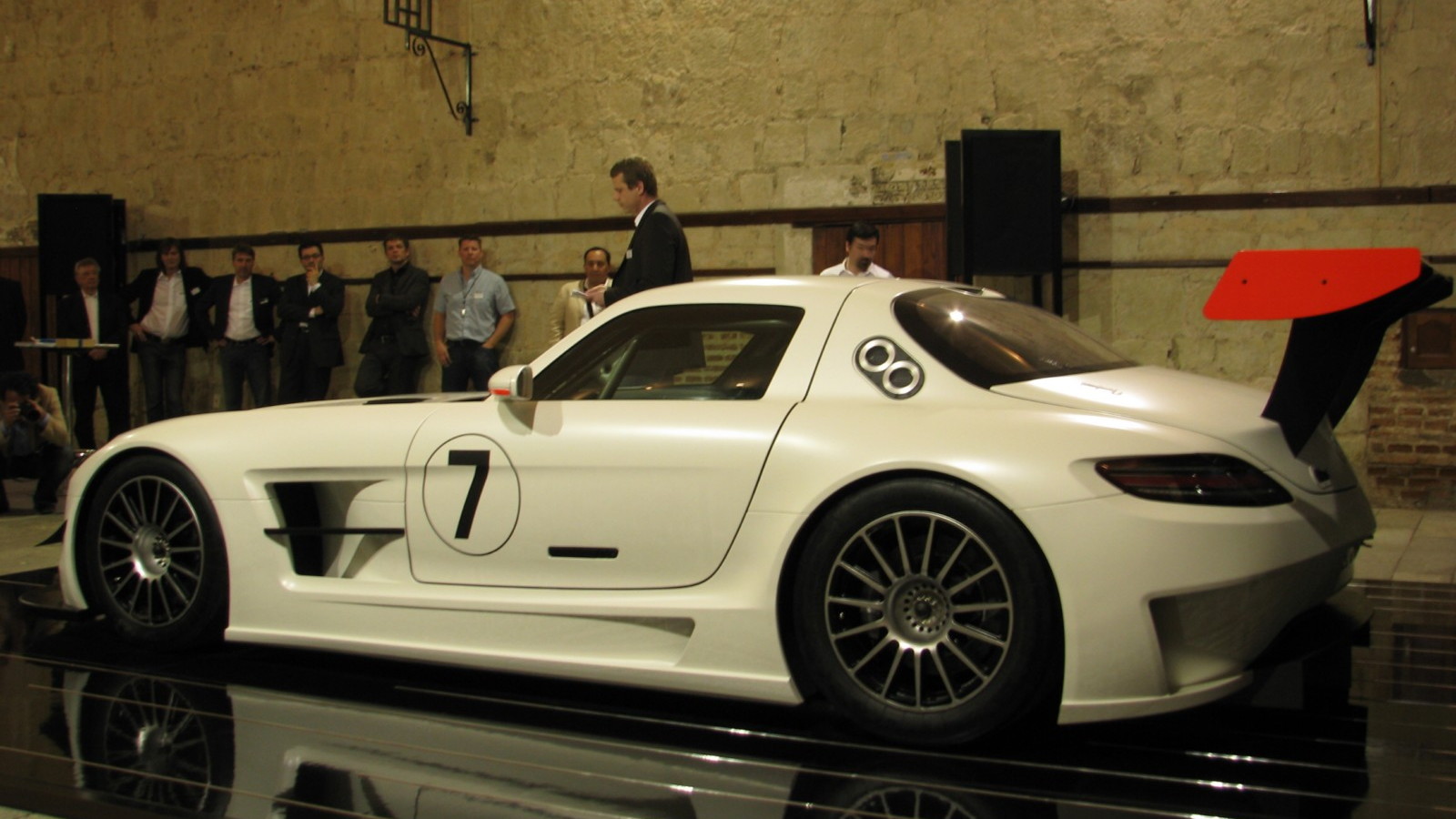 The wizards at AMG are still holding their cards close to their chest on the SLS AMG GT3 race car, which made its world debut in Oaxaca, Mexico this week. Specs and power figures for the car still aren't finalized, but the car is ready to race, right down to a suitably fierce engine and exhaust note.

Motor Authority was on hand to snap some of the first live photos and hear the roar of the GT3 fired up--in the confines of a hall in a Oaxacan convent that's now serving as a hotel--and these images illustrate just how racy the GT3 version of the impressive SLS AMG really is. The core differences are the aerodynamics: canards up front, a huge wing out back, both to provide the downforce necessary to corner at race pace. The car is lighter, too, with a deleted passenger seat, extensive use of carbon fiber, and all the safety upgrades you'd expect. Central locking wheels, an engine bay vent in the hood and a full underbody aerodynamics treatment are also part of the package.

The engine will be based on the same 6.2-liter V-8 engine that powers the 563-horsepower SLS AMG, but final power output will be weighed against the car's weight by the FIA to determine the final specification in order to preserve a competitive and close GT3 class. The GT3 car will be sold to customer teams to be campaigned around the world.

We'll have a full drive report and feature on the SLS AMG for you this week, but in the mean time, feast your eyes on the car that will campaign FIA races across Europe, including Le Mans--where it will face off against the likes of Corvette Racing, BMW, Jaguar, and more.