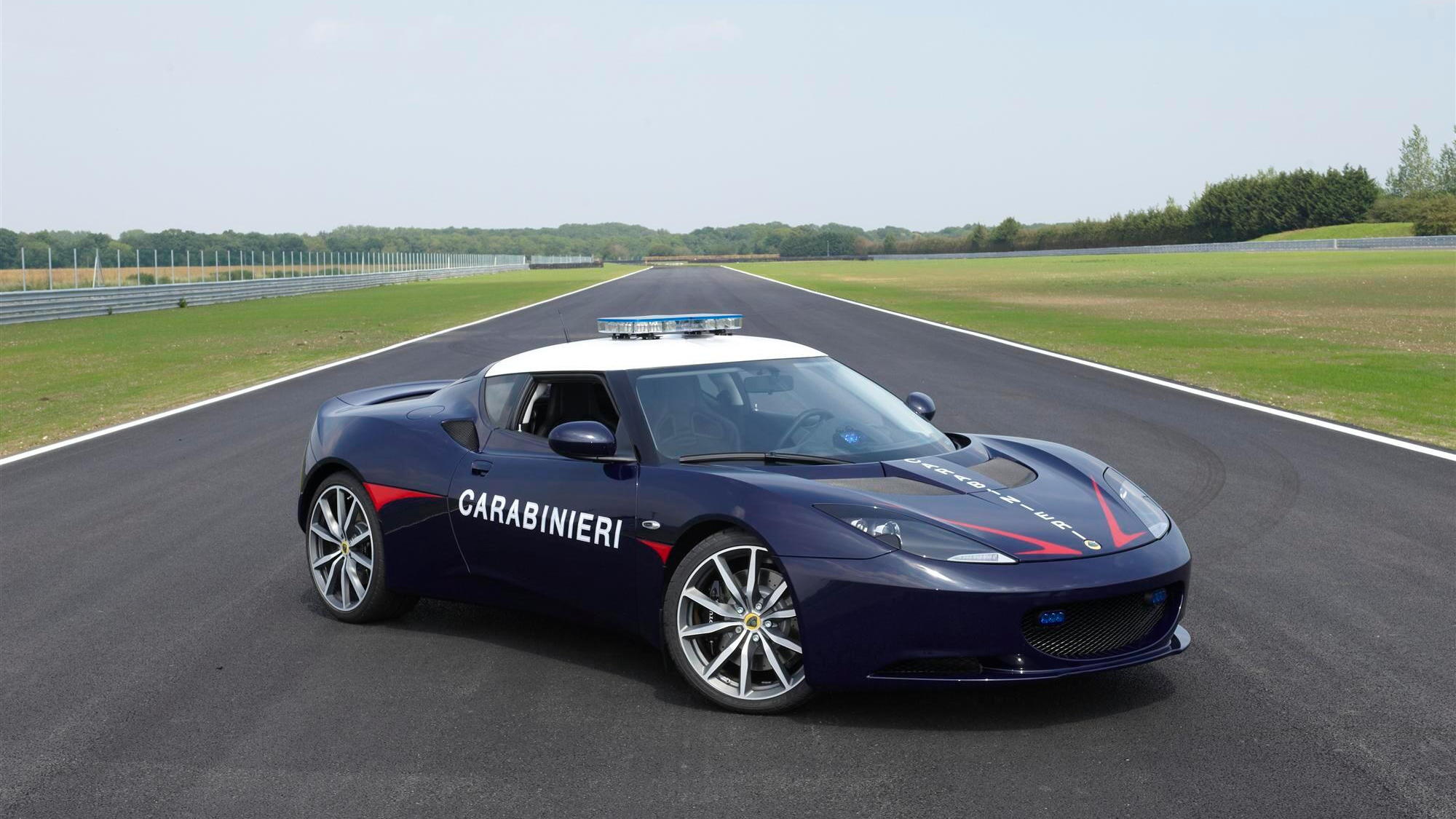 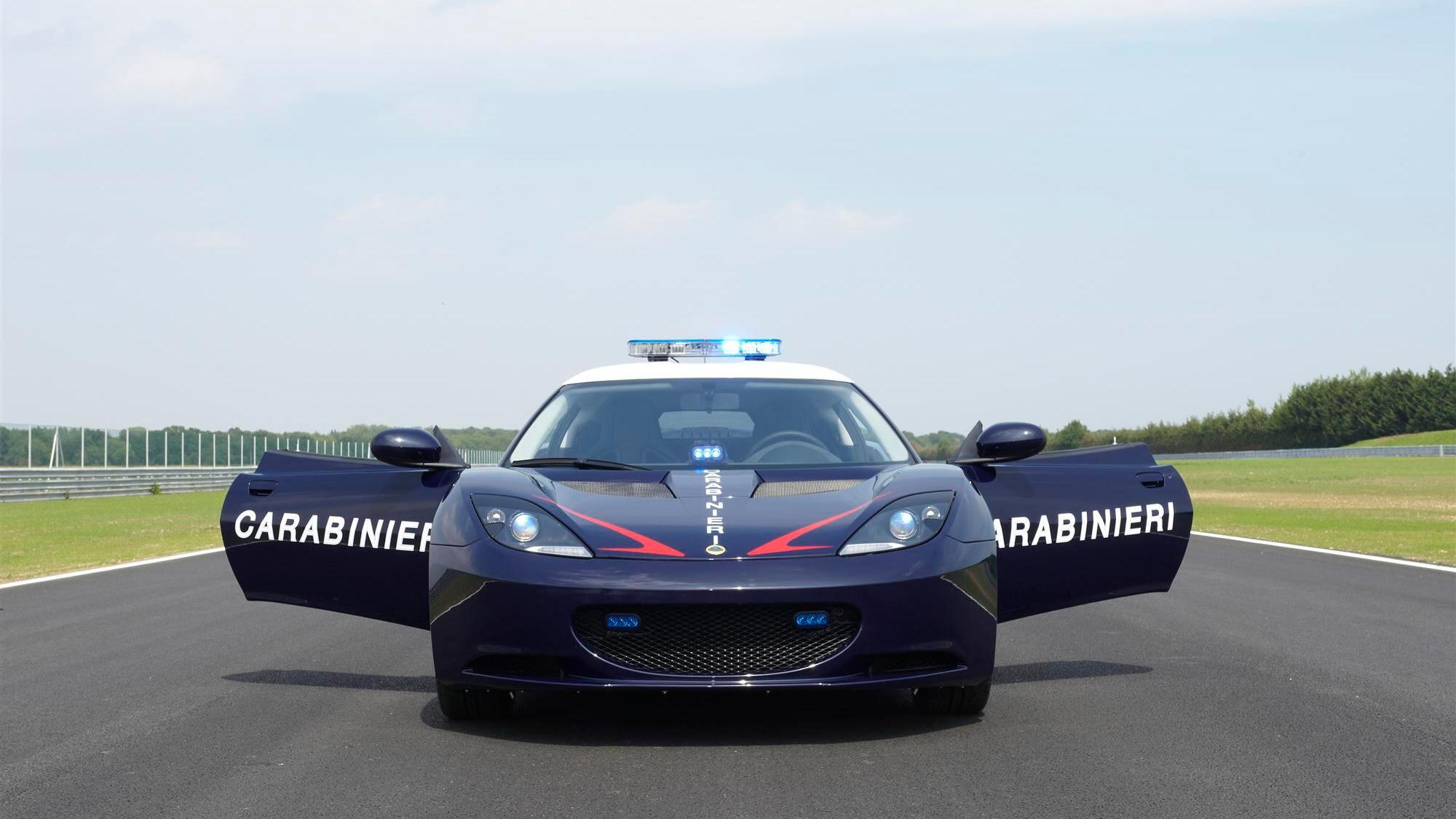 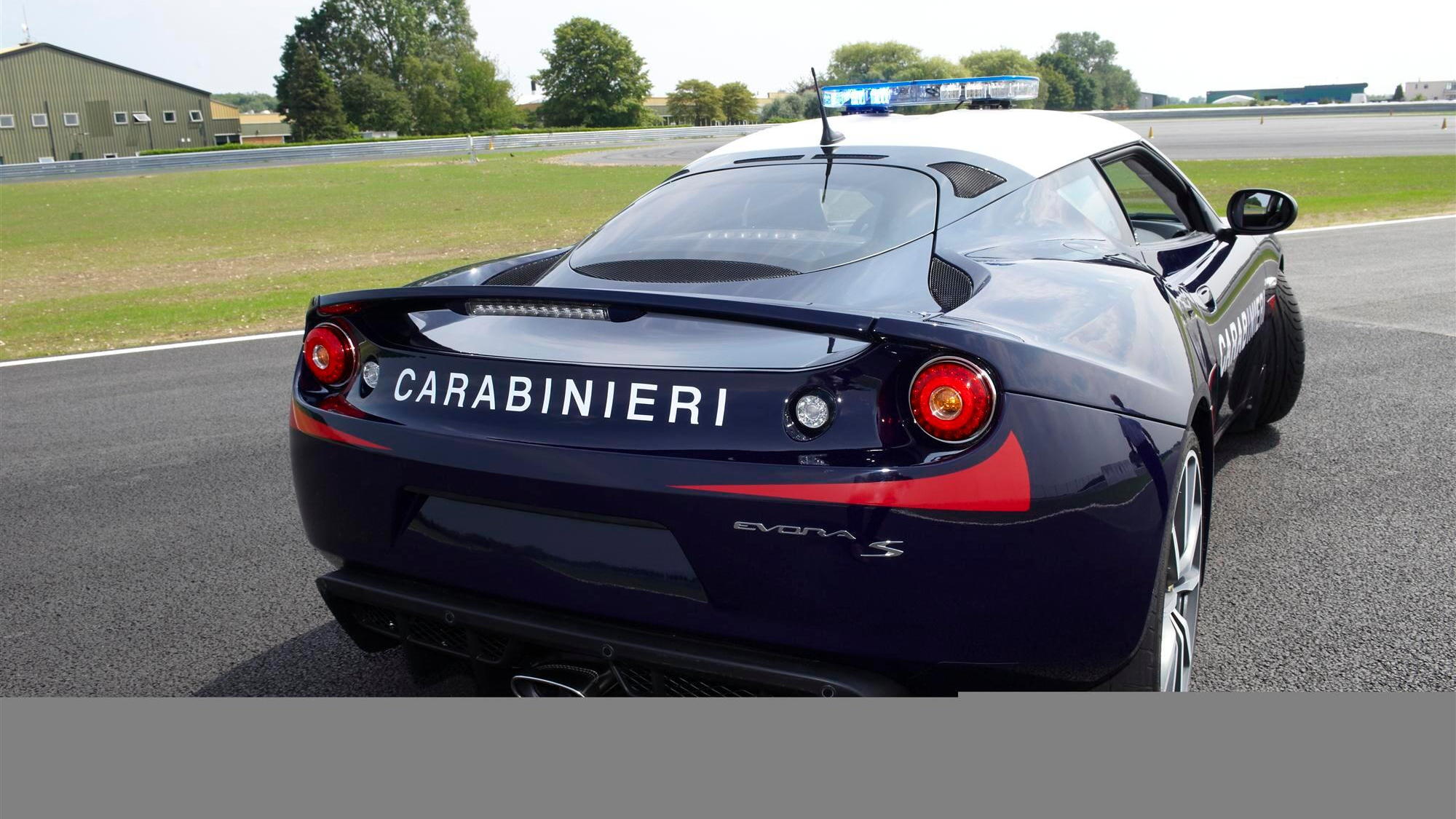 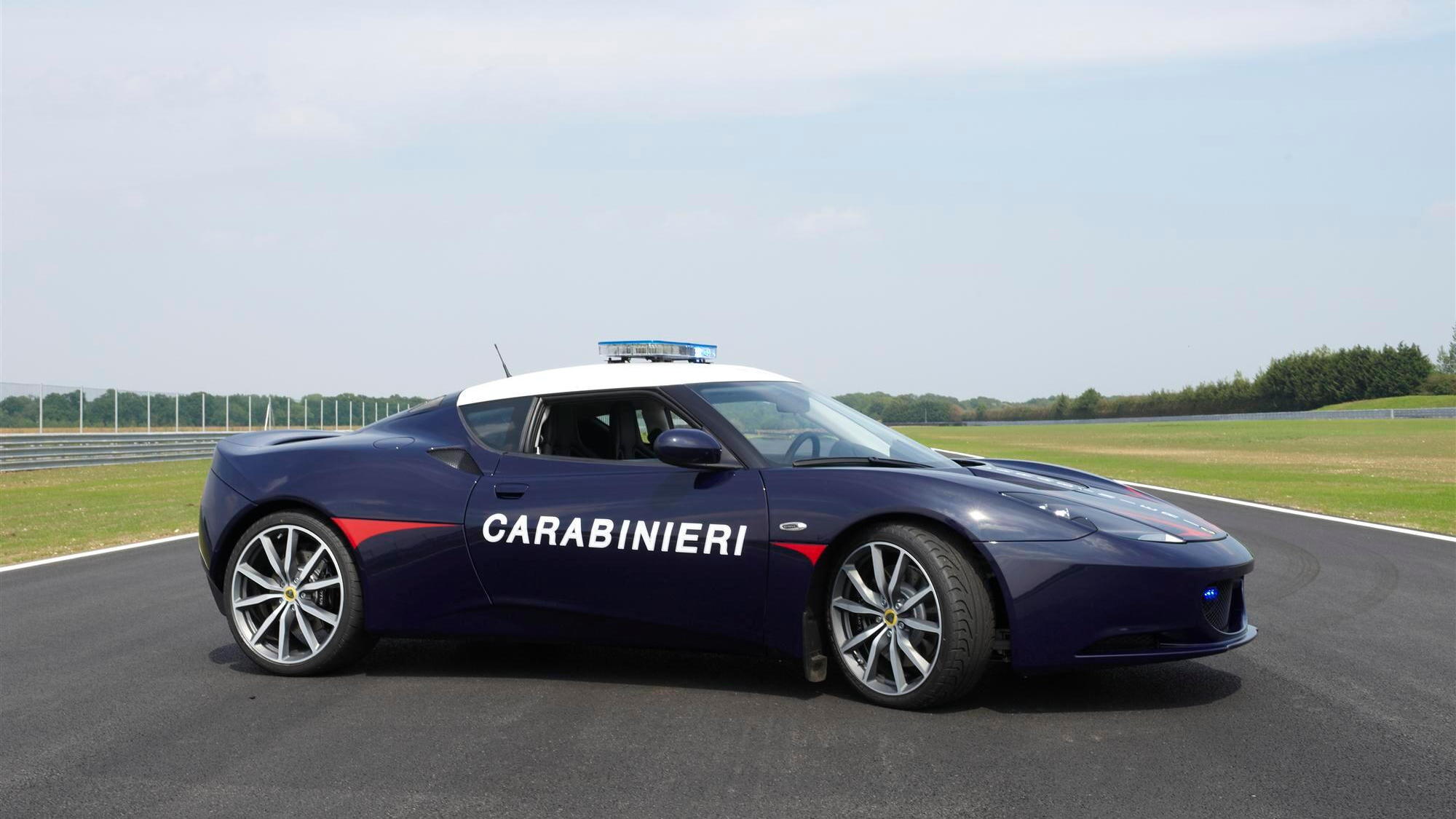 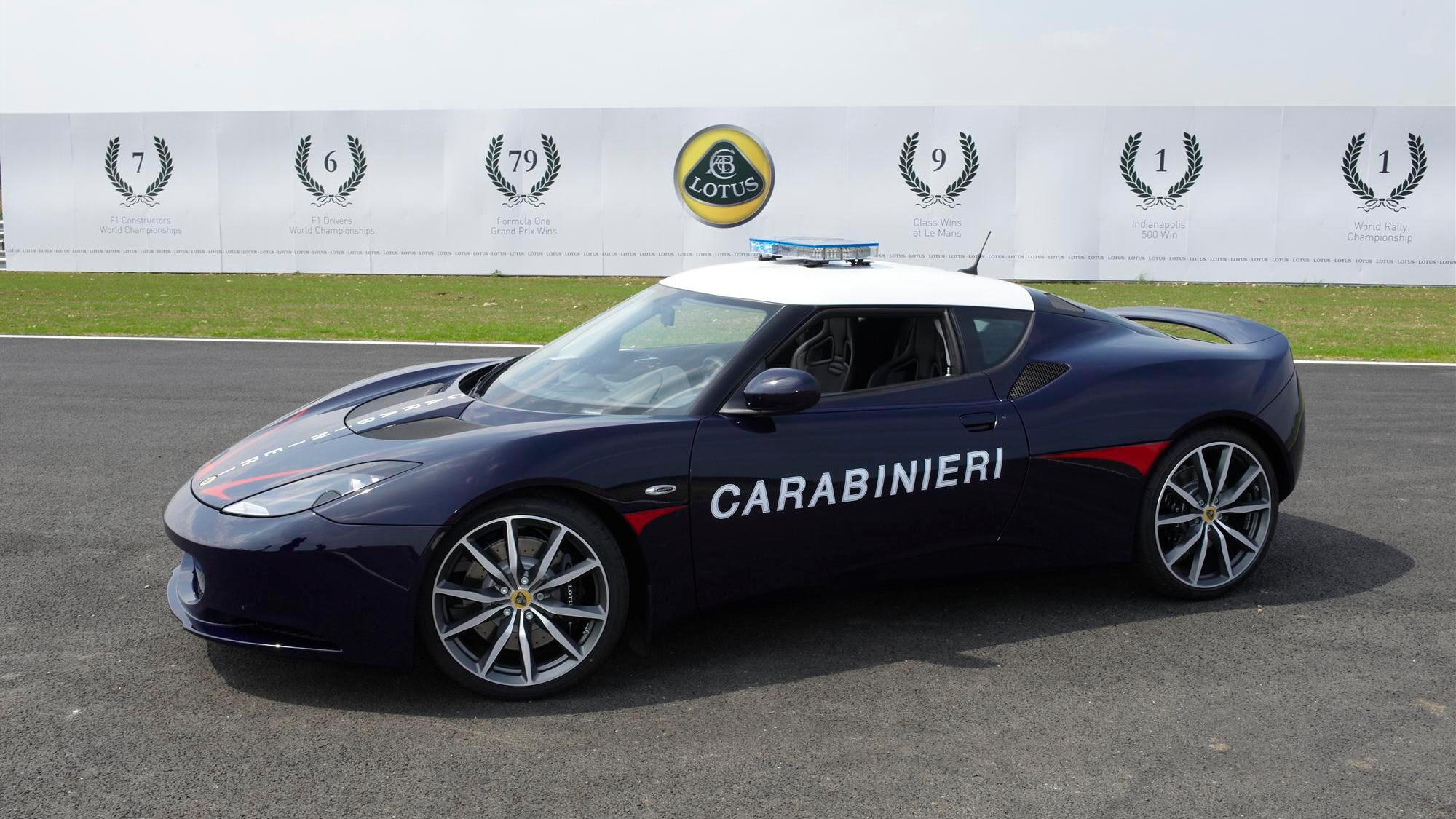 Italy's Carabinieri, a division of the Italian army that functions as a sort of federal police, have taken delivery of a pair of Evora S cars decked out in police trim. The cars will be used to transport organs and blood during medical emergencies.

To accomplish their role as emergency medical vehicles, the Evora S duo has been fitted with a special refrigeration compartment behind the front seats, a roof-mounted light bar, and a custom Carabinieri paint job. One car will pull duty in Milan, the other in Rome. The cars are on loan to the Carabinieri for a two-year stint.

Italy's police forces have a history of enlisting hot sports cars and supercars for official duty (and sometimes wrecking them spectacularly), but they're typically Italian in origin. That fact isn't lost on Lotus chief Dany Bahar. "Everyone knows that Italy has more than it’s fair share of high profile sports car manufacturers so it is a real honour for a relatively small British brand to be in this position. The feedback from the driver training on the Evora S at our test track was very positive, it’s such a responsive car to drive, I think the teams in Rome and Milan are really going to feel the benefit of working with our product."

For more on the Evora S, check out our first-drive review from the roads of the Monterey peninsula and the curves of Laguna Seca.