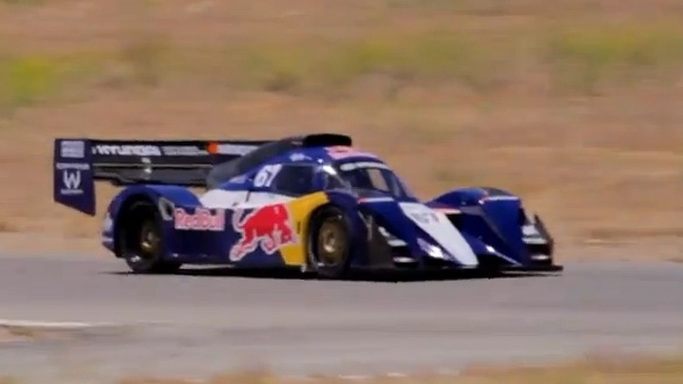 If you had a 42,000-acre testing facility in the Mojave desert, your name would probably be Hyundai. And you'd have a New Zealander named Rhys Millen and his dad, Rod, testing race cars in preparation for Pikes Peak.

Rhys will be in the fairly radical PM580 prototype car for the unlimited class, this time with a full year's setup work to improve on the limited setup time the team had for last year's run up the mountain. Rod will be in a Genesis Coupe for the two-wheel drive class.

Can Rhys break the 10-minute barrier? Will Rod dominate in his class? There are a lot of things that can go wrong on Pikes Peak, but this video shows the lengths Hyundai, Red Bull, and the Millens are going to to minimize the issues and maximize their chances of success.