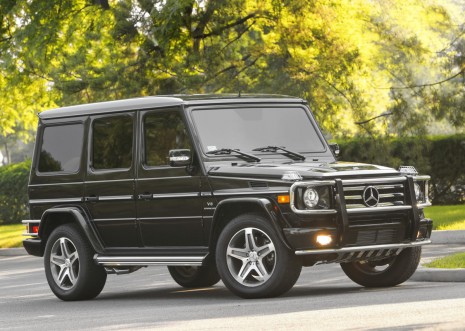 File this one in the unsubstantiated rumor bin for now, but reports out Europe indicate Mercedes-Benz is working on a twin-turbo V-12 version of the G-Class for a special 200-unit limited run as the sun sets on the platform. If it is built--and that's doubtful--it would potentially mean a 600-plus-horsepower SUV to make the likes of even BMW's X5/X6 M and Porsche's Cayenne Turbo shake in their gigantic wheel wells.

The move isn't unprecedented--AMG built a handful of G63 AMG SUVs powered by the 444-horsepower naturally-aspirated V-12 in 2002. Those vehicles were built to order, however, and total sales estimates number around seven. There are even hints--though we can't back them up--that AMG has built a G65 before, though it it may have been as few as two vehicles, as demonstration cars for its build-to-order program.

Of course, the tuning world is no stranger to shoe-horning the twin-turbo AMG V-12 under the hood of the G-Class, so we know it's at least theoretically possible. Considering the G-Class is now coming to an end, and has already received a pair of special-edition vehicles to mark the occasion, it's at least plausible. But is it likely? Not very. And even if it is built in limited numbers, finding 200 wealthy buyers may prove beyond difficult.

Still, the idea of such a brutish, boxy brush basher makes us smile.