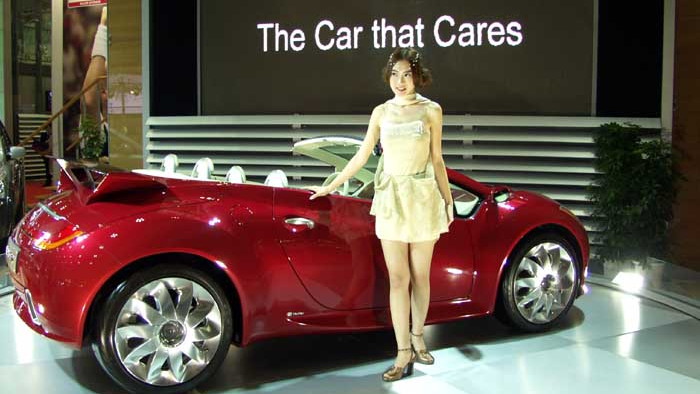 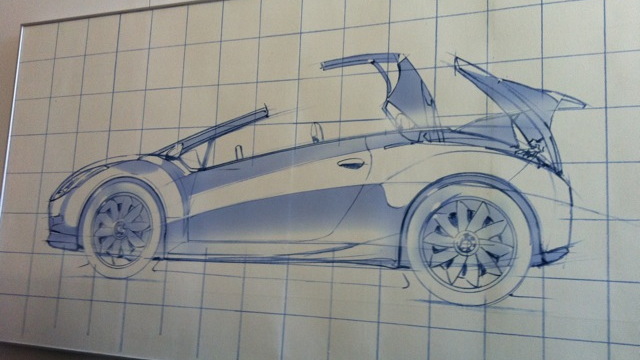 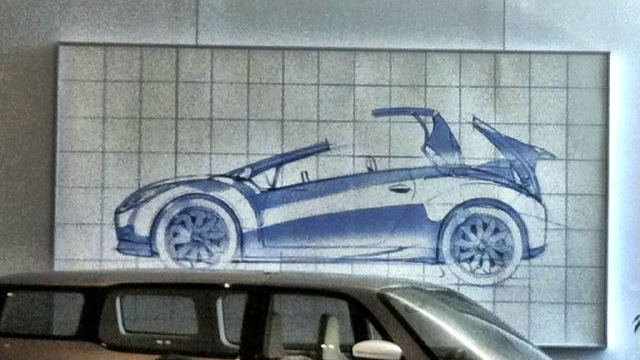 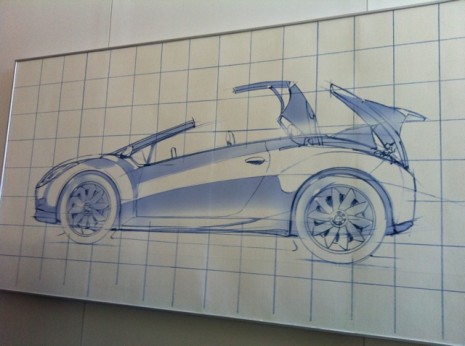 An MPG (Motor Press Guild) meeting underway at Kia's North American headquarters today, and the image above, tweeted from the meeting by PickupTrucks.com's Mike Levine, shows a sketch for a proposed two-seat halo roadster.

Our first impression was that of a Mazda2 convertible. Upon closer examination, we realized it's actually a sketch of an official image of the Kia KCV III concept released way back in 2003. That's a curious fact.

What's not visible from the image, and not yet revealed from the meeting, is whether the car is front- or rear-wheel drive. We have a hard time envisioning a halo two-seat hard top convertible that powers the front wheels--particularly if it's to take on cars of similar layout as an image leader. Given sister-brand Hyundai's Genesis Coupe platform, however, there's every possibility the Kia roadster plans to leverage that into a smaller, open-top package.

If it manages to pick up a potent turbocharged four-cylinder as well, we could have the makings of a very interesting car indeed. Of course, it remains to be seen if Kia can tune a chassis and suspension setup that would compete on sporting grounds with the likes of Mazda, BMW, or Porsche, should it aim for the sharp end of the market. None of our experiences with Kia's sedans or hatches thus far has us convinced it's a sure thing.

We'll keep our ears to the ground for more details as they develop.