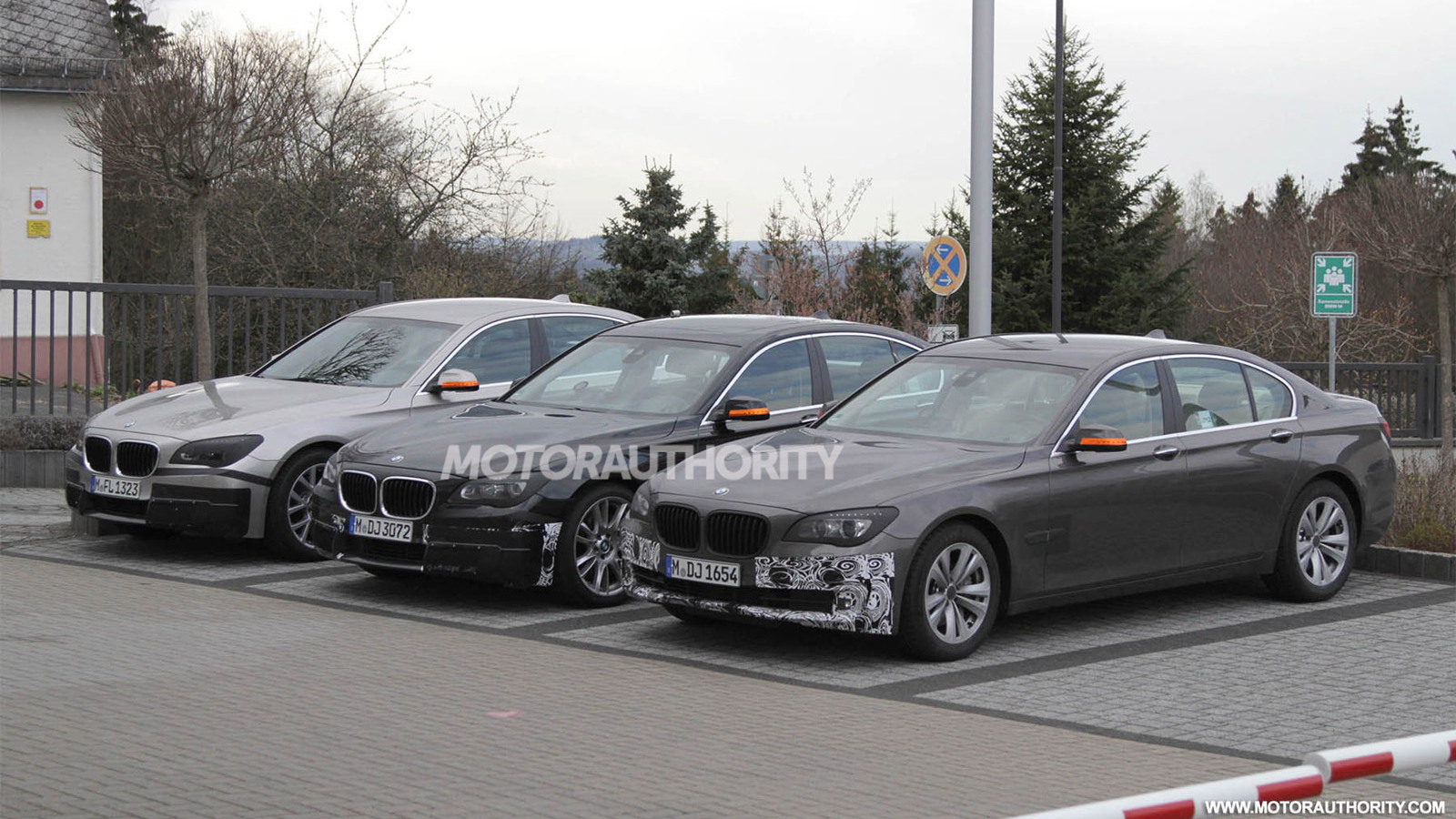 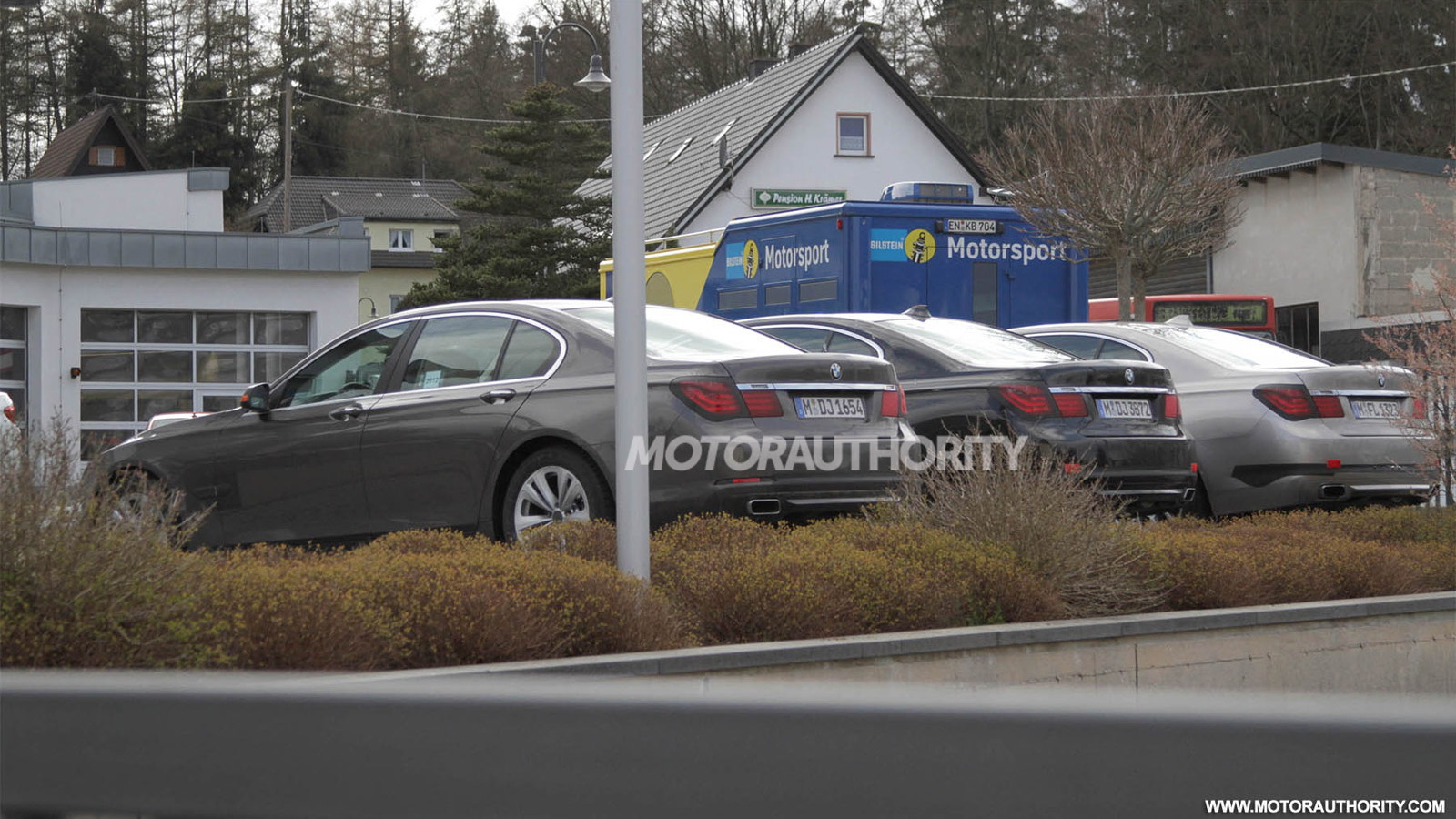 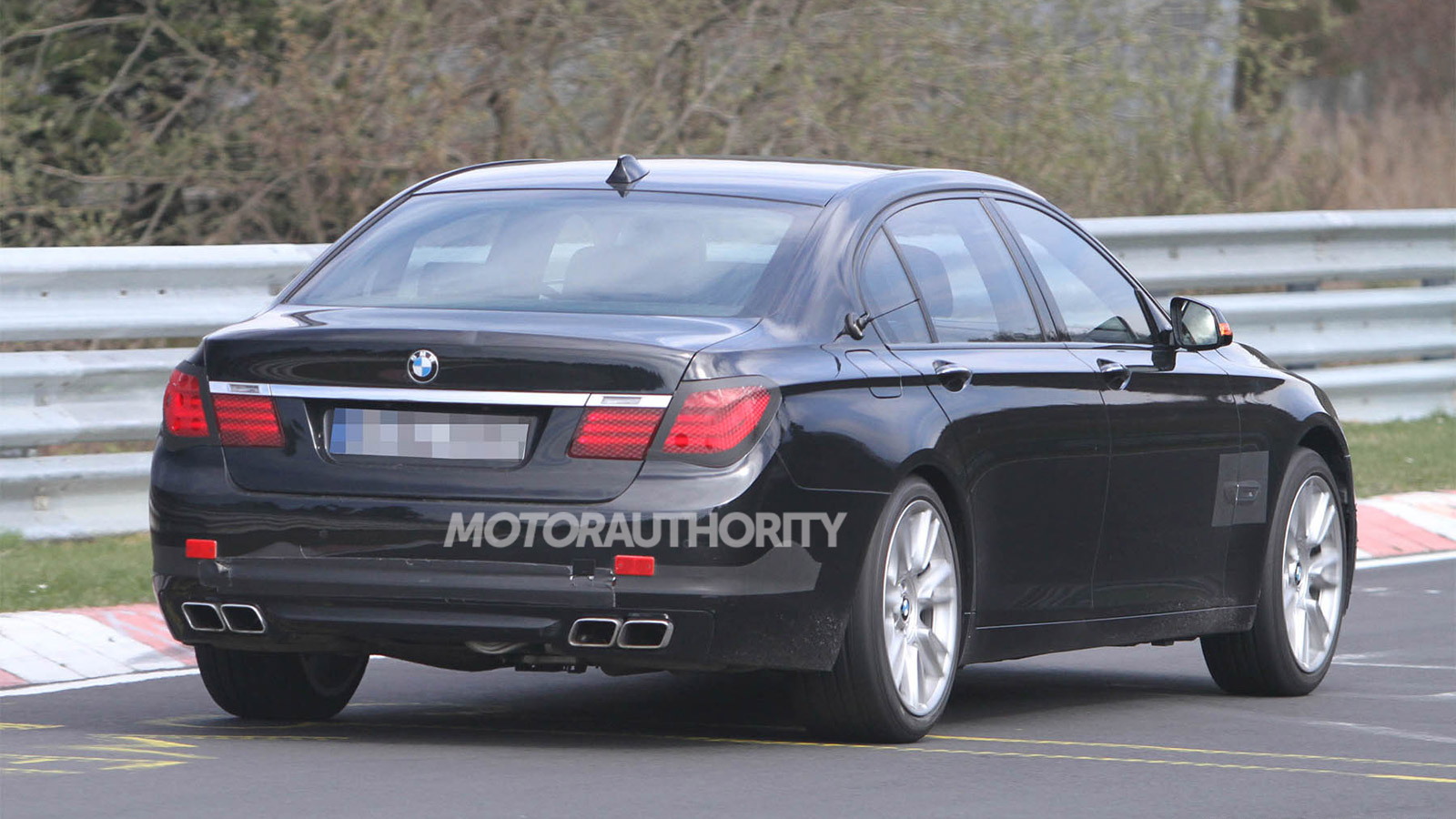 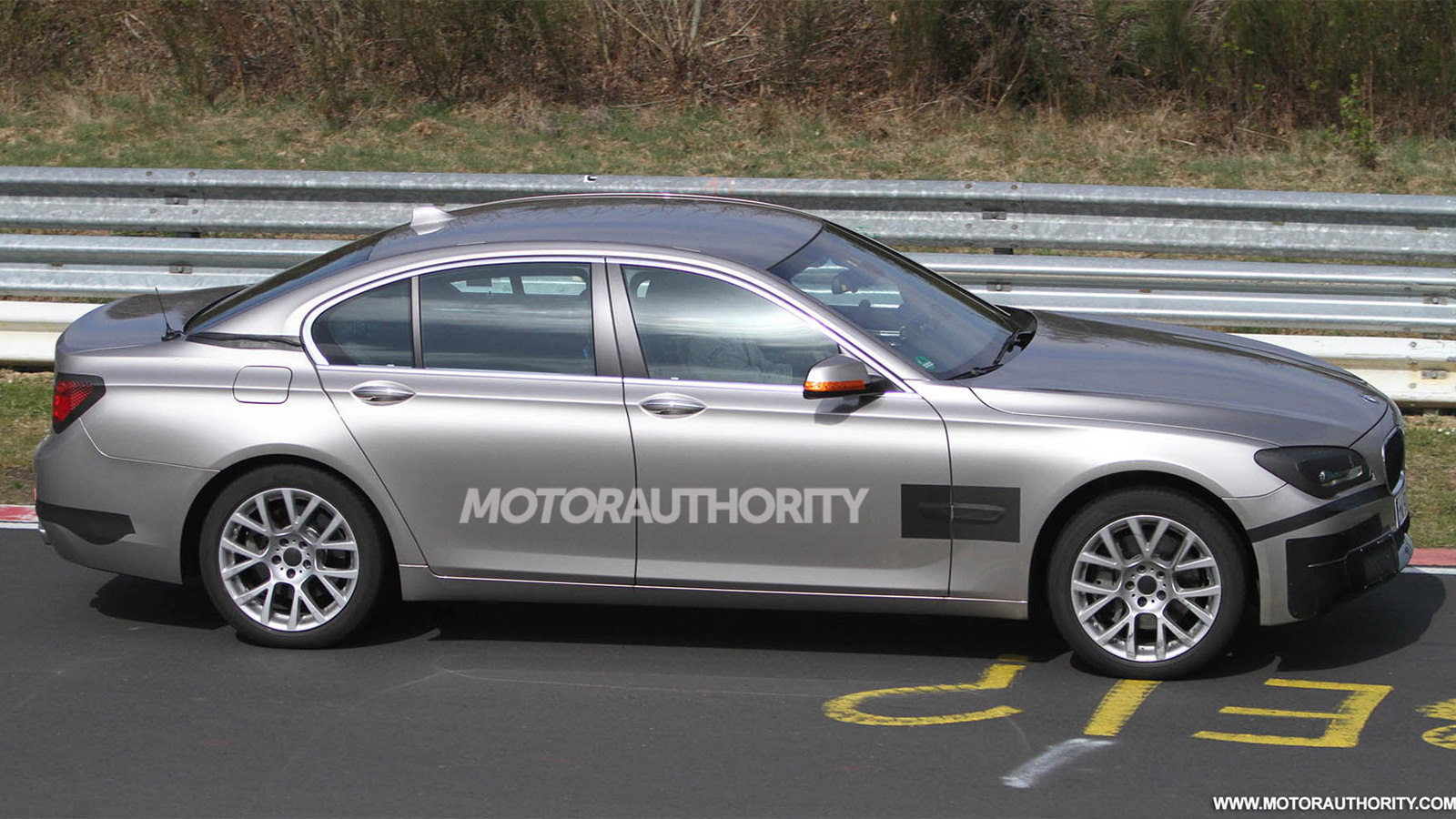 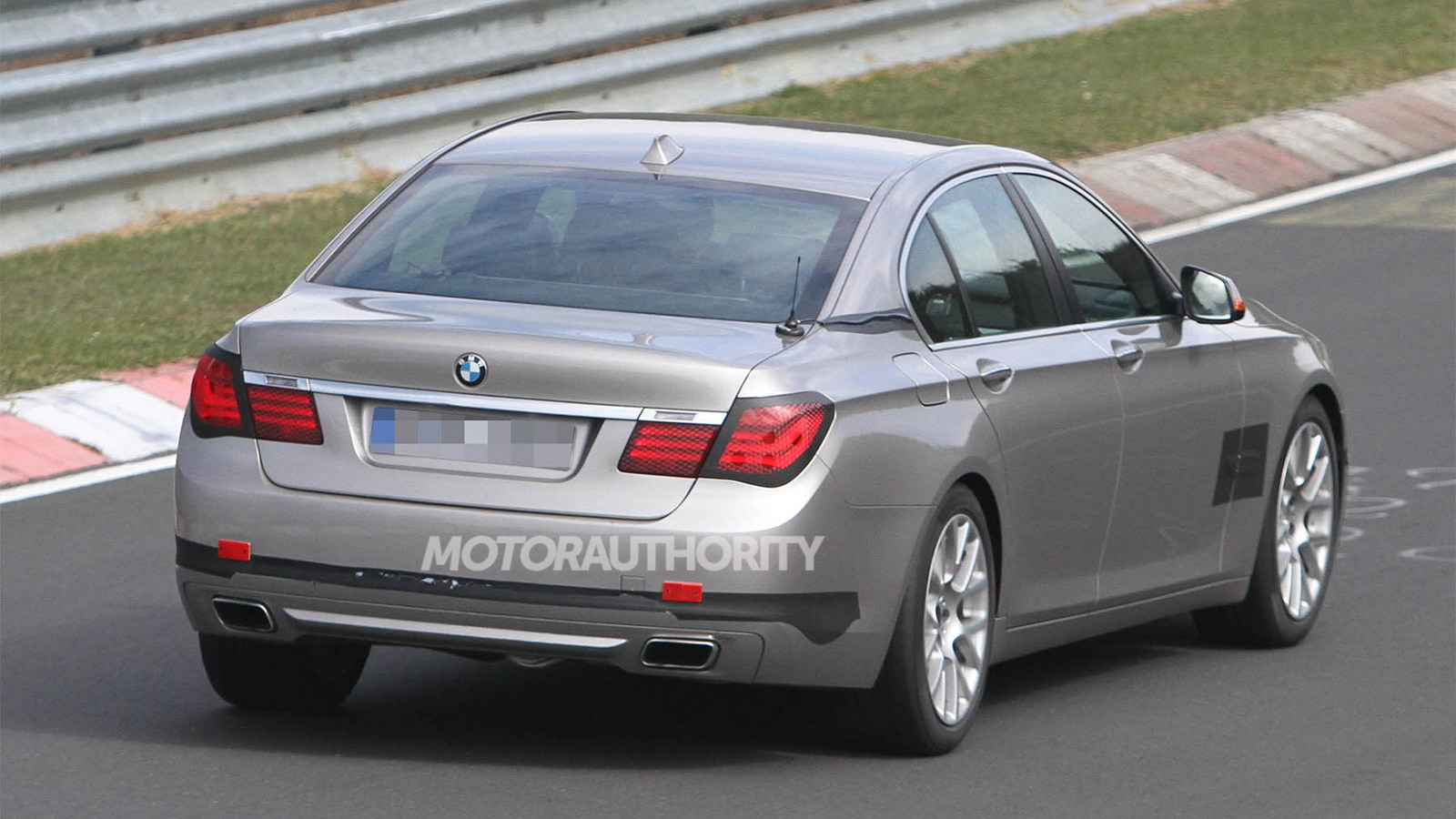 17
photos
In order to compete with the brand new 2013 Mercedes-Benz S-Class set to be unveiled this year, BMW will launch a facelifted version of its 7-Series, which has been spied testing in prototype form, and now with the least camouflage yet.

The latest shots show three different prototypes, each testing a different a powertrain destined for the car.

The shots also show that BMW is leaving the styling of its flagship sedan mostly unchanged.

That’s because the bulk of the changes will be taking place under the skin, including some revisions to the engine lineup. However, there will be some subtle changes to the exterior as can be seen by the new bumpers, which resemble the units on the new 2012 3-Series.

In addition to this, the overall shape of the headlights will remain the same but new LED accents will feature. The indicator lamps will consist of a new row of LEDs situated at the top of the headlight unit. BMW should also offer an all-LED headlight option, just as it doing with the new 6-Series range.

Other changes should include new wheel designs, those restyled bumpers, plus a revised rear spoiler.

As for the mechanical package, expect more power across the range starting with the base 740i, which may see as much as 350 horsepower, while the 750i may see a jump to around 450 horsepower. No word if BMW plans to keep its V-12 powered 760i, though we do know that there will be an updated B7 model from Alpina.

All engines should be matched to the latest variation of ZF’s eight-speed automatic transmission, and we could even see a number of new EfficientDynamics features appear such as brake energy recovery, engine stop-start and more electronically powered ancillaries.

Look out for a debut of the facelifted 2013 BMW 7-Series at the 2012 Beijing Auto Show this month, an appearance that will once again highlight the growing importance of the Chinese market to automakers all around the world.