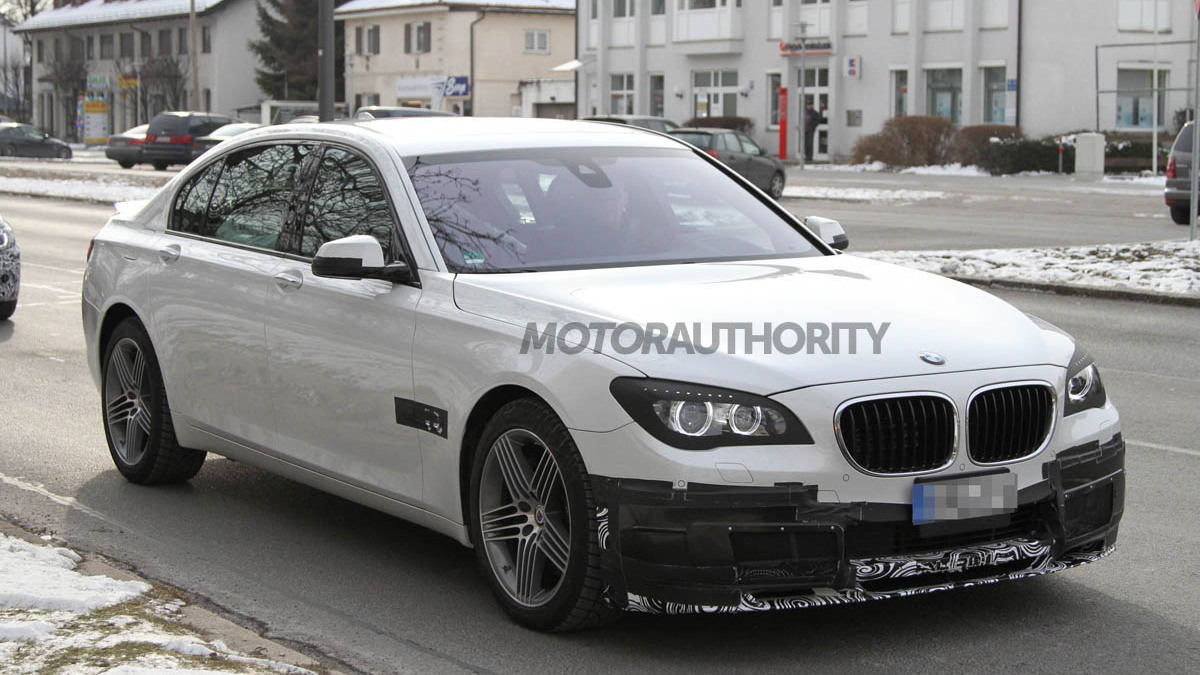 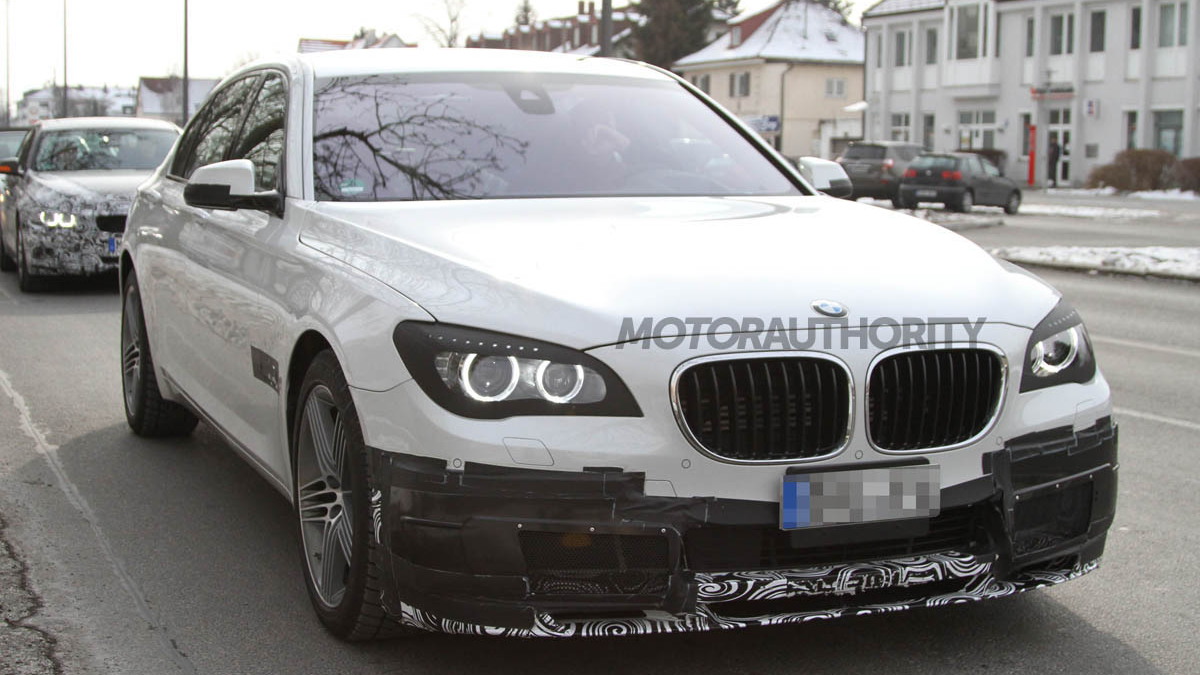 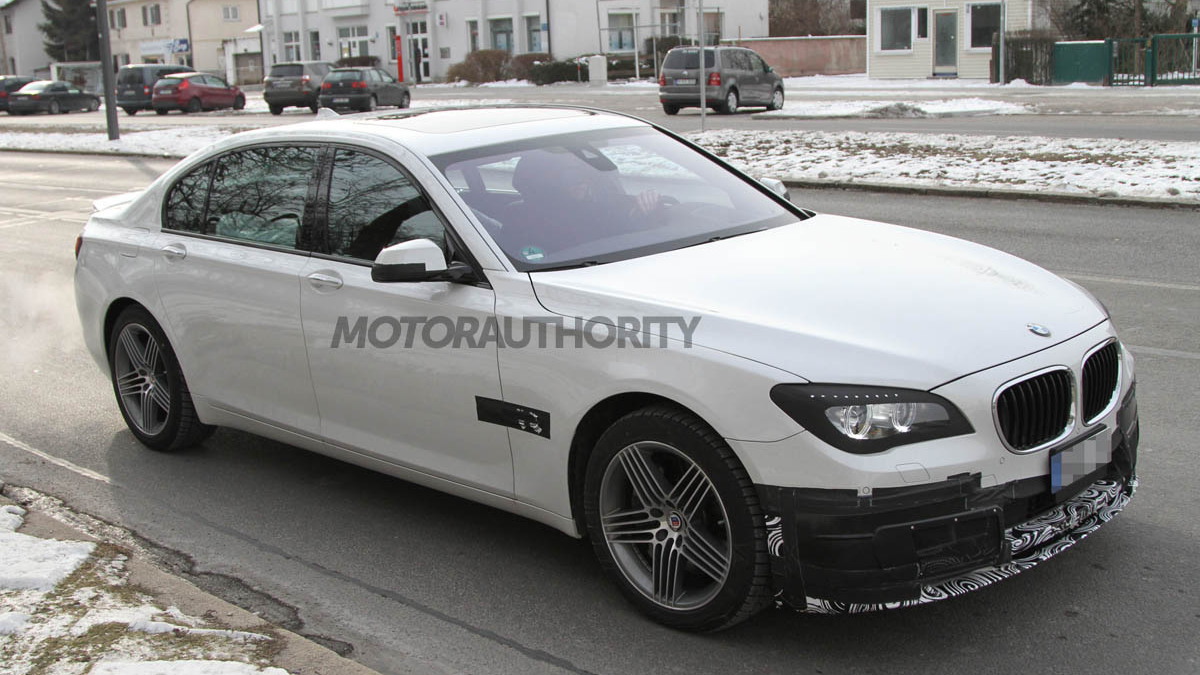 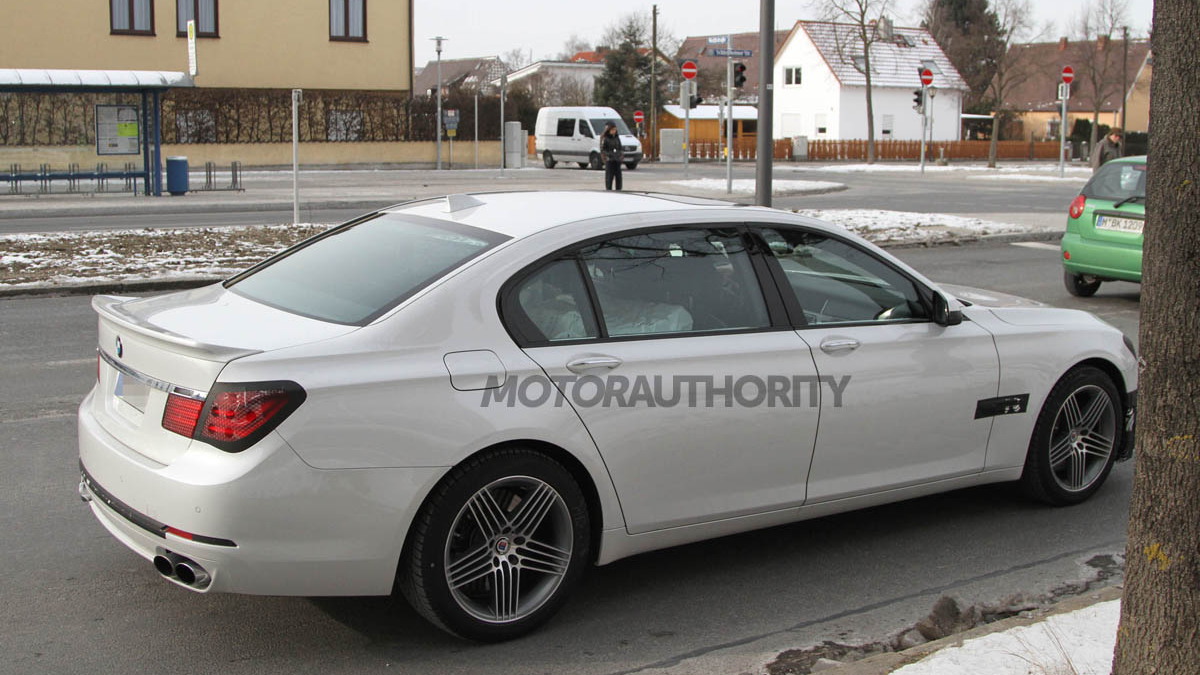 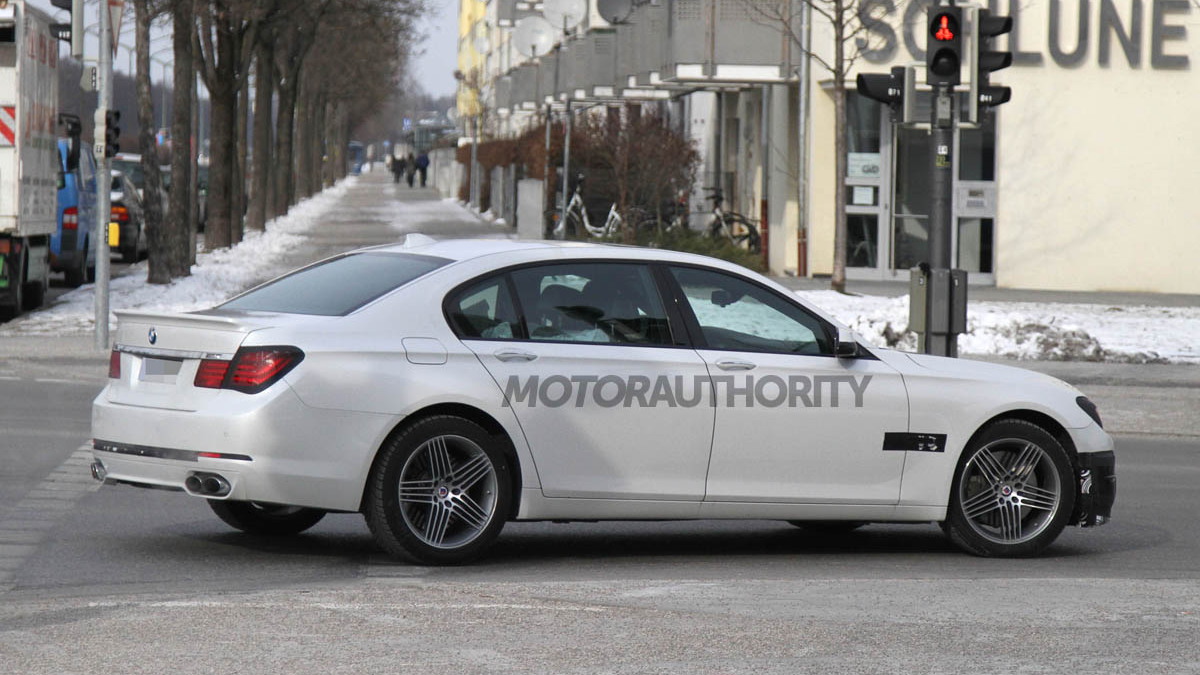 7
photos
These are the first images of the upcoming Alpina B7 facelift, captured during testing in Munich this week.

The Alpina B7 is a factory-approved hot version of the 7-Series, approximating a sort of M-tuned version of the big sedan--or the closest we're likely to get. The facelifted version wears slight changes in the front aero, plus some tweaks to the lighting at each end. Beyond that, there doesn't appear to be much changing for the next iteration--much like the upcoming facelift of the standard 2013 7-Series.

Under the hood of the current B7, and likely the next, lies a 500-horsepower Alpina-tuned twin-turbo 4.4-liter V-8 engine. Matching the power with 516 pound-feet of torque, and BMW's xDrive all-wheel drive system, the B7 is quick, scampering to 60 mph in just 4.5 seconds. A six-speed Alpina-tuned Switch-Tronic automatic transmission shifts the gears.

In addition to the exterior tweaks and performance upgrades, the Alpina B7 also gets a nice cross-section of the best of BMW's technology and comfort, including BMW Apps, rear-seat entertainment system, navigation, premium sound system, iDrive, night vision with pedestrian detection, lane departure warning, active cruise control, blind spot detection and a host of other features.

Look for the next Alpina B7 to hit the roads sometime in early 2013, though we'll keep you posted on any updates before then.