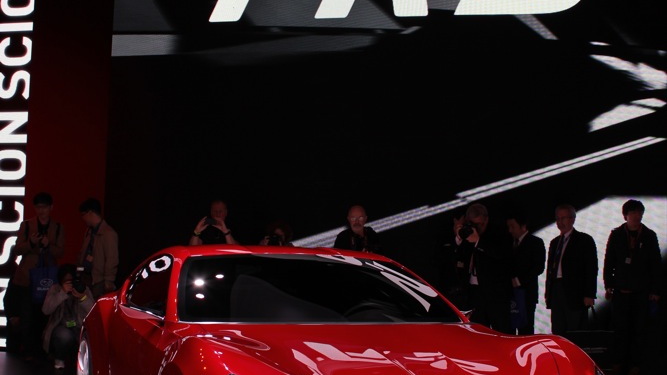 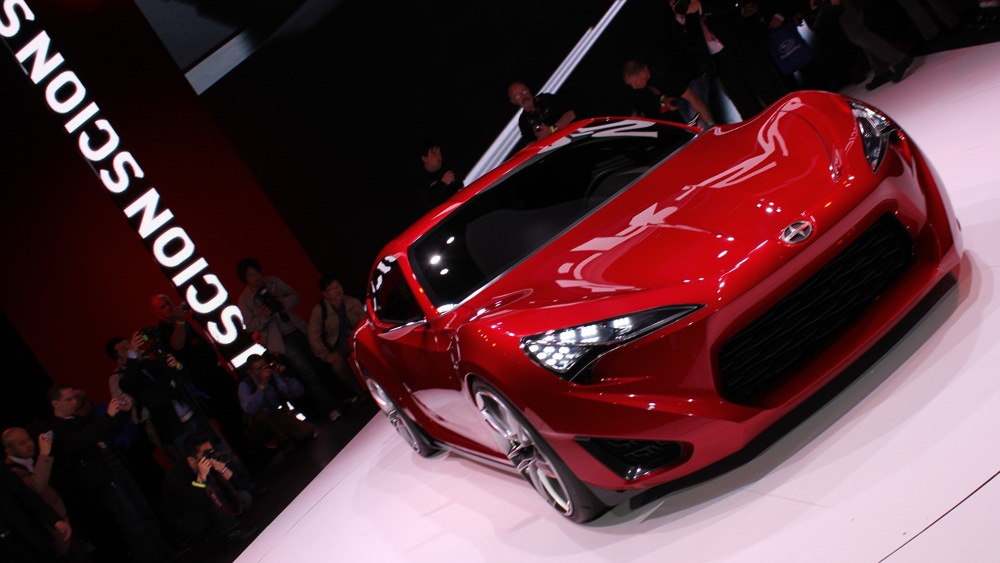 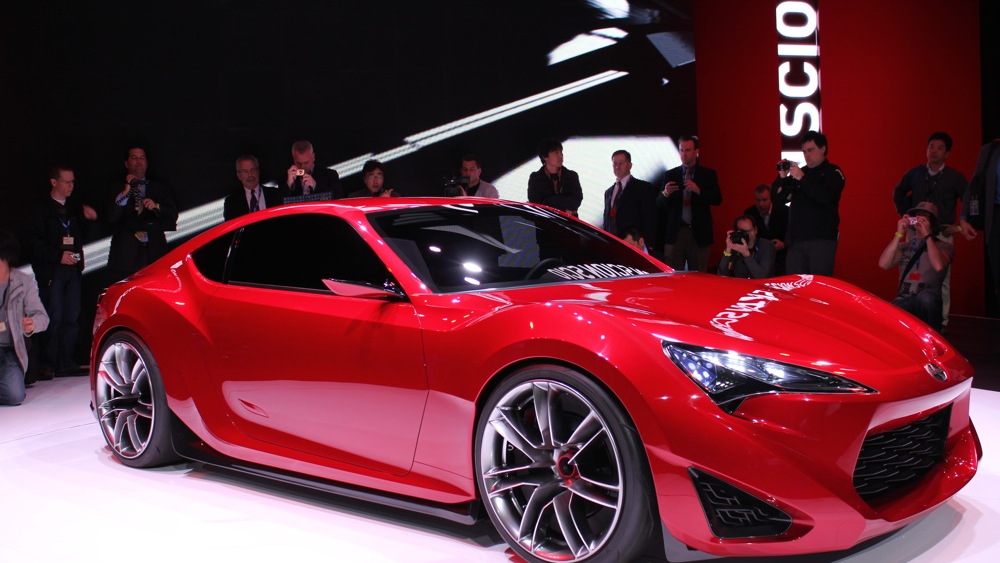 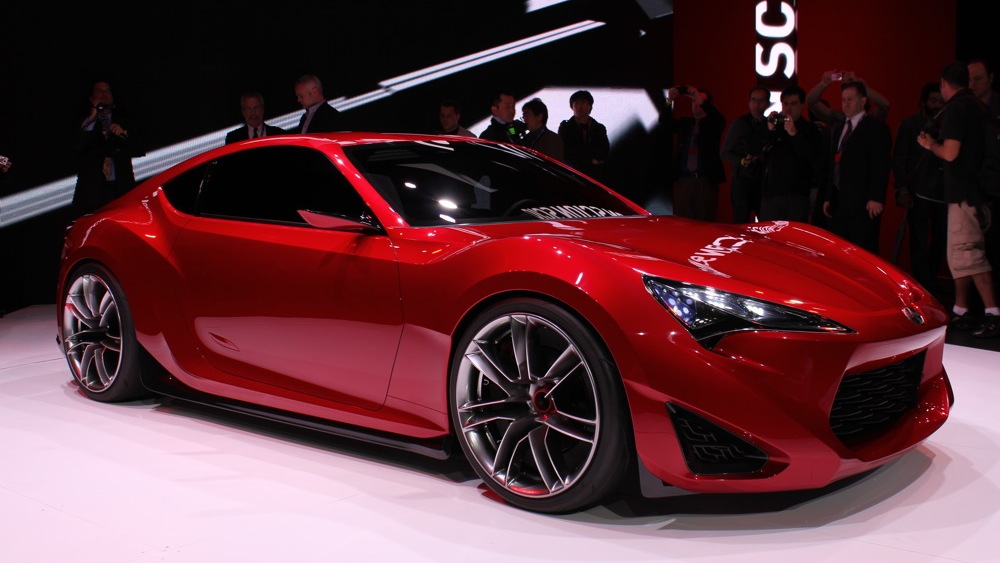 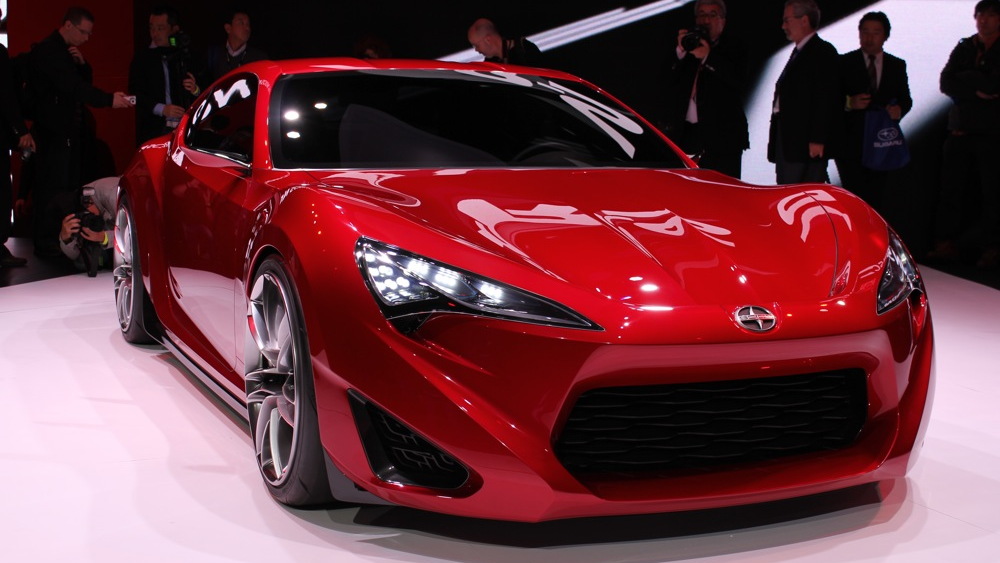 13
photos
It's been in gestation for...well, forever, it seems. But today at the 2011 New York Auto Show, the rear-drive, Subaru-powered Toyota sports coupe took another step toward production as the Scion FR-S Concept.
Scion president Jack Hollis says FR-S could stand for "friggin' really sweet," but in reality, the letters do a bit more of a conventional turn--standing in for front-engined, rear-drive sportscar.
The FR-S last showed up at the Geneva Motor Show with a Toyota FT-86 badge, but as a Scion it's been fairly dramatically reworked. Shovel-nosed styling and lacquer-red paint give it a whiff of Ferrari, while dart-like taillights draw obvious inspiration from Toyota's own Lexus LFA supercar.
Details were few: Hollis confirms the car will sport a 2.0-liter horizontally-opposed four-cylinder engine, and says the car will aim more for balance and handling and fuel economy, rather than outright horsepower. A six-speed manual or a paddle-shifted six-speed automatic move the power to the rear wheels. A lower center of gravity should help give it dynamics more like the Corollas of yore, less like the Corollas of today. And since it's to be sold as a Scion here, custom-order trim kits, performance parts and infotainment systems are sure to be in the mix, along with a standard limited-slip differential.
Likely off the menu: staggered 20-inch wheels like those on the concept car.
Scion's committed to build a car of this kind for sale next year. Could it be the FR-S? That'd be friggin' really sweet, on first look.
Concept Dimensions
Length – 168.2
Width – 71.5
Height – 47.4
Front Track – 61.8
Rear Track – 59.9
Wheelbase – 101.2
_________________________________________
Follow us on Facebook and Twitter