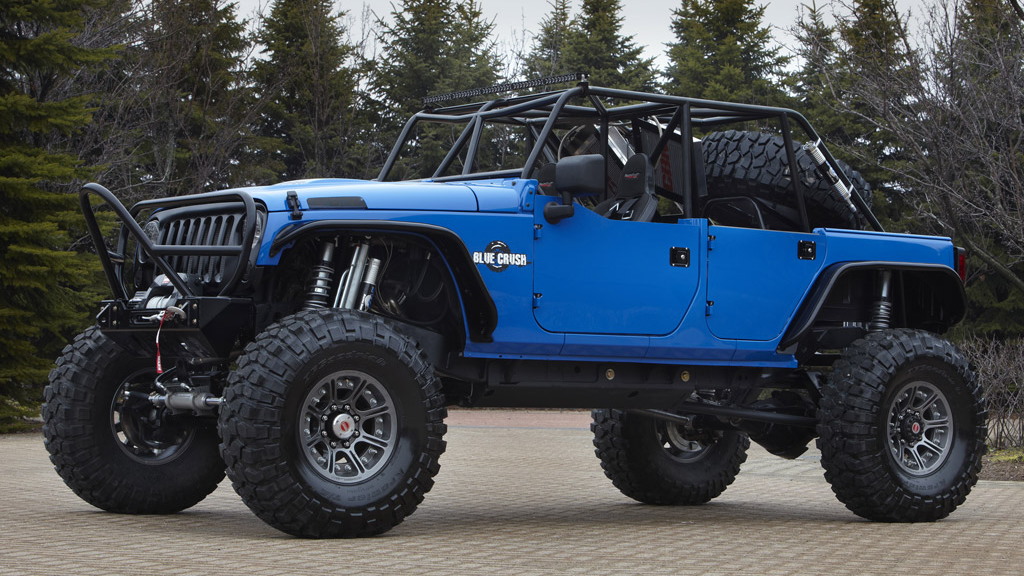 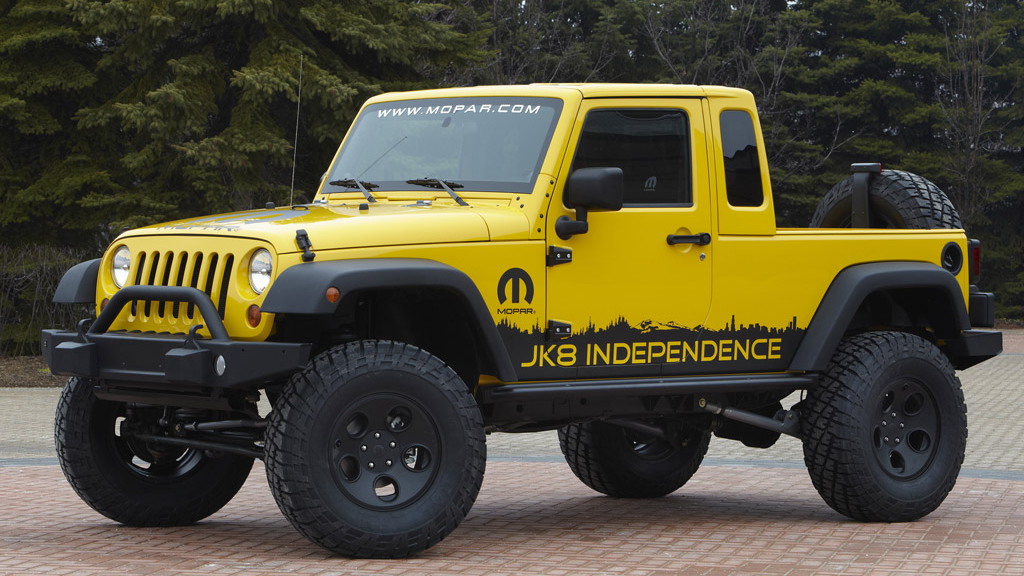 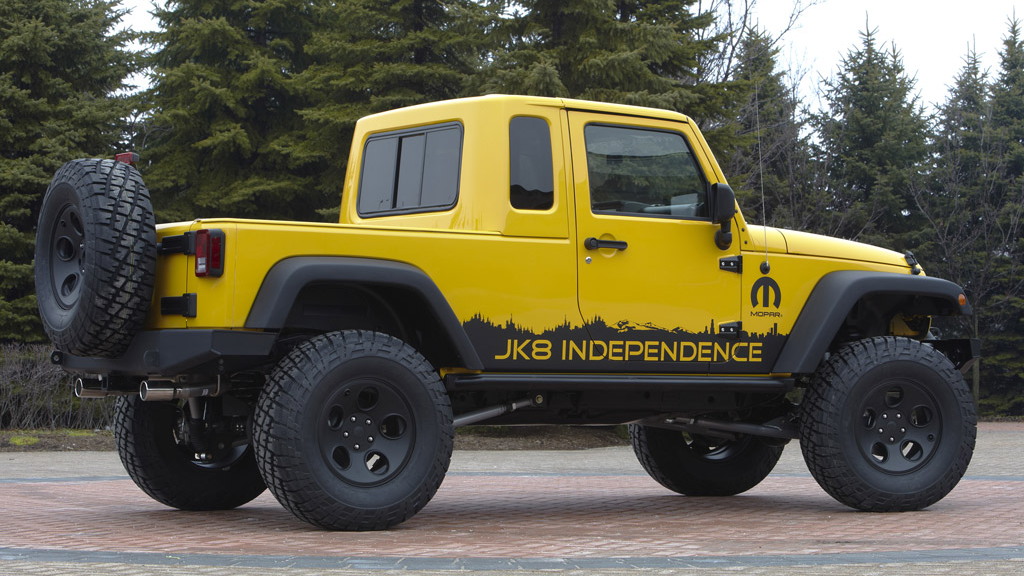 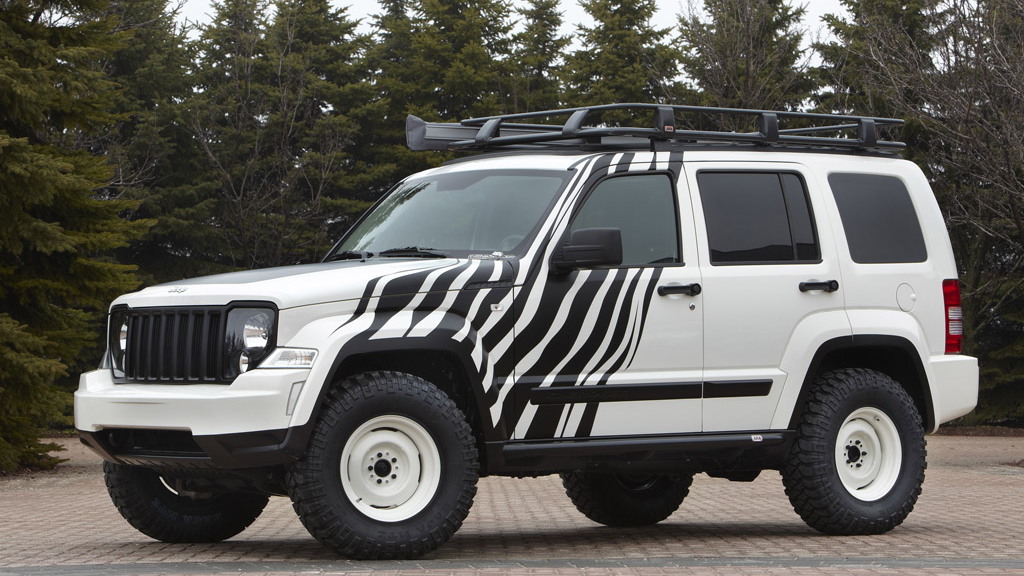 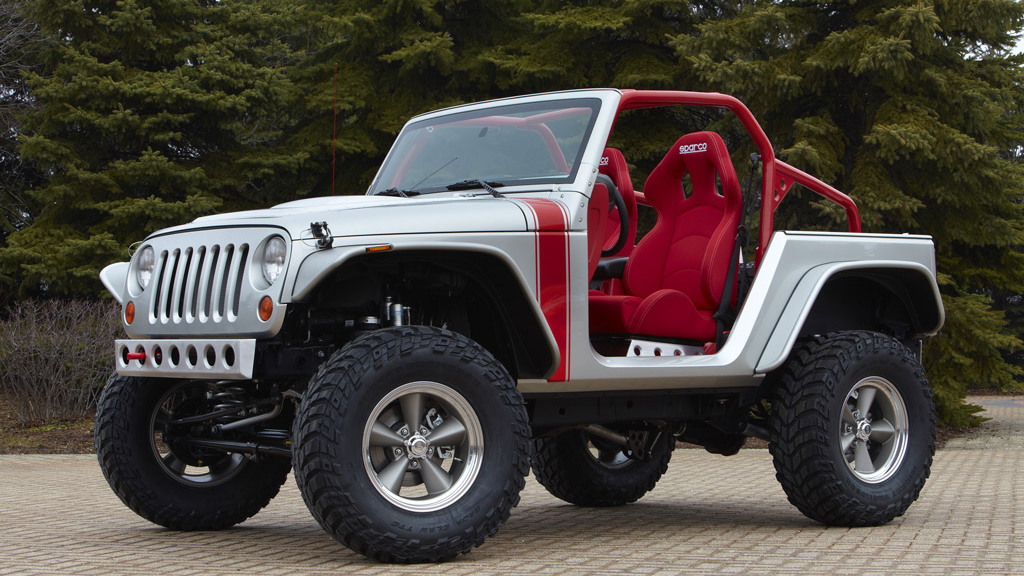 Each year, thousands of diehard off-road enthusiasts descend upon Moab, Utah for the Easter Jeep Safari and a week of fun on some of the country’s best and most rugged trails. And, every year, Jeep brings out a range of modified vehicles, typically built with the latest on offer from its aftermarket parts division Mopar.

In fact, over the past decade, engineers, designers and fabricators from Mopar and Jeep have customized more than two dozen vehicles and a host of off-road parts and accessories, and showcased them to the enthusiast crowds in Moab.

And this year will be no different as Jeep has unveiled no less than six new ‘Moparized’ vehicles, all of them detailed below.

Starting off with the Jeep Wrangler ’Pork Chop’, the focus here was to increase the Wrangler’s off-road fun and performance through extensive weight savings.

This was done by removing several items from the 2011 Jeep Wrangler Sport on which it’s based, such as the doors, roof, tailgate, bumpers, carpet and sway bars.

Moving along we have the Jeep Compass Canyon, which features a 2-1/8-inch lift kit provided by Rocky Road Suspension, making room for Mickey Thompson Baja ATZ 225/75-R16 tires with 16-inch alloy wheels from a Jeep Liberty.

Next up is the Jeep Liberty Overland, which comes equipped with a 2.8-liter four-cylinder turbodiesel and Selec-Trac II 4x4 system.

Traction is increased with the addition of an ARB air locker in the rear differential and on-board air compressor.

The final touch is a classic zebra safari pattern paint scheme on the exterior.

The latter getting a 475 horsepower 6.4-liter Hemi V-8. Harkening back to the 1972 Jeep Renegade, which was offered with a V-8, Jeep and Mopar mated the Hemi to a six-speed manual transmission feeding a Dynatrac prepped ProRock 44 front axle and ProRock 60 rear axle, both equipped with ARB air lockers and 4.10 gears.

The JK-8 Independence, meanwhile, is inspired by the Jeep Scrambler CJ-8 from the 1980s and comes with a lengthened bed and a Mopar/Dynatrac ProRock 44 front axle and stock Dana 44 rear axle, both spun with 4.88 gears. Linking the axles to the frame is a 4.5-inch long-arm suspension kit and 37-inch BF Goodrich Mud Terrain KM2 tires. A striking yellow paint job and Mopar’s off-road bumpers for the front and rear were utilized along with a new fuel door and slush mats.

Finally, inspired by the King of the Hammers race in the deserts of California, the Jeep Wrangler Blue Crush combines high-speed off-road racing and rock-crawling capability.

The all-aluminum V-8 is paired with a 545RFE performance transmission and a gear-drive transfercase.

The 2011 Moab Easter Jeep Safari takes place on the 16 of this month.