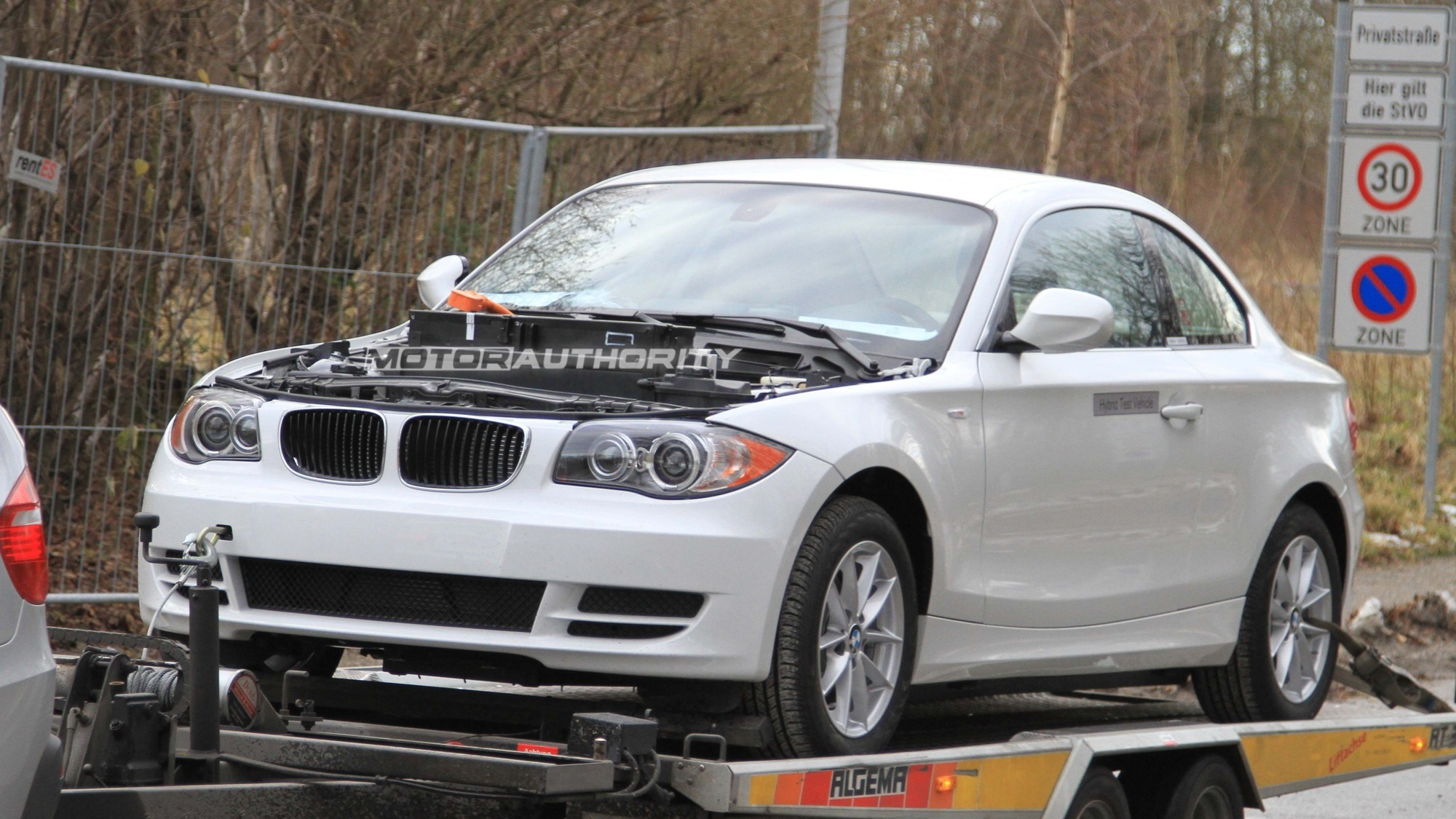 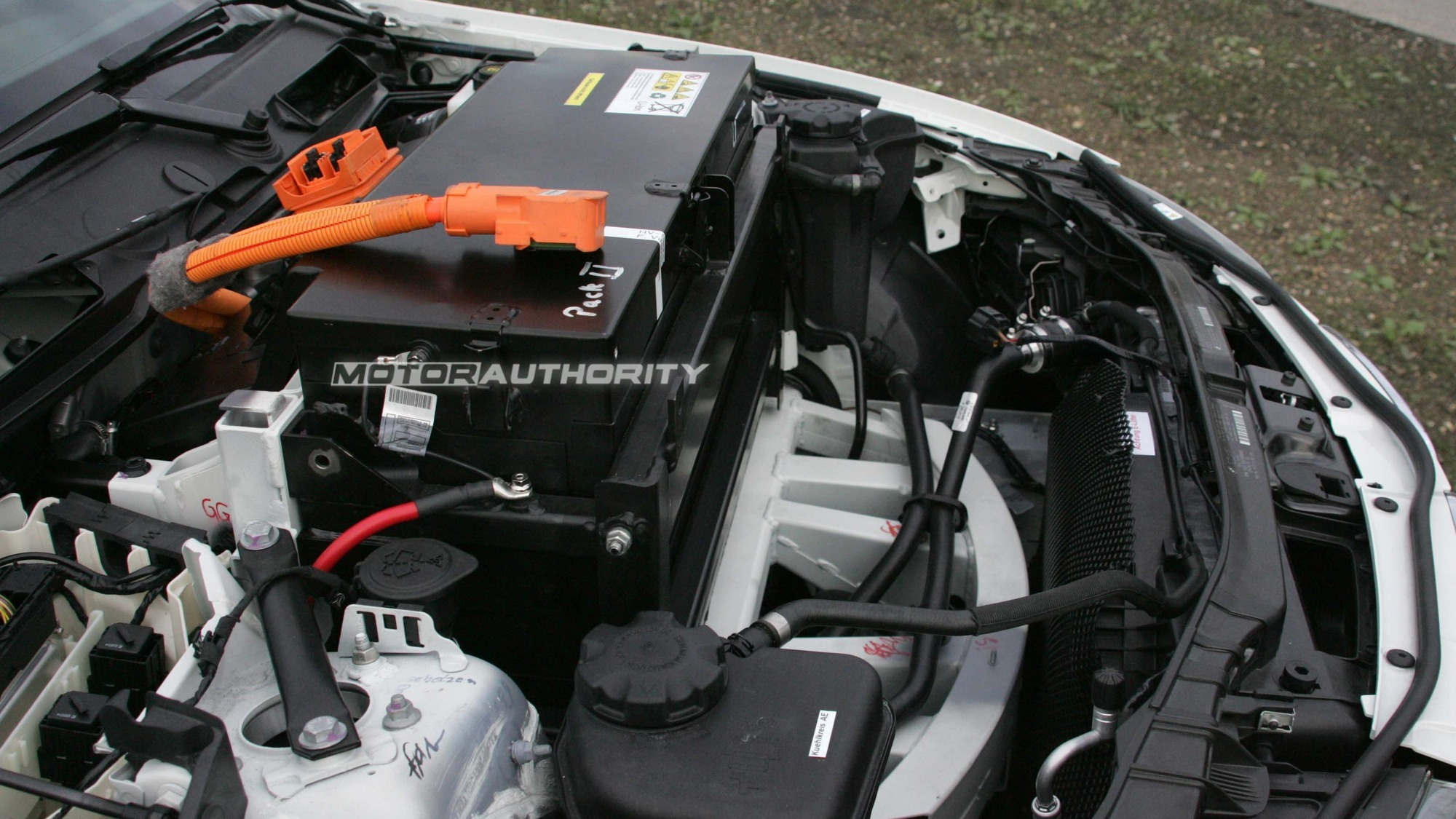 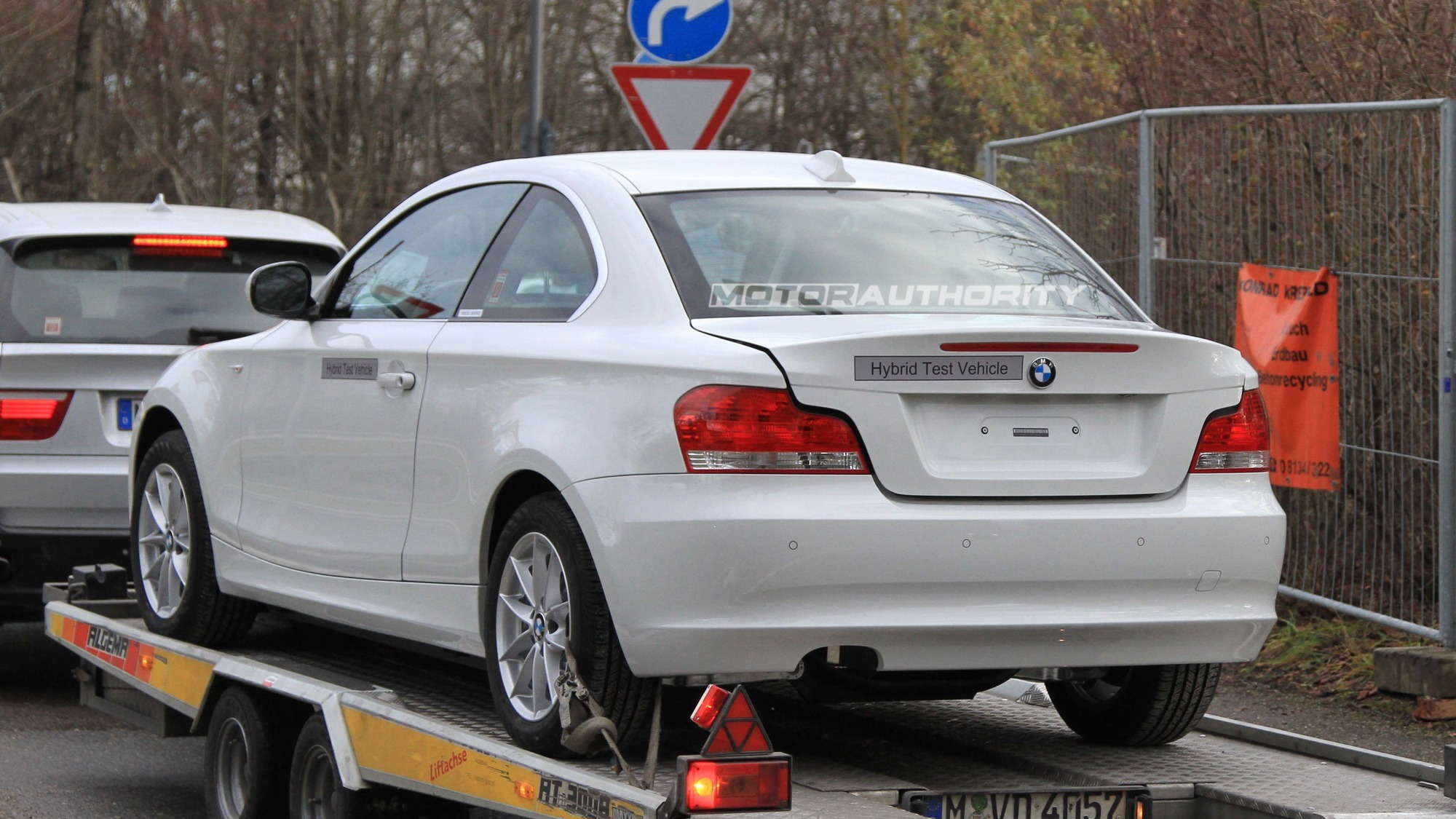 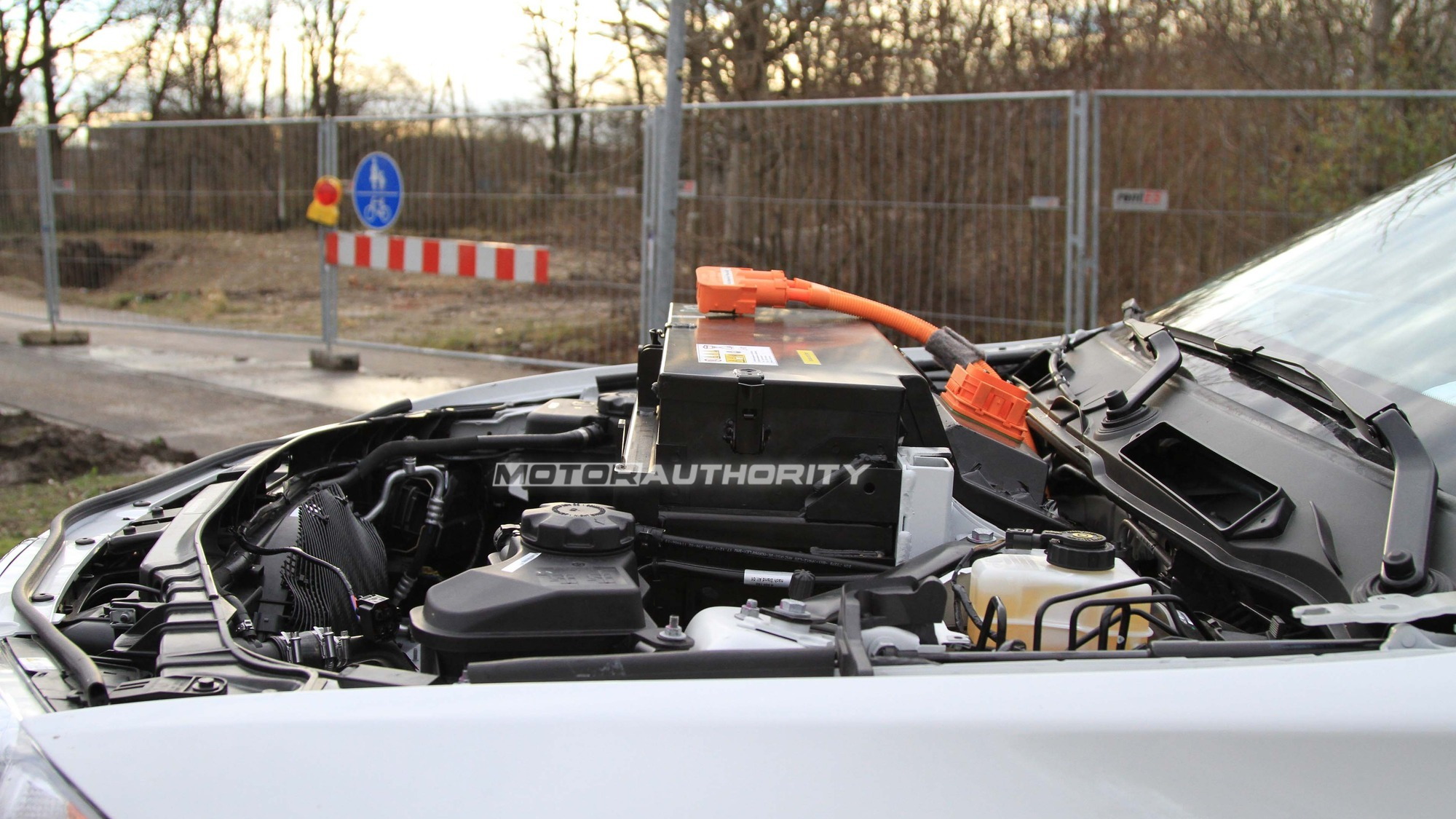 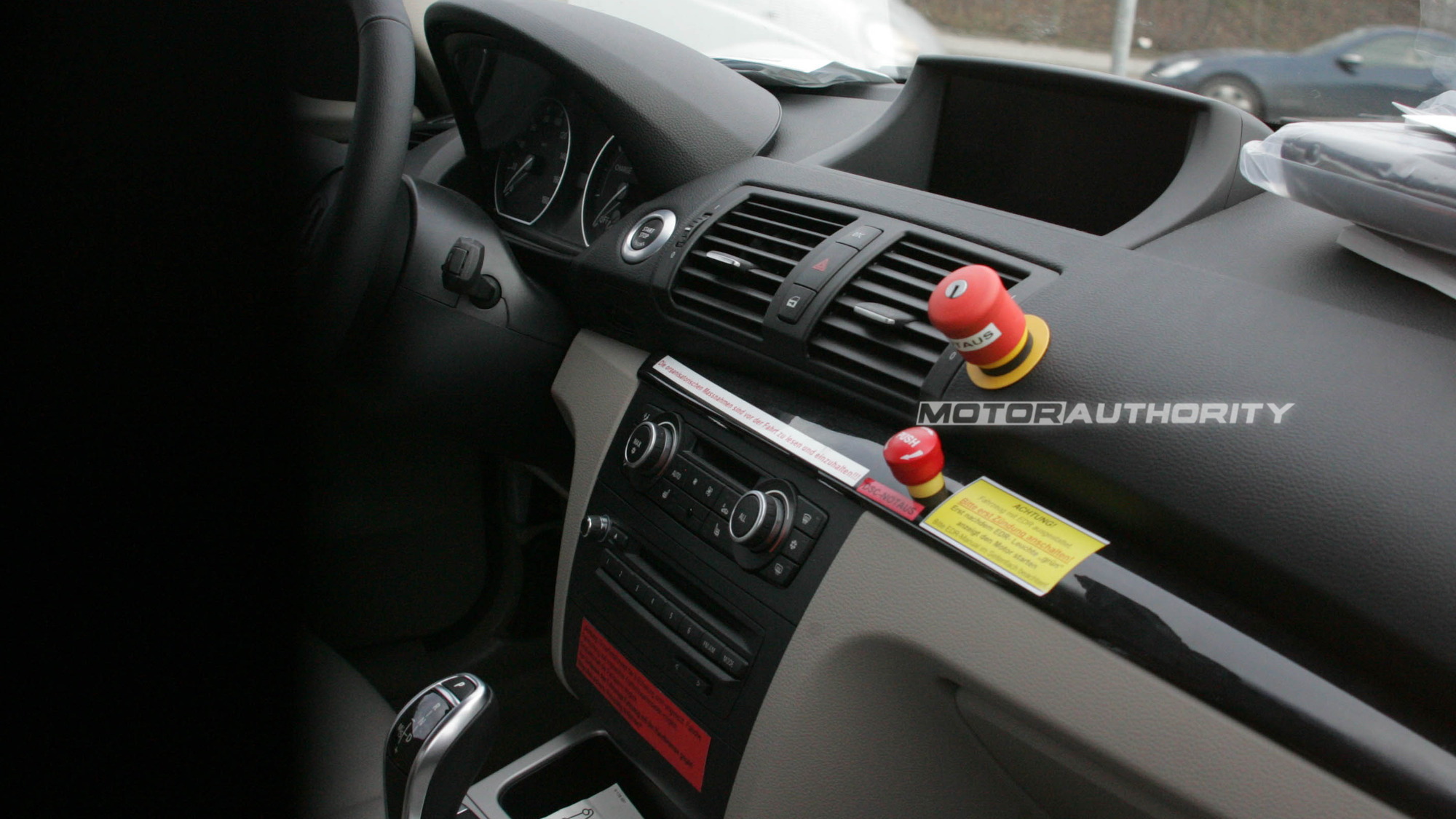 These are the first spy shots of the internal control and power electronics of the BMW ActiveE 1-Series Coupe, due for limited leasing and field trials next summer. The markets for the initial roll-out have already been named.

First shown as a concept at the 2010 Detroit Auto Show, the ActiveE 1-Series uses a lithium-ion battery co-developed with SB-LiMotive to power its electric drivetrain. Performance is expected to approach the 8.5-second range for 0-60 mph runs, with a top speed of about 90 mph and a range of 100 miles.

The battery pack is liquid cooled, and has its own management system to maximize capacity and life. As shown in these photos, however, the pack and control electronics aren't quite packaged to fit inside the front of the vehicle as yet, though this may simple be a test mule with non-standard parts. At any rate, it shows BMW likely has some integration and packaging work to do before the trials begin next year.

Follow this link fo more on the ActiveE 1-Series.