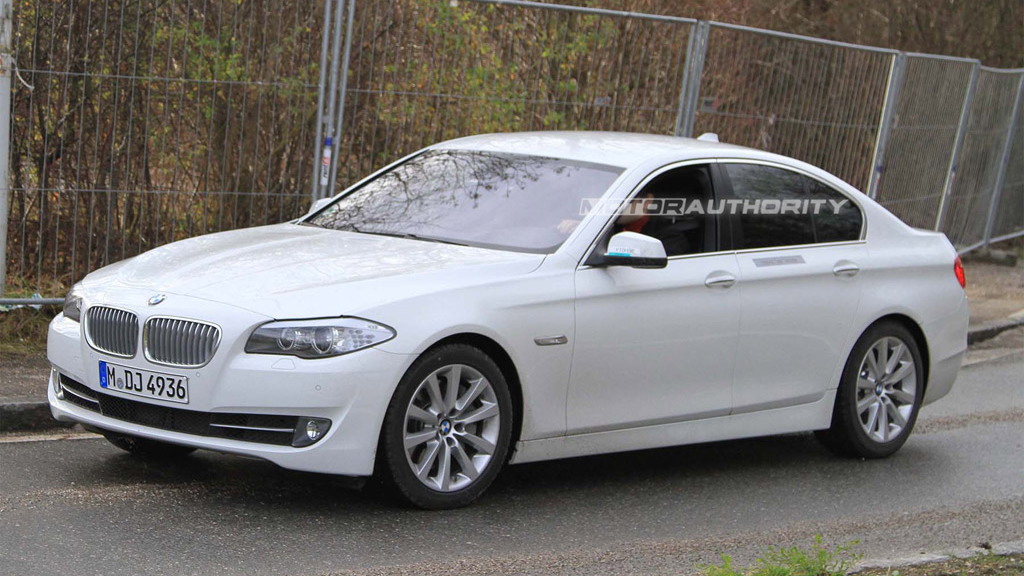 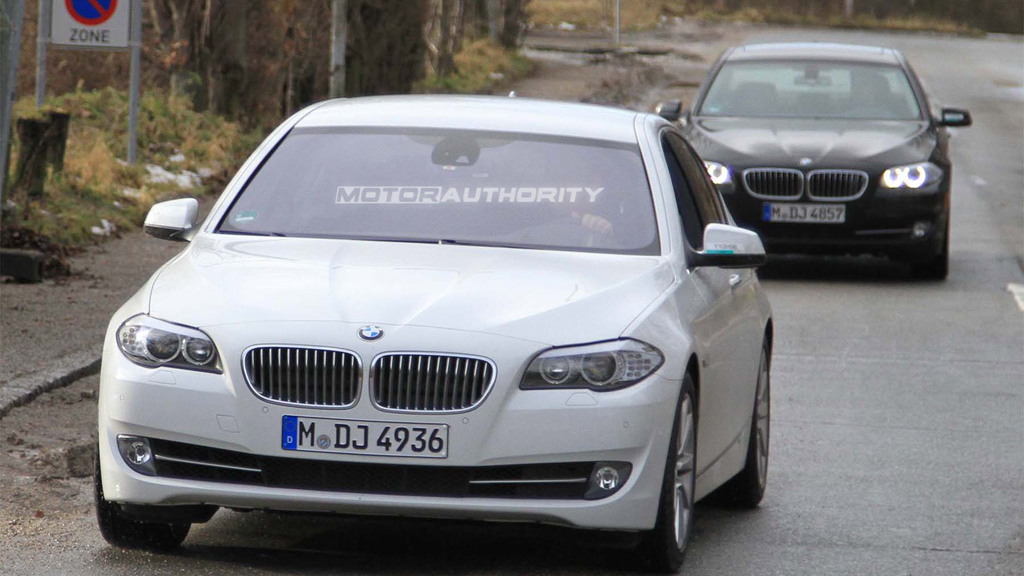 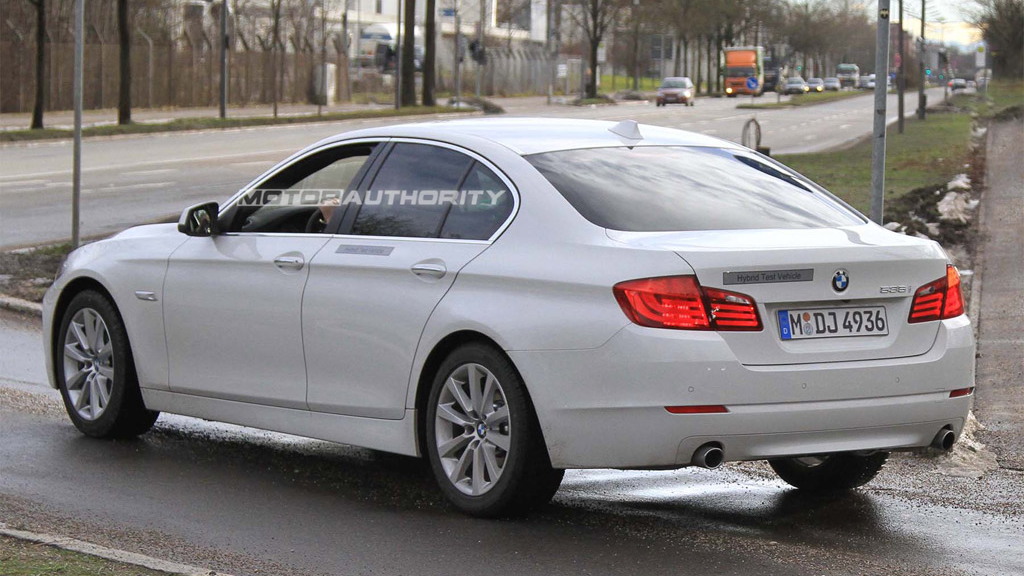 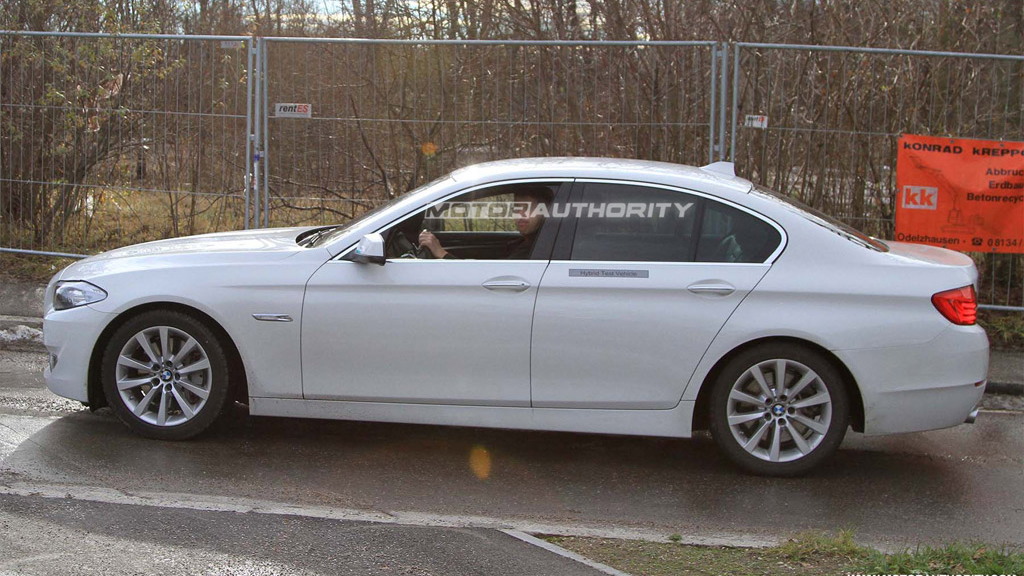 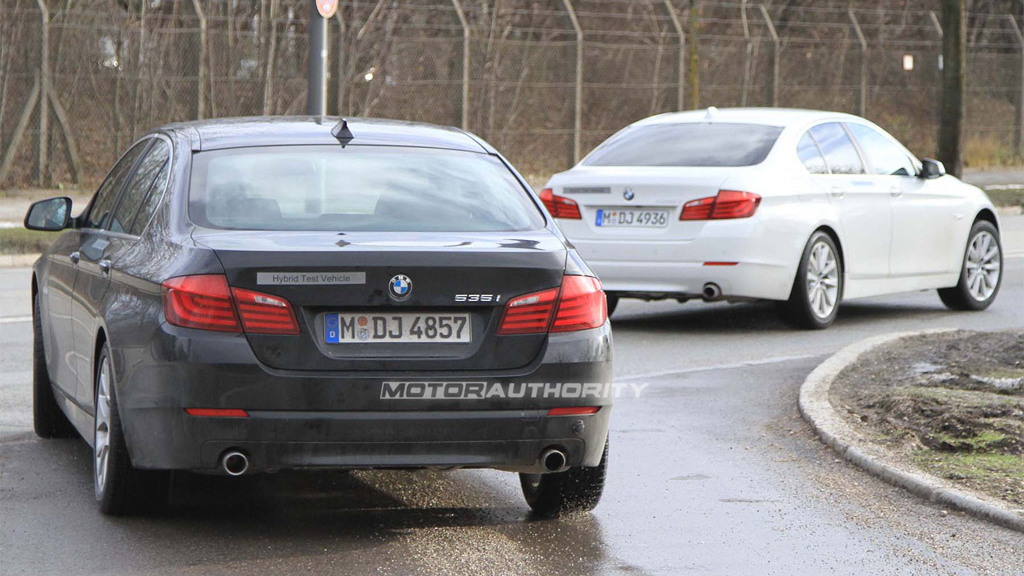 13
photos
Plugging an existing hybrid system into an existing car isn't quite as easy as plugging into an outlet, but the team at BMW is making it look that way, with the recently-unveiled BMW ActiveHybrid 5 already moving from concept car to testing prototype. As these spy photos show, the car is not significantly different from its conventionally-powered brethren.

Based on the same underpinnings as the new 2011 5-Series, the ActiveHybrid 5 is expected to make its retail debut sometime next year. The hybrid system under the hood pairs a twin-turbocharged six-cylinder (the previous-gen N54 by the sound of it) mated to a 54 horsepower electric motor that runs on the juice from a lithium-ion battery pack. The motor and engine are connected to each other by a dedicated clutch mechanism, allowing either to power the car, both in series and separately.

Up to 10 percent fuel economy gains are expected, putting the system more in the mild-hybrid than full-hybrid category, though electric-only driving and stop-start technology are part of the bargain. As usual, expect the full slate of BMW's EfficientDynamics roster to be chucked at the car, including accessories (such as climate control) to run off the battery pack rather than engine accessory pulleys.

Regenerative charging, smart navigation software that takes topography into account when deciding how much hybrid juice to supply, and all the features and comfort of the standard 5-Series are going to make for a competitive hybrid package, particularly since there are few rivals outside of Lexus in this size and market segment.