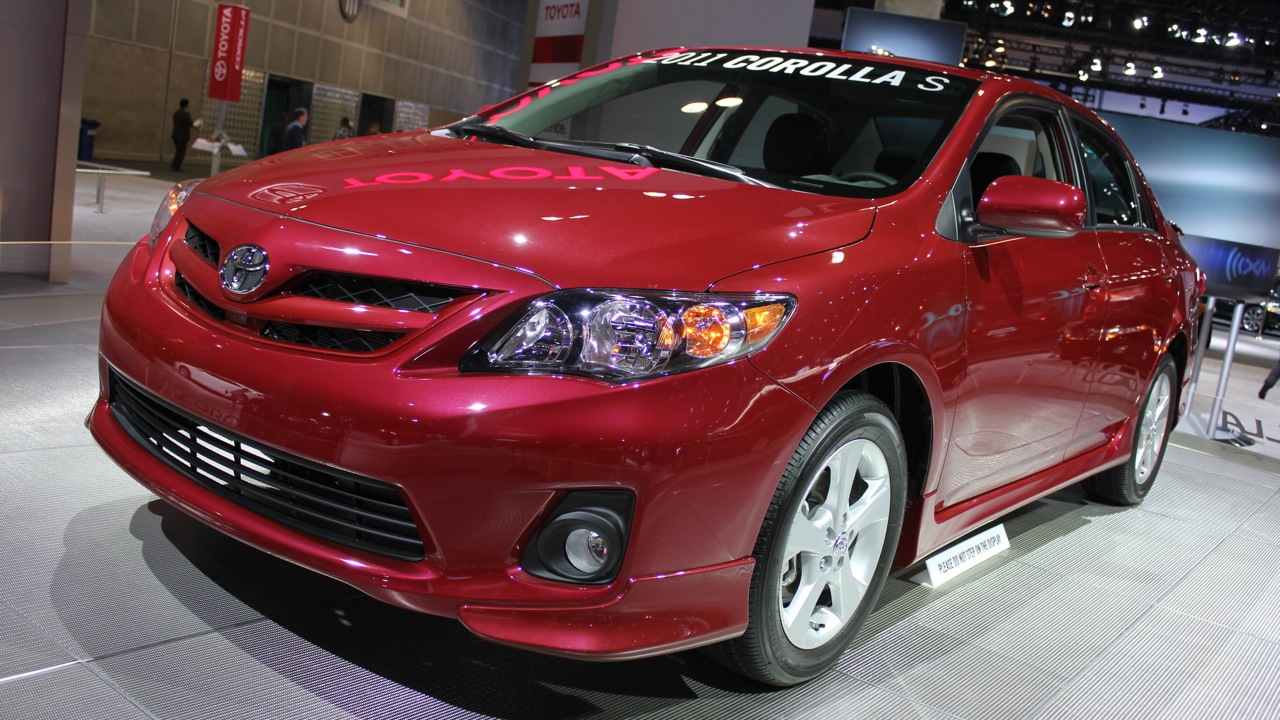 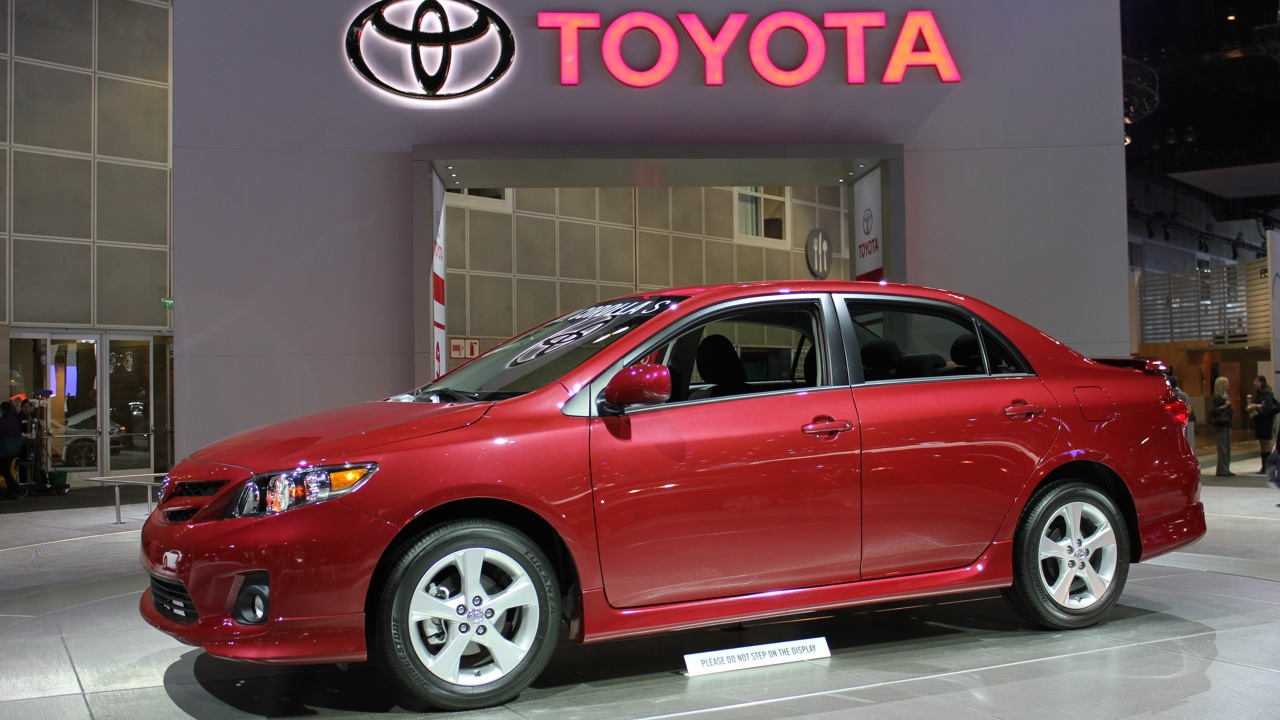 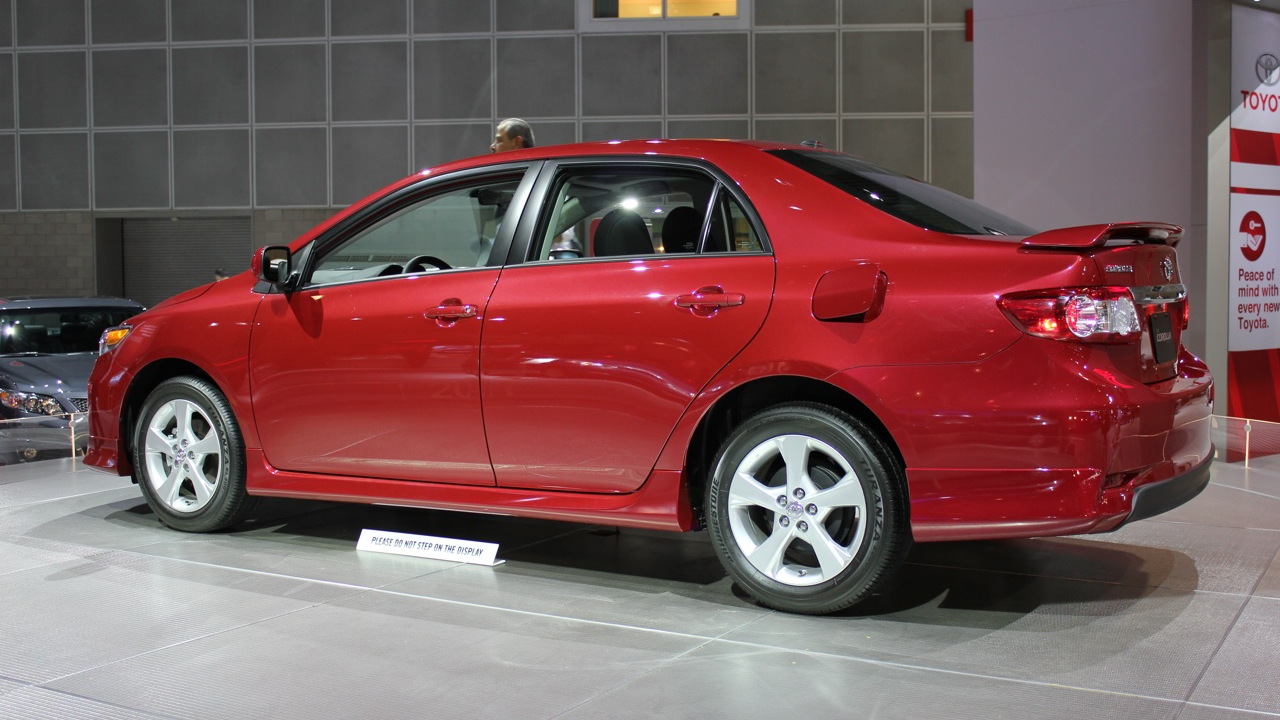 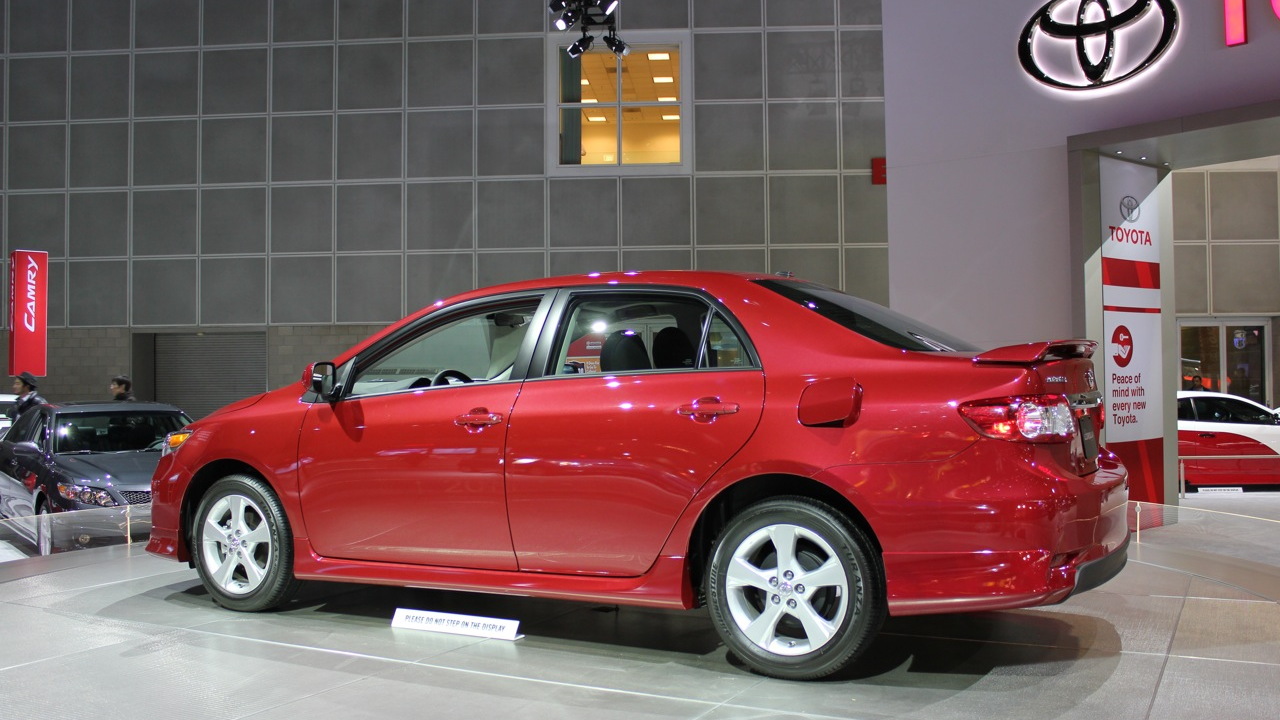 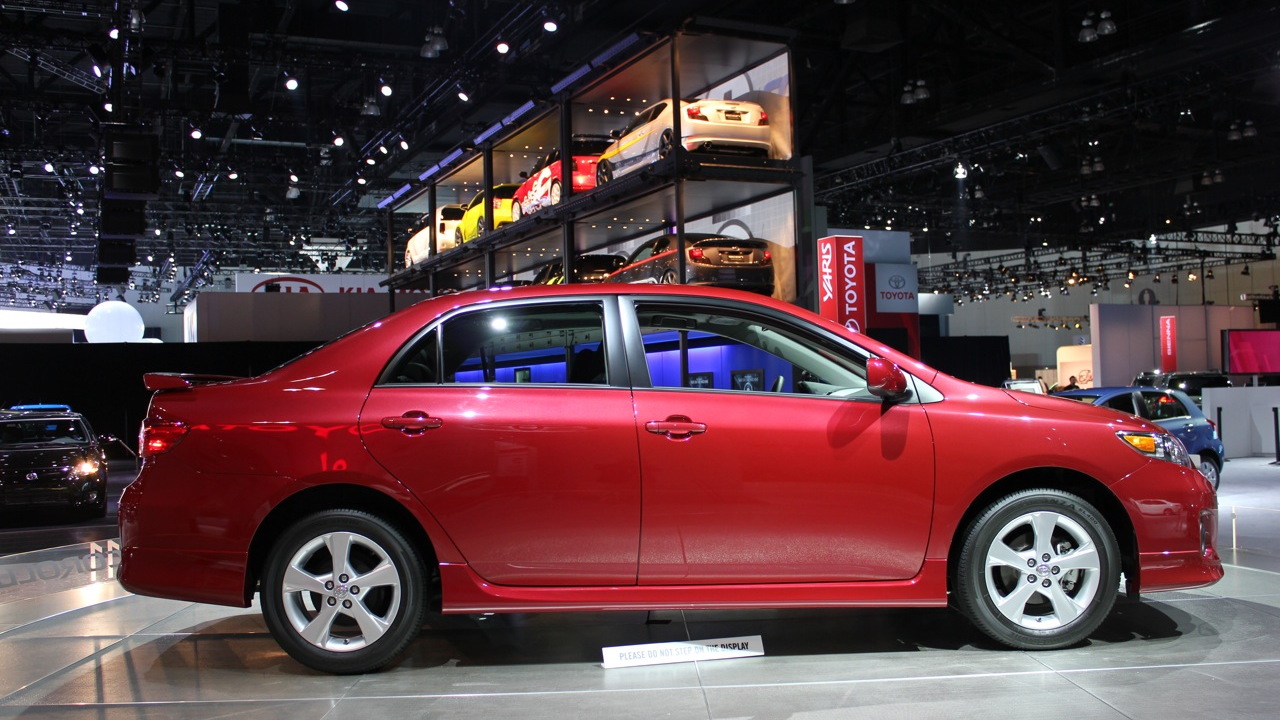 The 2010 Los Angeles Auto Show is open to the press, and we've nailed down the first live photos of the 2011 Toyota Corolla.

The Corolla is one of the most popular cars currently on sale in the U.S. The 2011 model is a facelift, with new front and rear bumpers, a lightly reskinned interior, and two new colors--as well as the Toyota Care complimentary maintenance plan, which covers service for two years.

Safety is the big feature of the new Corolla. Stability control finally becomes standard across the board, along with traction control, anti-lock brakes and brake assist.

The new Corolla also incorporates a brake override for the throttle, in response to Toyota's recalls from earlier this year.

All 2011 Toyota Corolla models are also equipped with six standard airbags, including dual front, side and curtain airbags, the latter extending to protect rear-seat passengers.

Once again, the 2011 Toyota Corolla is available in three grades: the base-model Corolla, LE, and S. All come equipped with a 1.8-liter four-cylinder engine producing 132 horsepower at 6,000 rpm and 128 pound-feet of torque at 4,400 rpm.

The engine is either paired with a five-speed manual transmission or a four-speed automatic, an outdated touch in a class of sedans like the Kia Forte and upcoming Ford Focus, which offer six-speed automatics.

The 2011 Toyota Corolla will go on sale this December.

For more information on all that is happening in L.A. this week, keep up to date by visiting our full coverage page.