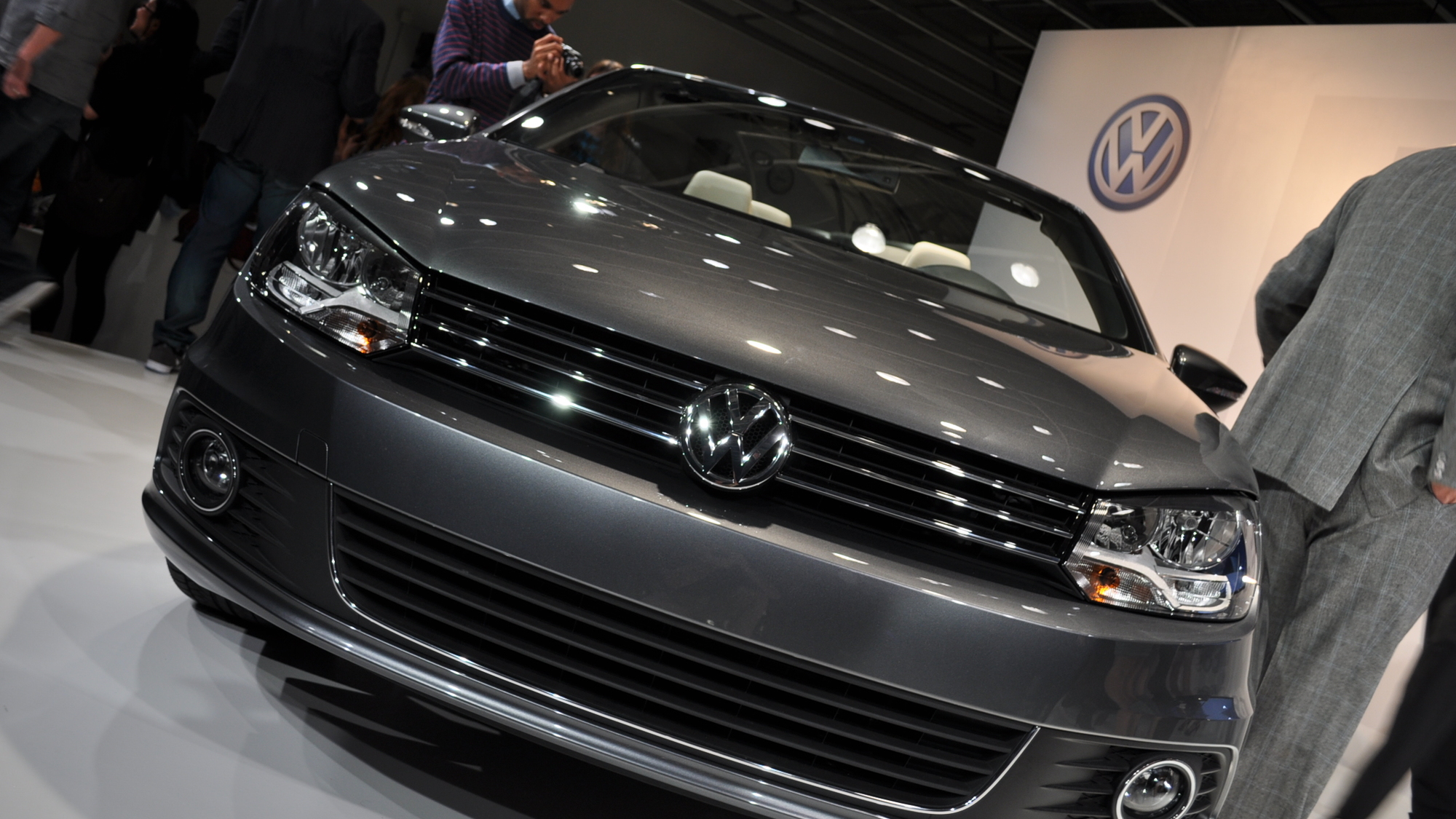 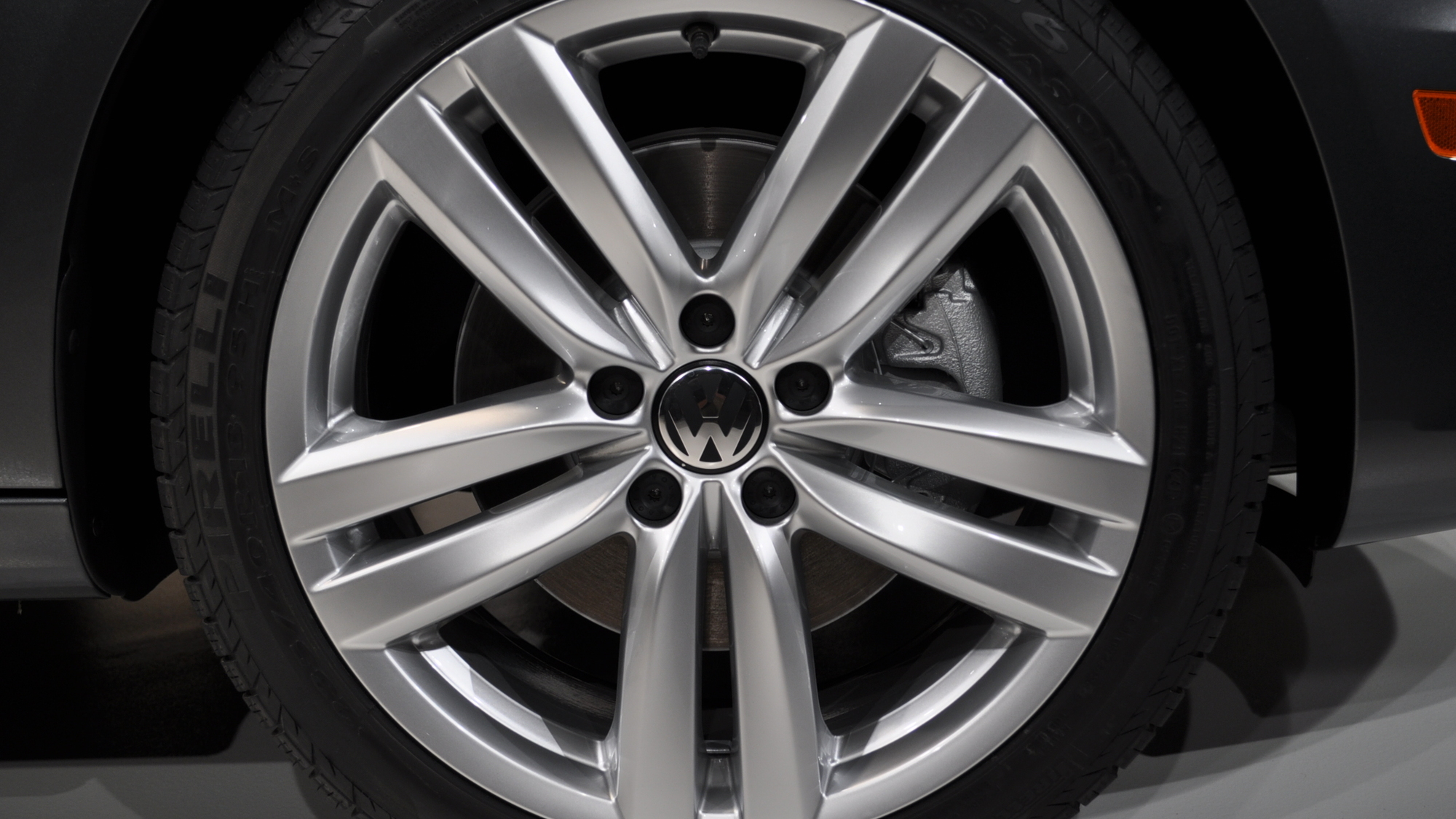 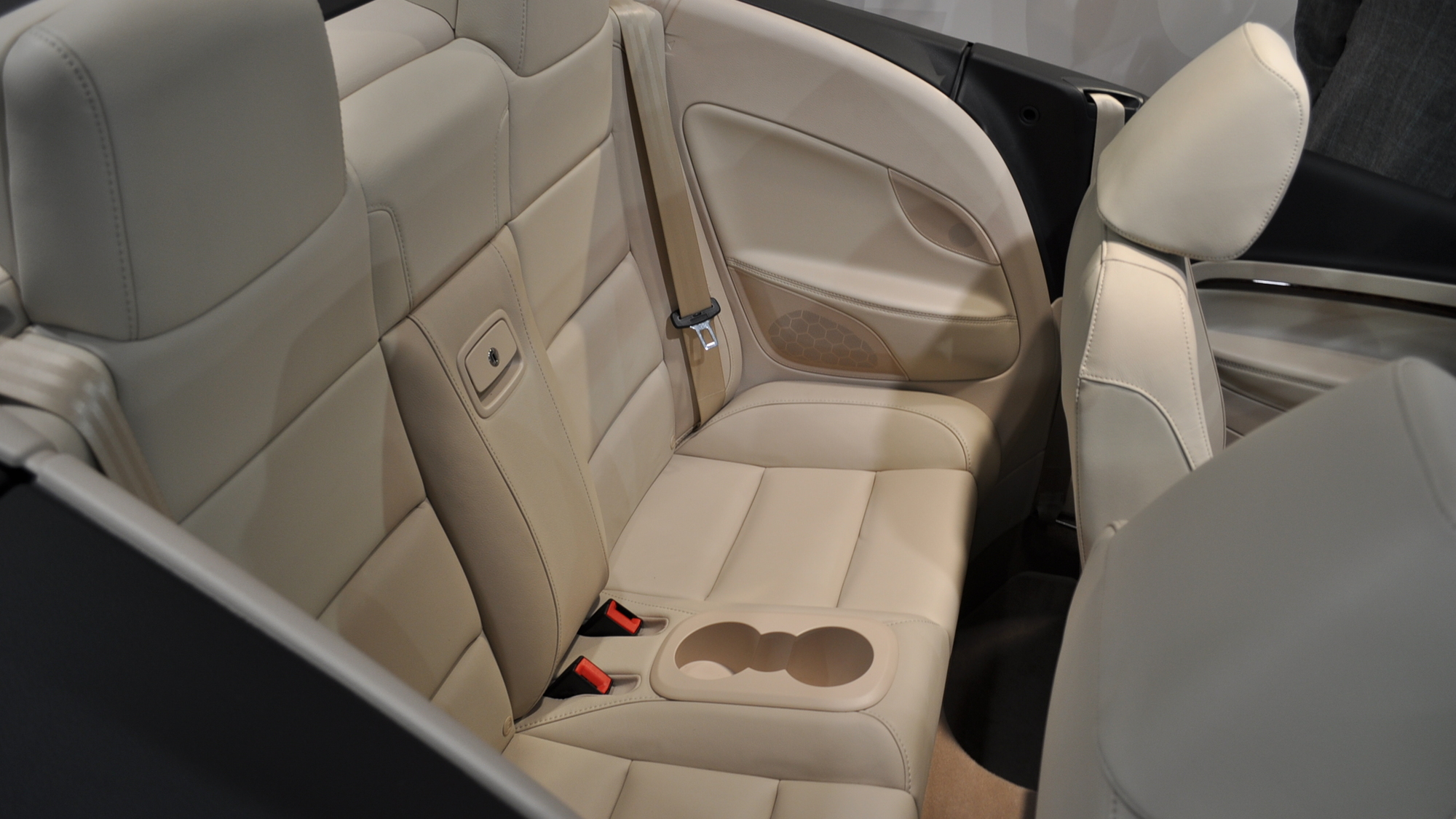 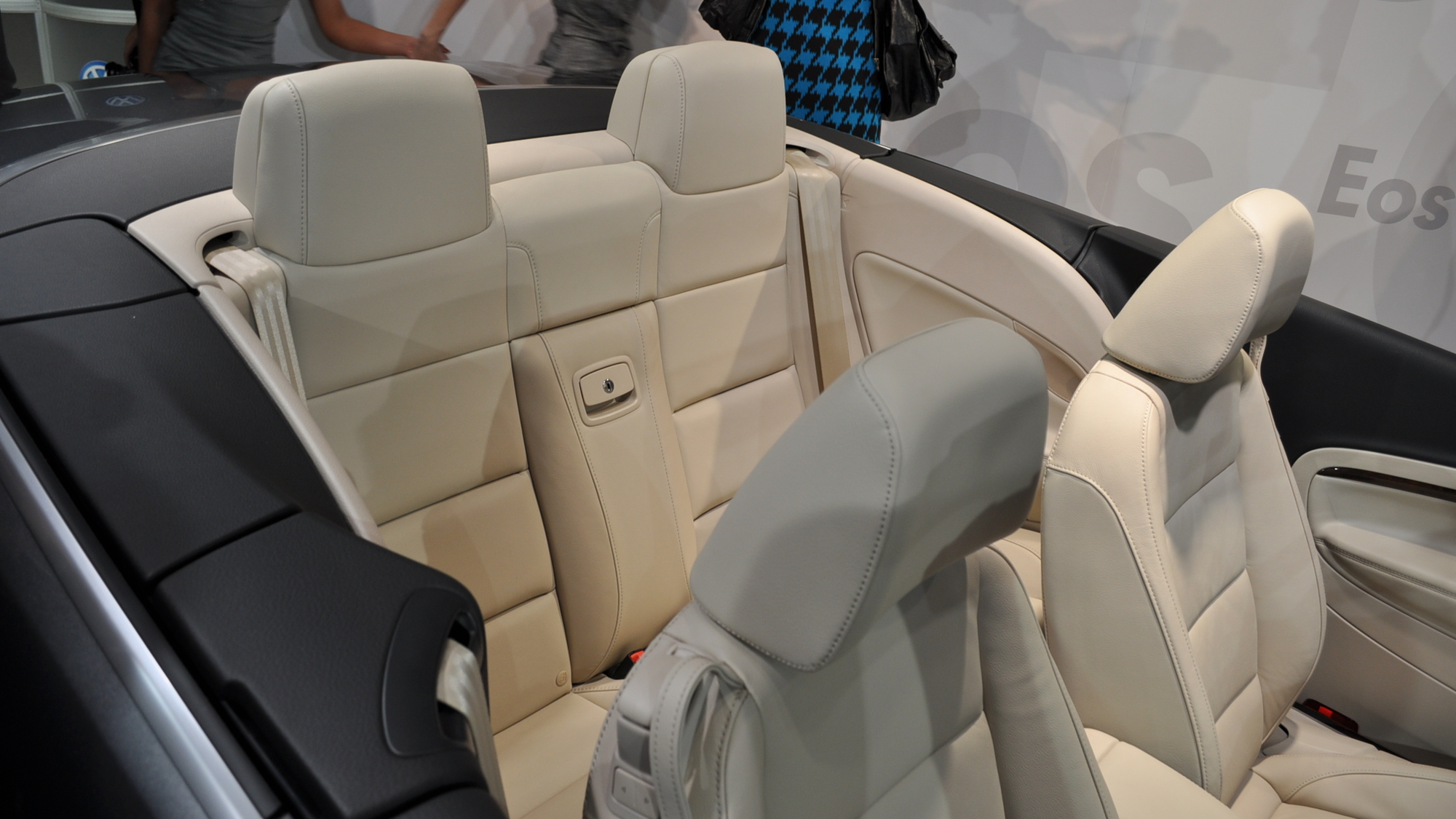 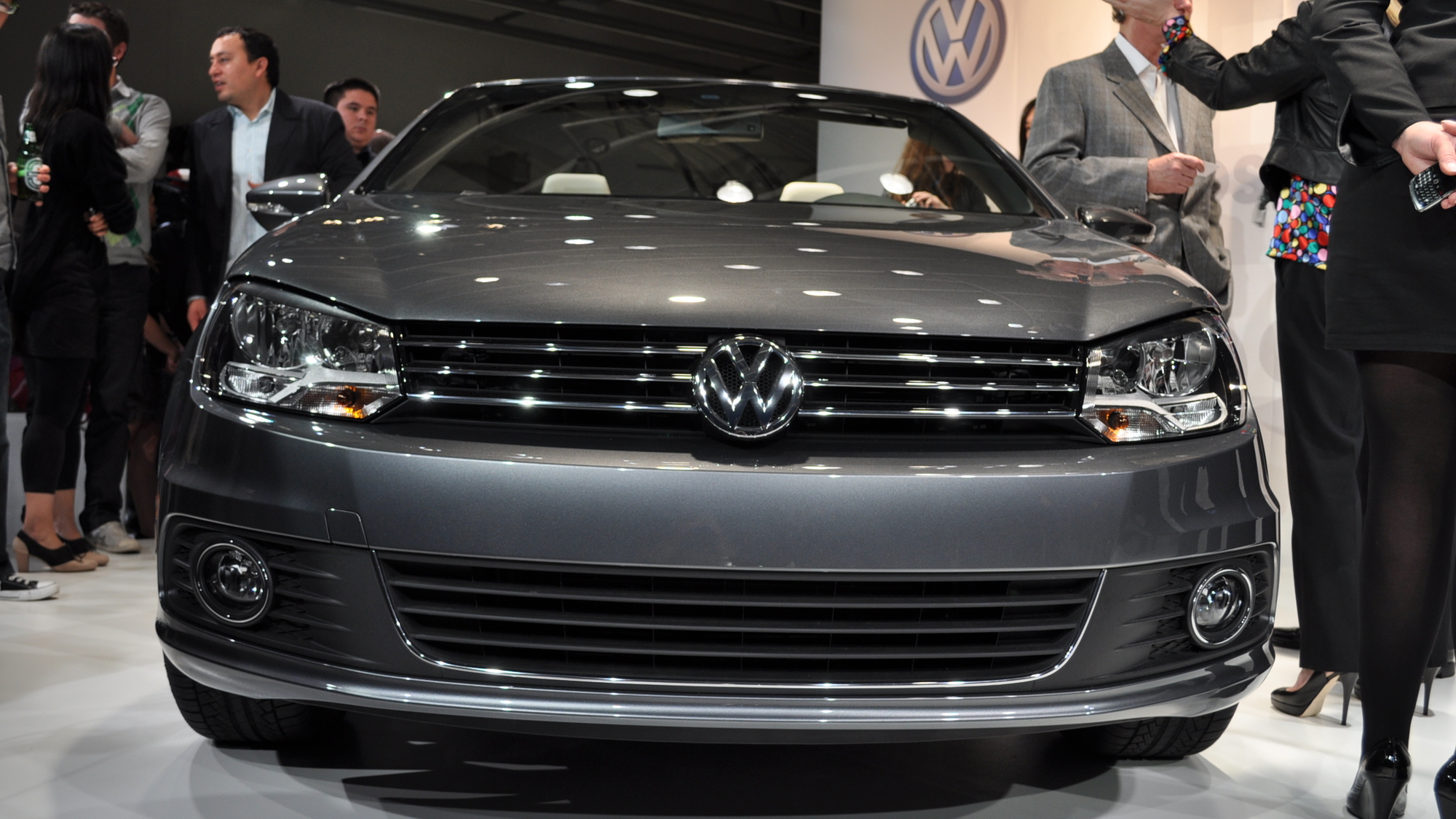 The 2010 Los Angeles Auto Show doesn’t officially start for a few more hours but we already have live photos of some of the star attractions, like this 2012 Volkswagen Eos, which was revealed last night at a special presentation MotorAuthority attended.

Although the color of the display vehicle is not the most flattering, the second-generation Eos certainly has a handsome look and appears much more masculine than the previous model. The purposeful stance, chiseled looks and aggressive bumper design all add to the car’s attraction, though we wish we could say the same for the interior, which suffers from the same cheap feeling as the new Jetta.

Thankfully, its engine offers plenty of poke. Power comes from a 2.0-liter direct injected and turbocharged four-cylinder engine developing upwards of 200 horsepower and 207 pound-feet of torque. The engine is matched to a six-speed dual clutch transmission, and in this combination offers a fuel economy rating of up to 31 mpg on the highway.

First sales of the new 2012 Volkswagen Eos are scheduled to start in early spring of 2011. In the meantime, check out our more detailed story by clicking here.