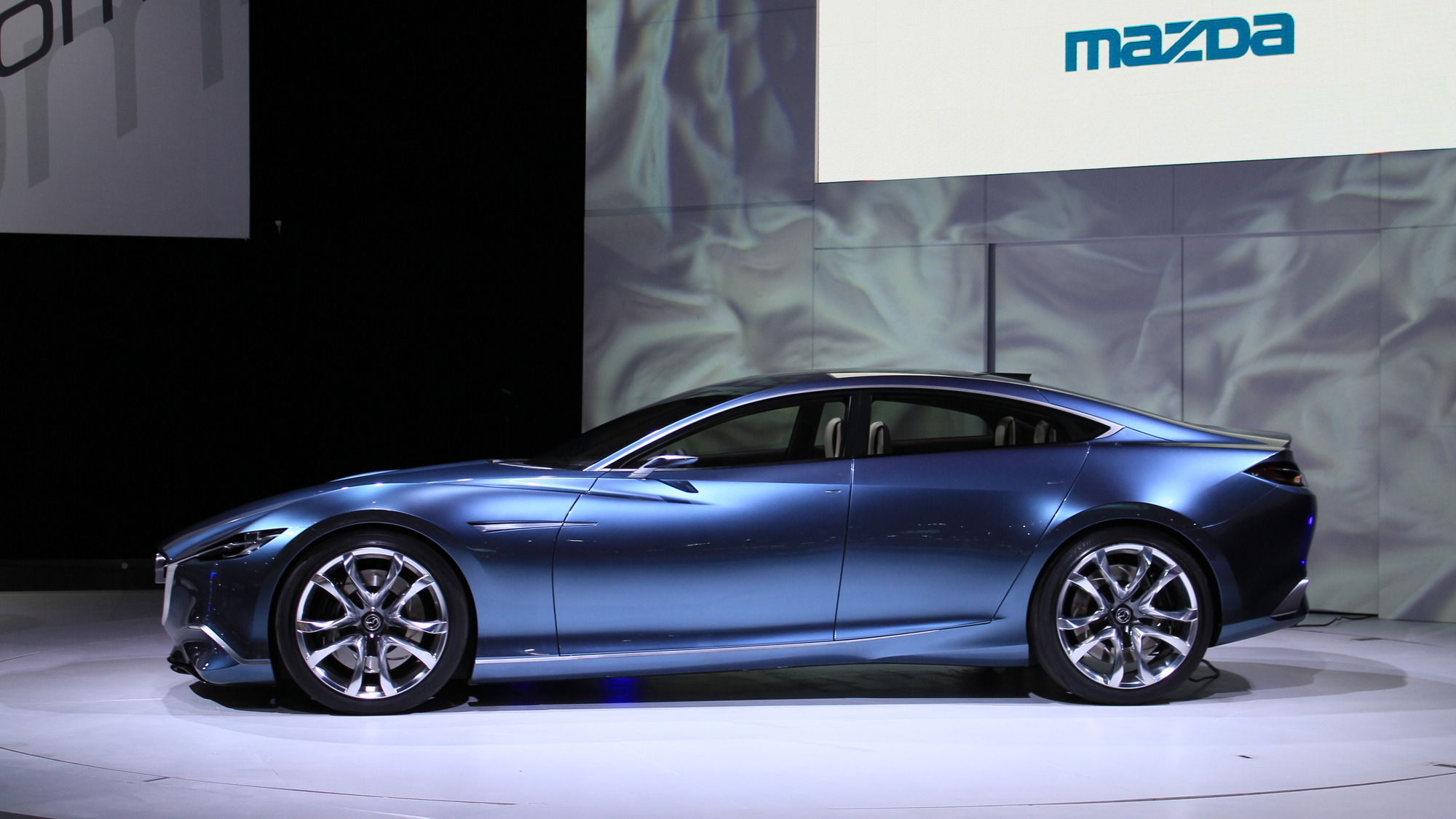 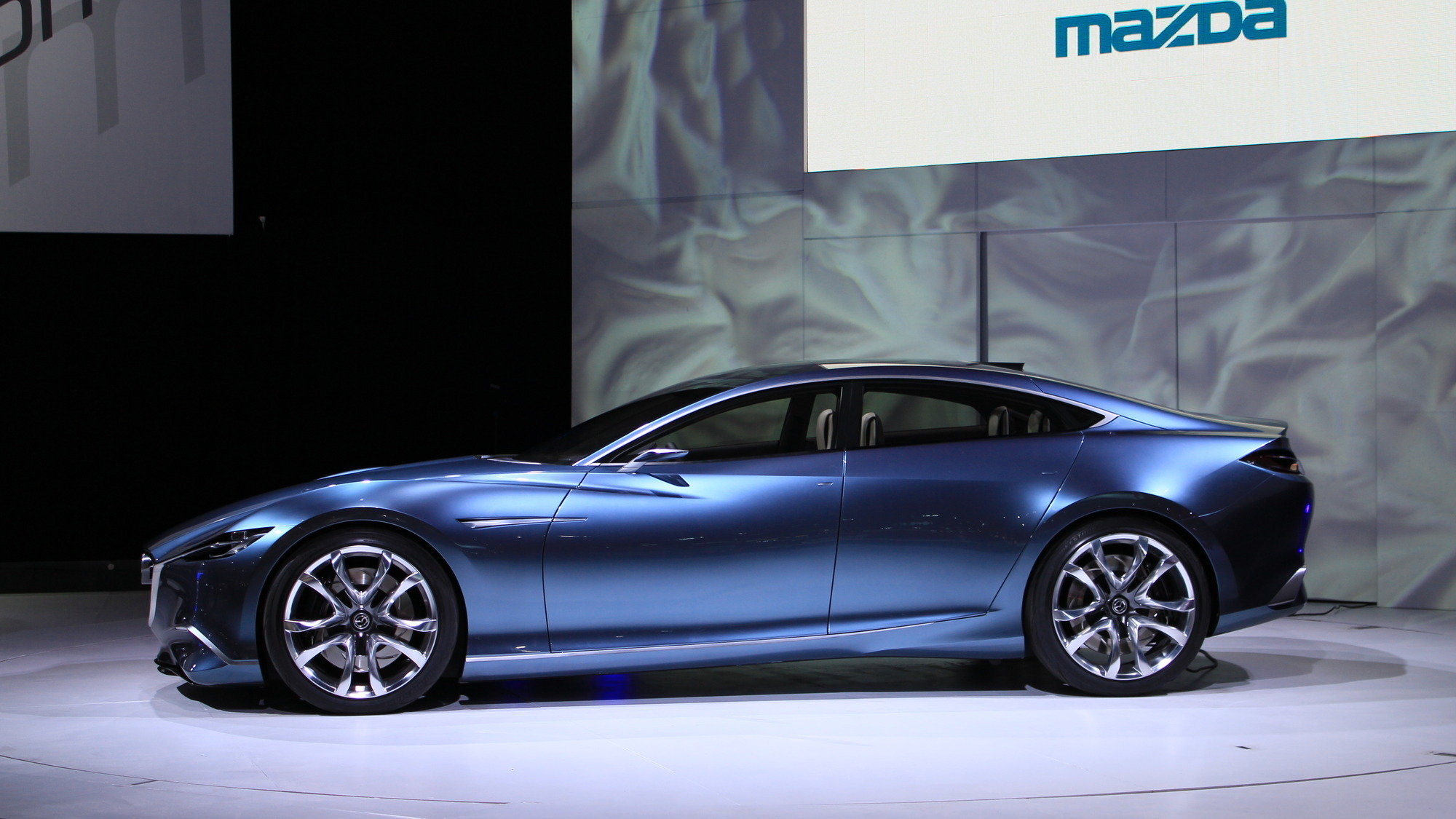 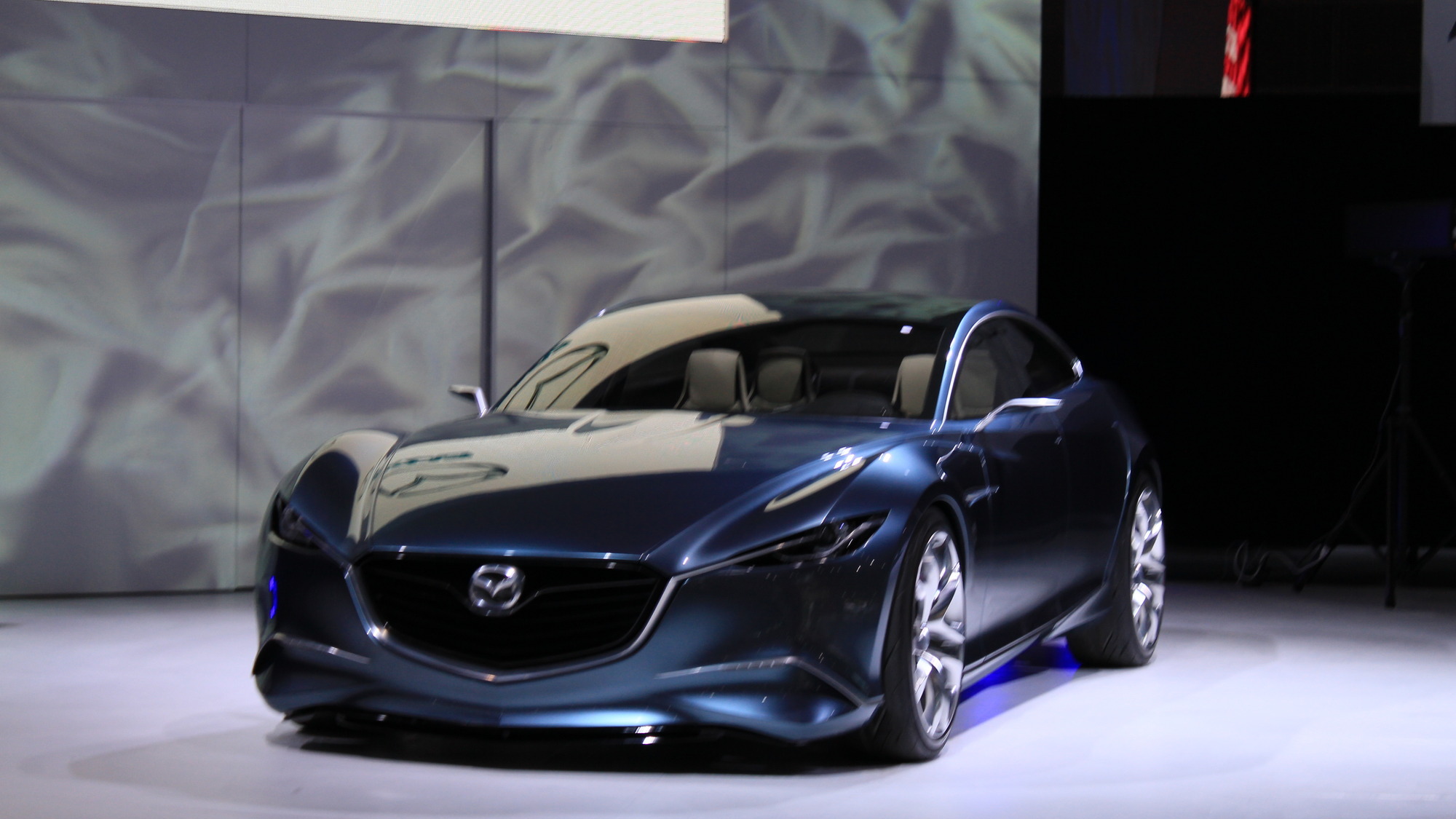 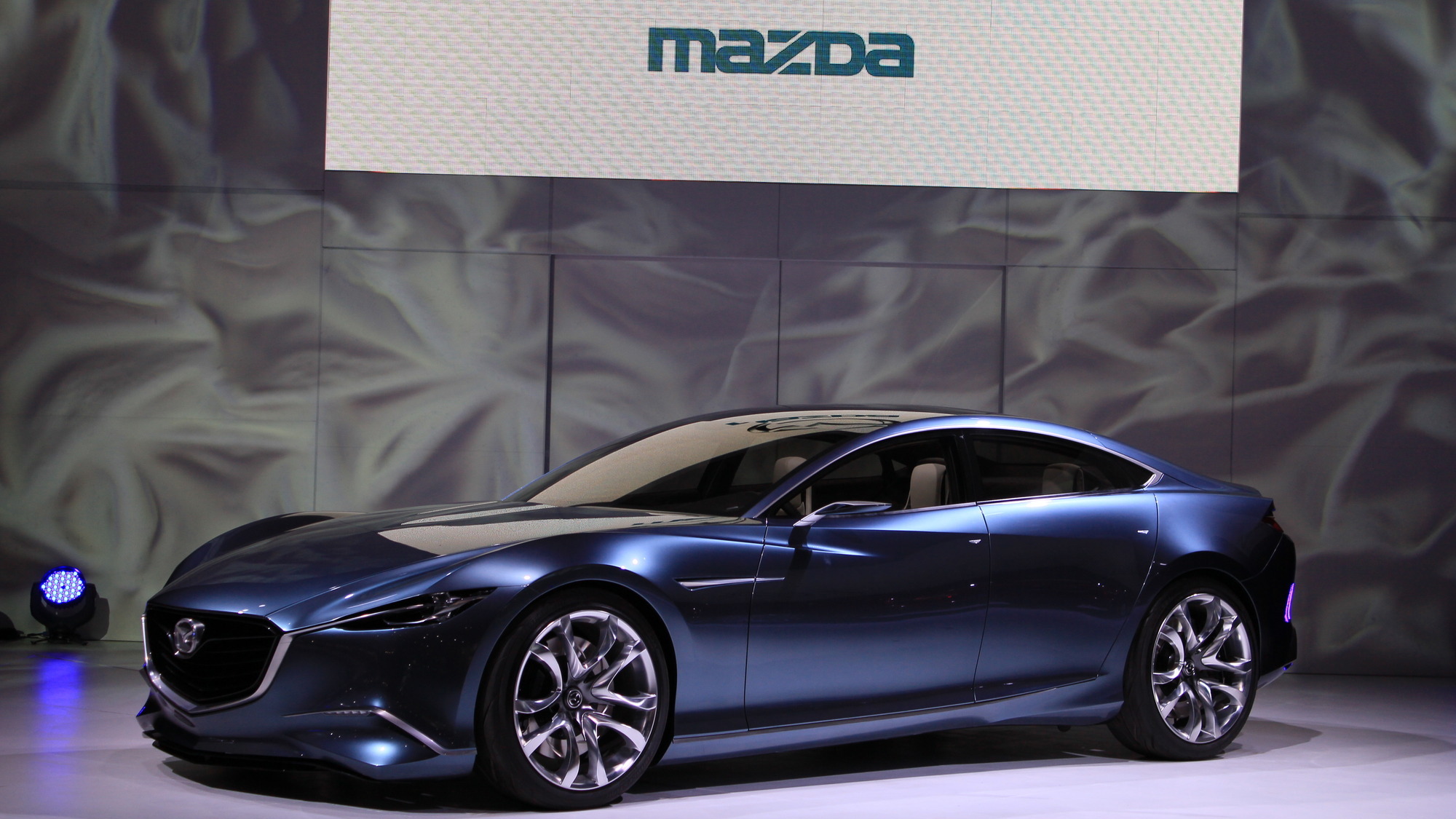 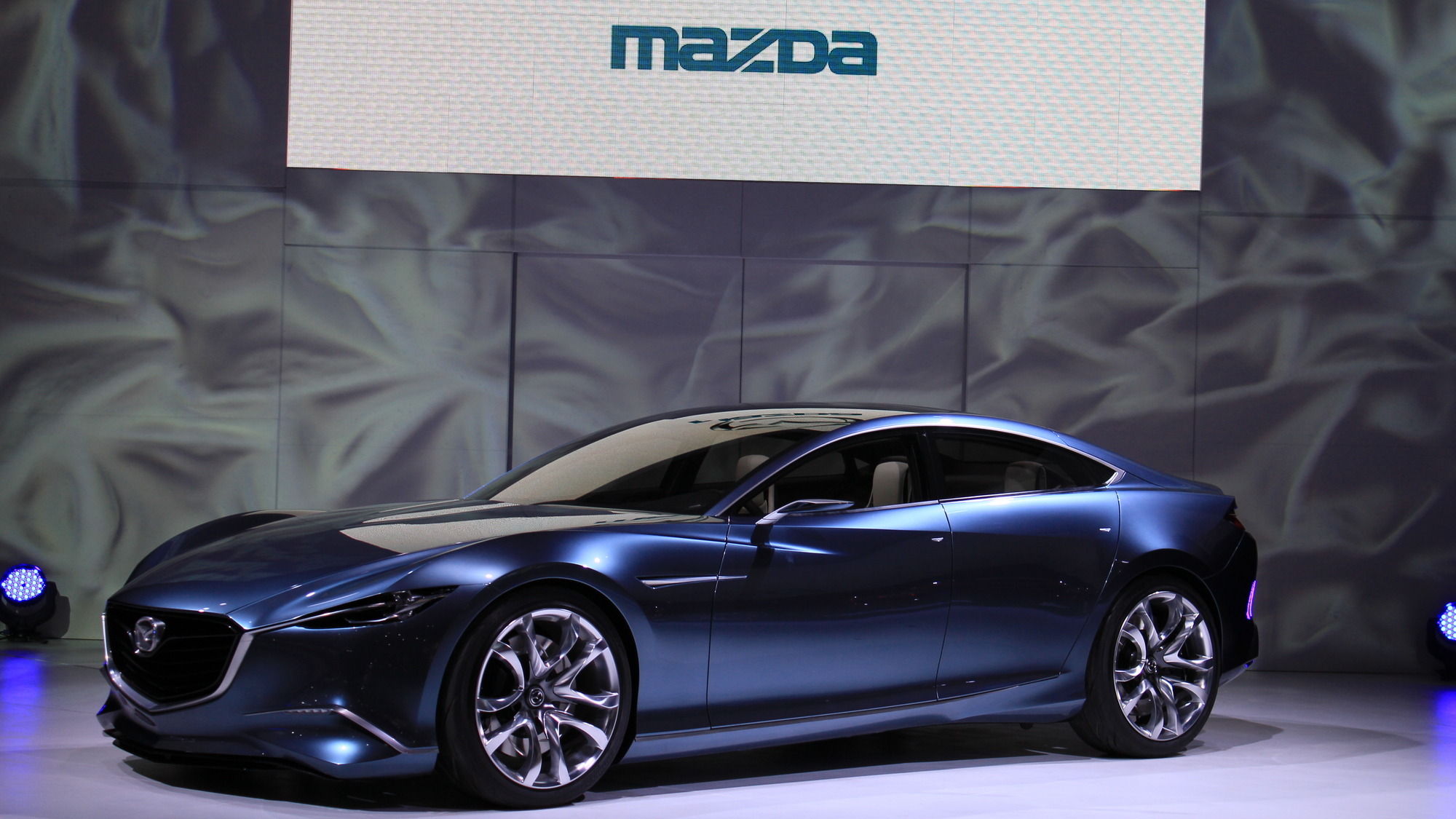 Mazda's Shinari Concept points the way toward the future of the carmaker, and we have to say: it looks good. These live photos bring the concept to life, fresh from the floor of the Los Angeles Auto Show.

It was supposed to show at the Paris auto show, and we saw official preview images then, but it again just refreshes the sleek elegance of the car's lines, as well as our hope that the more angular, less-smiley grille opening on the Shinari will soon make its way to Mazda's production vehicles.