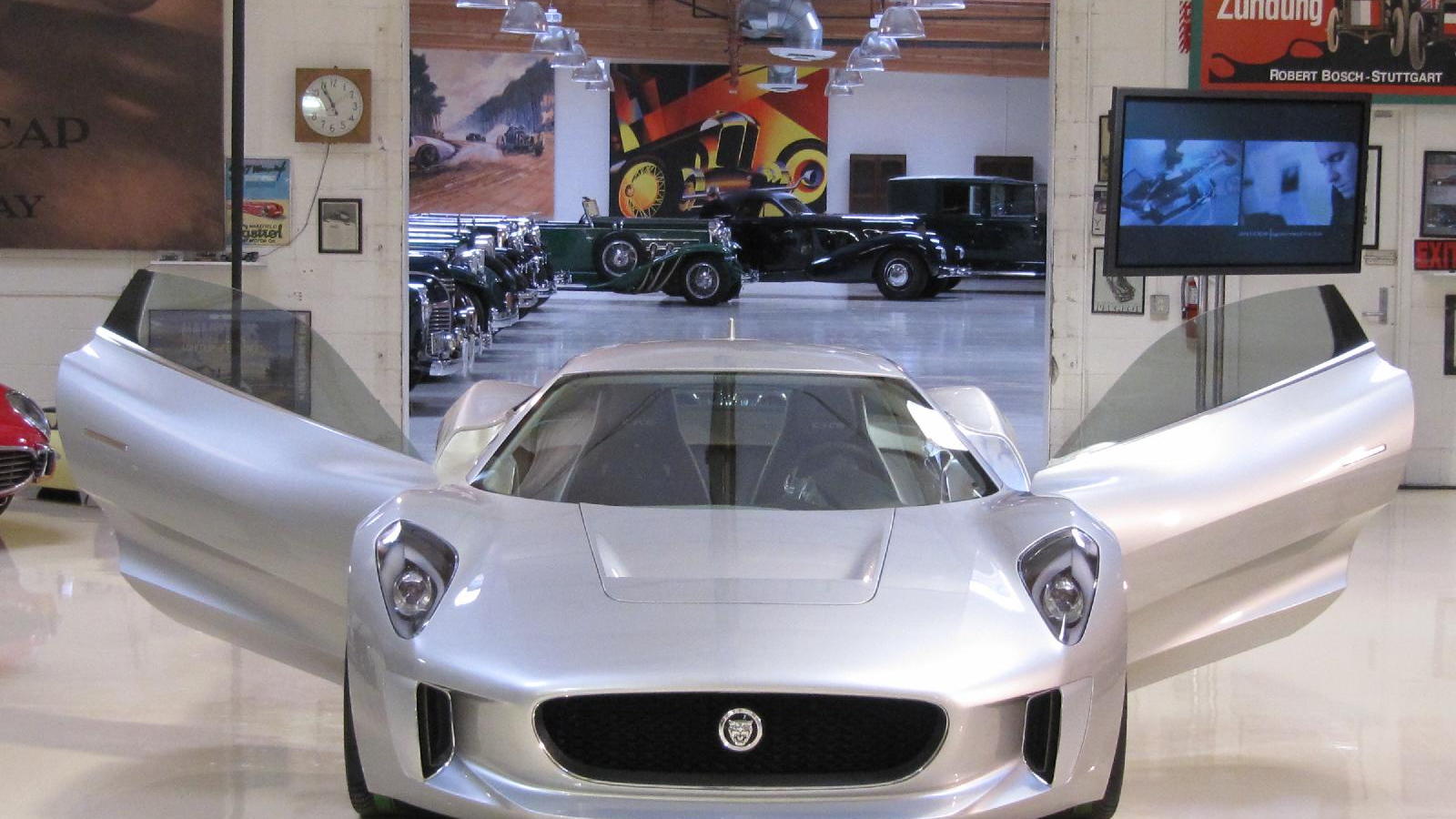 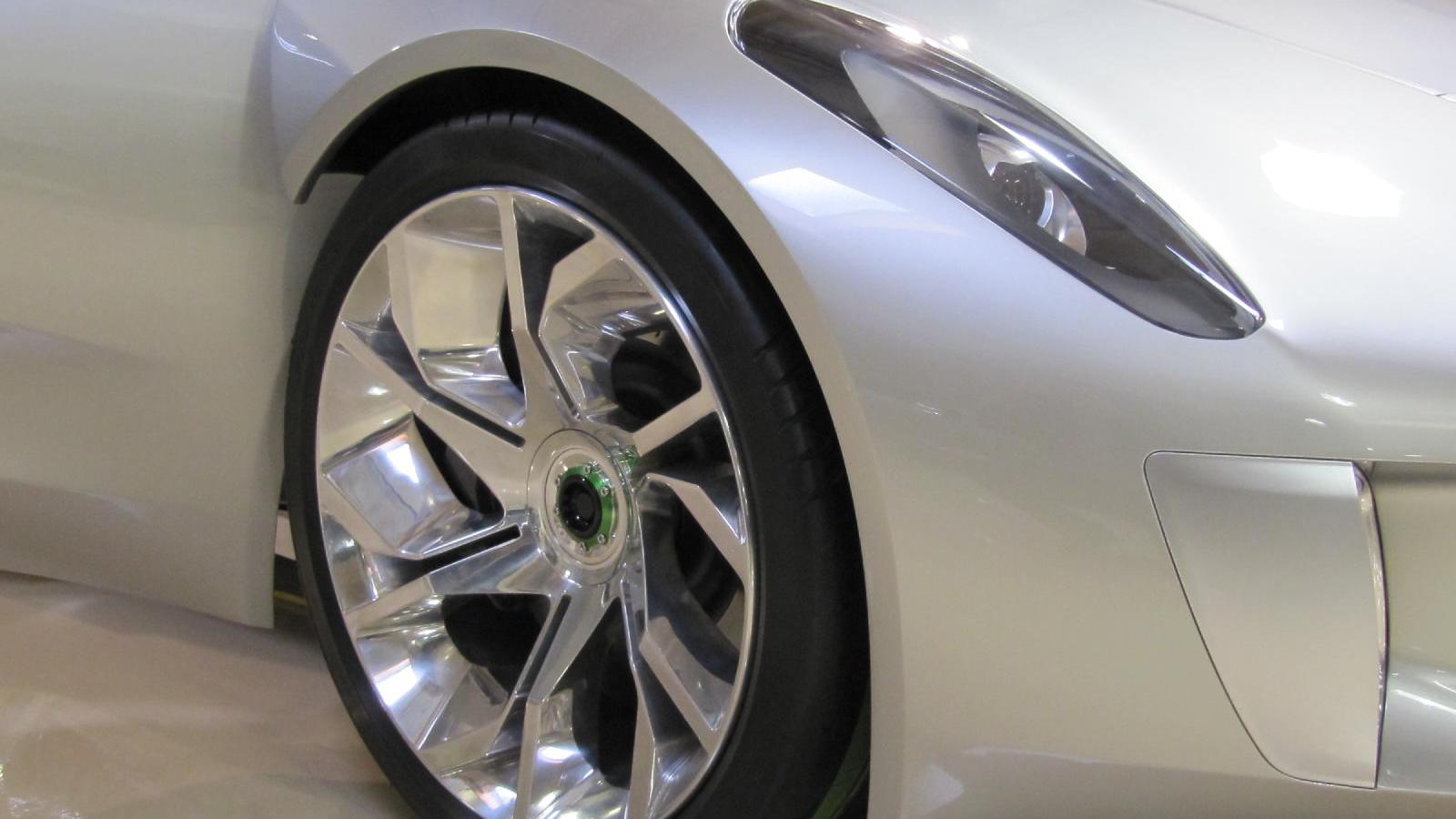 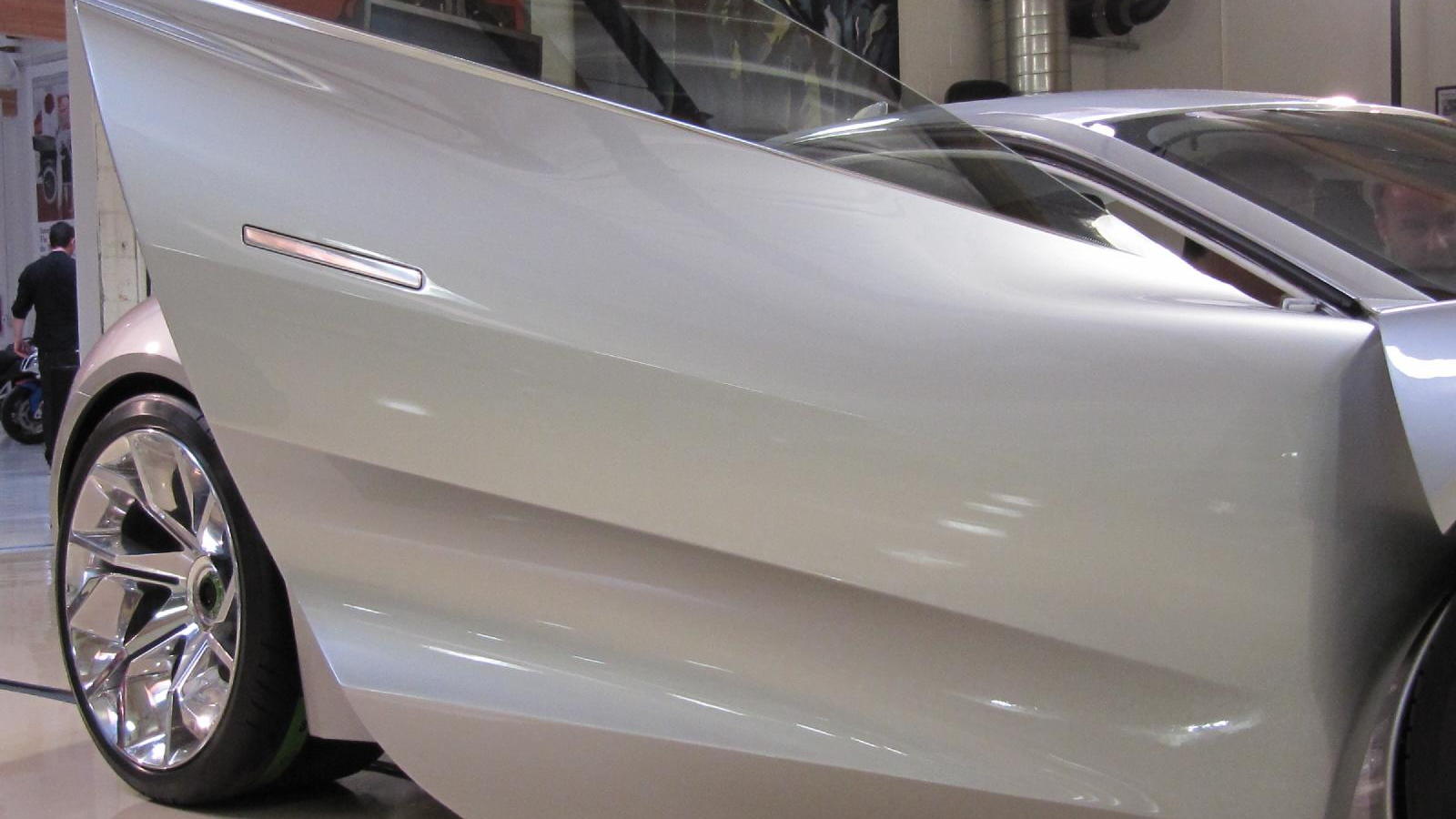 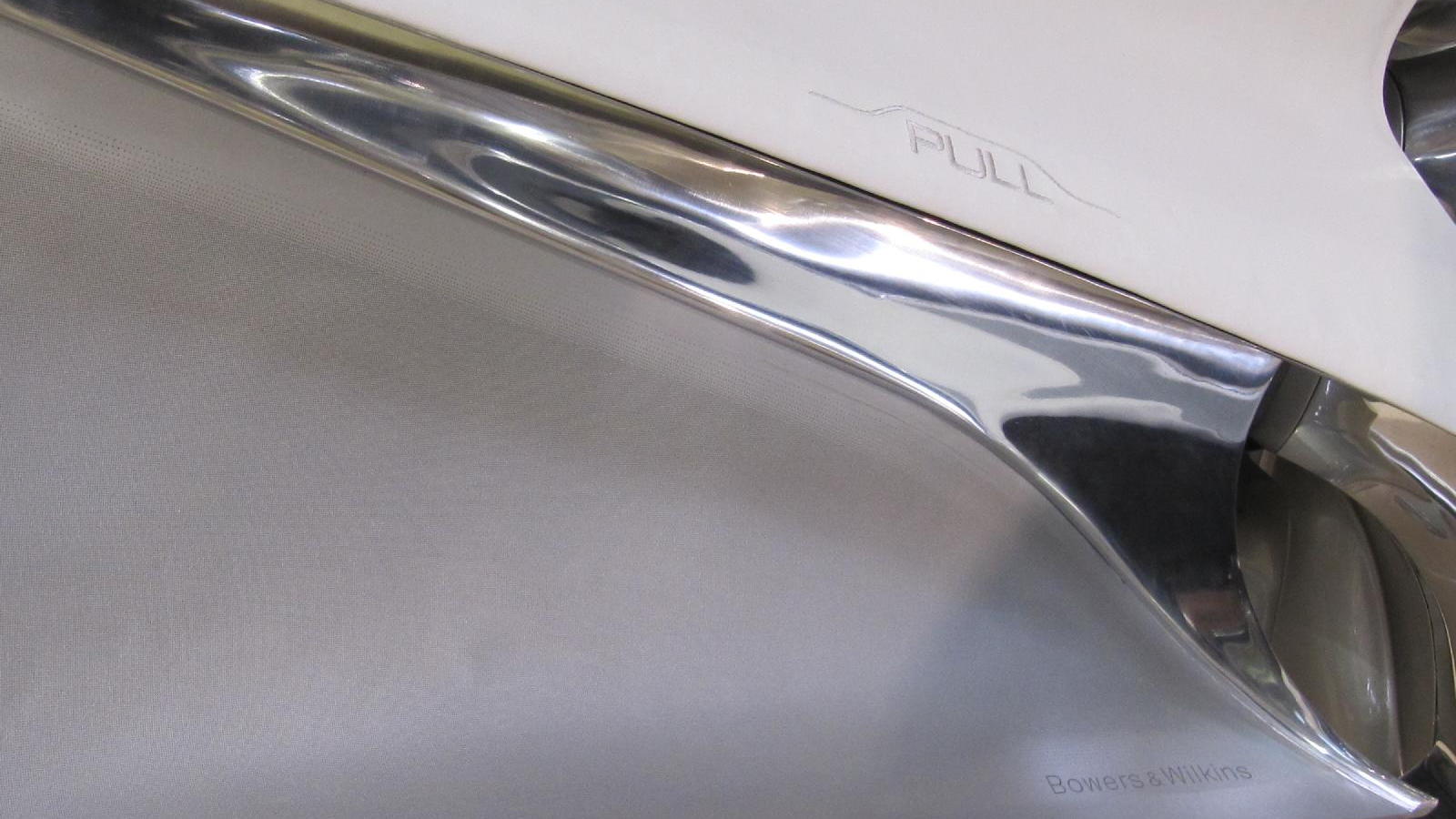 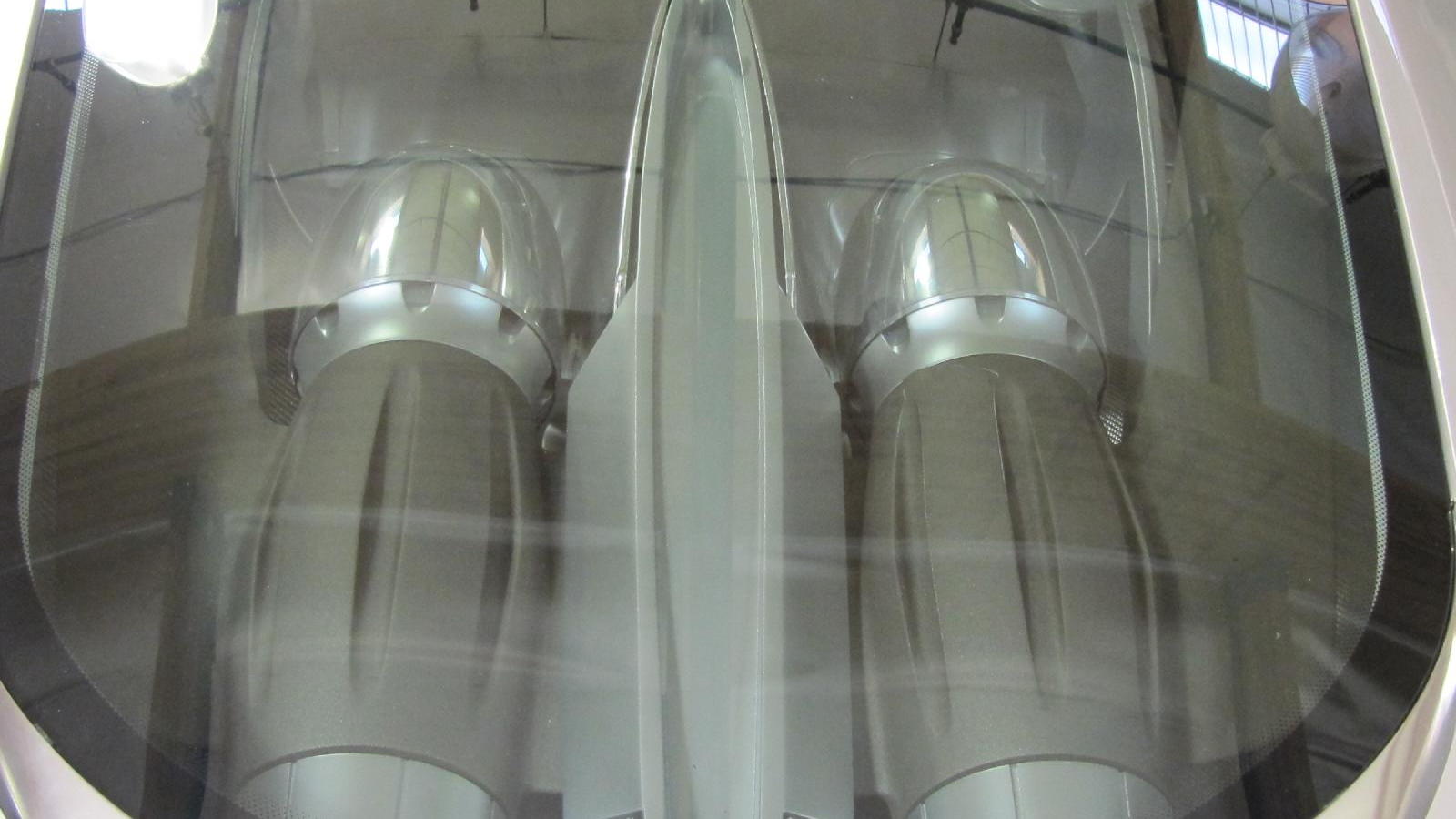 If you have possibly the most striking concept car of the year, what better place to show it off than what may be the biggest, best, and most jaw-dropping car collection in the U.S.?

Which is how Jaguar came to display its stunning C-X75 supercar concept at Jay Leno's Garage.

In a nondescript industrial park in Burbank, California, is a warehouse that holds perhaps one-third of the talk show host's collection of hundreds of cars, trucks, and motorcycles.

Sadly, Jaguar's supercar is a concept in the purest sense of the word. It's a design study and a technical showcase, but it will never run at more than a few miles per hour--and apparently it only really turns to the right.

The range-extending gas microturbines that provide electricity to its four drive motors are the focus of its advanced powertrain.

The C-X75 concept can run entirely in electric mode (0-60 mph), switch on one turbine to generate electricity (60-120 mph), or switch on both, one to power the car and the other to recharge the lithium-ion battery pack for sprints to more than 200 mph.

At least, that's the theory.

Now the gas microturbines go into bench testing, to determine whether they can actually be adapted to automotive use, and what it will take to ensure that their emissions are as clean as those from internal combustion engines running on gasoline or diesel.

Jaguar says the C-X75 is a design and technology showcase, and that elements of its style and running gear "are being investigated" for future production Jaguars.

And that's despite the gent in a Bugatti Veyron who showed up at his local Jaguar dealer in the U.K. waving a checkbook and demanding to be put at the top of the waiting list for a C-X75.