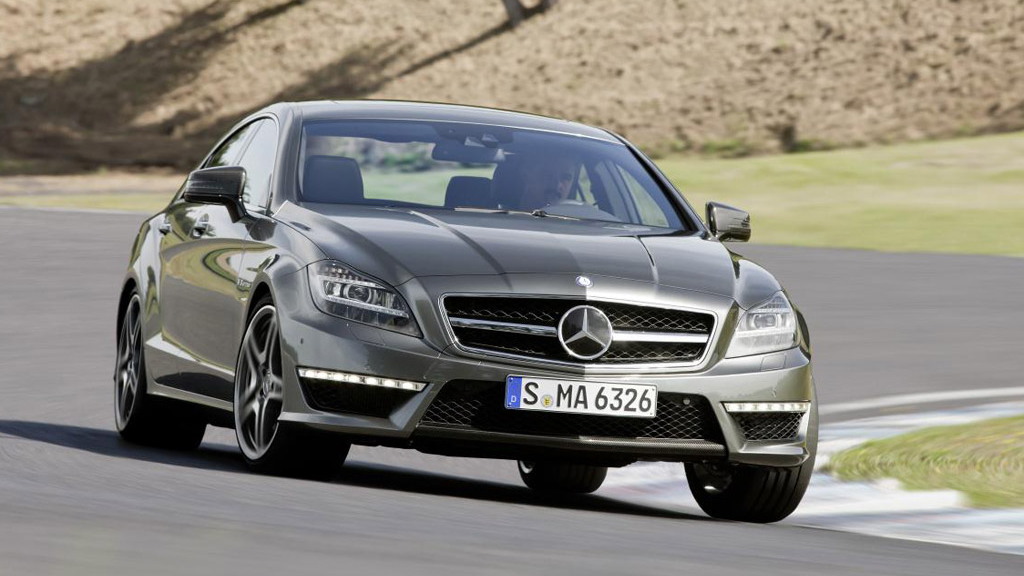 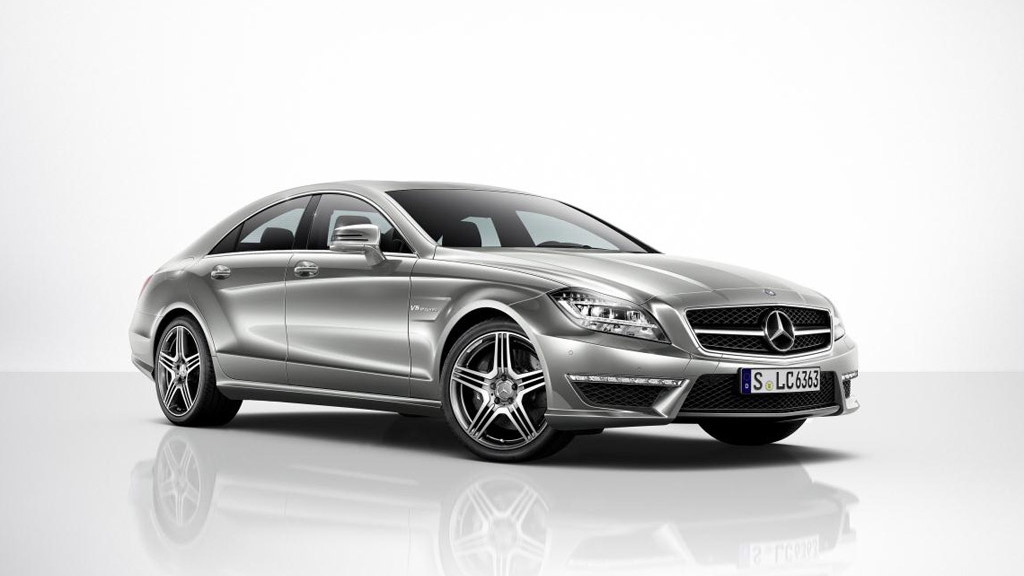 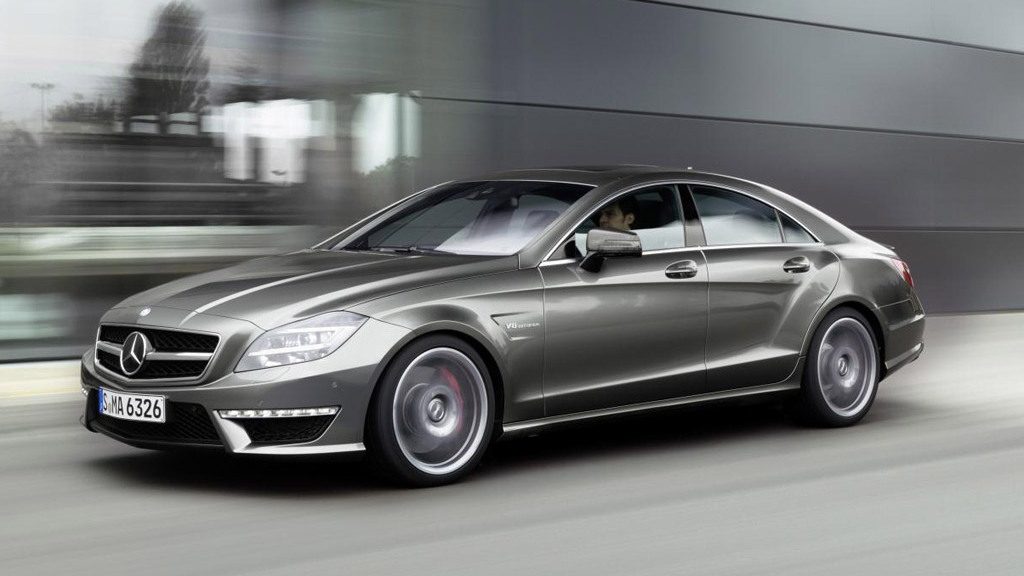 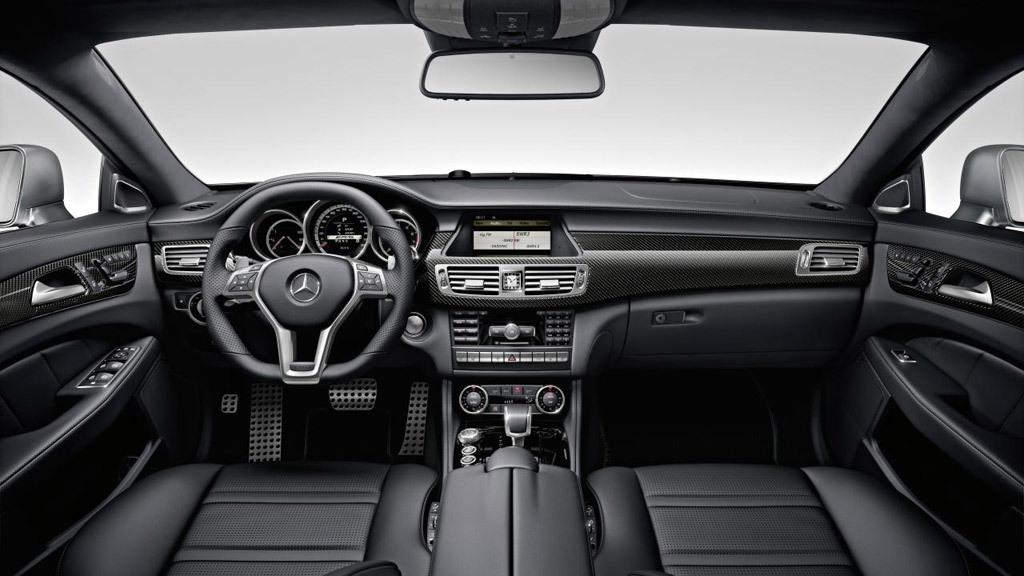 5
photos
Burbling turbo V-8 power, a sleek four-door coupe profile, and now, AMG badges. That's what's on deck this week for the 2010 Los Angeles Auto Show in the form of the 2012 Mercedes-Benz CLS63 AMG, which is making its world debut.

The 5.5-liter twin-turbo V-8 promises 518 horsepower and 516 pound-feet of torque paired with AMG's MCT multi-clutch seven-speed transmission. Get the Performance Package and AMG will up the output to 550 horsepower and 590 pound-feet of stump-pulling torque. Not that you'd ever do something so uncouth with your four-door coupe.

Both versions of the CLS63 AMG deliver exceptional performance--acceleration from 0-60 mph takes 4.4 and 4.3 seconds respectively, with an electronically limited top speed of 155 mph in the standard version and 186 mph with the Performance Package.

Despite the sledgehammer performance, fuel economy estimates are a very reasonable 16 mpg city and 21 mpg highway, representing an improvement of up to 33 percent compared with the outgoing model.

Part of the fuel economy gains are the result of the transmission’s innovative design. In contrast to a conventional automatic gearbox, the MCT transmission operates without a torque converter, using instead a compact, wet start-up clutch. Engine stop-start is standard equipment and is constantly active in the Controlled Efficiency (“C”) trans-mission program, switching off the eight-cylinder when the vehicle is at a standstill.

The Controlled Efficiency setting also provides smoother transmission mapping, delivering comfortable and early shifting, starting from rest in second gear. A green “ECO” symbol on the AMG dash indicates to the driver that the stop-start function is active.

The “S” (Sport), “S+” (Sport Plus) and “M” (Manual) programs offer a more agile engine and transmission setup, while the stop-start function is deactivated. In the “M”, “S” and “S+” modes, the engine management partially suppresses the cylinders by interrupting ignition and injection for a very short and precisely defined period under full load, it makes shift times faster than ever. Automatic rev-matching and the RACE START launch control function are also included.

Handling is improved over the outgoing model thanks to the latest version of the AMG Adaptive Suspension damping system, as well as a new front axle arrangement and electro-hydraulic steering. The driver can switch between the three suspension settings “Comfort”, “Sport” and “Sport plus” at the touch of a button.

In terms of safety, there are more than a dozen driver assistance systems in the new CLS working together to avoid accidents. New systems include Active Blind Spot Assist and Active Lane Keeping Assist (both part of the Driver Assistance Package).

Stopping power comes from 14.2 inch internally ventilated and cross-drilled brake discs at all four corners. These reside within 19 inch light alloy wheels. Further weight saving gains are made with the addition of aluminum components instead of regular steel, including the doors, hood, front fenders, rear parcel shelf, several beam profiles and a large number of chassis and engine components.

Also on display, making its U.S. debut and marking the start of limited-volume retail leasing is the F-Cell fuel-cell electric vehicle based on the Mercedes-Benz B-Class. Powered by a 136 horsepower electric motor and a 35 kilowatt lithium ion battery to store the hydrogen fuel cell's generative capacity, the F-Cell emits only water and air from the exhaust. If you're wondering where on earth you're going to get hydrogen to fill the 10,150 psi tanks, you're not alone, though Mercedes appears to have a few markets, starting in Southern California, that have refueling stations. Time to fill the tanks is just three minutes.

There will also be the bulk of Mercedes' freshened 2011 lineup. For more on this week’s L.A. event, check out our full coverage page by clicking here.