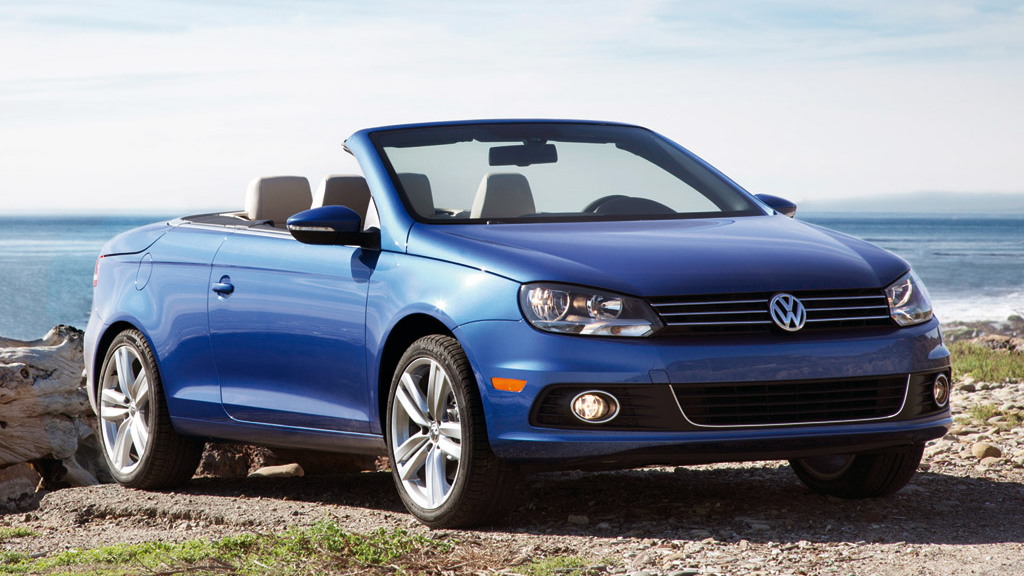 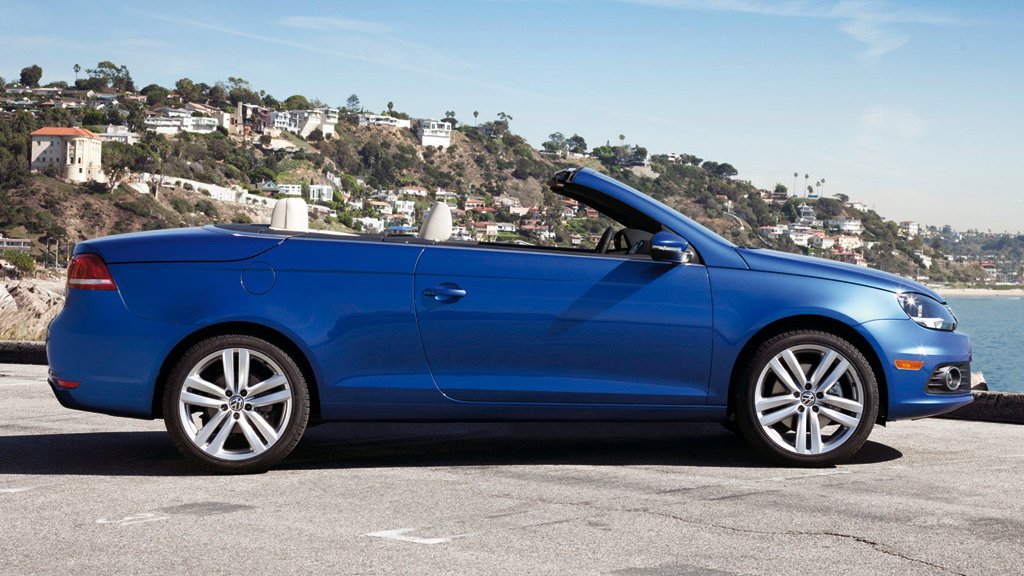 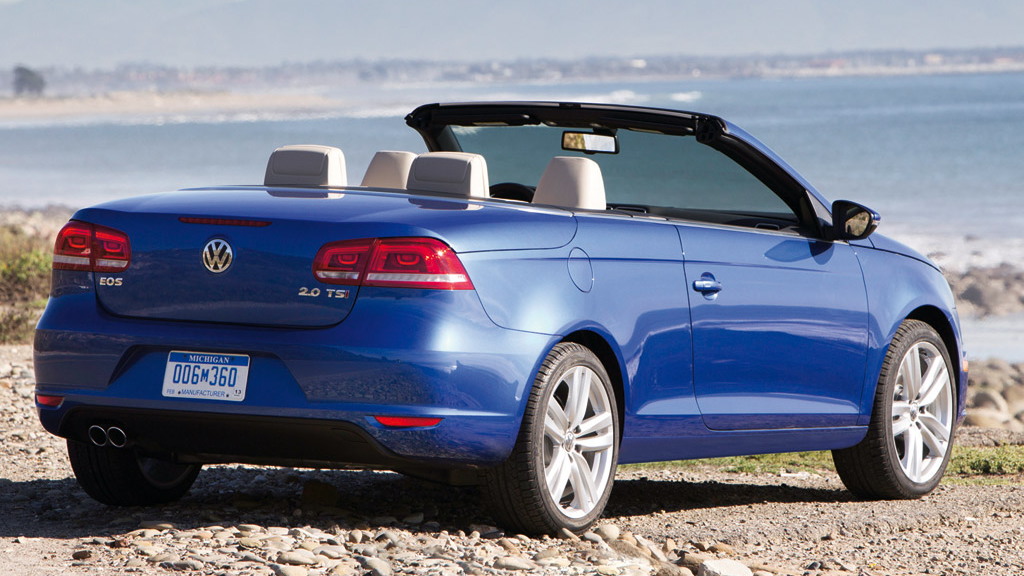 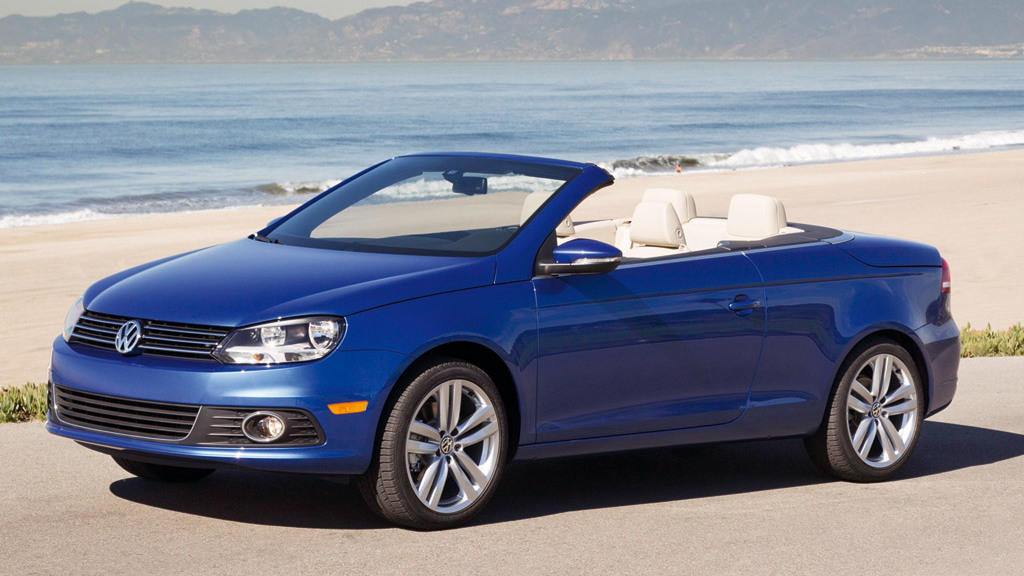 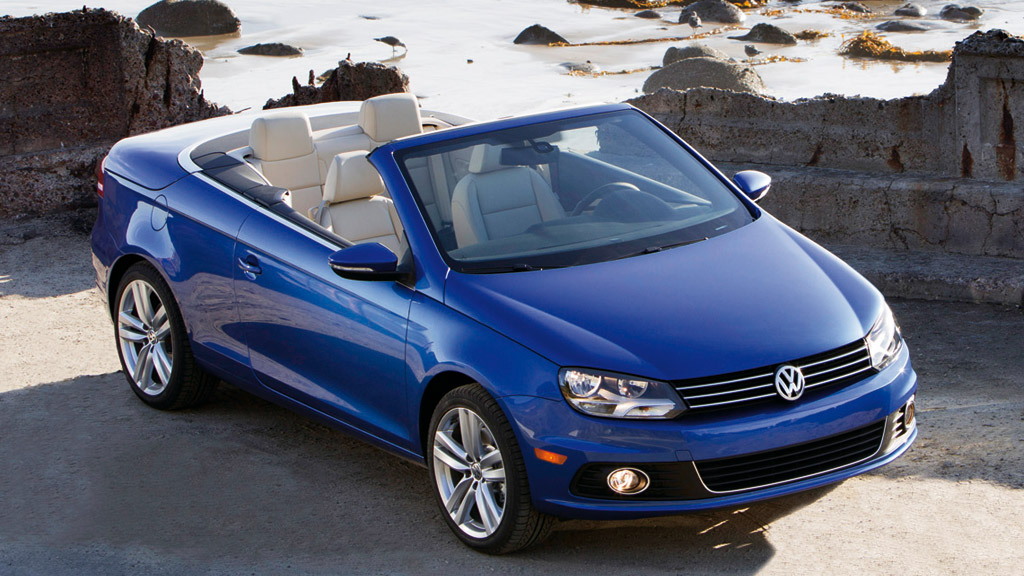 9
photos
Volkswagen has taken the wraps off its second-generation Eos convertible on the eve of the 2010 Los Angeles Auto Show, where the new car will make its official world debut tomorrow. Featuring an updated design with numerous new features, the 2012 Volkswagen Eos still offers plenty of style and value, as well as the added security of a folding hard-top roof.

In fact, the German engineered Eos is the only hard-top convertible with a built-in sunroof. The robust five-part roof converts the Eos from coupe to convertible (and vice versa) in just 25 seconds with the touch of a button. A wind deflector is integrated into the roof bow above the sun visors that effectively reduces wind noise when the top is stowed.

The interior is heavily updated when compared with the outgoing model, sporting new trim on the instrument panel and doors, as well as chrome-framed window buttons and light switches. All Eos models are equipped with a leather-wrapped multifunction steering wheel and shift knob. Also new on the Eos is the Keyless Entry and Start System, which allows the owner to get in and start up the engine without pulling out the key.

The sole engine option is a 2.0-liter direct injected and turbocharged four-cylinder engine developing upwards of 200 horsepower and 207 pound-feet of torque. The engine is matched to a six-speed dual clutch transmission, and in this combination offers a fuel economy rating of up to 31 mpg on the highway.

The 2012 Volkswagen Eos comes standard with 24-hour Roadside Assistance for three years or 36,000 miles (whichever occurs first), through a third party provider. The vehicle is also eligible for a no-charge Carefree Maintenance Program, which covers all of the scheduled maintenance, as described in the maintenance booklet, for the length of the New Vehicle Warranty--three years or 36,000 miles, whichever occurs first.

First sales are scheduled to start in early spring of 2011.