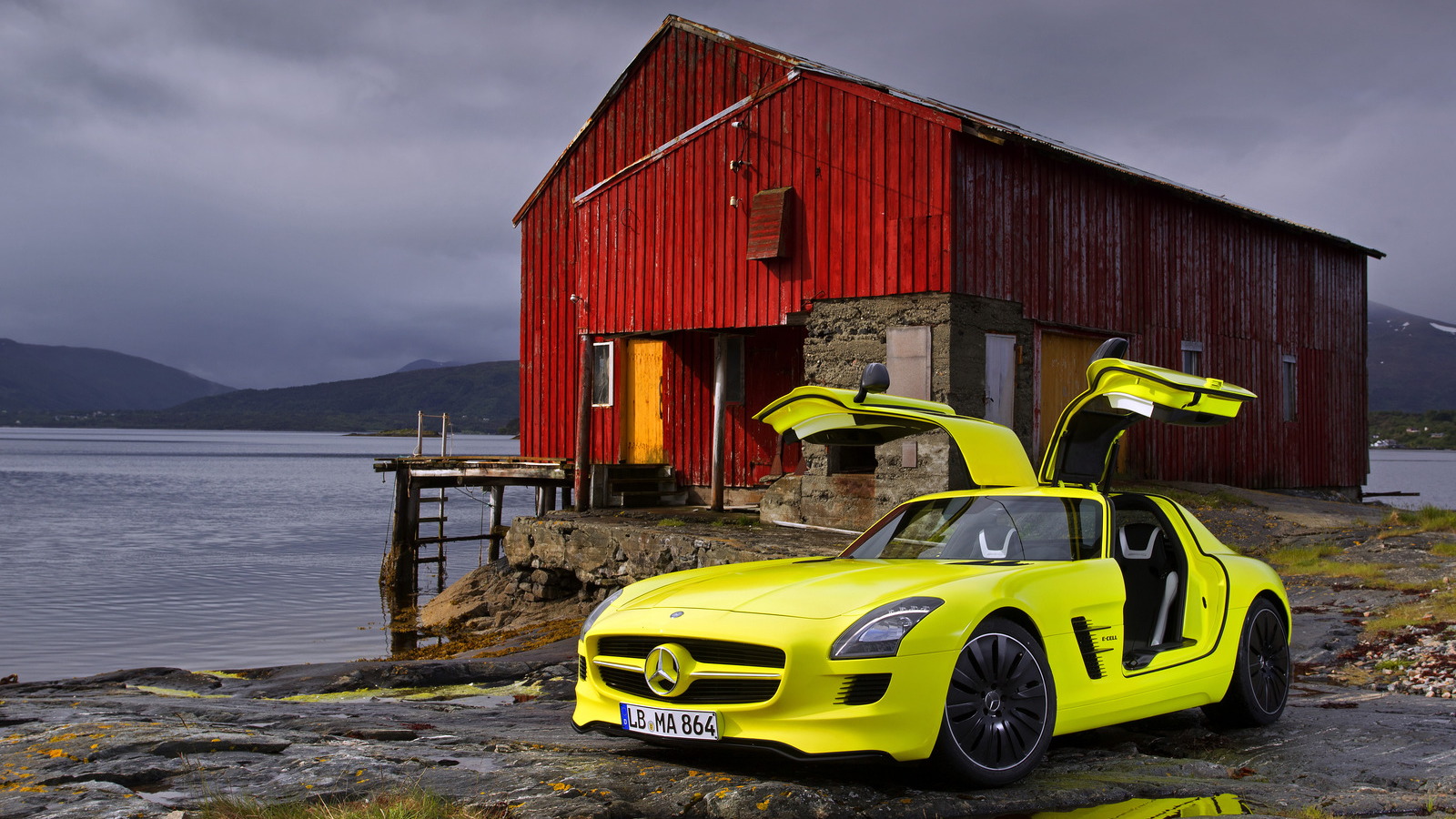 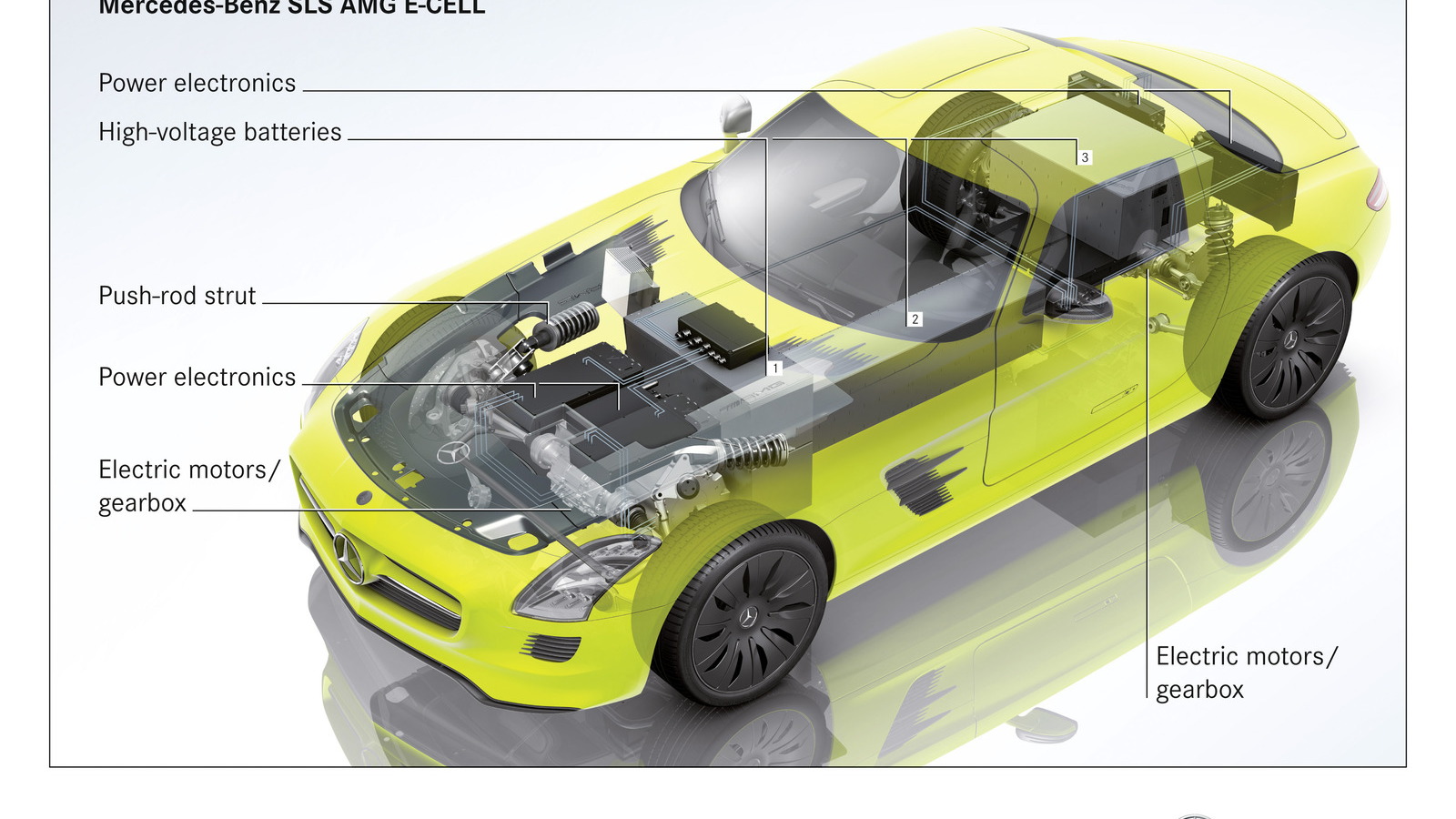 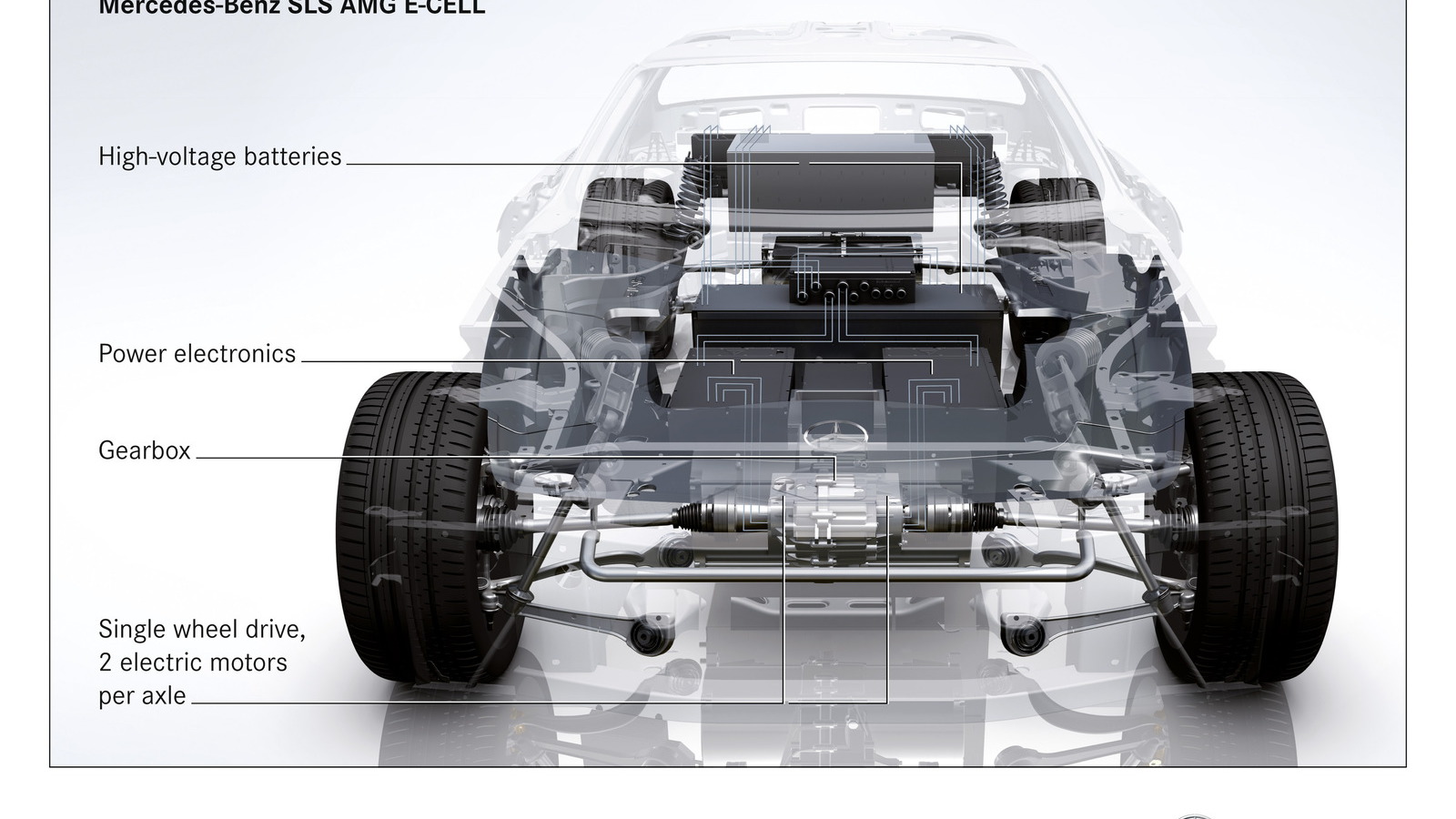 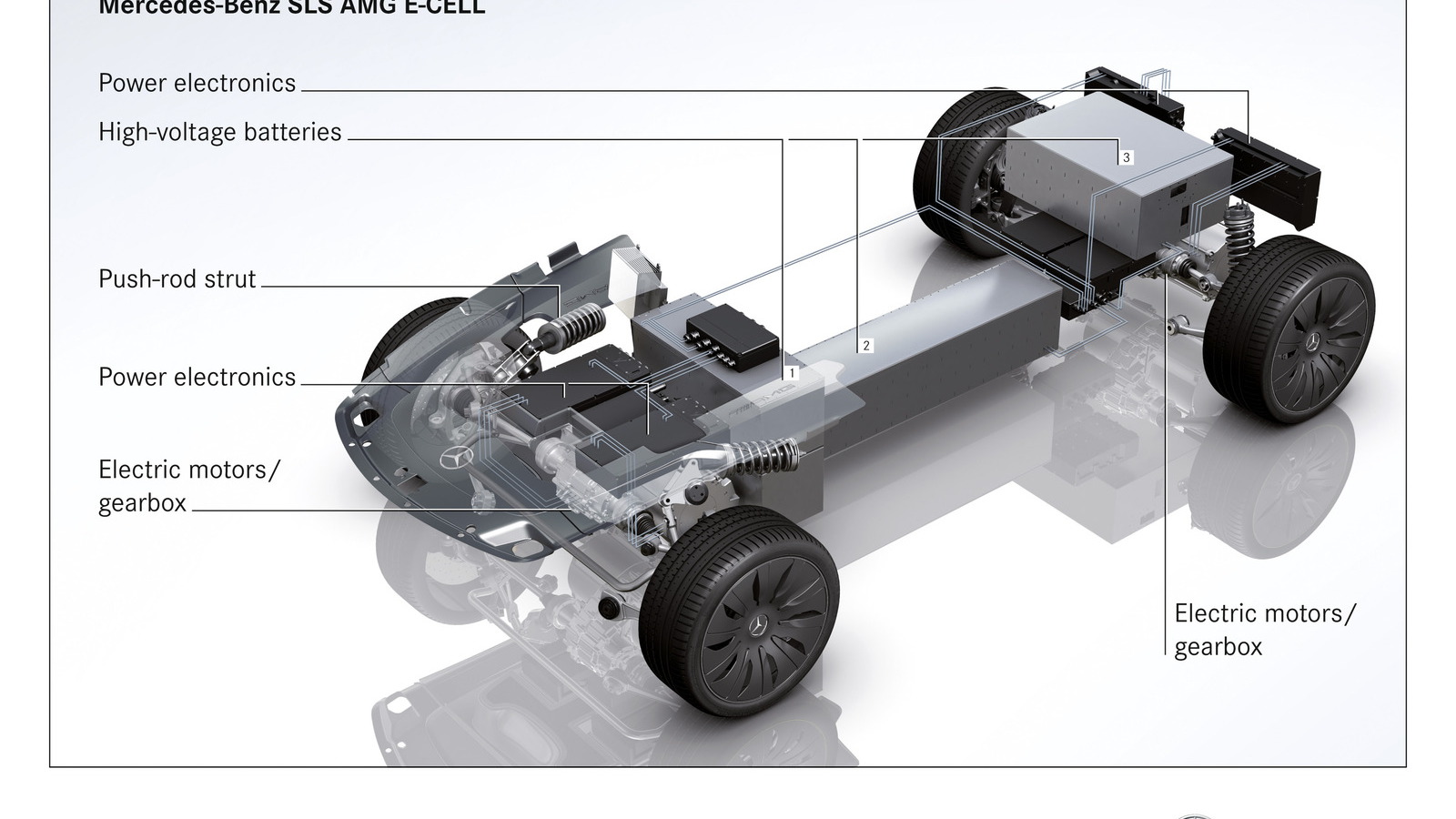 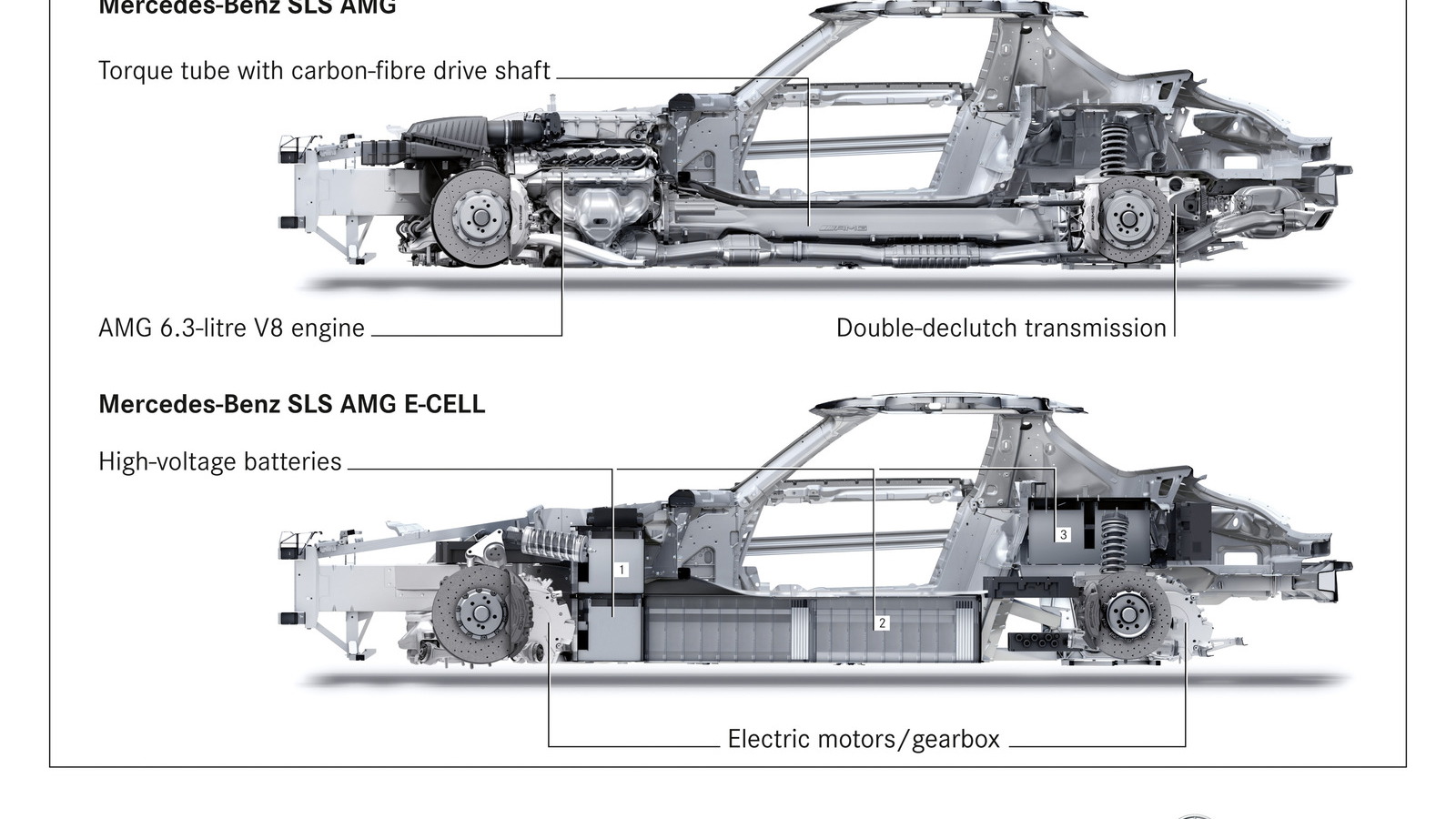 Previewing what may come as a 2013 model dubbed the SLS AMG Electric, the SLS AMG E-Cell prototype has finally been officially unveiled in all its high-res splendor. The full details on the car reveal the layout and scheme of the car's electronics, batteries, and drivetrain as well.

While there's nothing unexpected in the car's official press release, it does confirm what has trickled out through various sources to date: the car generates 525 horsepower, about 10 percent less than the 6.3-liter V-8-powered SLS AMG, and accelerates to 62 mph in just 4.0 seconds, 0.2 seconds behind the gas-powered car. The quick time is no doubt attributable largely to the all-wheel drive layout of the E-Cell.

For those worried about the ability of the batteries to handle the draw from the powerful, 12,000-rpm electric motors, however, rest assured: the 324-cell lithium-ion pack's max power load rating is 480 kilowatts, leaving significant headroom for heat and longevity.

One key difference from the SLS AMG to the E-Cell is the front suspension layout. While the gas-fueled car gets a double wishbone treatment, the E-Cell gets a multilink with horizontal pushrod dampers to make room for the front-wheel driveshafts. Mercedes says the layout maintains the same high level of performance found in the standard SLS.

With all the fun we had driving one of these modern Gullwings in Mexico, we're sure the electric is a rush. We're just not sure about the range--the instrument panel has a gauge to display how much is left, but Mercedes hasn't put an official number on the maximum. With a 48 kilowatt-hour pack (three times the size of the Volt's) we'd expect something like 100-120 miles out of the car under typical driving conditions. But according to our calculations you'll only get about seven minutes out of it if continuously at the motors' maximum output.