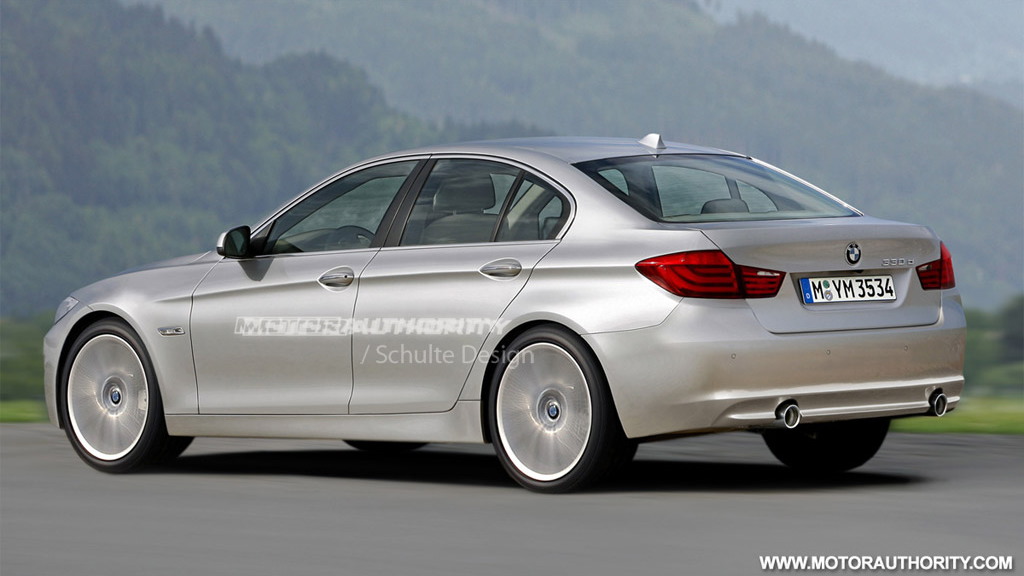 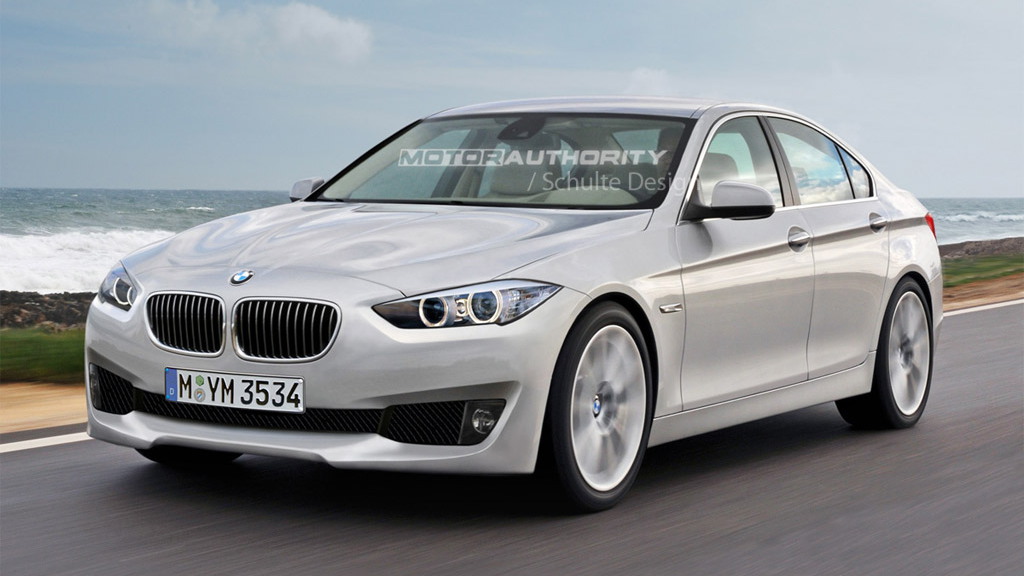 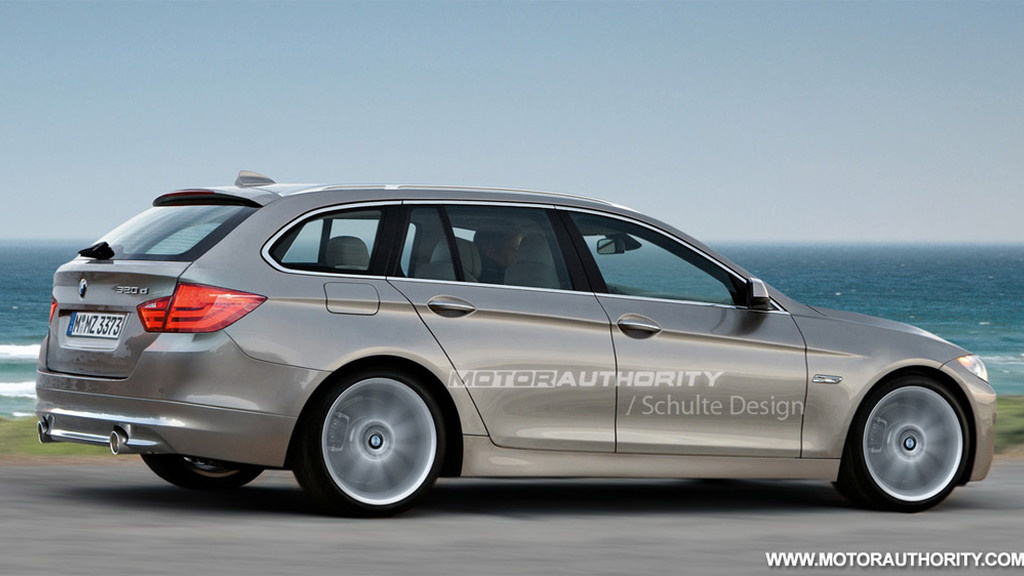 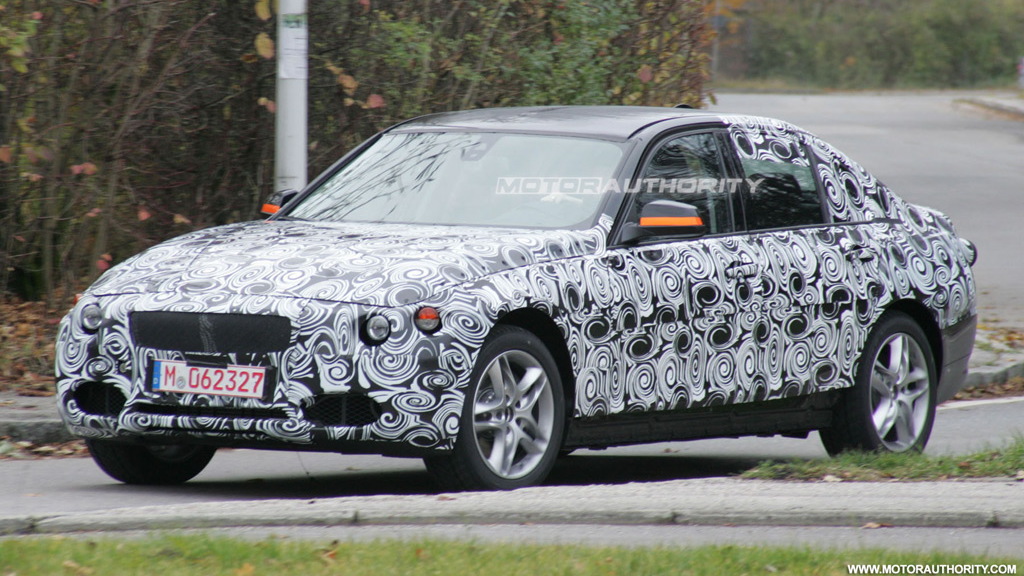 9
photos
UPDATE: The new F30 3-Series has just been revealed as a 2012 model. Click here for all the official details and photos.

The current E90 BMW 3-Series has been on the market since 2005, so it's only fitting that details about the next-gen model are beginning to circulate. Most agree that the next model will feature styling lifted, at least in part, from the Concept CS, though also expect to see a healthy dose of the new corporate styling debuted on the latest 7-Series.

These are the latest computer-generated renderings for the new car, based on recent spy shots of a prototype. They reveal very similar proportions to the current model although the wheelbase is slightly longer.

Due in 2012, the new car will pay special attention to efficiency and it will achieve that goal through extensive use of BMW's EfficientDynamics technology. Low drag aerodynamics, smaller engines, and high-tech electronics will combine to make the next 3-Series a step above the current car.

Aesthetically, designers will attempt to address criticisms of the current car's awkward styling and lack of interior space. The bonnet will likely sit much higher than on the current model to improve pedestrian safety, while the sides will be marked with a prominent character line and high beltline. Weight will be reduced thanks to the increased use of aluminum and other advanced materials in its construction.

A huge change for the 2012 car could be the addition of three-cylinder engines to the lineup. Though these wouldn't likely be seen in the U.S. during the first half of the next 3-series model life, they could eventually make their way across the pond if fuel efficiency and emissions regulations continue to tighten past 2016. We do know that a four-cylinder model, with turbocharging, will be offered in the U.S. with the arrival of the new car.

With a single turbo and 1.5-liters of displacement--effectively half of the current twin-turbo inline six-cylinder engine--the future three-cylinder models, meanwhile, would be good for anywhere from 150-170 horsepower and 150-220 pound-feet of torque, with the gasoline models weighing in lower on the torque scale than the diesel models. Paired with an ultra-efficient 8-speed transmission and more efficient auxiliary systems such as heating and cooling, the next-gen 3-Series is expected to deliver some seriously impressive economy.

One of the new advanced EfficientDynamics technologies to make its way into the next 3-Series will be a so-called 'air curtain'. Using a special series of ducts and vents, the system directs air in a manner such that it slips neatly over the wheels, which are normally an area of high turbulence, and therefore energy-sapping drag.

In addition to making the car more efficient overall, BMW is looking to make the next 3-Series less expensive to build and therefore to buy as it aims for larger volumes. Whether that will mean compromises in terms of total feature set or simply a lower-end range of models to entice entry-level luxury buyers is not clear, but pushing the 3-Series so far down-market could step on the toes of the 1-Series range and any future city cars coming from the Project i initiative.

Finally, as yet another measure to enhance efficiency while still delivering a BMW driving experience, expect to see the hybrid technology debuting on the X6 ActiveHybrid and ActiveHybrid 7 to eventually make its way to the 3-Series, albeit in somewhat reduced form. This technology will likely be especially targeted at U.S. buyers, since even by the car's mid-cycle revamp in 2016, there isn't likely to be widespread adoption of diesel-engined cars.

Of course, all of these details are still speculative at this point, but it's clear that BMW is pushing its mainstream offerings in a more efficient direction while still trying to maintain their engaging, driver-focused character. It is a difficult balancing act, but one that enthusiasts will enjoy seeing played out over the years to come.