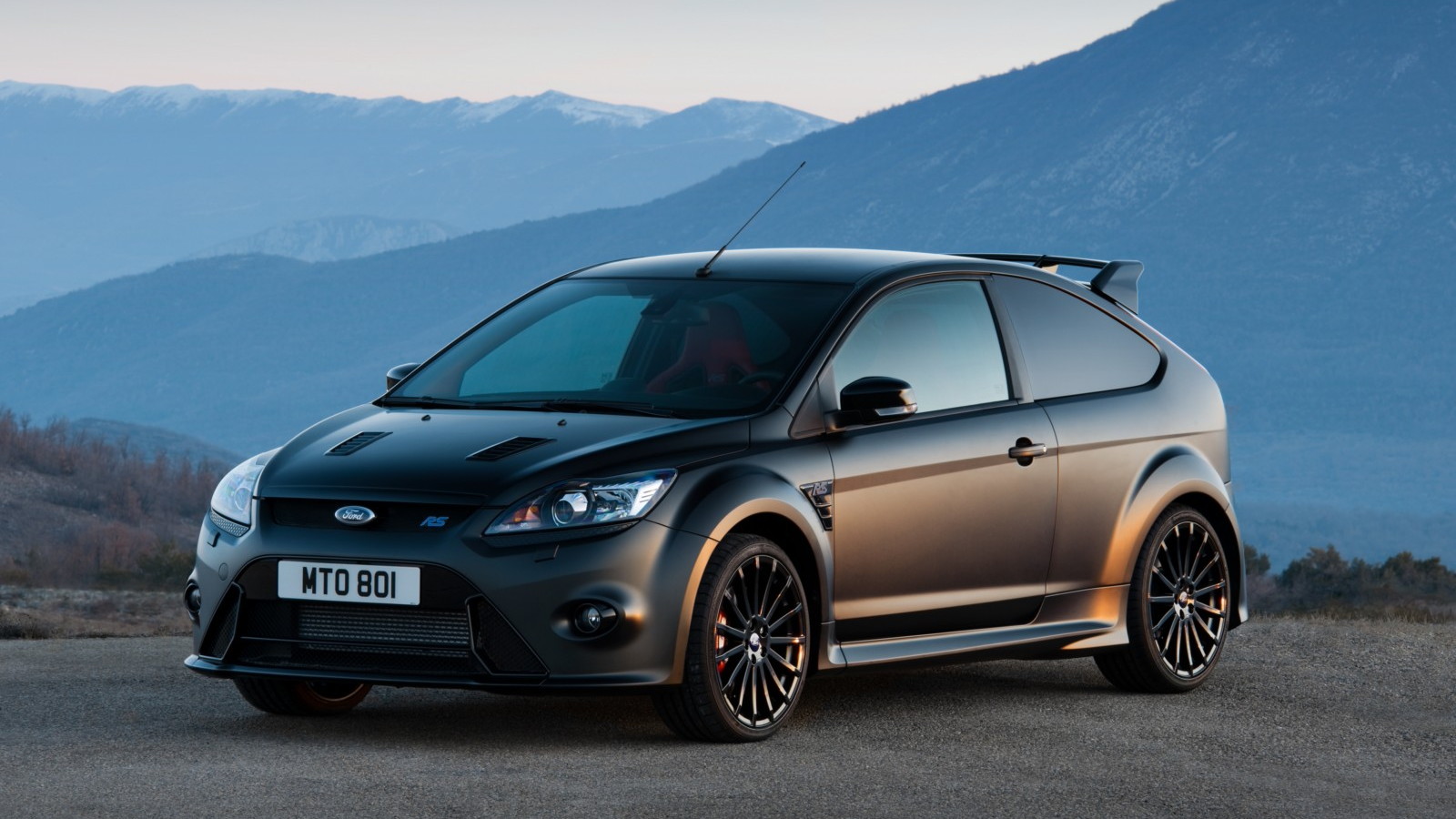 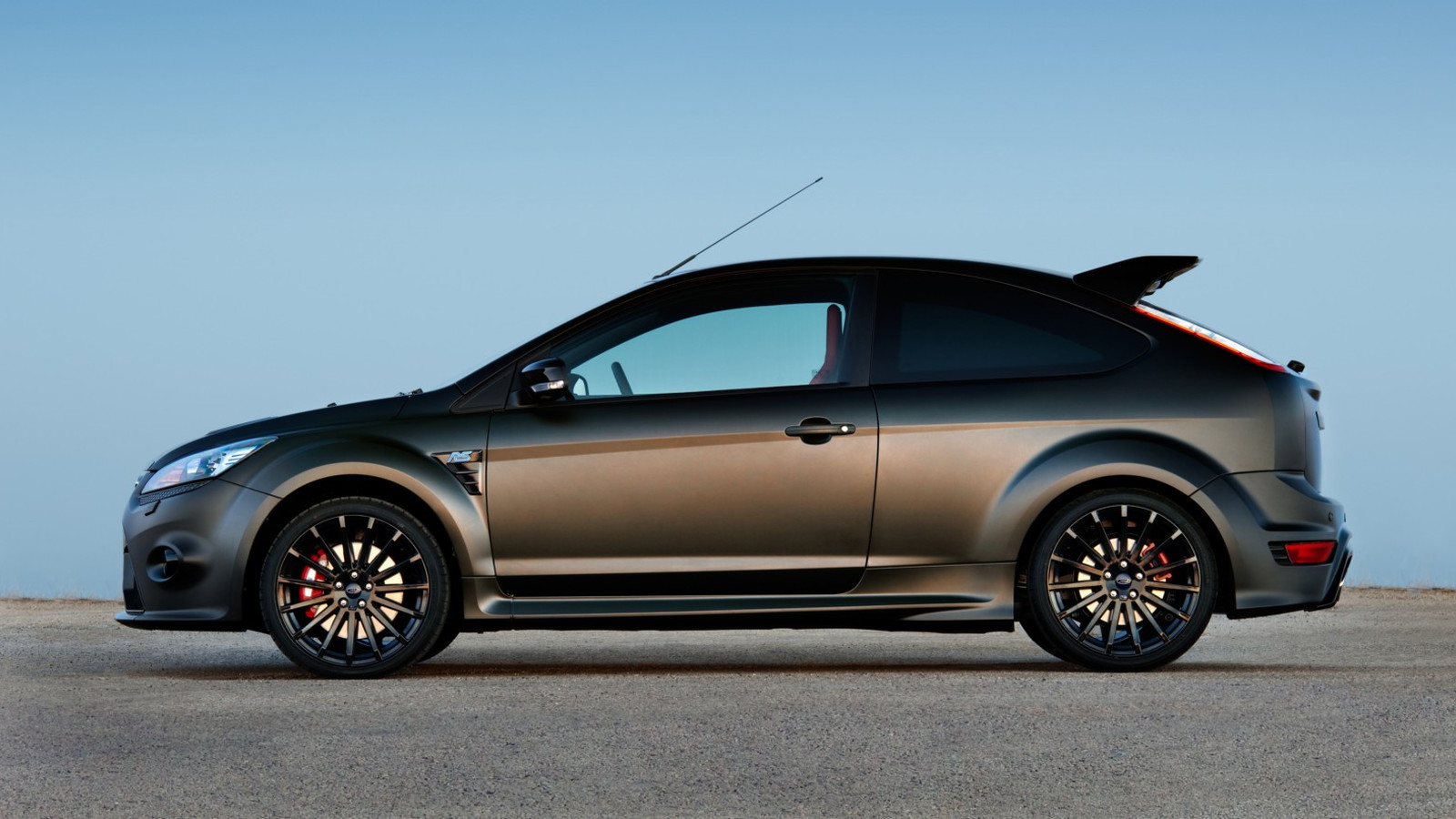 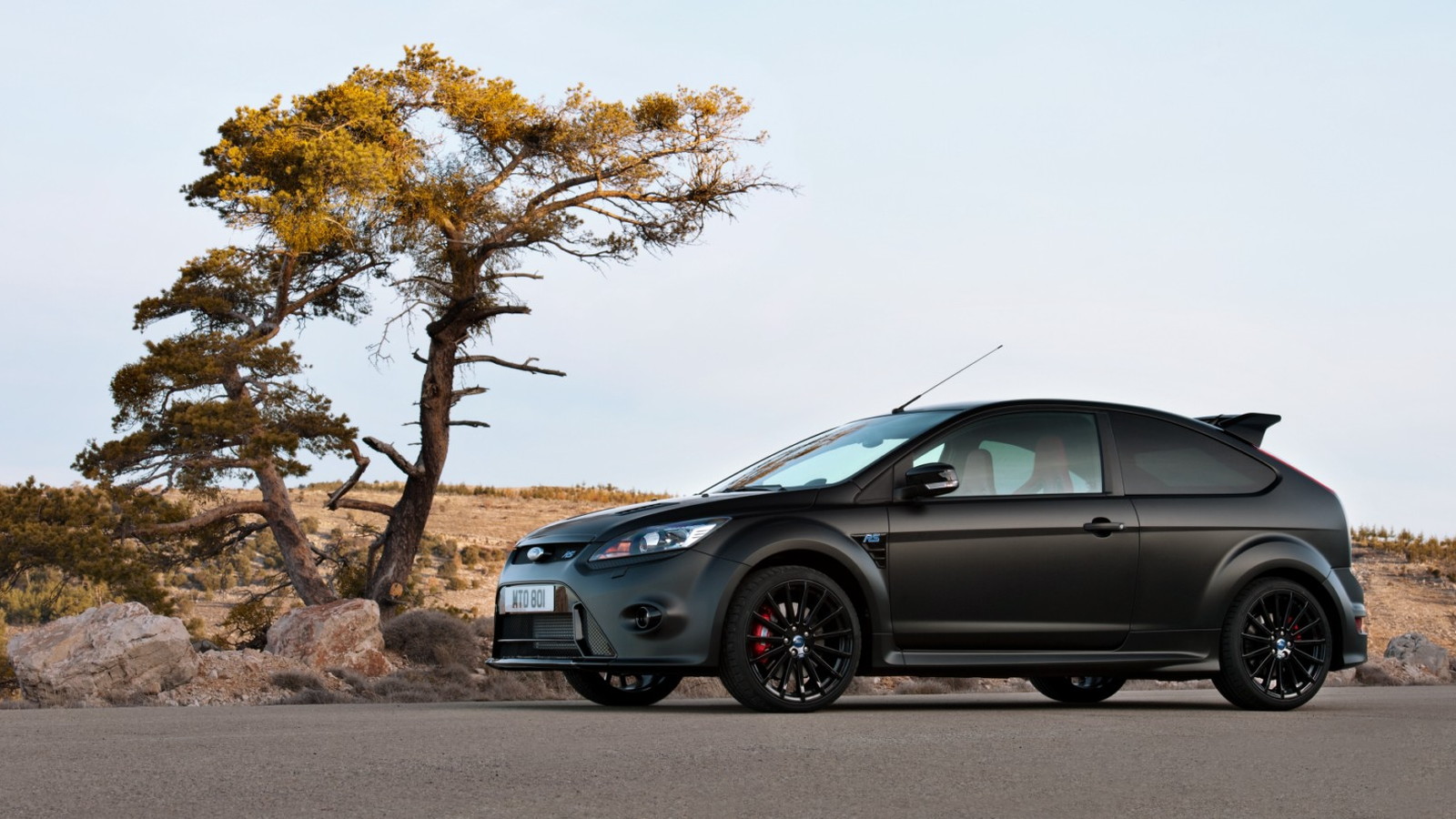 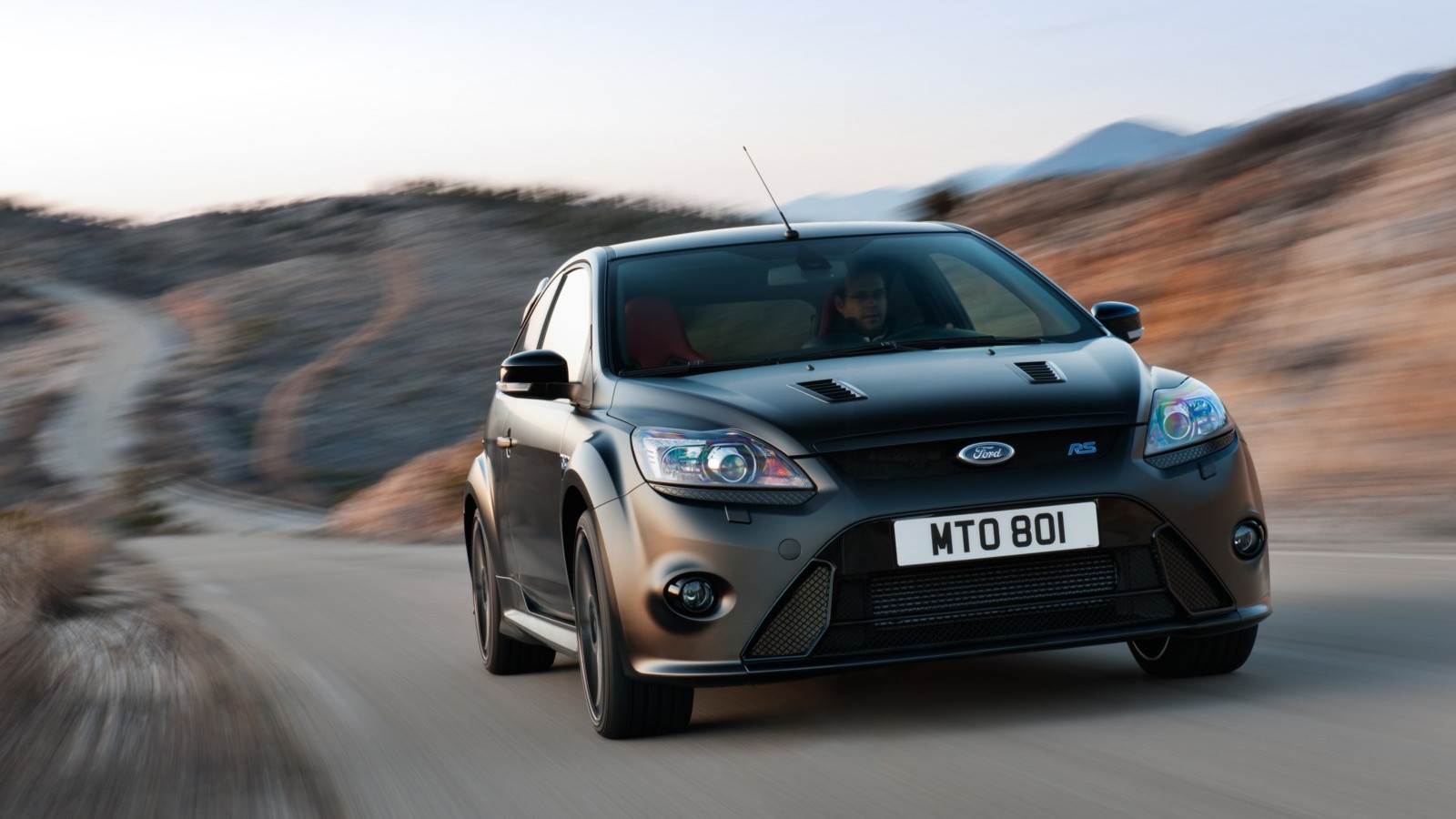 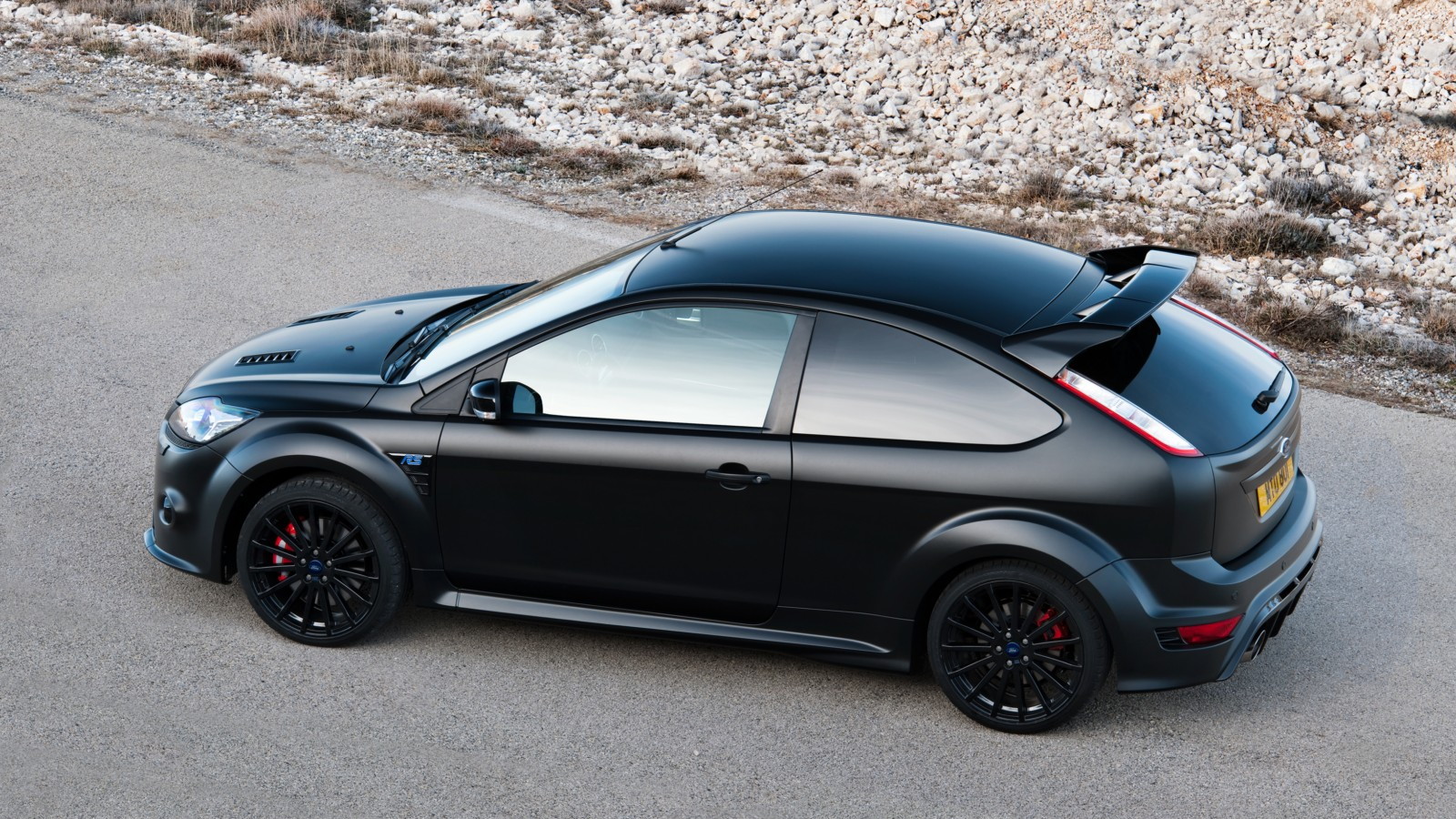 Hot hatches. The Europeans love them, we--as a whole--apparently hate them, and consequently we can only stare and envy from afar. Today, the green-eyed monster stokes the fire of jealousy to white hot with the early release of the Ford Motor Company [NYSE:F] Focus RS500, a 345-horsepower, limited-edition hatch for Europe only.

Just 500 units of the car will be built--hence the name--so those wanting to savor the 345-horsepower, 2.5-liter five-cylinder RS500's flavor will have to act quickly. Dressed in matte black foil paint and black alloy wheels, the RS500 looks like Death's advance party. And with all that power pumping through the front wheels, it may well be.

The symbolism of death is also due to the car's impending end of production, soon to be replaced by the new global Focus. This car marks the final RS to be built, offering a handful of special cars to remember it by. Ford also draws parallels back to the Sierra RS500 Cosworth, a car that Ford Europe used to dominate racing in the 1980s.

Getting the extra 15 percent of power out of the RS500's turbocharged five-pot mill is done at the mid- and top-end, with a larger air-to-air intercooler to handle the increased load, a larger filter box to boost intake airflow, a larger exhaust, an upgraded fuel pump, and a new tune to use it all to generate more power. Turbo boost pressure isn't up much, helping to maintain the standard RS's proven reliability. The upgrades were worked out between Ford's TeamRS alongside REvolve Technologies, the company behind Ford's factory-approved European Mountune aftermarket brand.

So how fast will 345 front-wheel-spinning horsepower get you to 62 mph (100 km/h for those metric-loving Euros)? Surprisingly, it still takes 5.6 seconds, three tenths quicker than the RS, with a top speed about the same as the standard RS, at 163 mph. Suspension, braking, wheels and chassis are all unchanged from the standard Focus RS. The new package has been seriously put to the test, though, with a team of race drivers running continuous shifts to put 6,200 miles of non-stop testing on the car--at the Nurburgring.

“We wanted to be sure that serious enthusiasts could drive the Focus RS500 to the limit on track, without any concerns about the car’s stamina,” said Matthias Tonn, chief program engineer of the Focus RS500. “This meant going beyond our standard test routines, and pushing the car to the edge of its performance envelope. After 500 non-stop laps of the Nurburgring, we are very confident of its durability and delighted at the way it performed, with an 8-minute lap time within reach."

The Focus RS500 will be built at Ford's Saarlouis plant in Germany starting in September, 2010.