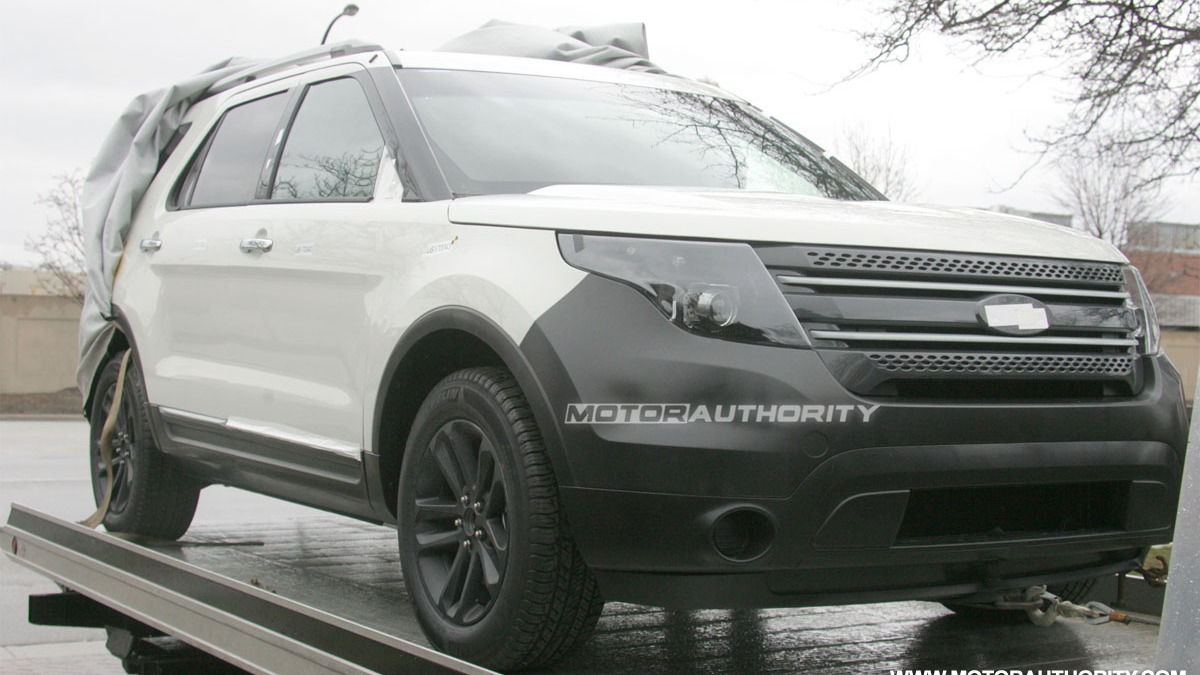 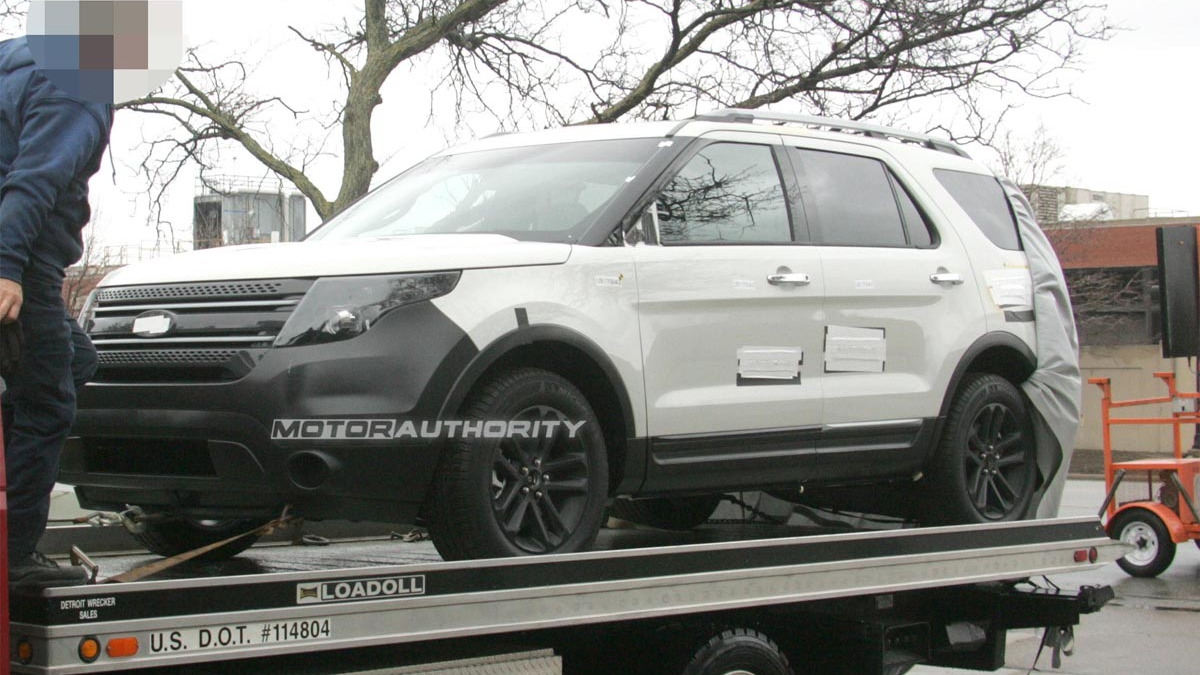 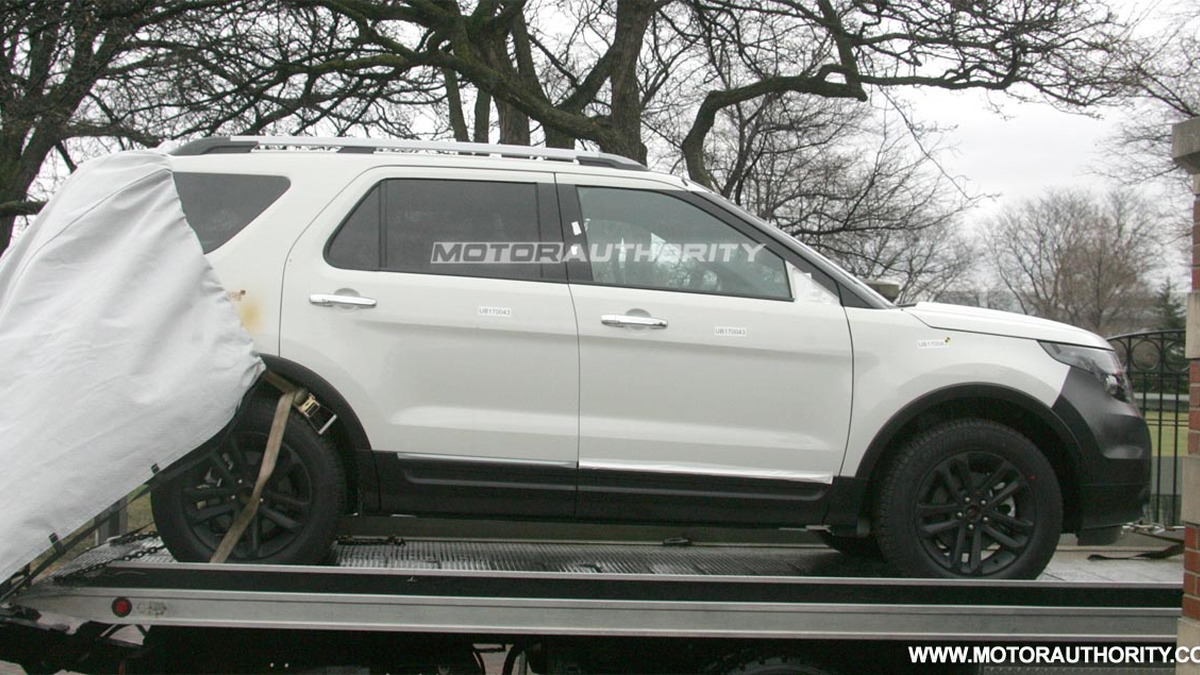 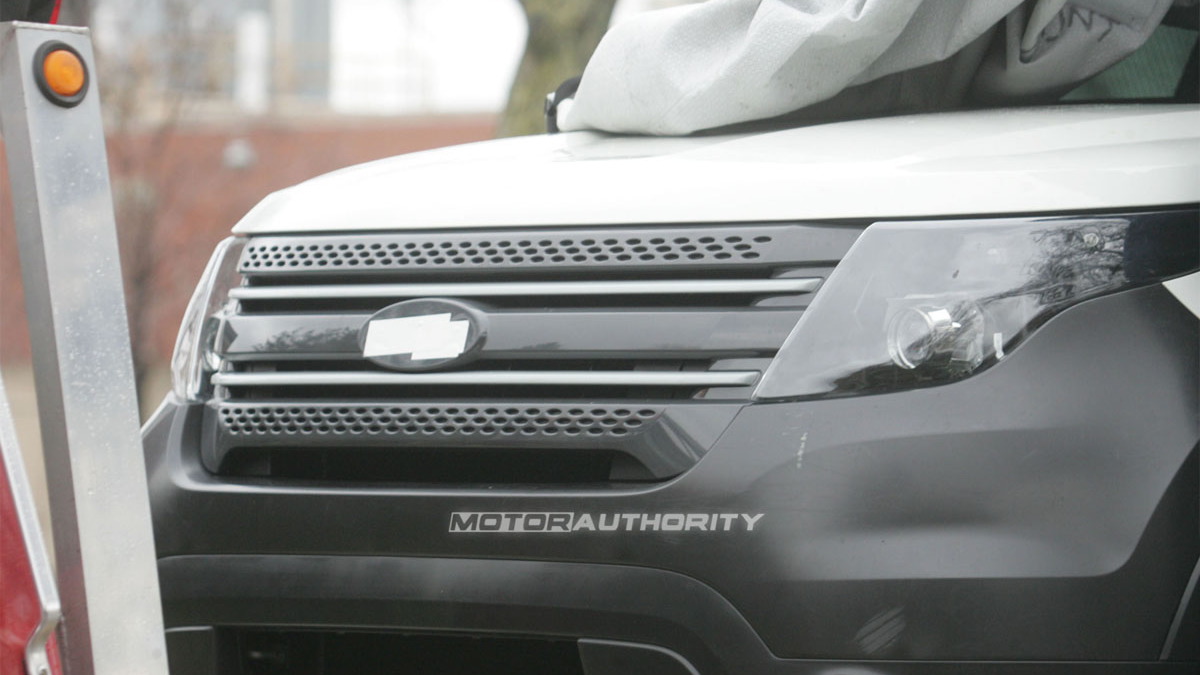 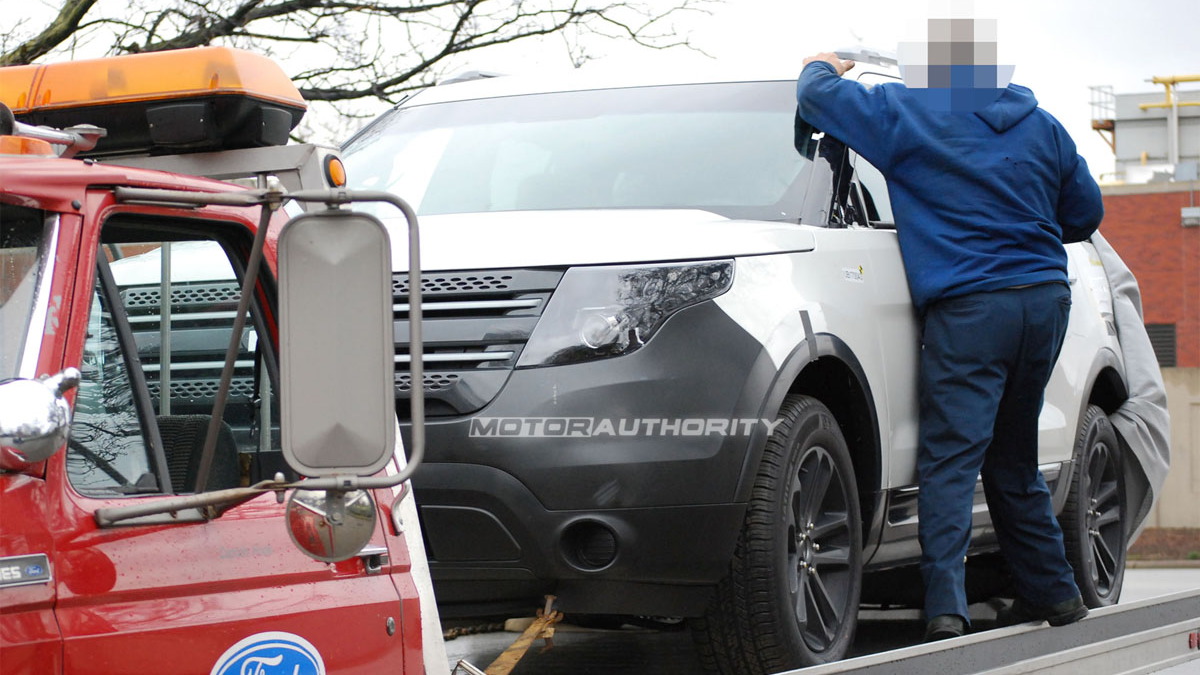 Ever since the 2008 Detroit Auto Show, SUV fans have been eagerly awaiting the arrival of the 2011 Ford Explorer--previewed then as the Explorer America Concept--with its new design and promised EcoBoost power. Now we have the latest spy shots, revealing a familial Flex-like front end and an almost Land Rover LRX-like profile.

The spy images were snapped when a gust of wind blew the cover off an almost completely undisguised prototype vehicle as it sat on the back of a transport truck. As the photos show, there's perhaps a bit less Explorer America in the final product than had been predicted, but the overall proportions are more modern, and the lines cleaner than the current SUV. It'll also be based on the same platform as the Taurus, making it more crossover and less truck than the current Explorer.

Of most interest to the performance-minded, however, is the EcoBoost V-6 engine under the hood. As an engine that's proven inspiring even in the family-hauling Flex, the brawny V-6, expected to be rated around 340 horsepower for the Explorer, is a lively, if somewhat thirsty, companion. In addition to the EcoBoost engine, the 2011 Explorer will also feature inflatable seat belt airbags--an industry first for a production vehicle, according to Ford.

Despite the enticing performance and high-tech safety gear, there's still a lot of confusion around Ford's current lineup of crossovers and SUVs. With the Flex and Edge seeming filling out the space nicely, the tweener position of the Explorer makes for a tight fit. Balancing price, features and target market will make for a high-wire act at Ford, but given their recent ascension to the top of the American sales ranks, it's hard to argue with their planning--for now, at least.