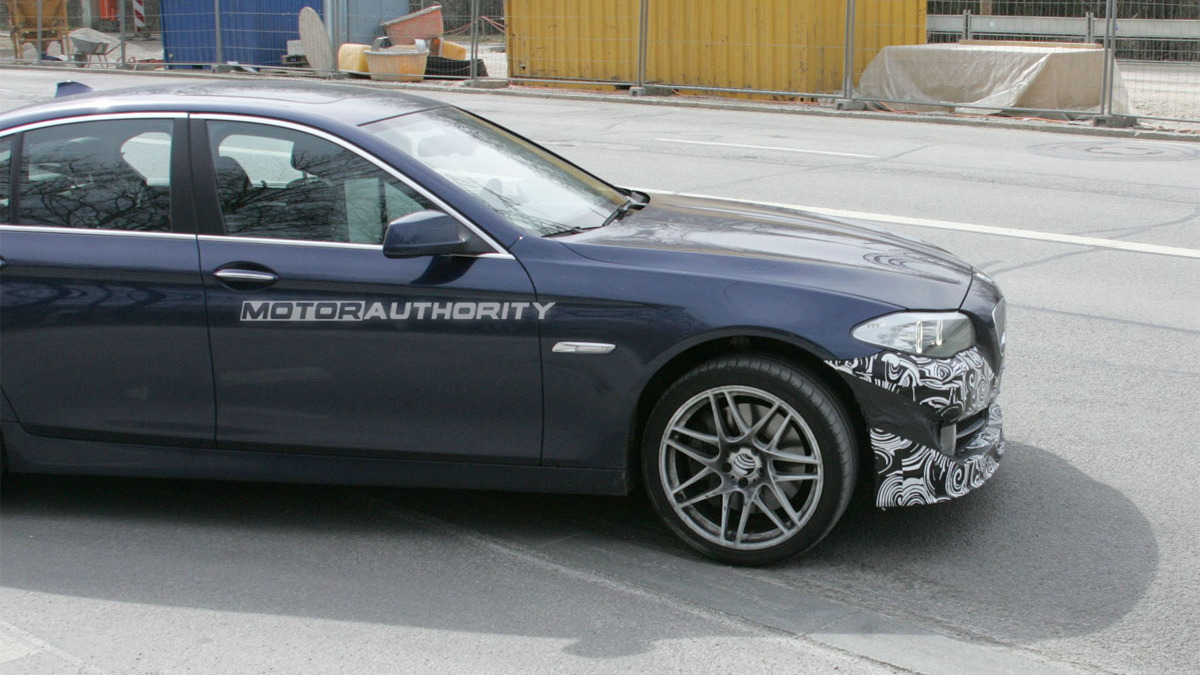 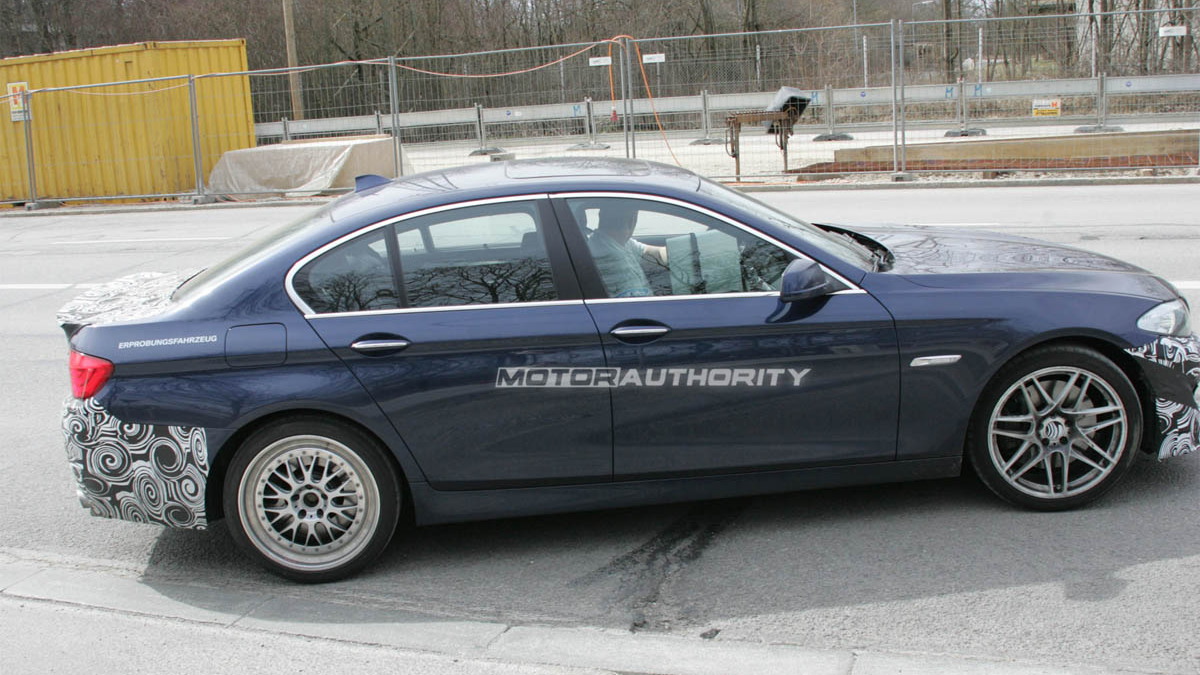 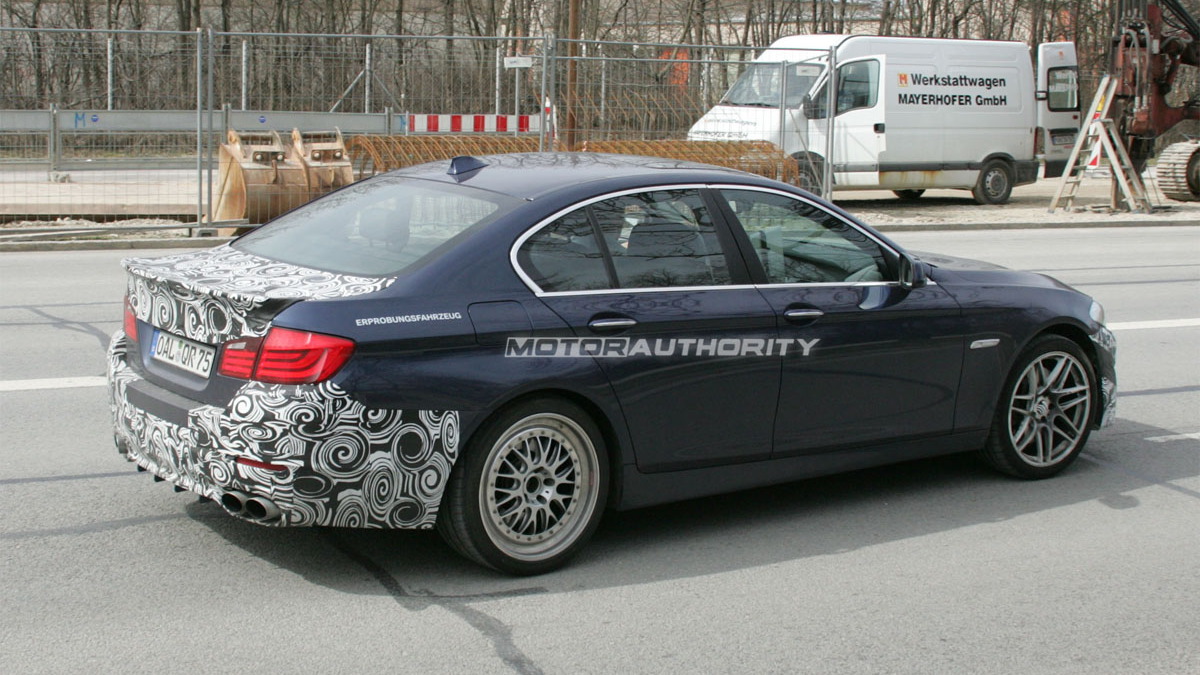 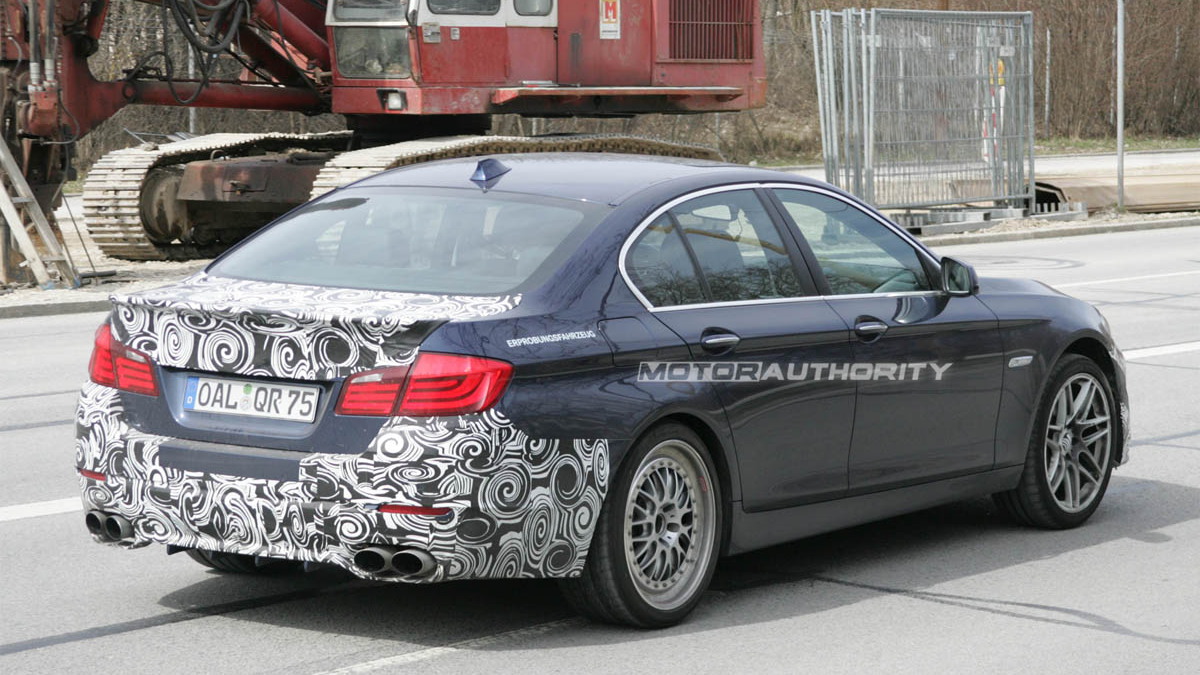 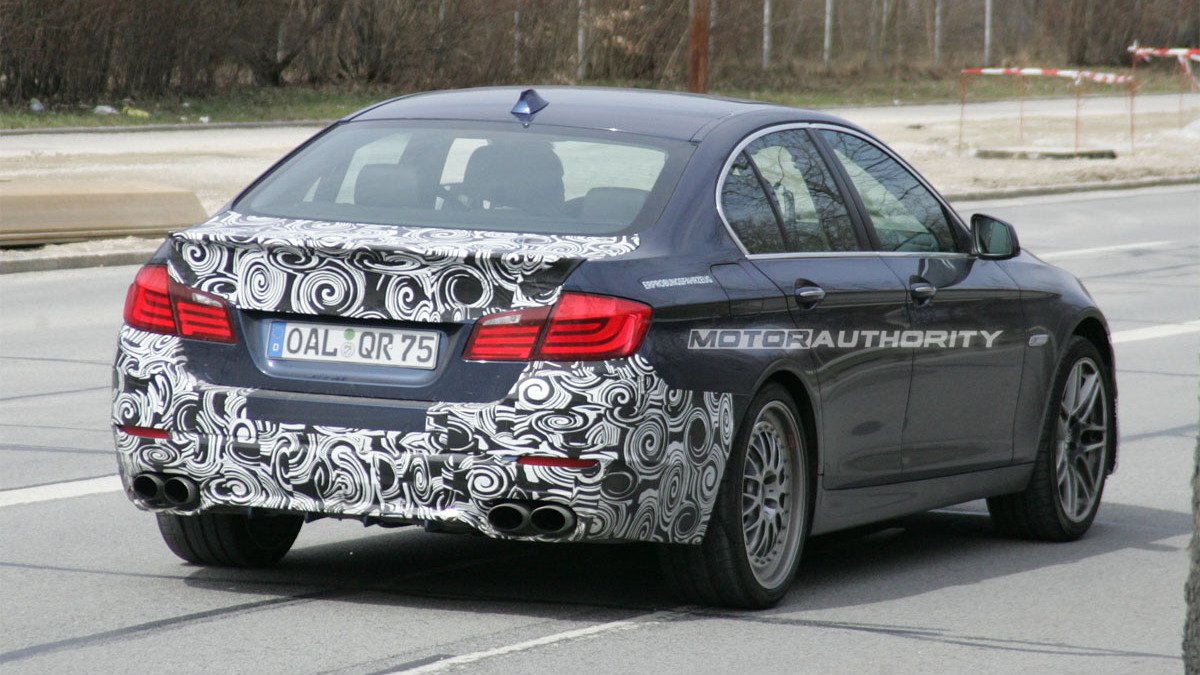 Alpina's range of souped-up, custom BMWs is the stuff of legend. Since the late 1970s the custom house has taken on the best of the BMW lineup, including the 3-Series, 6-Series, 7-Series, 8-Series and the Z1, Z4 and Z8 roadsters, as well as the 5-Series, the latest version of which, the 2011 Alpina B5, is seen here.

The E60/61 BMW 5-Series was the last car to wear the B5 name, with previous 5-Series cars wearing B7, B9 and B10 badges. So far little is known about the 2011 BMW F10/11 5-Series-based B5, but we expect it to share much of its underpinnings with the 2011 B7, unveiled earlier this year. The B7 xDrive model will make its debut this week at the New York Auto Show.

Like the B7, the 2011 B5 will likely get a 4.4-liter twin-turbocharged V-8 engine rated somewhere north of 500 horsepower, mated to a six-speed Alpina SWITCH-TRONIC automatic gearbox with paddle shifters. And like most Alpina models, the B5 will probably get subtle but sophisticated exterior revisions to keep a low profile but clue in those in the know.

Big alloy wheels and grippy, wide tires are also likely part of the mix, the better to take advantage of a revised and sportier suspension package. Inside, Alpina typically decks their cars out with custom logos, unique trim, a re-worked steering wheel and dressed up instrument panels. Exterior colors should match BMW's offerings, with the addition of the iconic Alpina metallic blue.

As always, we'll keep our ears to the ground and our eyes on the road to bring you the latest on the Alpina B5.