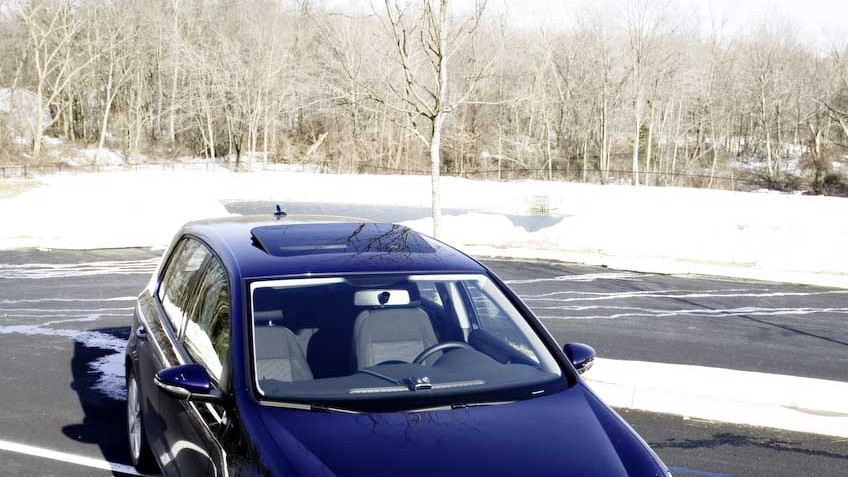 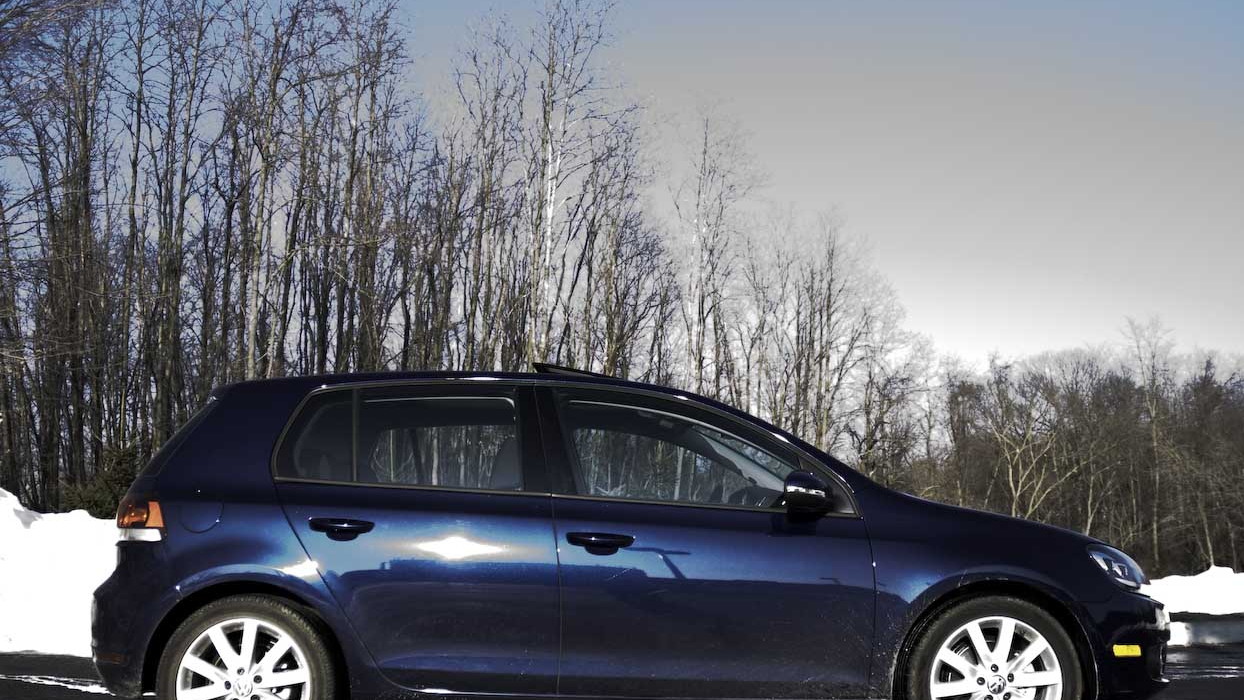 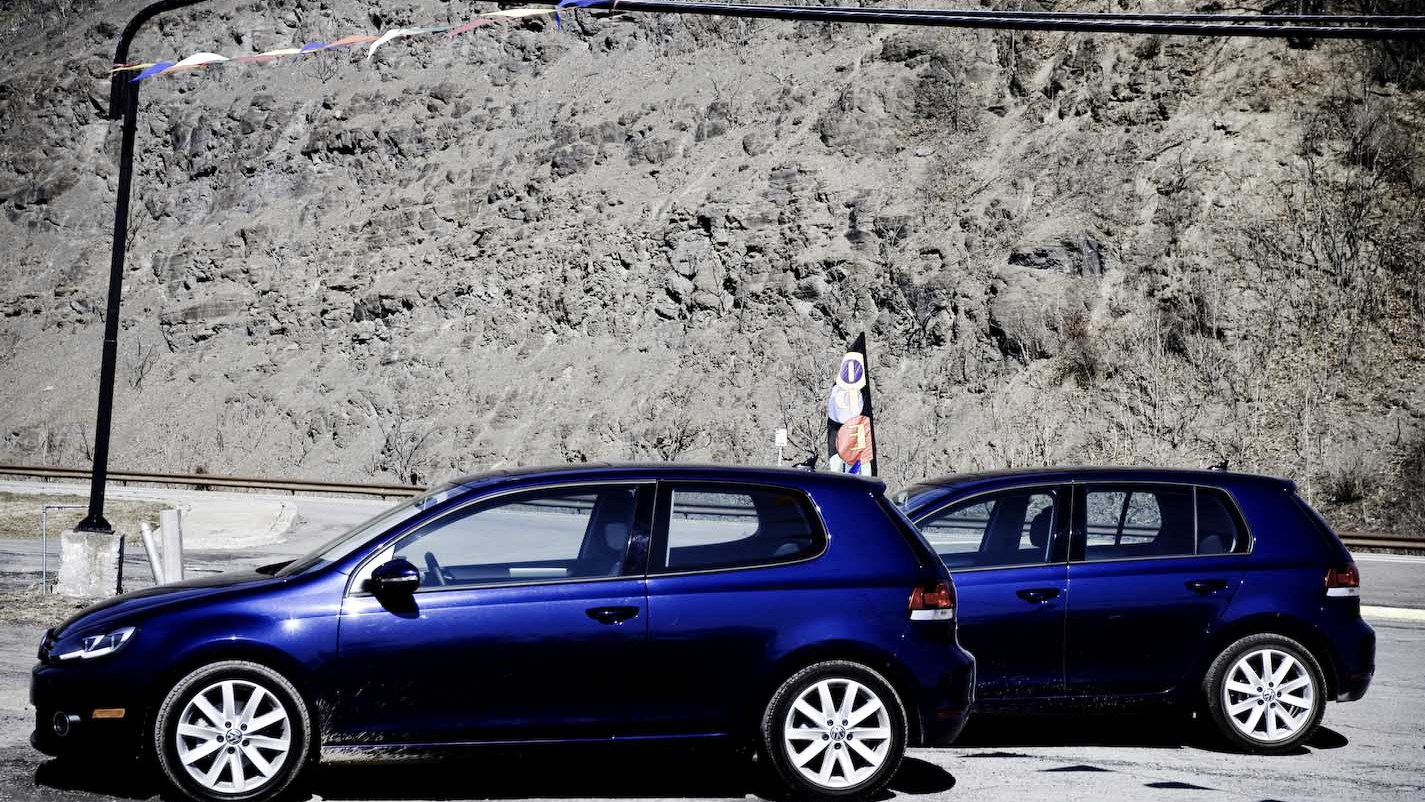 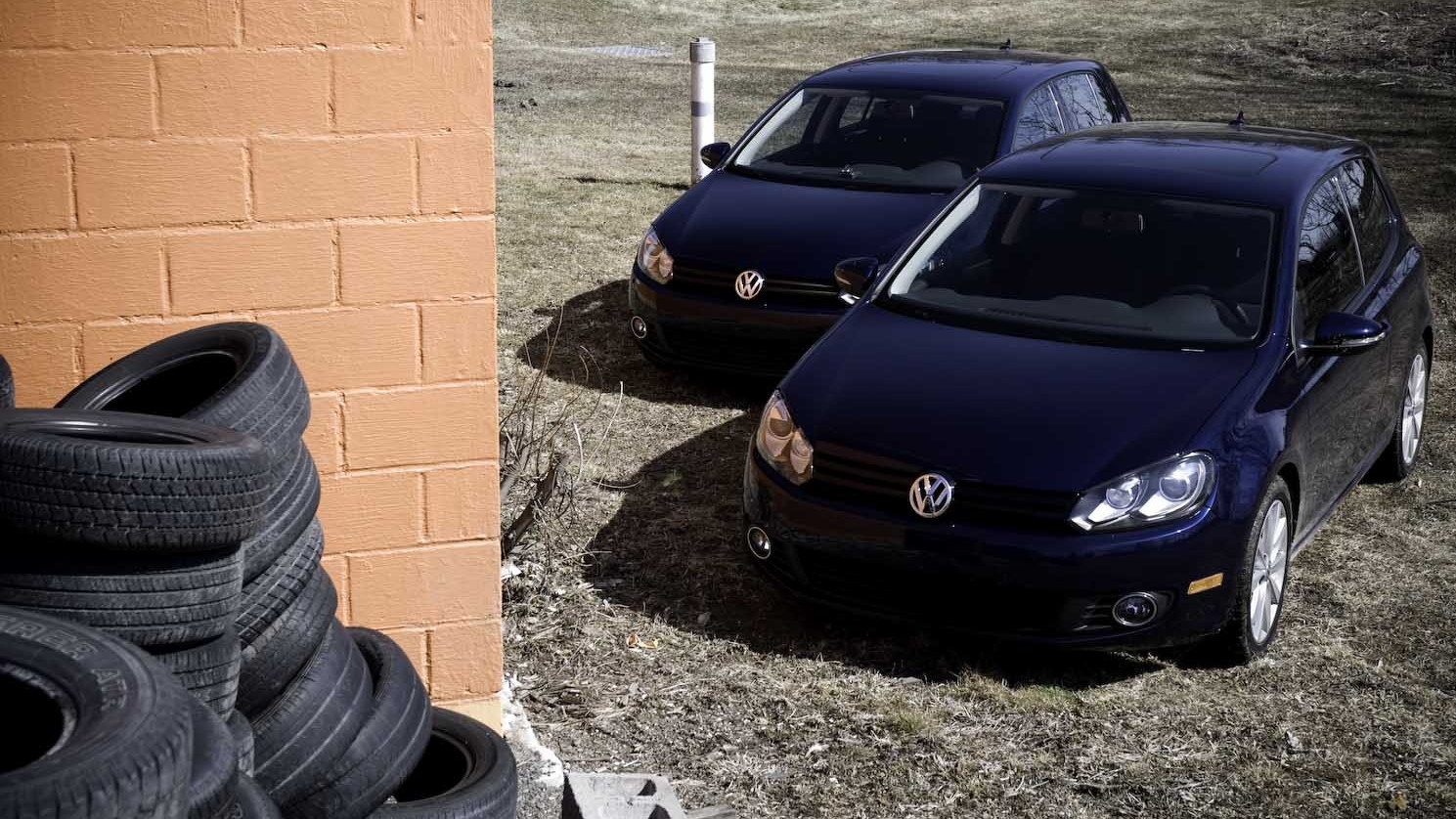 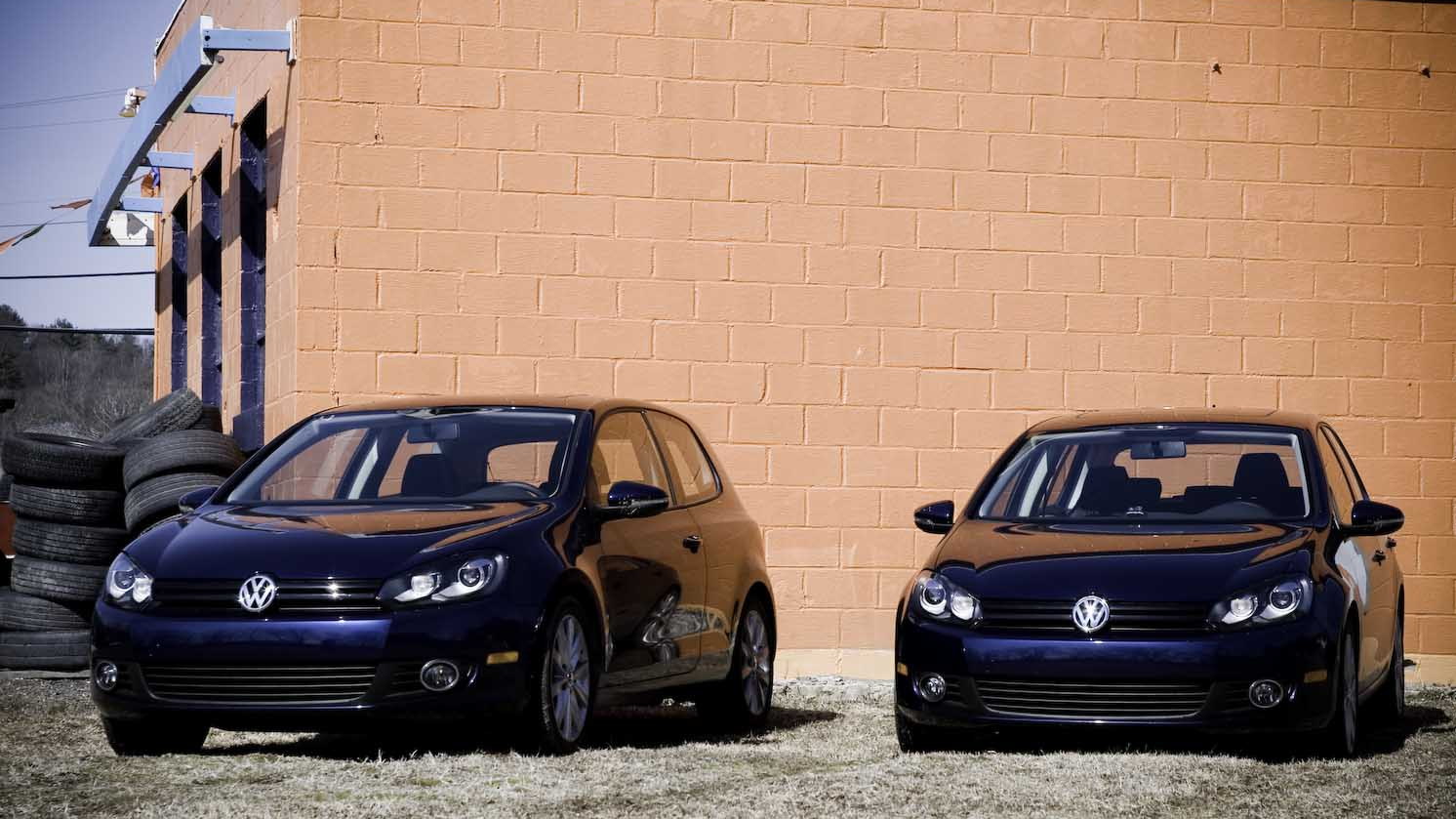 When I recently submitted an entry about VW’s GTI being “The Greenest Hot Hatch”, a few commenters to the post suggested that the real sleeper in VW’s lineup was the diesel golf, the TDI.

True, like the $23,890 GTI, the $23,090 TDI can be had with a slick, six-speed DSG clutchless manual ($1,100 option). And you get other goodies, too, like an uprated interior (vs. the base, $17,490, 2.5-liter Golf’s) that’s almost the same as the cabin in the GTI, save for the GTI’s slicker steering wheel. This means the TDI buyer gets a car that includes firm, height-adjustable seats that bolster well but aren’t overhard, just perfectly supportive, very high-grade material finishes for knobs and dials, redundant audio controls on the steering wheel (the tiller tilts and telescopes as well), a standard iPod jack, and options that are tough to find south of $30,000 cars, like adaptive Bi-Xenon headlamps ($700) that project around corners.

In all, it’s a pretty sweet ride, and our four-door hatch proved that unlike a Mini Cooper Clubman, which you can’t get as an oil burner in the U.S., with the Golf TDI you can achieve very good fuel efficiency as well as have a more flexible, capacious interior.

Not Quite the GTI

Ah, but the argument had been that the TDI is really every bit as rockin’ as the GTI. Well, that sort of depends on your brand of rock. For instance, the TDI and the GTI both have inline, 2.0-liter motors with direct-injection and turbocharging. But the latter purrs and then yowls, free revving toward and past 6,000rpm, while the TDI sounds a little noisy on startup and is a hair slow to rev. Not that free-revving is the point of the TDI—peak torque comes at 1,750rpm, right off idle, and that torque is a pretty tenacious 236 lb. ft. (vs. 207 lb. ft. for the GTI at an equally impressive 1,800rpm). However, because these two Veedubs are almost identical in weight, both just a shade over 3,000 lbs., and because the GTI generates a third more horsepower (200hp vs. 140hp for the TDI), it’s no surprise that the gas car hustles to 60mph about two seconds more quickly (6.8 seconds vs. 8.6 for the TDI, according to VW’s fairly conservative estimates).

What the TDI does do well, however, is loaf. At 80mph on the highway the engine is barely audible, quietly running at 1,900rpm in sixth gear. This makes it substantially quieter than the GTI, and if your life is burdened by significant time spent cruising on the interstate, the TDI is a good call not only because it’s so fuel efficient (30 City/ 42 Highway) but because it’s so muted.

Around town you can manually upshift to keep the Golf below 2,000rpm and there’s still all that abundant torque on hand to keep accelerating briskly.

By the way, none of this means the TDI isn’t sporty. It is. Its very well balanced suspension holds poise above unrestrained abandon, but steering weighting and feel are superb, cornering grip is fairly high, and the Golf chassis leads the segment (unless you think Volvo’s C30 belongs here) for dauntless, confidence-inspiring solidity.

Beside similarities in driveline, there are differences in the way DSG behaves between the GTI and TDI. In the diesel Golf, even in Sport mode, the car will upshift about 500rpm before redline. That’s not good if you’re counting on engine braking to stabilize the chassis through a corner. Likewise, you cannot downshift from a higher to lower gear unless you’re keeping the motor at least 1,000 rpm below redline for the gear you’re trying to engage. The GTI’s DSG programing is far less restrictive.

Also, the TDI doesn’t come with the fun-inducing XDS electronic limited slip of the GTI, a real shame because all that extra torque at the front wheels could use such a counterweight to keep the car tracking truer out of corners.

And despite what’s been written elsewhere, though these two cars get almost the same suspension design, and both roll on wide, 225/45/17-inch rubber, the GTI rides a half-inch lower according to VW, and comes with larger brakes—both attributes that make that the GTI drive decidedly more like a sports car.

Cheaper Than The Audi A3 TDI
One argument that’s easy to make in the TDI’s favor is that it stickers $7k cheaper than its near twin, the Audi A3.  The two cars share an engine, much of the same suspension, and similar electronics (stability, traction control and so on). While the A3 is slightly larger, with superior cargo space, the extra expense is very hard to swallow, especially because quattro all-wheel drive isn’t an option you can get on the diesel Audi, a real error in thinking for the Audi marketers trying to sell the brand’s diesel offering.

Or, it just makes the VW TDI fan look all the wiser. And if you have it, put the $7k you saved into oil stocks. Everyone not buying diesels will make fuel expensive again as soon as the economy rebounds.