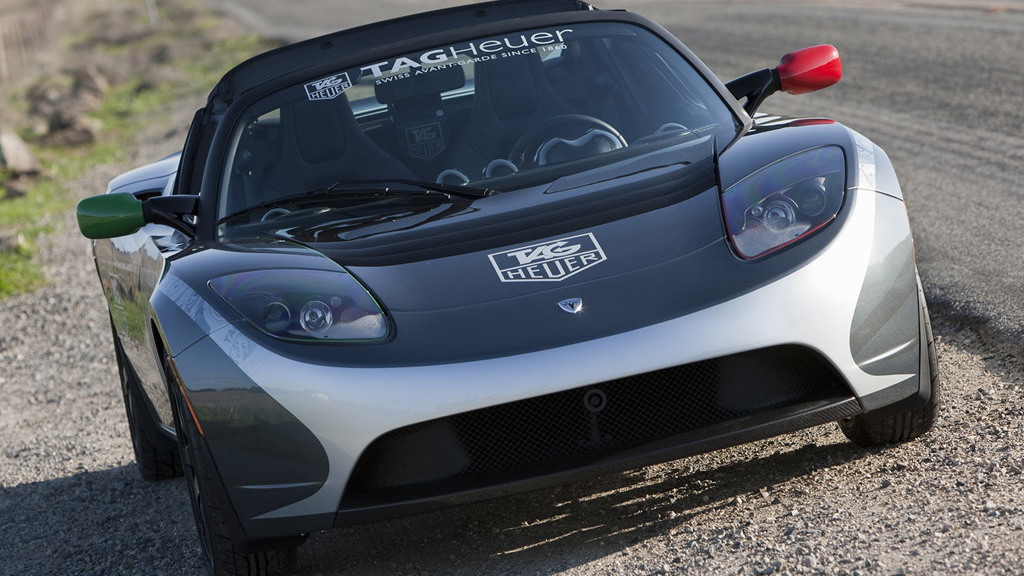 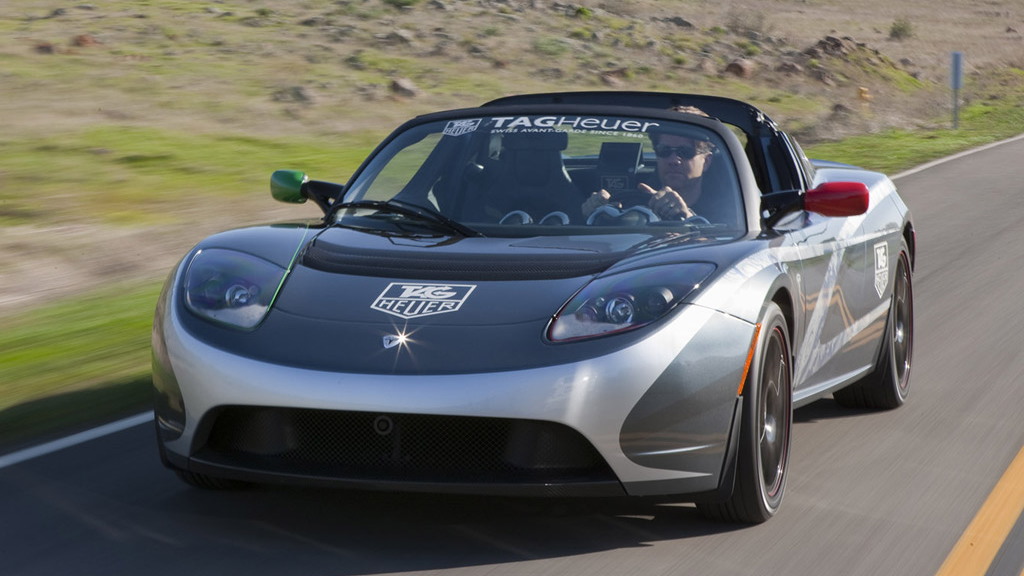 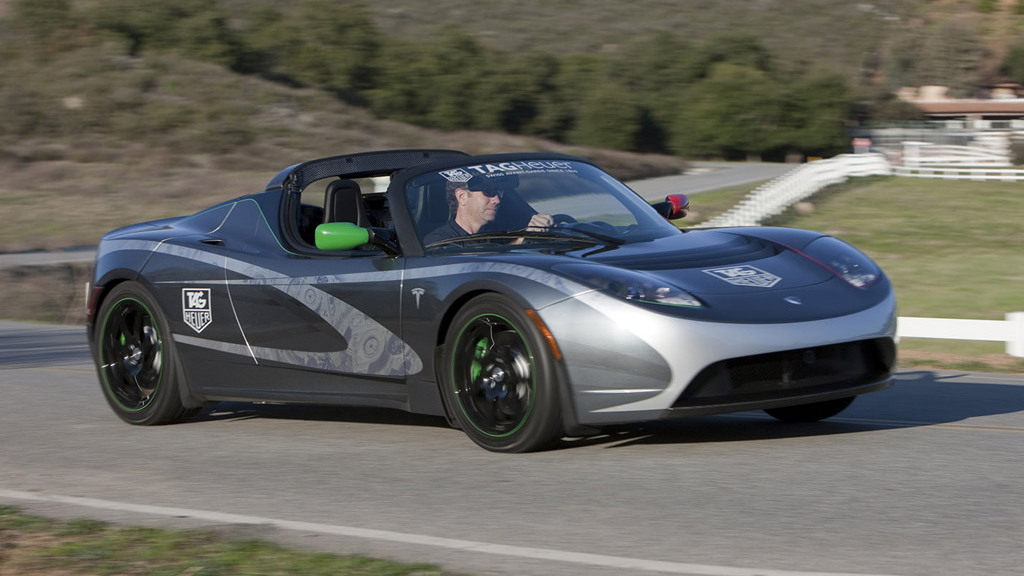 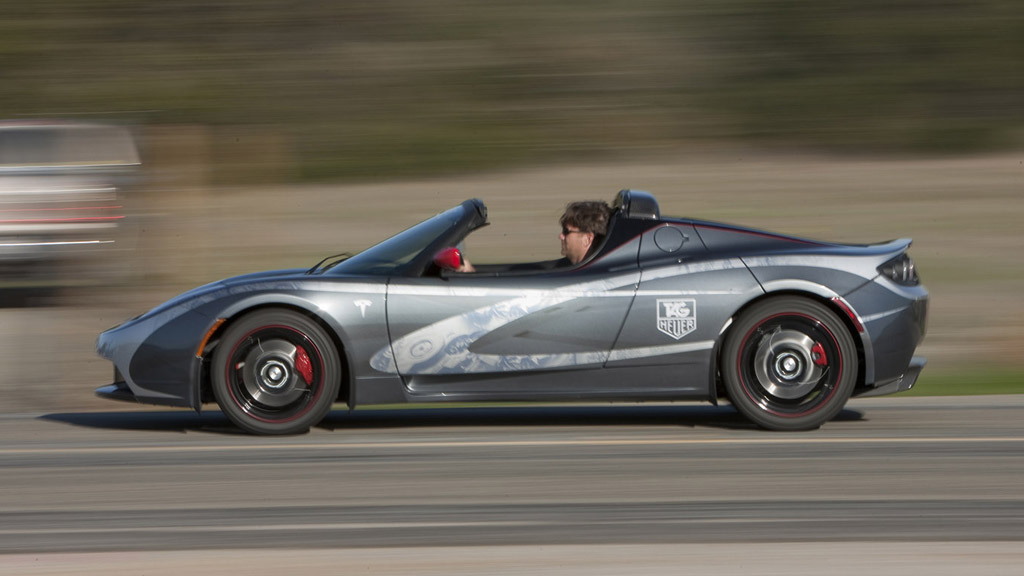 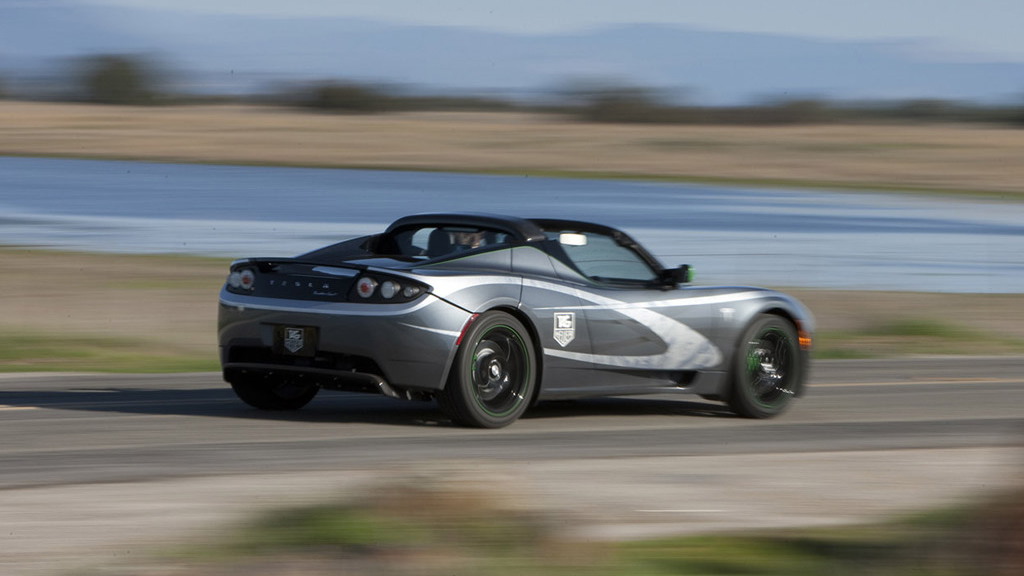 Luxury Swiss watch manufacturer TAG Heuer has celebrated its 150th anniversary with the reveal of a special edition Tesla Roadster, which made its debut earlier this month at the 2010 Geneva Motor Show and marks the beginning of a new worldwide partnership between the two firms.

The car also comes equipped with a Tag Heuer Meridiist mobile phone as well as a one-fifth second Heuer Limited Edition stopwatch. Additionally, the exterior color scheme is also unique to this particular model and is inspired by the new Tag Heuer watch concept.

Having left Geneva, the special Tesla Roadster is now on a cross country drive to Baselworld, the world's largest watch exhibition, also in Switzerland, for the unveiling of Tag Heuer’s watch concept on March 18.