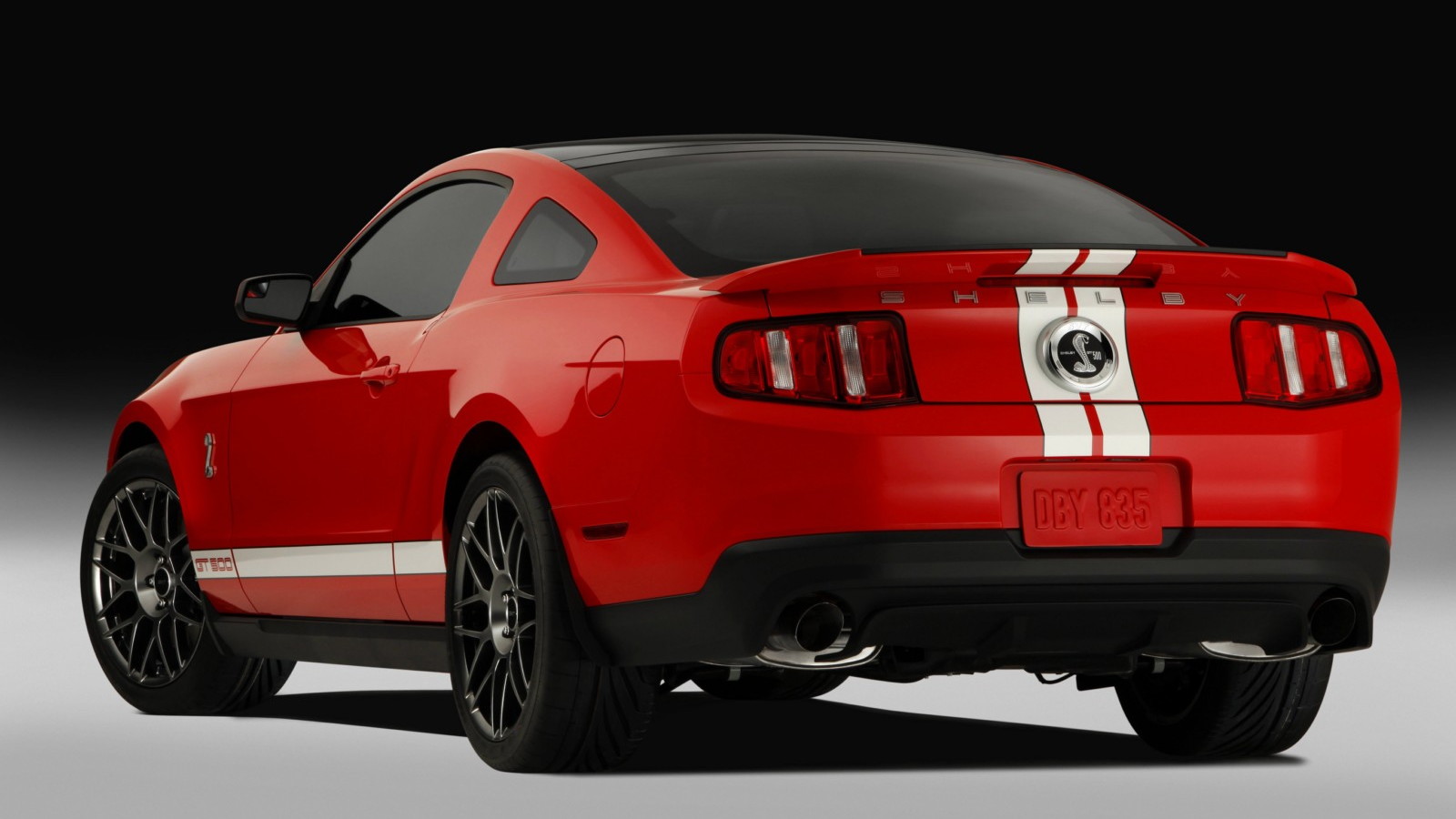 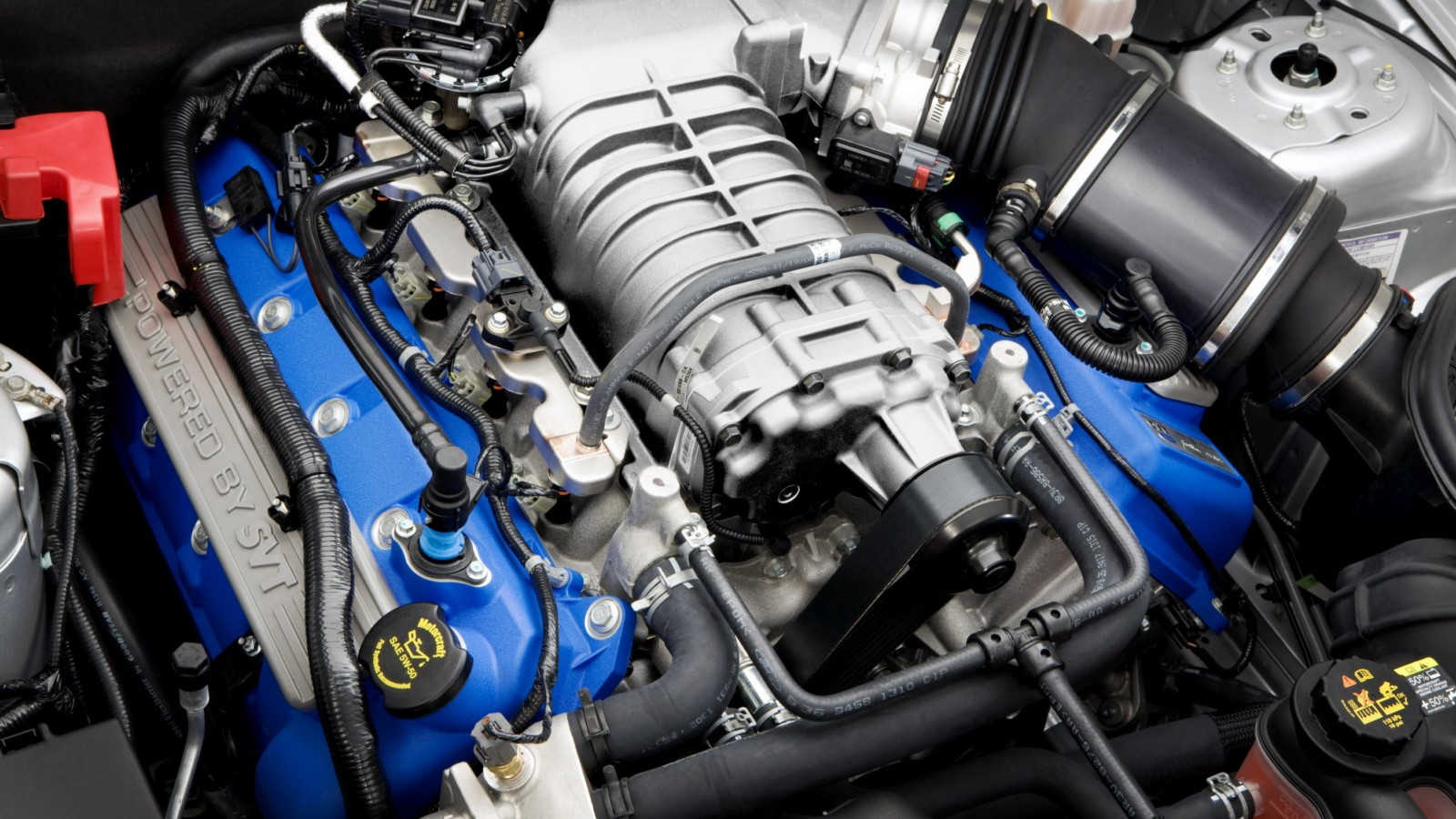 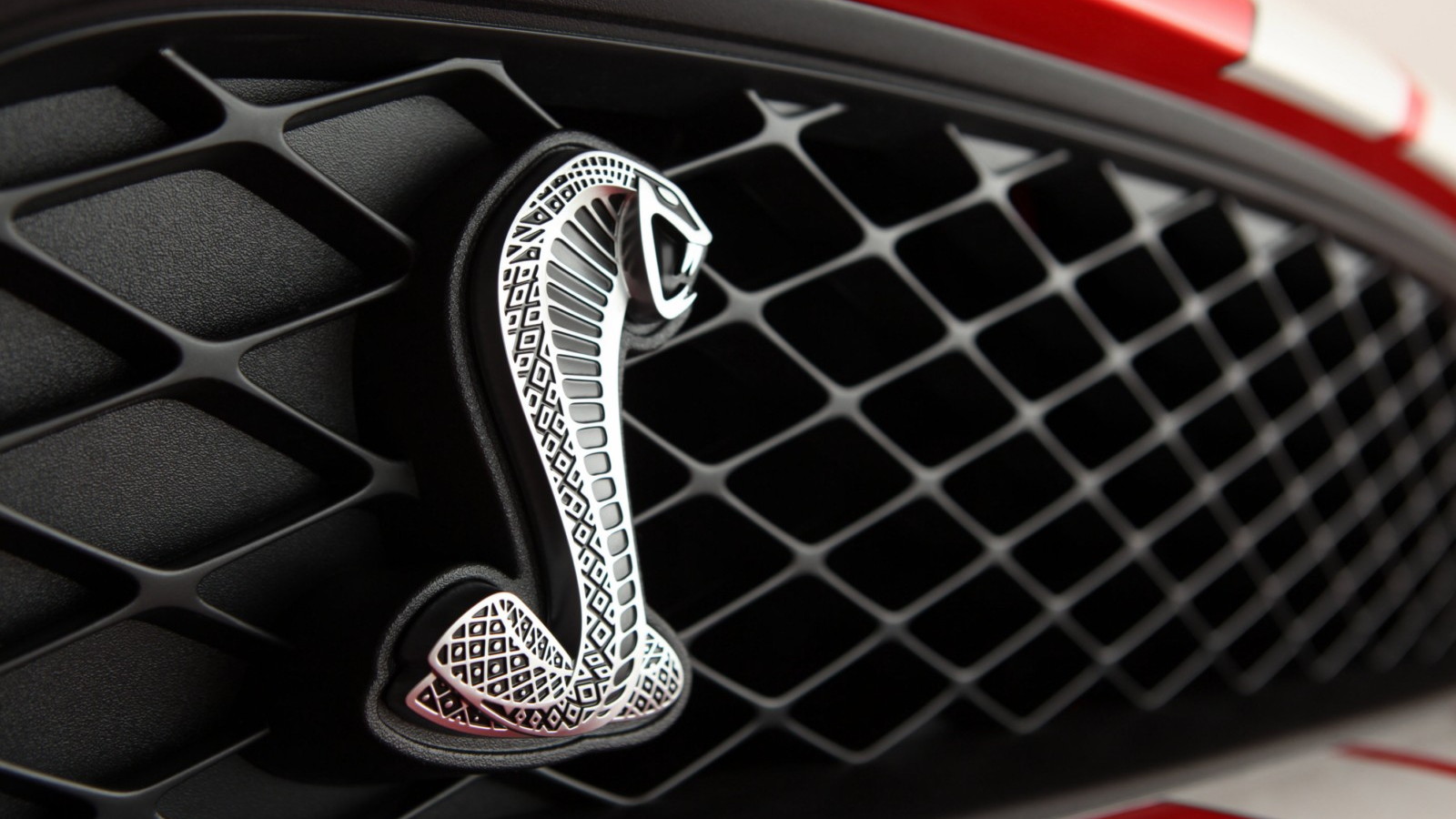 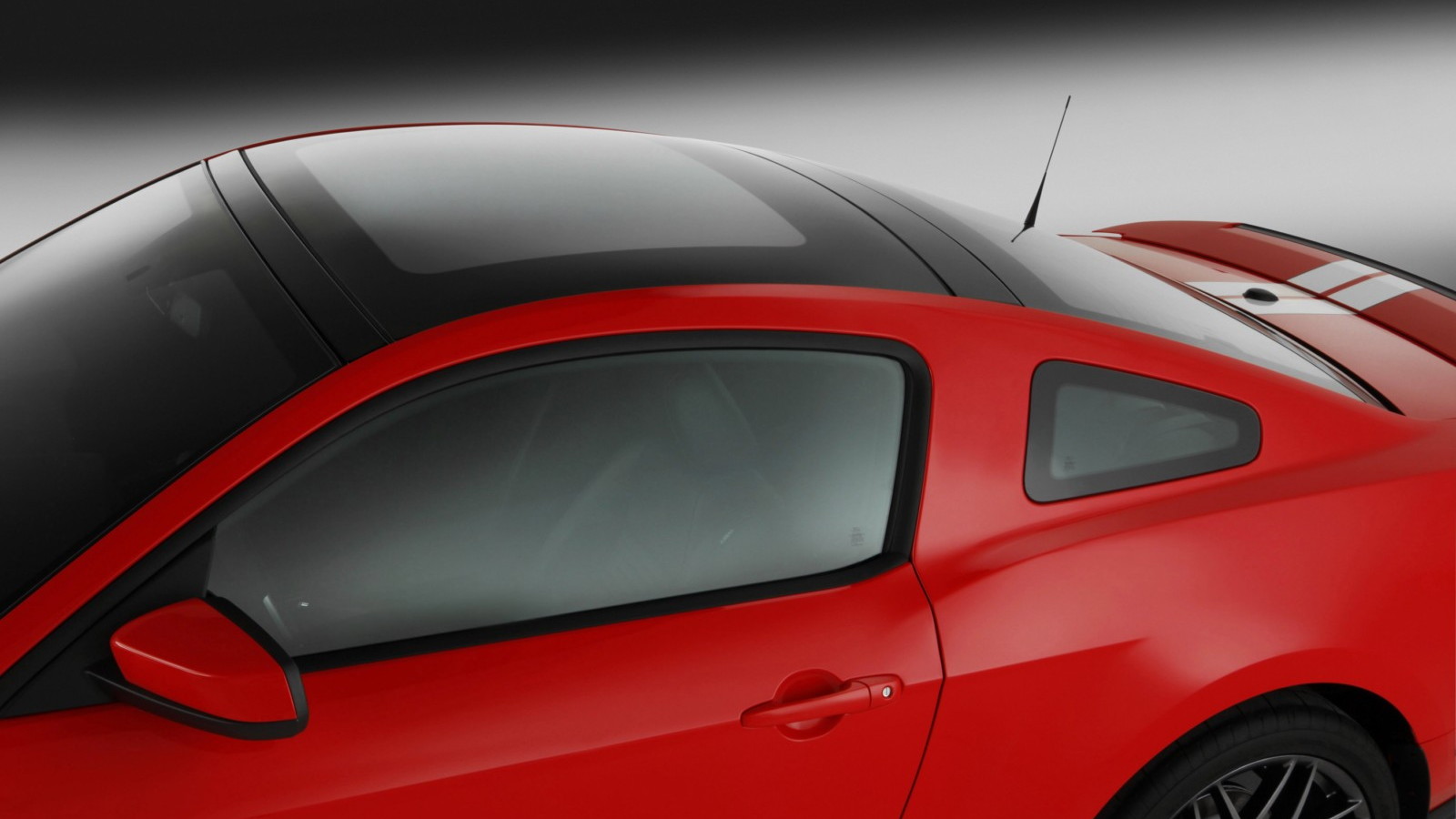 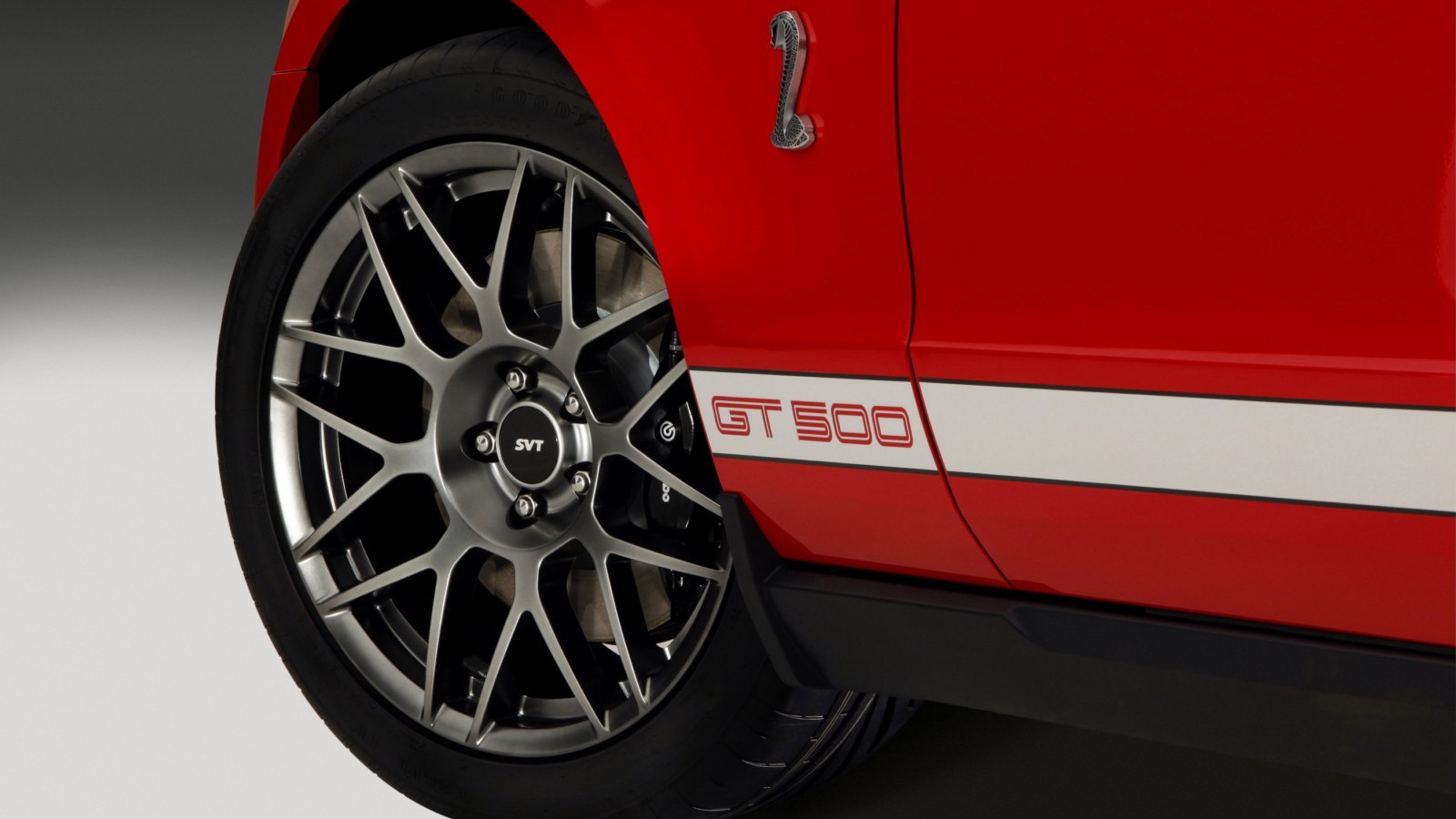 We've known for weeks most of the major outlines of Ford's 2011 upgrades for the Shelby GT500 thanks to a few early leaked documents, but now the official info and photos are out, confirming most of what we knew, and filling in the details. The car gains 10 horsepower as its 9-poundaboost supercharged engine gets an all-aluminum block for a total of 550 horsepower and 510 pound-feet of torque.

Lighter Ford GT-derived engine
Going with the aluminum block helps the Shelby dump a full 102 pounds off the nose, delivering a lighter, more balanced car--though it still weighs in at 3,820 pounds in coupe form and 3,969 pounds as a convertible. That's a hefty coupe, but only about 120 pounds heavier than the M3 Coupe, and the convertible is actually 200 pounds lighter than the E90 M3 Convertible. The Shelby's still a bit nose-heavy, at 56/44 front/rear weight distribution for the Coupe and 55/45 for the Convertible.

Carroll Shelby himself is proud of the weight savings, pointing out that “Cutting weight to improve performance is a tradition among hot rodders,” said Carroll Shelby, founder of Shelby American. “It might not be as sexy as adding more horsepower or bigger brakes, but shaving pounds off of a car is the single smartest move you can make.” Ford says the engine is an evolution on the engine from the Ford GT supercar, with improved structure and new materials processes, including a new nanoparticle coating for the cylinder walls that eliminates the need for the steel sleeves used in many aluminum blocks. The pistons are forged aluminum, though the connecting rods are still forged steel I-beams for strength.

Better economy despite more power
The 2011 Shelby GT500 won't ever be taken for a parsimonious people-mover, but it does improve on its own previous figures by 1 mpg, rating 15 mpg in town and 23 mpg on the highway. In our testing of the 2010 Shelby GT500 Convertible last year, we saw 20-22 mpg on the highway with the top down and an injudicious right foot. The best part of the 1-mpg bump? No more gas guzzler tax.

The fuel economy savings are due to the lighter weight, under-body aerodynamics changes and the addition of electric power-assisted steering, or EPAS. The EPAS system is likely to be looked at askance by enthusiasts concerned with handling and road feel and it'll remain to be seen if it ends up being a legitimate point of criticism, but electric power-steering systems have come a long way lately, so there's hope that it may be communicative. Special attention was paid by the SVT team to help make the system quicker and more precise than the outgoing hydraulic system, though we'll wait until we get our hands on it to render final judgment.

The 2011 Shelby GT500 also rides 11 mm lower in front and 8 mm lower in the rear for improved handling. Slotted brake dust shields help with brake cooling, and a revised pedal box makes dancing the pedals easier. The new GT500 convertible is also 12 percent stiffer than the 2010 model, thanks to the addition of gussets on the V-brace and the addition of a front Z-brace and A-pillar stiffening foam. Ford says the new SVT-pack 2011 GT500 is three seconds faster around a 2.3-mile test track than the 2010 GT500--no small improvement.

New glass roof, beefier exhaust
The 2011 Shelby GT500 Coupe will be available with the glass roof that's been available on the standard Mustang for several years. We were fans of the effect the glass top had on the interior, though adding that much glass that high up isn't for the performance-focused.

A revised 2.75-inch exhaust with new tuning yields what Ford promises to be an even gnarlier note, while also delivering a bit more bite: the exhaust and tuning is where the SVT engineers found the extra 10 horsepower for the 2011 Shelby GT500.

The 2011 Ford Shelby GT500 will be on display at the 2010 Chicago Auto Show, and we'll have live coverage from the show floor.