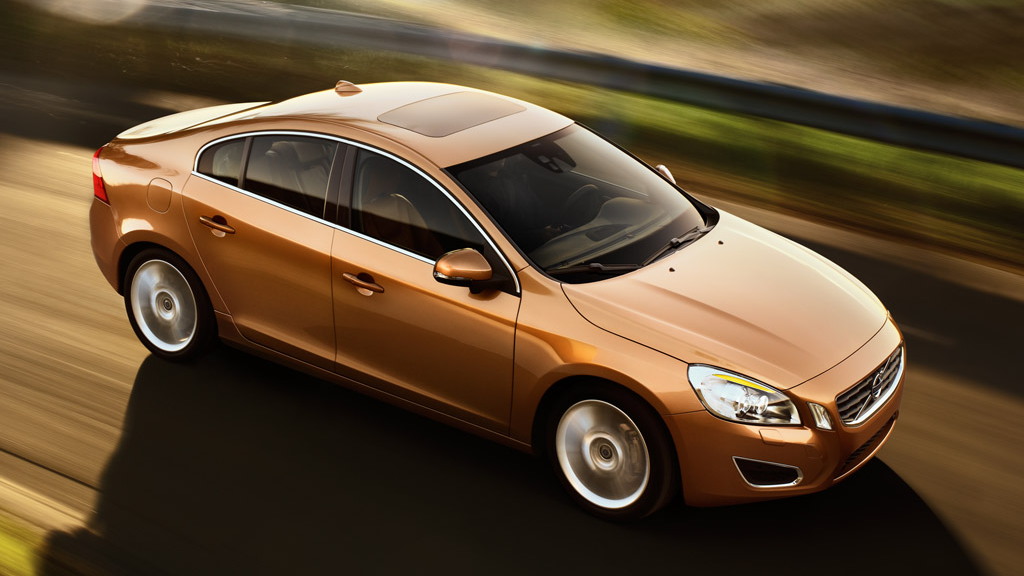 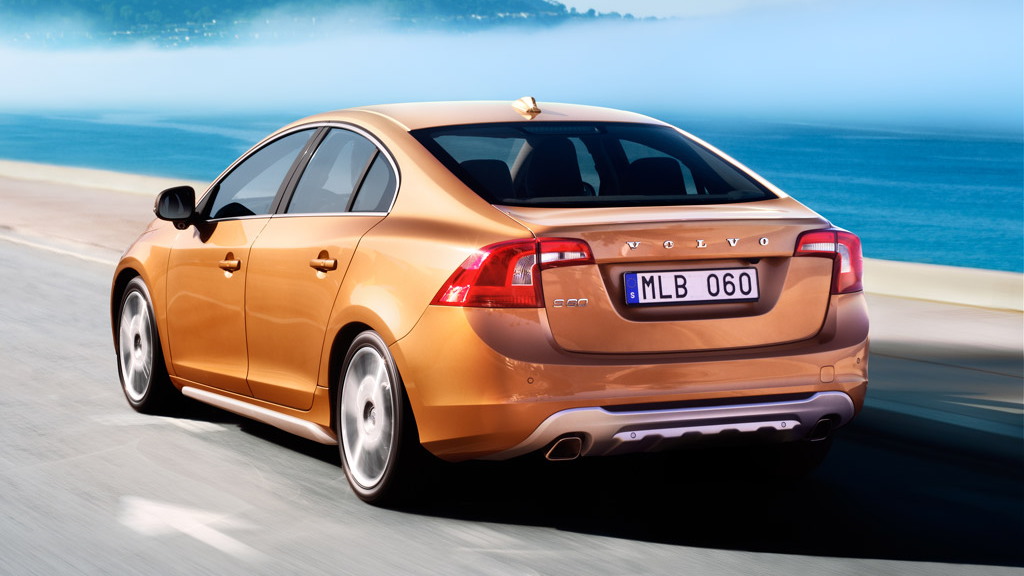 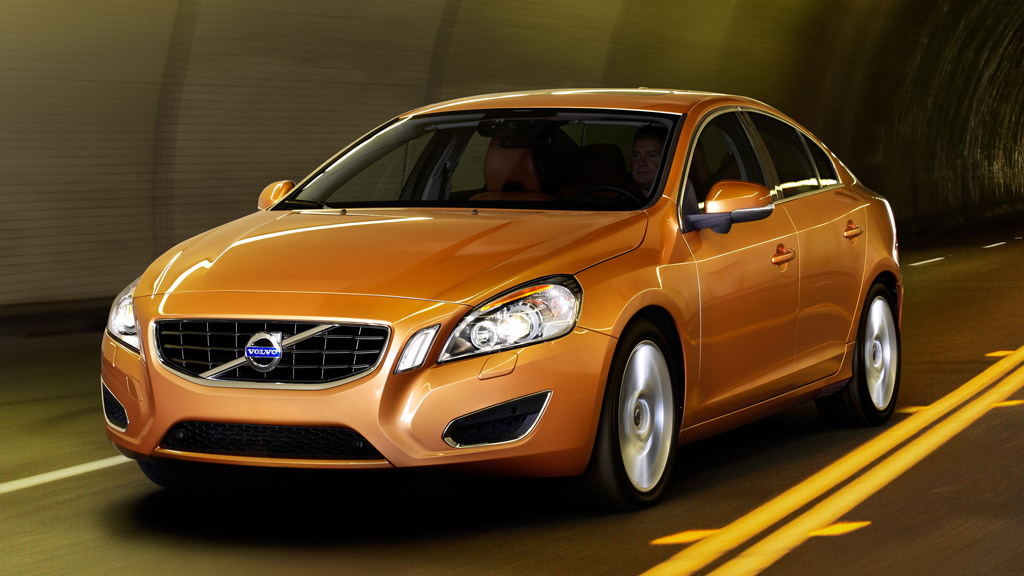 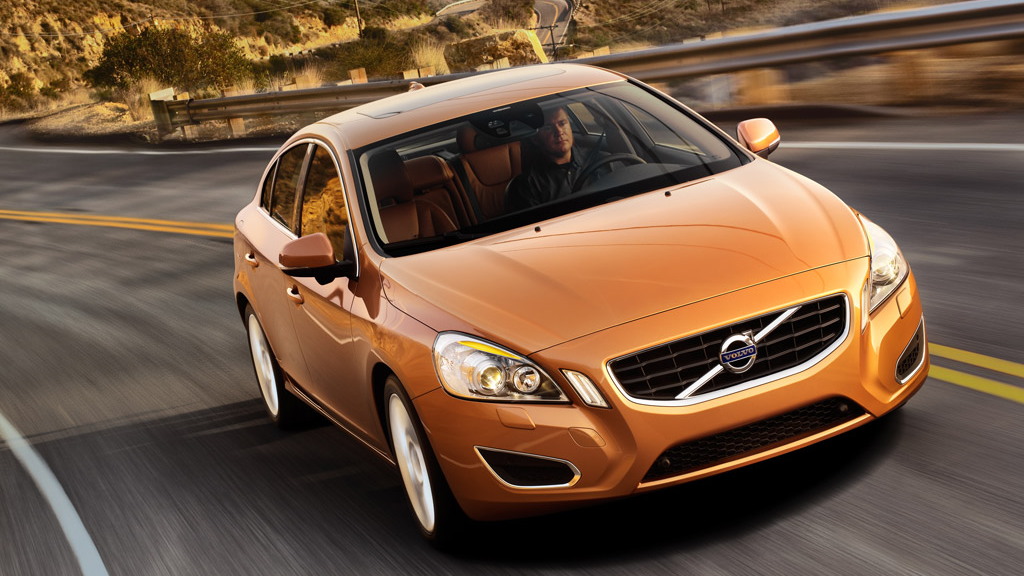 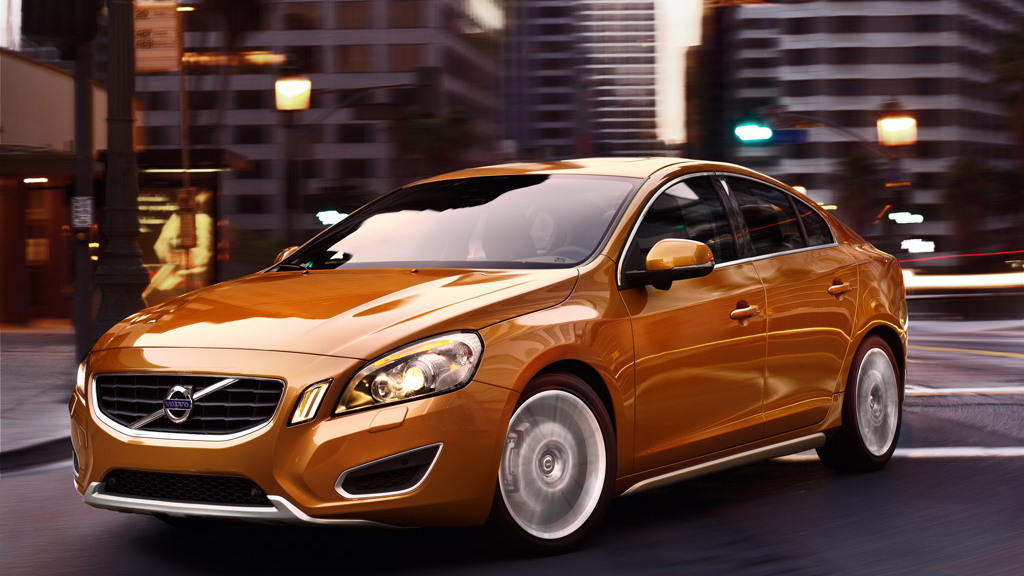 After weeks of drip-fed teaser images and videos, the 2011 Volvo S60 has finally been revealed in all its glory ahead of a world debut pegged for next month's 2010 Geneva Motor Show.

At first glance, the new S60 features definite coupe-like proportions, accompanied by strong shoulders, which together give it a look that is very similar to the design of the Jaguar XF. There are, however, plenty of unique elements such as the traditional Volvo grille and sculptured headlamps that will help the car battle it out in one of the industry's toughest segments.

The 2011 Volvo S60 can be specified with a choice of two chassis settings. On the European market the newly developed Dynamic chassis is standard, while most markets in North America and Asia will have the Comfort chassis as standard with the sportier variant available as an option. The difference between the two chassis alternatives is to be found in the dampers and the front and rear subframes. Here the Comfort variant has a somewhat softer setting to give a smoother ride on poorer road surfaces.

During its first year of production, the S60 will be available with a variety of diesel and gasoline engines spanning the range from an economical 115 horsepower DRIVe version to a high-performance turbocharged T6 version producing 304 horsepower. This T6 range-topper has an engine displacement of 3.0 litres and pumps out a peak torque of 324 pound-feet. This is enough for a 0-62 mph time of 6.5 seconds and a top speed of 155 mph. Despite the respectable performance the T6 model returns a claimed fuel economy of 23 mpg combined on the European cycle.

Other models offered at launch will include a new direct injection 203 horsepower 2.0-liter turbo, a 205 horsepower 2.4-liter D5 turbodiesel and a 163 horsepower 2.0-liter D3 turbodiesel. Over the course of the year Volvo will add more variants, including new turbocharged and direct injected units ranging from 1.6-2.0 liters in displacement. The most fuel efficient model, however, will be the DRIVe model powered by a 1.6-liter turbodiesel with 115 horsepower and 200 pound-feet of torque on tap. Fuel consumption is an impressive 54.7 mpg combined on the European cycle.

North American markets are likely to receive the turbocharged T6 and 2.0-liter gasoline units only. Six-speed manual and automatic transmissions will be offered, as well as a newer PowerShift six-speed dual clutch transmission.

While most models are fitted with a front-wheel drive system, the range-topping T6 gets a standard all-wheel drive system while for the D5 it is optional. Additionally, all variants of the new S60 can be specified with an advanced, self-adjusting FOUR-C active chassis system that actively adapts settings such as the steering and suspension to suit the different driving conditions a driver may encounter.

It wouldn’t be a Volvo without some advanced safety features and the new S60 definitely won’t disappoint. Some newer elements include a Corner Traction Control system that uses torque vectoring so the car takes curves even more smoothly. When cornering, the car's inner driven wheel is braked at the same time as more power is transmitted to the outer driven wheel. This allows the driver to take the curve more tightly while reducing any tendency to understeer.

There's also an advanced Pedestrian Detection safety system that can detect pedestrians who walk into the road in front of the car, warn the driver--and automatically apply full braking power if the driver does not respond in time. In an emergency situation the driver first receives an audible warning combined with a flashing light in the windscreen's head-up display. At the same time, the car's brakes are pre-charged. If the driver does not react to the warning and an accident is imminent, full braking power is automatically applied.

The car also comes standard with Volvo's City Safety, which automatically brakes if the driver fails to react in time when the vehicle in front slows down or stops--or if he or she is driving too fast towards a stationary object. The system can lessen or even entirely avoid low-speed rear-end impacts at speeds up to 20 mph.

The interior of the new S60 is lavish in terms of its driver-oriented details--especially the ultra-cool floating center stack--but it is still a five-seater car offering comfortable space for all its occupants. The rear seat splits 40/60 and the boot opening is much more generous than the previous-generation S60. To keep passengers entertained is a new infotainment system where information from the audio unit, navigation system, mobile phone and other functions is presented on a five-inch or seven-inch color screen in the upper part of the center console.

Production of the sporty sedan model will start early this summer at Volvo’s plant in Ghent, Belgium and the automaker is hoping to sell up to 90,000 units per year.