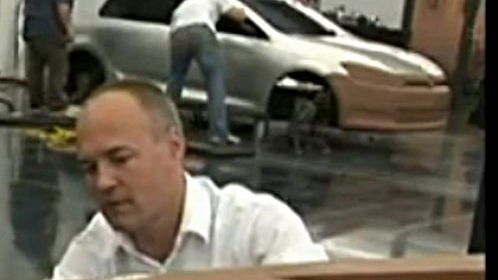 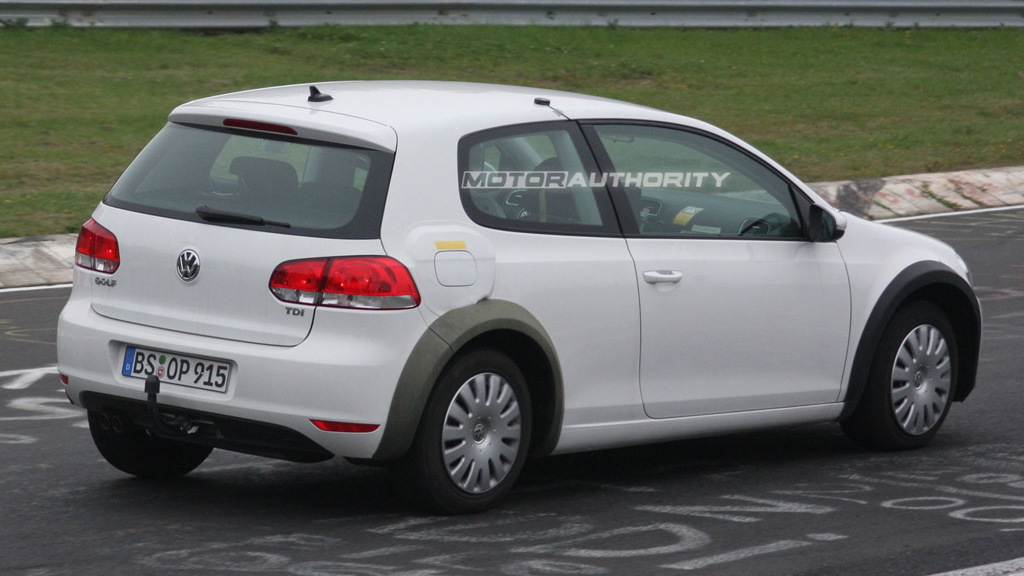 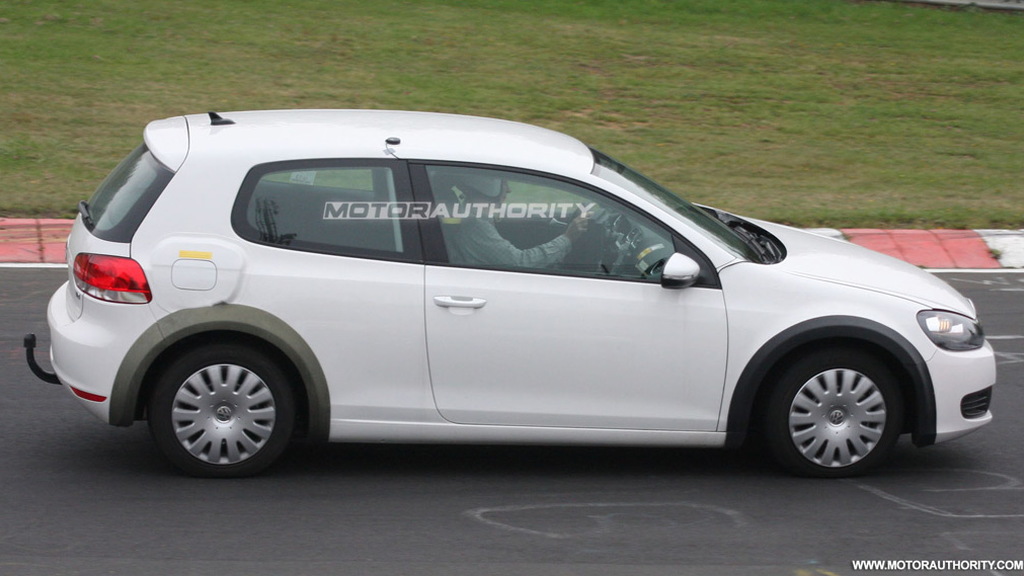 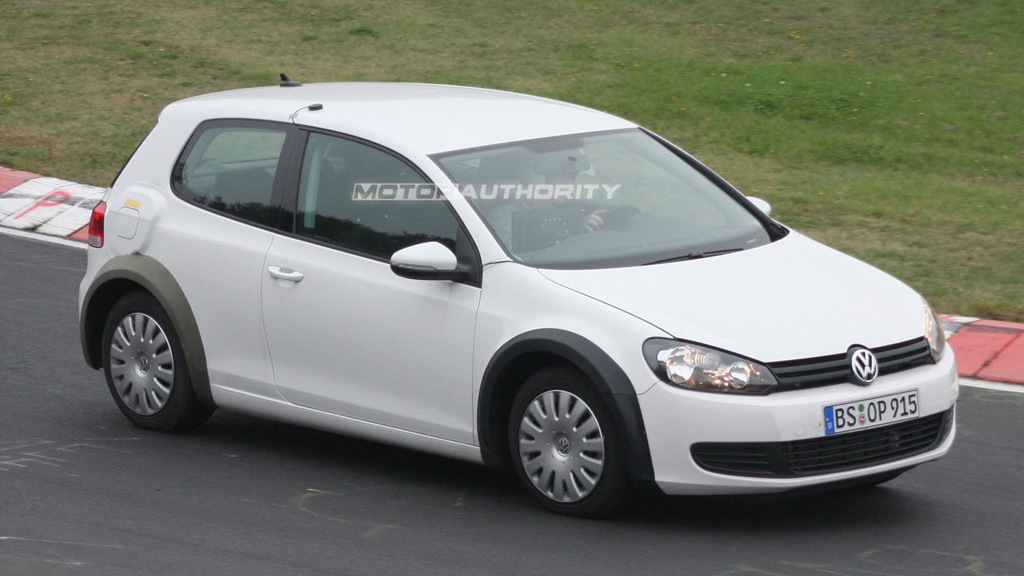 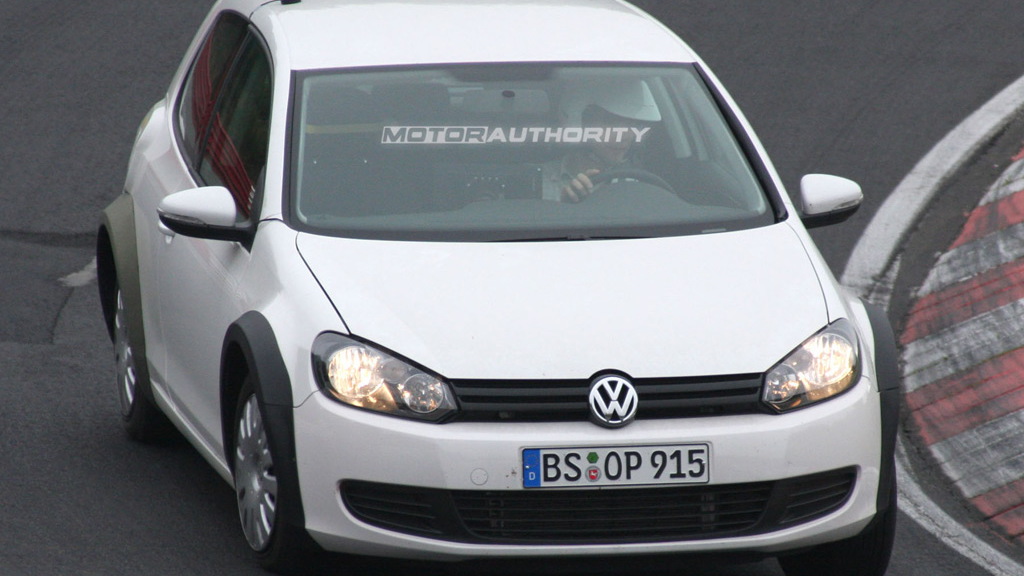 Volkswagen’s MkVI Golf has been on sale for less than a year (in most parts of the globe) but development on the next-generation of the popular compact is already well underway in Germany.

Recently we saw spy shots depicting the first test-mules of the MkVII Golf, which revealed that it will come with a wider stance than the current model. We now have an image of a semi-complete clay model of the upcoming car, which was accidentally captured on an official Volkswagen promo video for the recently revealed L1 concept car.

Volkswagen has since edited the video to remove the leak but thanks to the guys at Auto Motor und Sport we have this screen shot of the clay model. The design shows clear links to the new Scirocco and Polo, with a pronounced front end and narrow headlights.

But why such a short life-cycle for the current MkVI? The reason is simple--the car essentially rides on a warmed over MkV platform. A three to four year cycle for a car is short by any standards, and this hastily planned shift reveals the defensive tack Volkswagen is taking with the Golf in light of the struggling car market.

Earlier this year, confidential papers leaked from the automaker’s Wolfsburg headquarters revealed that the MkVI Golf has been marked for “End of Production” by December 2011. According to the same papers, Volkswagen is expecting to sell less than 1.6 million units of the MkVI. The MkV, which first went on sale in 2003, managed to rack up more than 2.3 million sales.

As for the new MkVII, Volkswagen is working on a much more efficient platform and engine lineup. It is for this reason the automaker is speeding up the introduction of the car.

The MkVII will feature a clear emphasis on environmental cleanliness, a theme that will carry throughout the Golf lineup. Its platform, known internally as the MQB (Modular Querbaukaste--denoting small to midsized family cars with transverse engines), has been described by the automaker’s chief of development, Ulrich Hackenberg, as a major turning point for the Golf. He previously explained that it will allow engineers to implement a much broader range of drivetrains, hinting at the possibility of alternative fuels playing a role in the next Golf.

Volkswagen recently showed off a new plug-in hybrid powertrain called Twin Drive, which is expected to enter production in the middle of next year and will likely appear in the Golf. Other future powertrains already previewed by the automaker include a new hybrid as well as an ultra-efficient diesel.

Importantly, this same platform will underpin the next-generation Audi A3, which you can also read up on by clicking here.