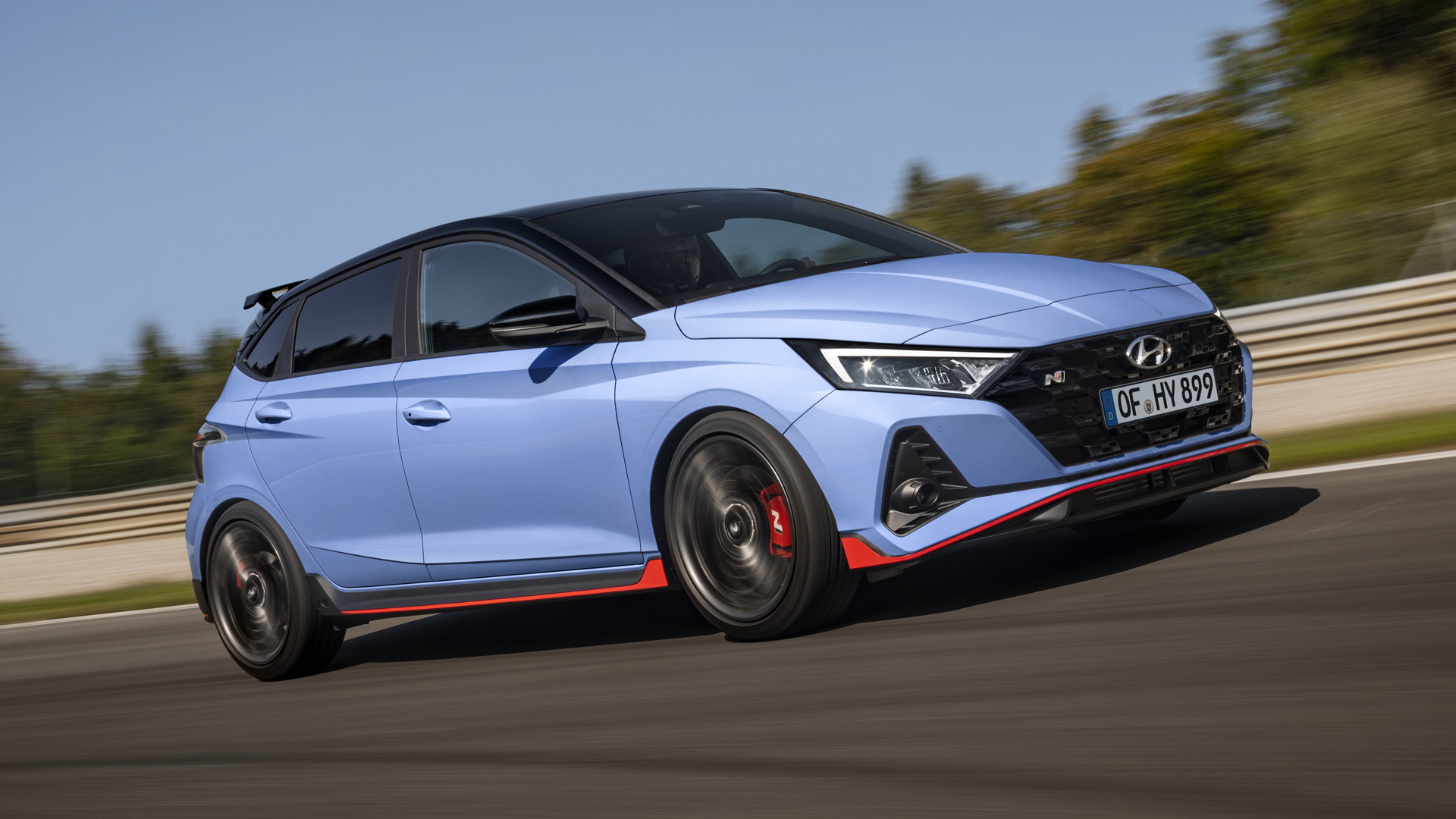 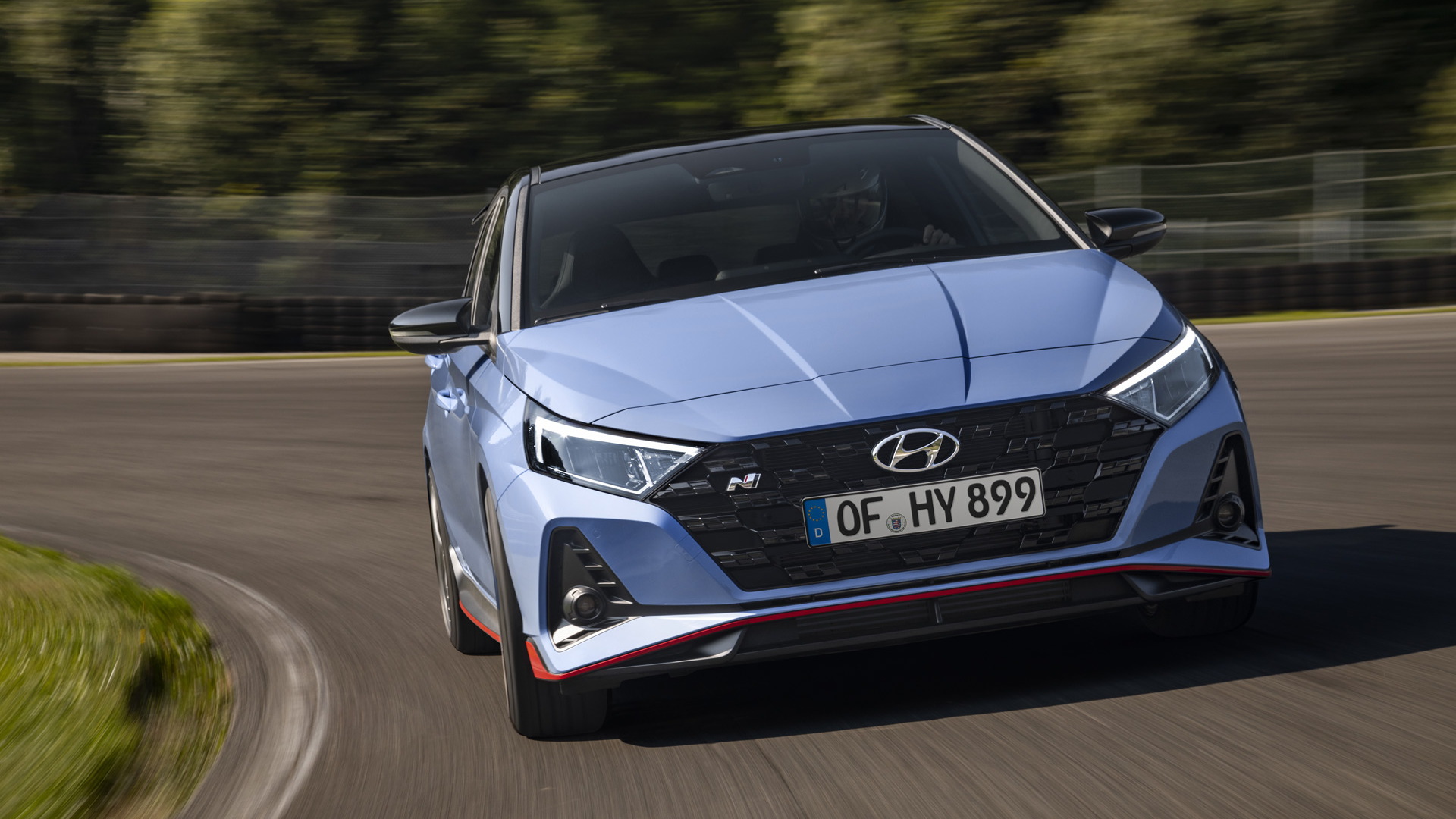 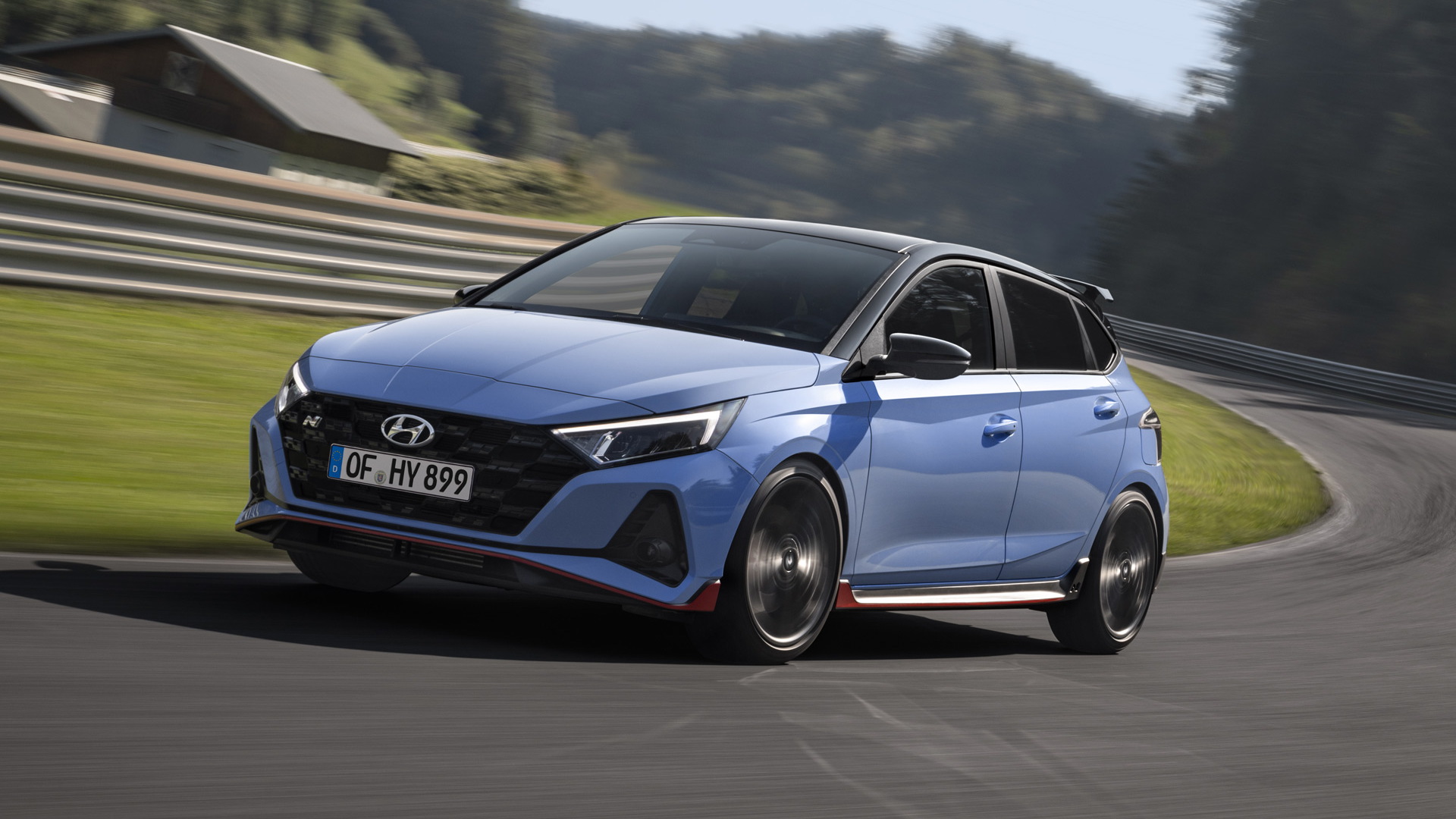 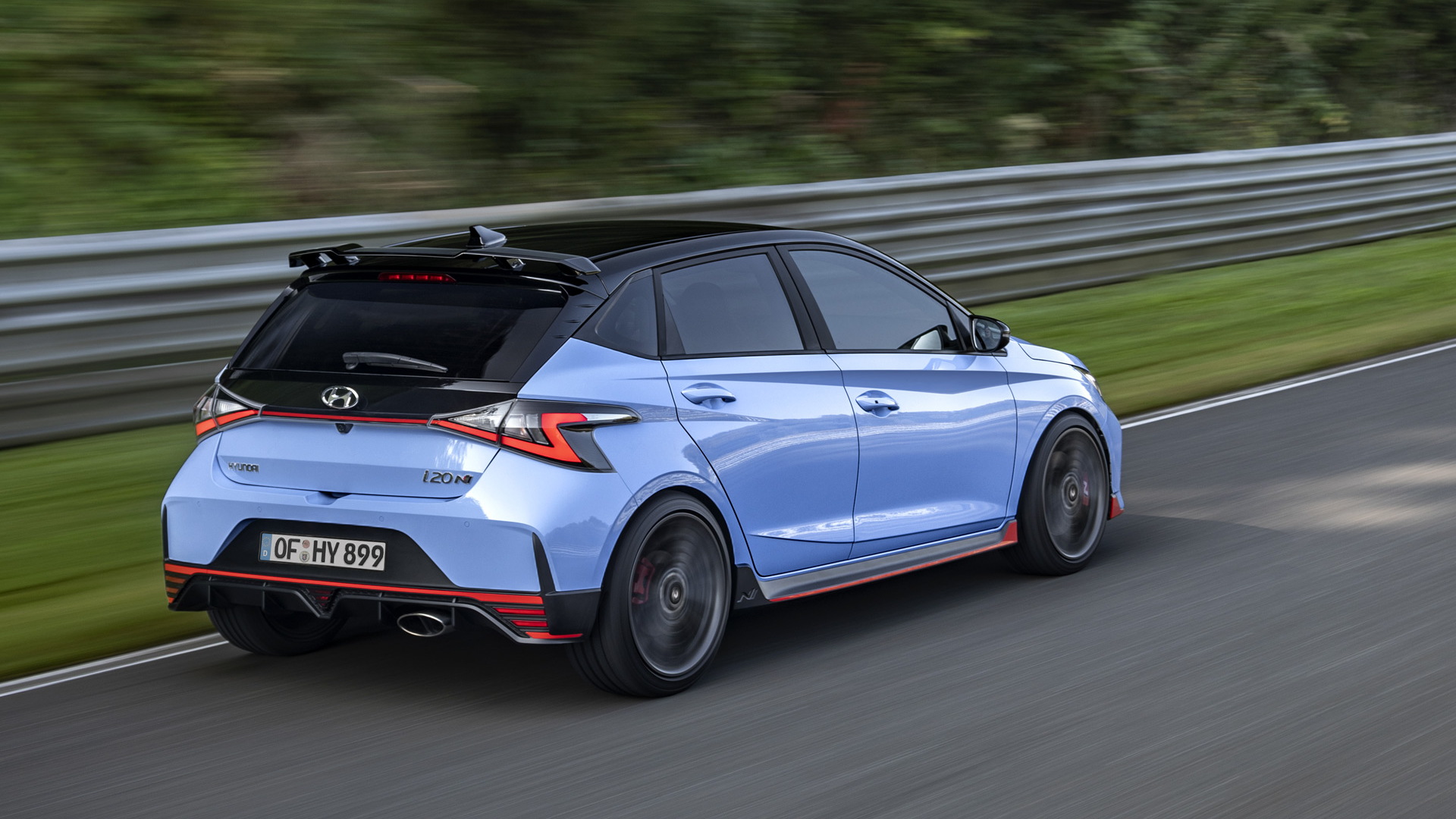 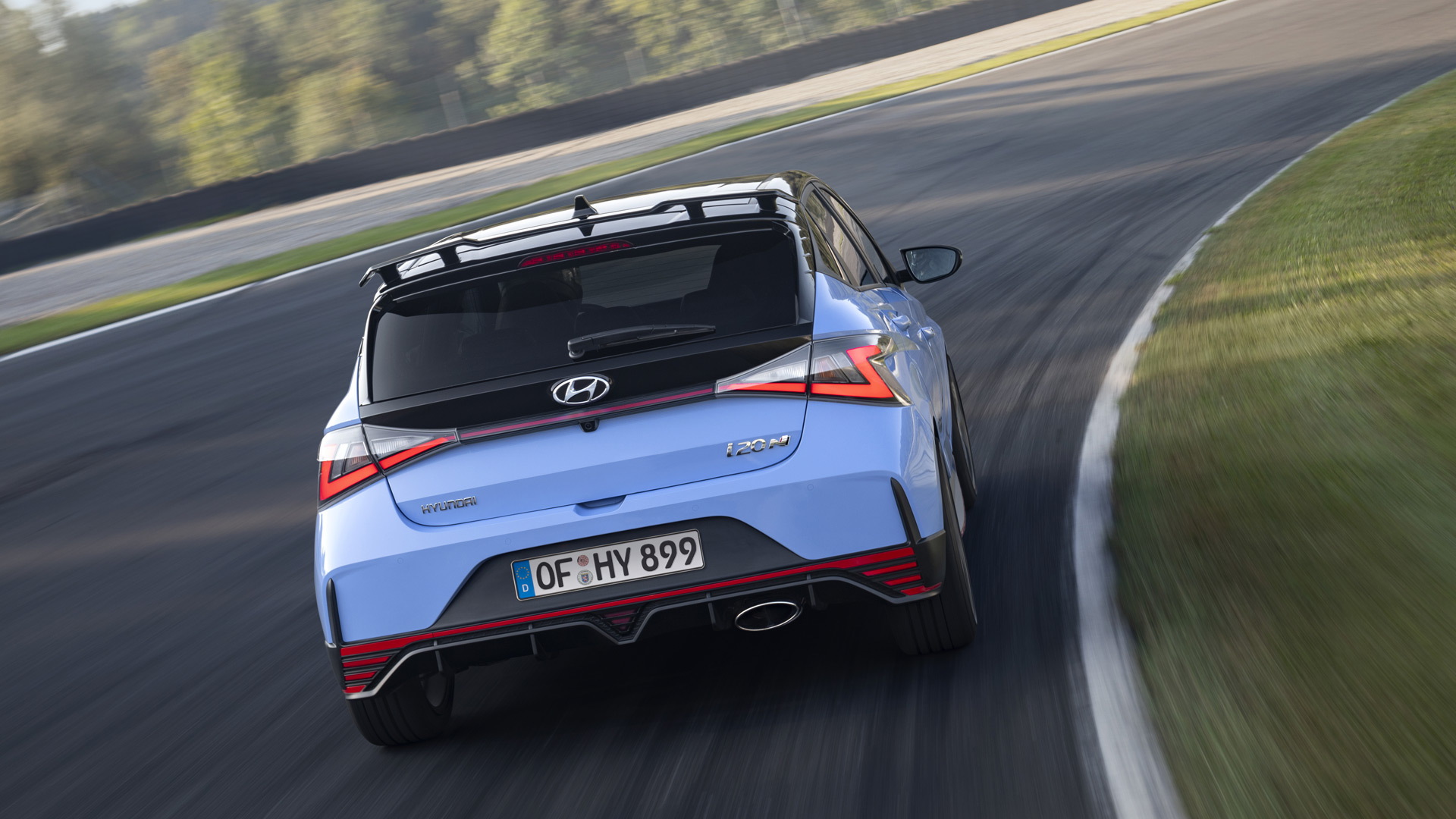 Now it has spawned a sporty i20 N variant that was developed alongside Hyundai's next World Rally Championship contender. There's also a tamer i20 N Line that helps bridge the gap between the regular i20 and this i20 N.

Of course, the i20 N is the version you really want, though sadly none of the i20 variants are headed to the United States since the nameplate isn't sold here. Elsewhere sales start in early 2021.

The i20 N is designed to go up against the Ford Fiesta ST, another hot hatch we don't see in the U.S., and brings to the fight a 1.6-liter turbocharged inline-4 generating 201 horsepower and 203 pound-feet of torque. The engine is mated to a 6-speed manual transmission with rev matching, and powers the front wheels exclusively.

With launch control engaged, the i20 N will scoot to 62 mph from rest in 6.7 seconds, and if you keep the pedal pressed the car will eventually top out at 143 mph. But the i20 N should also be plenty of fun in the corners, helped in part due to its light curb weight of only 2,623 pounds. There are also chassis mods that include 10-millimeter lower suspension, a performance brake package, and 18-inch wheels wrapped in Pirelli P Zero tires. A limited-slip differential is available.

While we won't see the i20 N in the U.S., we can look forward to other new additions from Hyundai N. The performance skunkworks has already confirmed new Elantra N Line, Elantra N, and Sonata N Line models. Prototypes for a more hardcore Kona N have also been spotted and there are rumors of a Tucson N coming down the line as well.

Hyundai N is also confirmed to be working on a standalone sports car, possibly with electric power.