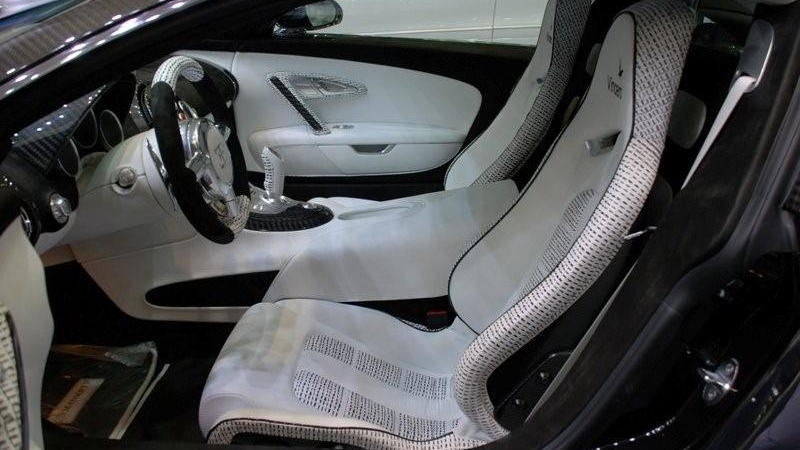 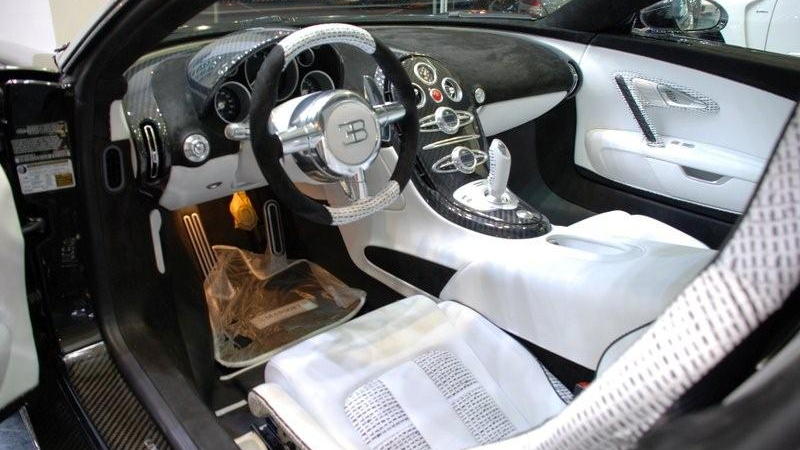 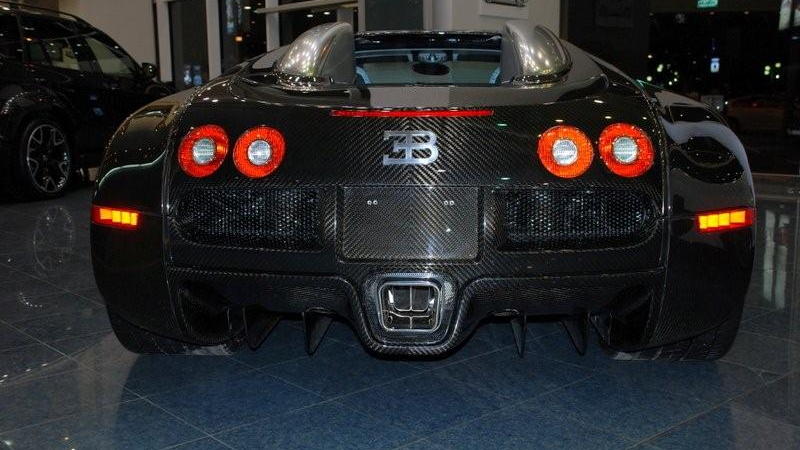 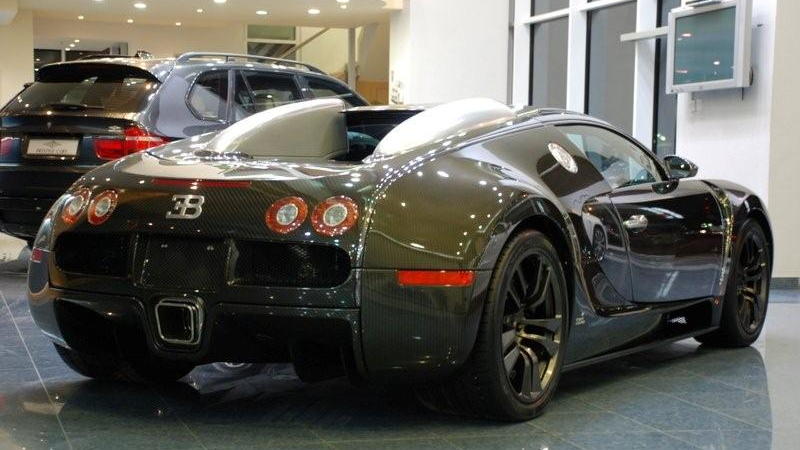 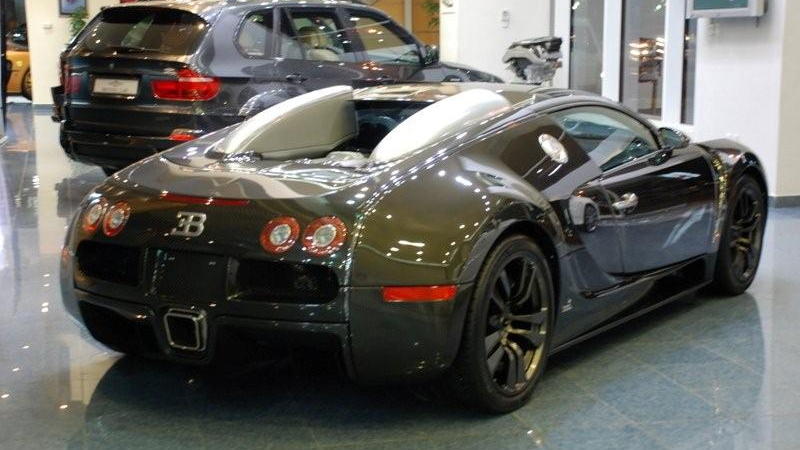 45
photos
Customized Bugatti Veyrons are almost as common as the cars themselves, which is to say not common at all. But this particular car, modified by Mansory, is less common than even most other custom Veyrons. In March, at the Geneva Motor Show, the modified Veyron was put on display for the first time and officials from Mansory let loose full details about the car, including its mammoth 1,109hp (827kW) power output. Today, we have a new mega-gallery of photos straight from the company that show off the car in every exquisite, carbon-weave detail.

Along with the huge power figure is an equally tall torque number: 967lb-ft (1,310Nm). That should be enough to erase a few tenths off the already-world-class mid-2 second 0-60mph (96km/h) time for the Veyron. The extra power comes by way of improved intake and exhaust systems plus attendant engine tuning.

Eschewing the popular matte-color trend of late, the Mansory Vincero is pure gloss from stem to stern. Largely blacked out, but with a sprinkling of chrome accents in the grille and a dark chrome treatment along the side of the car across the front fenders and door panels, the Vincero certainly lives up to its name. LED accents in the headlights and fully custom forged wheels finish off the exterior treatment with attention to detail.

Inside the car gets a typically Mansory two-tone black and white treatment, though the addition of a woven element makes for a unique touch. Ambient lighting and custom shift paddles on the steering wheel complete the package.

An extra dose of naked carbon fiber across the front bonnet and rear engine cover, plus the rear fascia and diffuser gives the Vincero the look of the Sang Noir, though it is not the basis for this custom car. Only 15 of the Sang Noir special-editions were built, however, so it's enough that this car is styled to look somewhat alike.

For those that would like to investigate the matter in person, or just happen to have several million unused dollars lying about, the car is on sale exclusively at Prestige Cars in the United Arab Emirates. Bring an extra $1 million in addition to the purchase price of your Veyron, though, because that's what the Vincero upgrades will cost you.