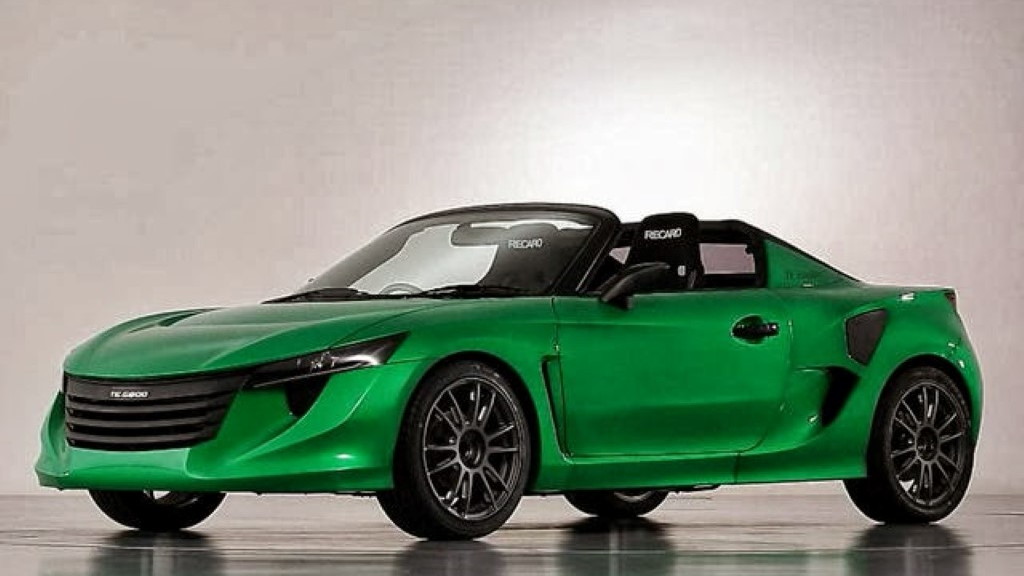 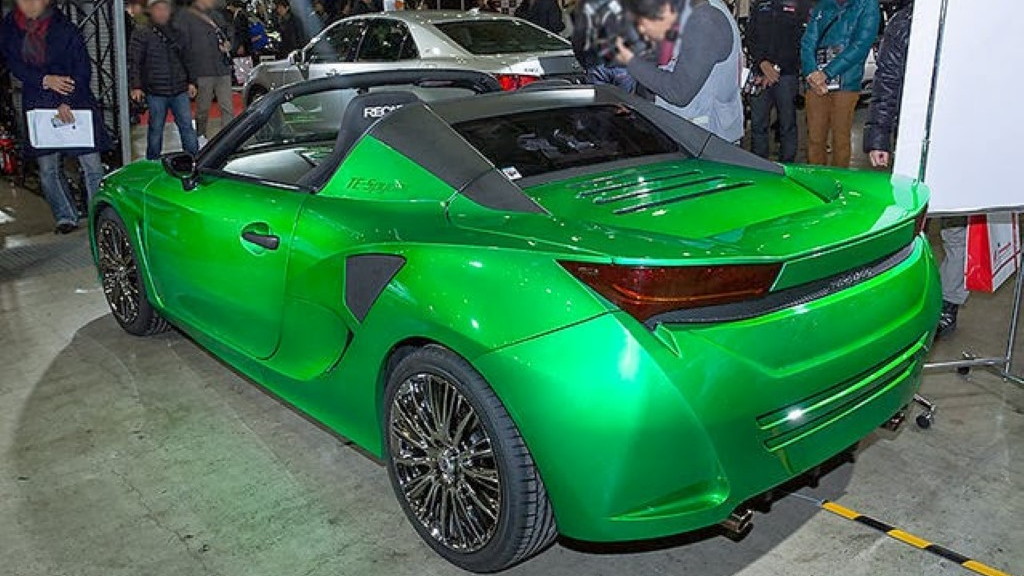 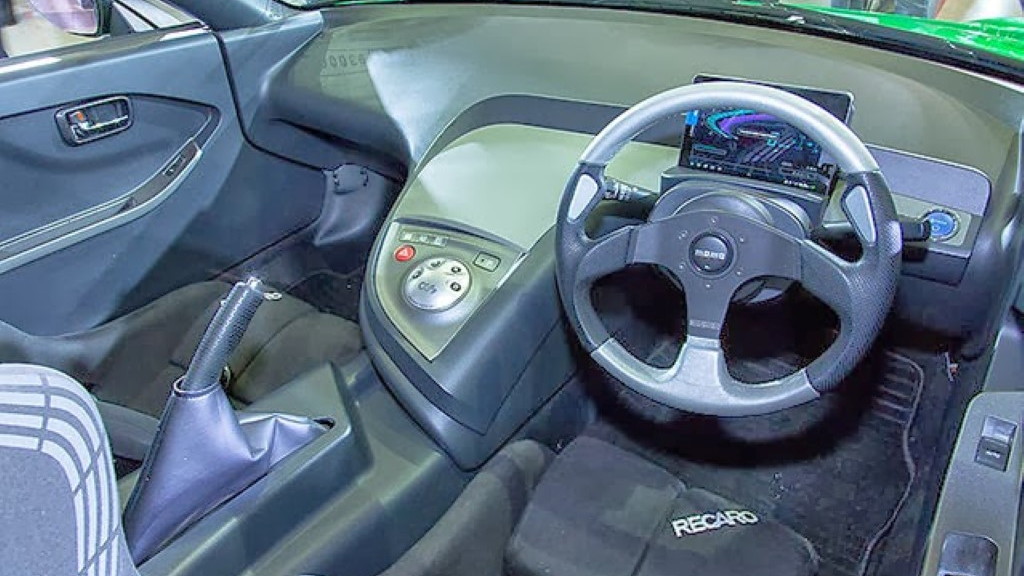 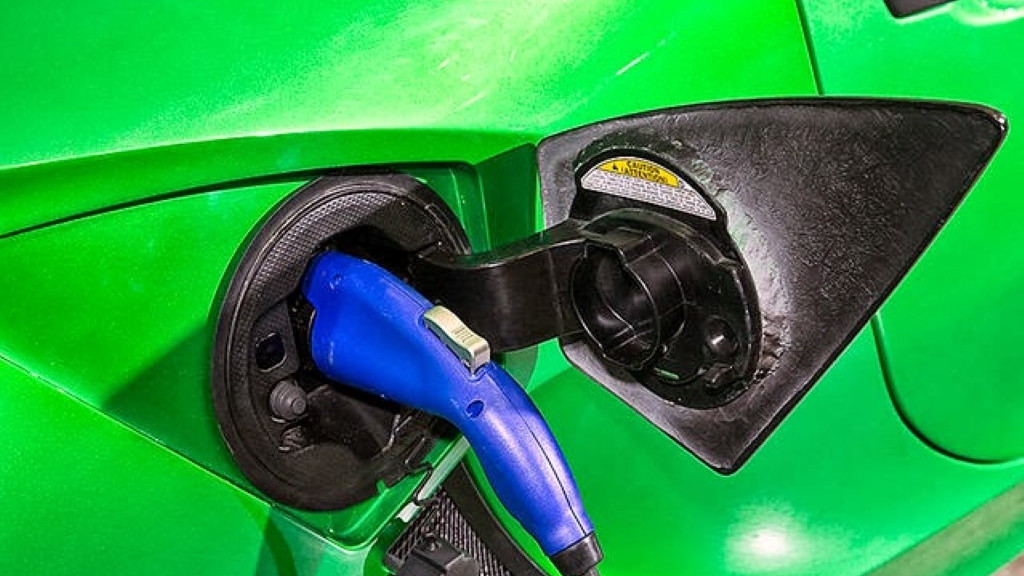 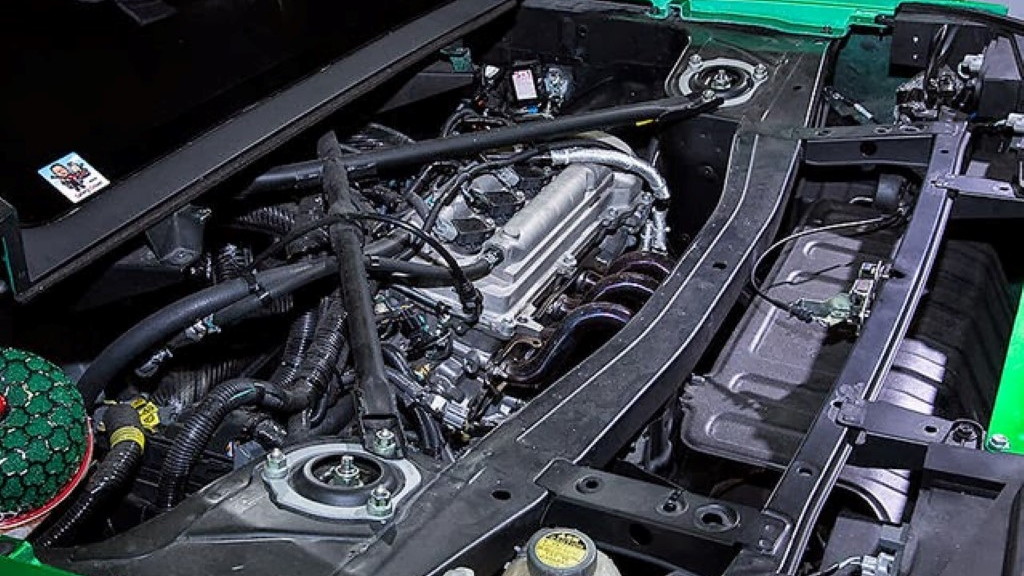 5
photos
It's fair to say the Toyota Prius isn't the most exciting of vehicles. In fact, it's pretty much the antithesis of everything gearheads like about cars. It is a method of transport, and little more. Toyota's old MR2 roadster is pretty much the opposite. It's peppy, has its engine and driven wheels in the right place, the roof comes down, and it's a riot to drive. Aside from a 1.8-liter capacity and a Toyota badge, the two share very little.

In the Toyota Engineering Society TE-Spyder 800 revealed at the recent 2014 Tokyo Auto Salon, the two cars come together in quite an enticing package--one that could appeal to gearheads and hypermiling eco-drivers alike.

Based on the third generation of Toyota's 'Midship Runabout' series, the TE-Spyder ditches the MR2's typical 1.8-liter 1ZZ four-cylinder and replaces it for a 116-horsepower 1.5-liter 1NZ-FE unit. This isn't actually the engine you'll find in a Prius (nor is it the 1.5-liter unit from the Prius C subcompact) but it does use the 102-horsepower electric motor from the current Prius. The two are matched up to Toyota's electronic-Continuously Variable Transmission, which is actually a planetary gearbox capable of mixing and matching drive from the engine and electric motor.

An e-CVT doesn't immediately scream "sports car", but in a car weighing under 2,200 lbs the combination is still enough to deliver reasonable performance--at 5.8 seconds to 62 mph, it's actually quicker than the MR2 on which it's based. It certainly doesn't look anything like the MR2--in reality, it's probably closer to the recent Honda S660 concept--but it does look a whole lot more modern with its targa-style profile and slim-line headlights. Inside, the Prius similarities are more clear, with the sweeping center console of the current Prius. The wheel and seats are aftermarket items, and data is relayed to the driver via a TFT screen in front of the steering wheel.

CHECK OUT: Meet The Cars Of The Need For Speed Movie: Video

There's no word on fuel economy, nor range, but the TE-Spyder does have another ace up its sleeve--the ability to plug it in for an extra dose of all-electric range. Given the low weight of the car, we're guessing there aren't too many batteries hidden away in that compact body, but it has to be one of the greener sports cars around. But should Toyota produce it? Leave your thoughts below.