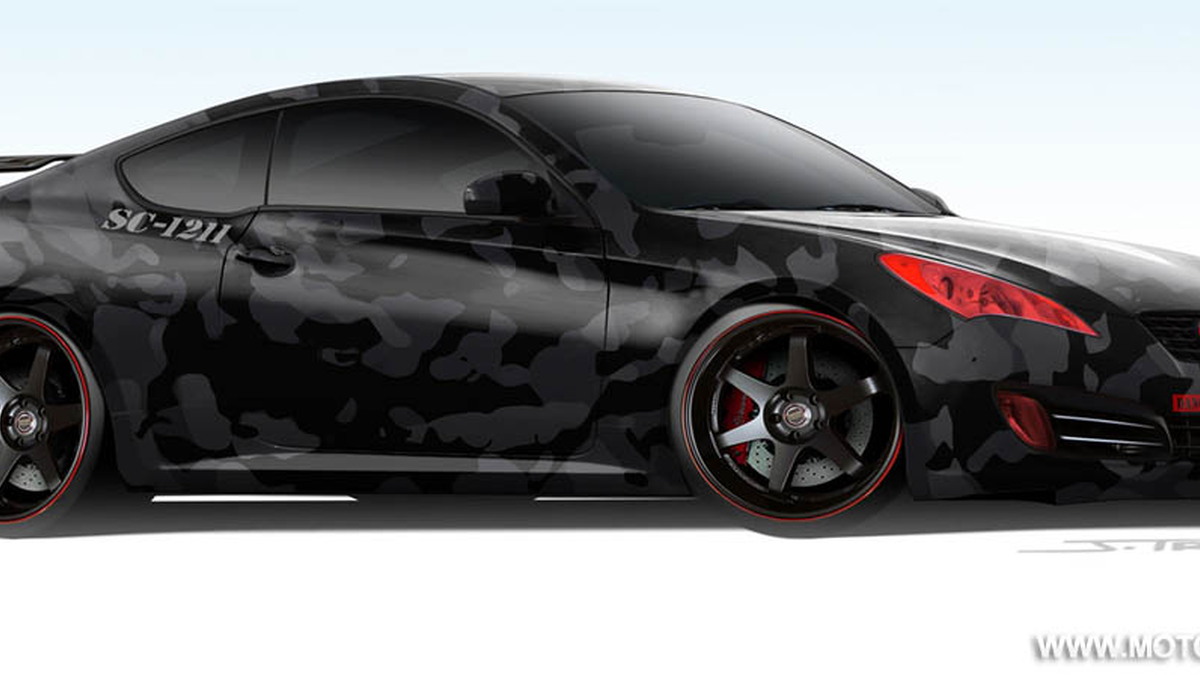 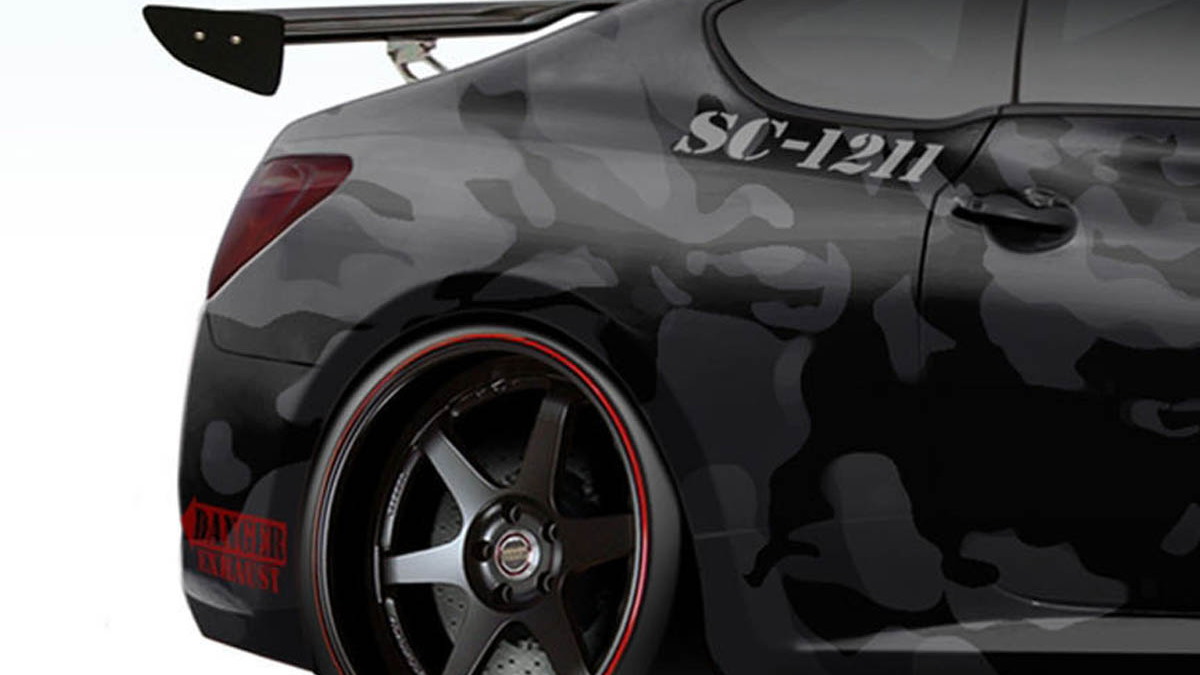 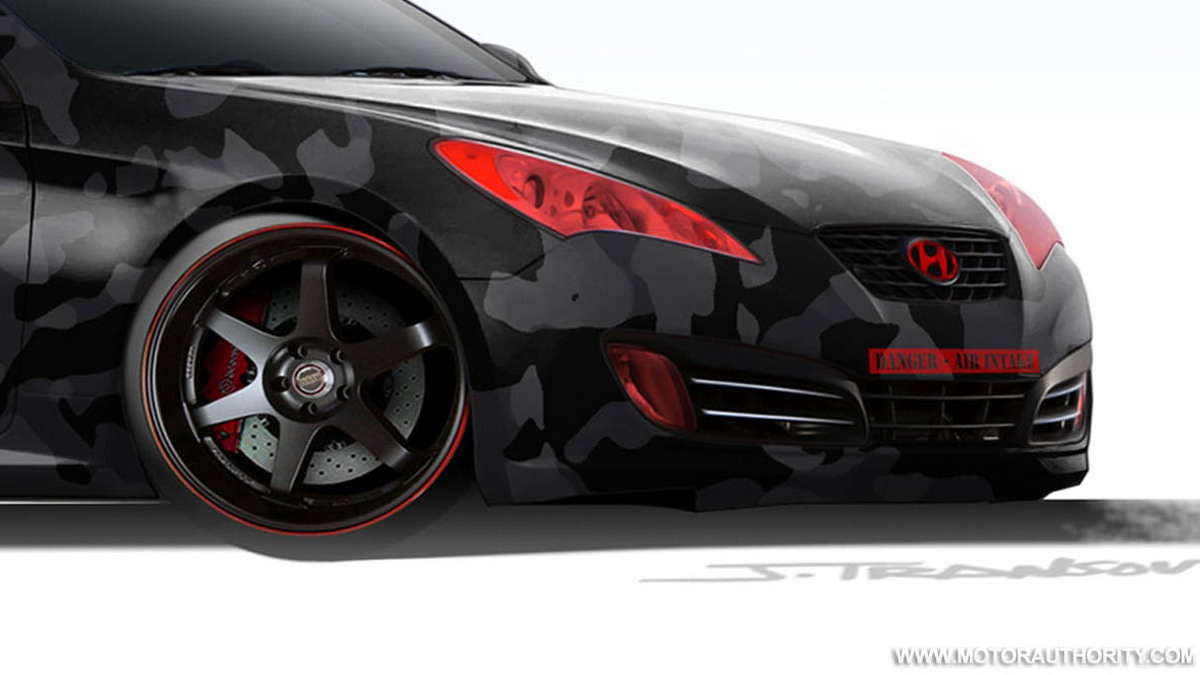 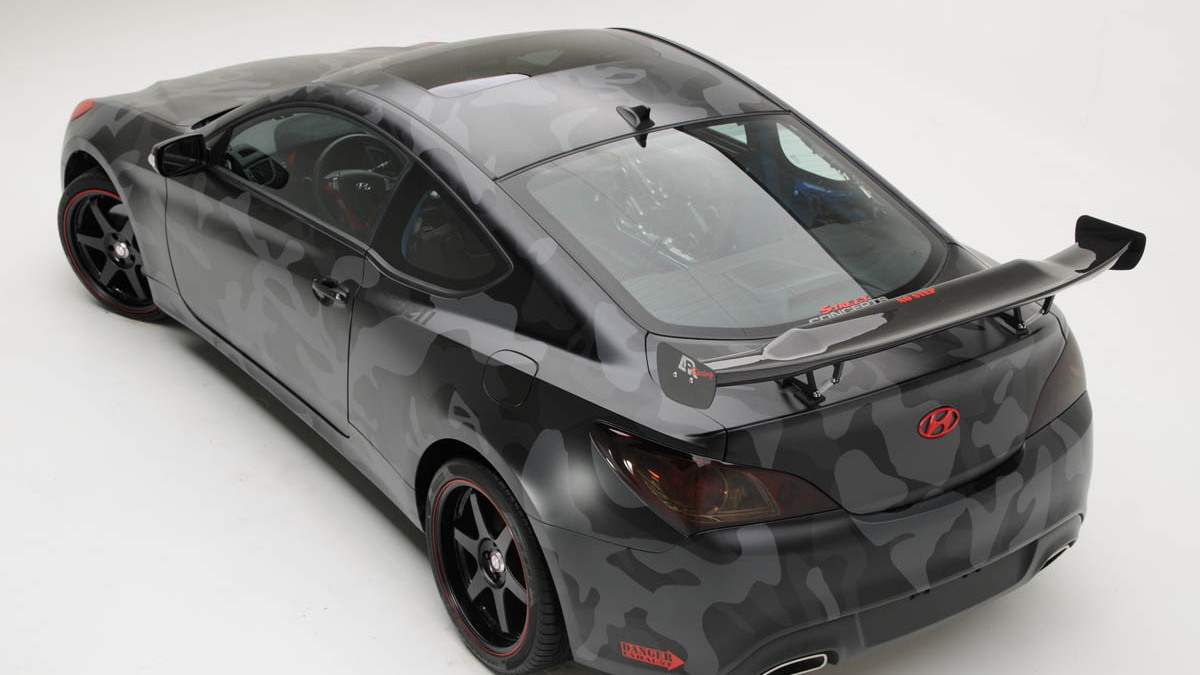 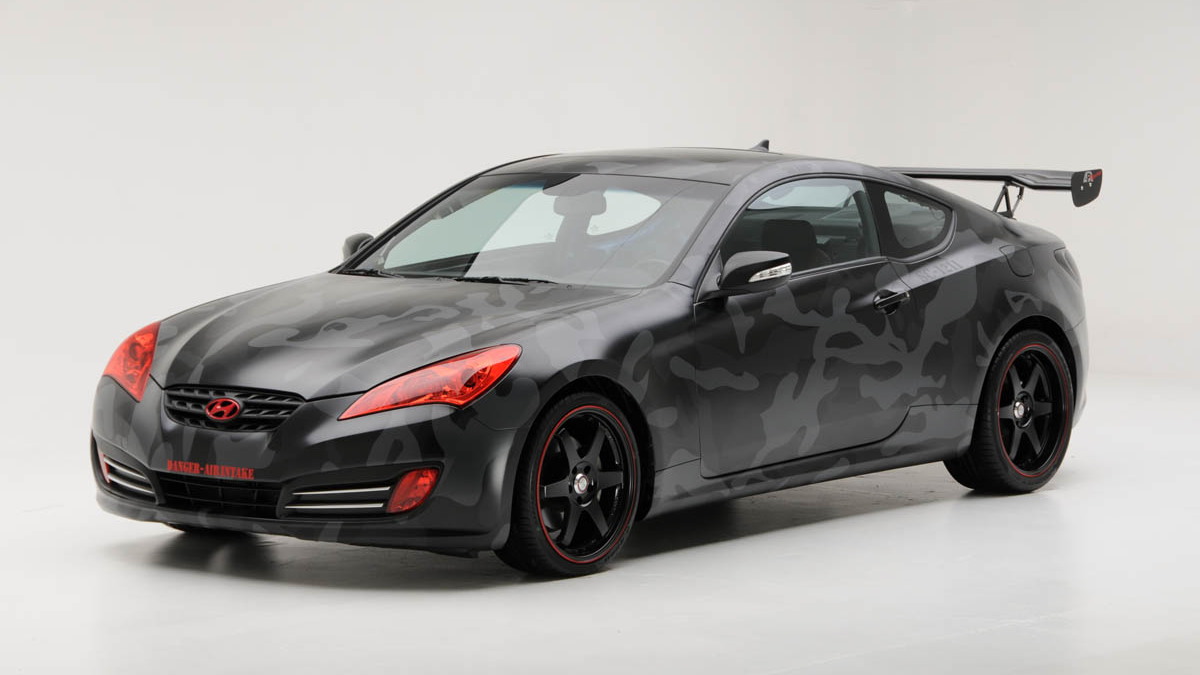 13
photos
The third and final tuning company chosen to use the Hyundai Genesis Coupe as their canvas at the upcoming SEMA show may just unveil the most outrageous Genesis Coupe yet, if the pictures are anything to go by.

Hyundai has given their Genesis Coupe to 'Street Concepts', long-time Hyundai tuners, who have decided to give the entire car a camouflage paintjob with red-tinted headlights at the front. The car from Street Concepts represents a less restrained approach to that taken by HKS who went for a clean, red look.

The Street Concepts take on the Genesis Coupe gives the car a menacing appearance, and its black and grey cloak is accented by a custom grille that gives the car a sharper nose than that found in the stock version. The Street Concepts' Genesis Coupe rides on 19" Volk rims, shod with performance tires, to give the Hyundai a solid base and the black rims match the paintjob perfectly.

Additionally, there are tinted tail lamps at the rear and an APR rear spoiler that stick out from the car's camouflaged appearance and give it some extra character.

While the outside has been modified extensively, the upgrades continue in the cars mechanicals, which now feature a Magnaflow cat-back exhaust as well as a new air intake system to boost power slightly. Brembo brakes and an upgraded suspension system are also included to handle the extra power from the 3.8L V6 engine.

Inside, the Street Concepts' Genesis Coupe gets carbon fiber accents, Cobra seats and other accouterments that go with the overall theme of the car.

The Street Concepts' Genesis Coupe will sit alongside the Genesis Coupes modified by Rhys Millen and HKS at the SEMA show later this year.