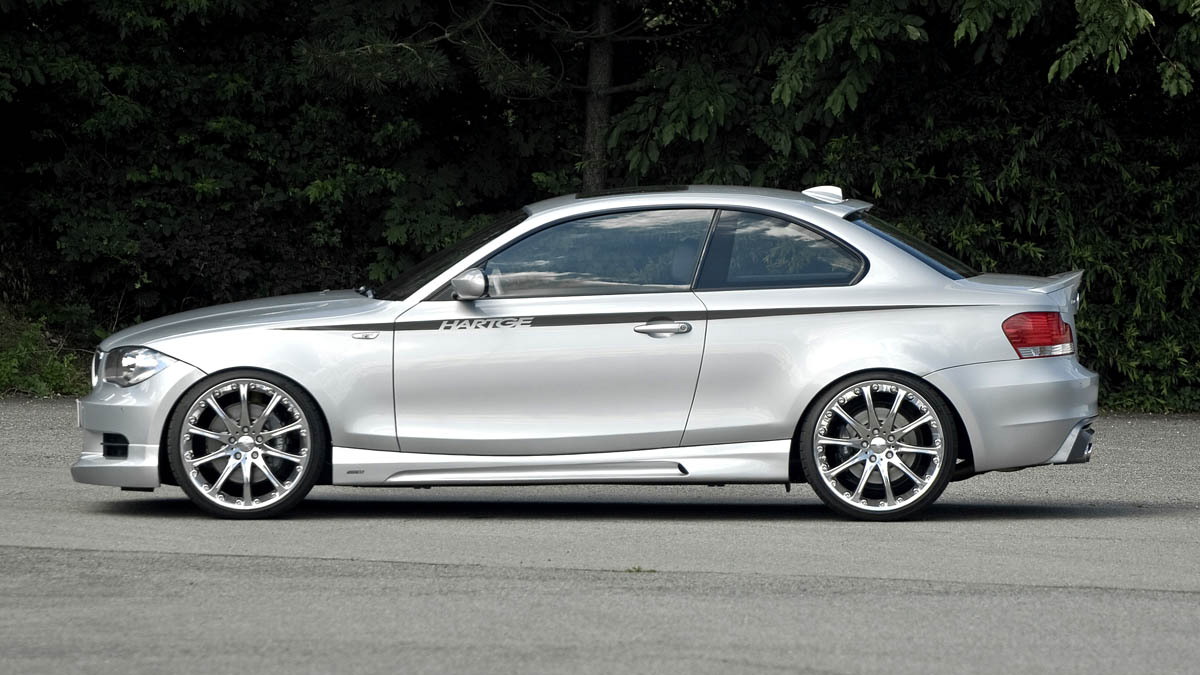 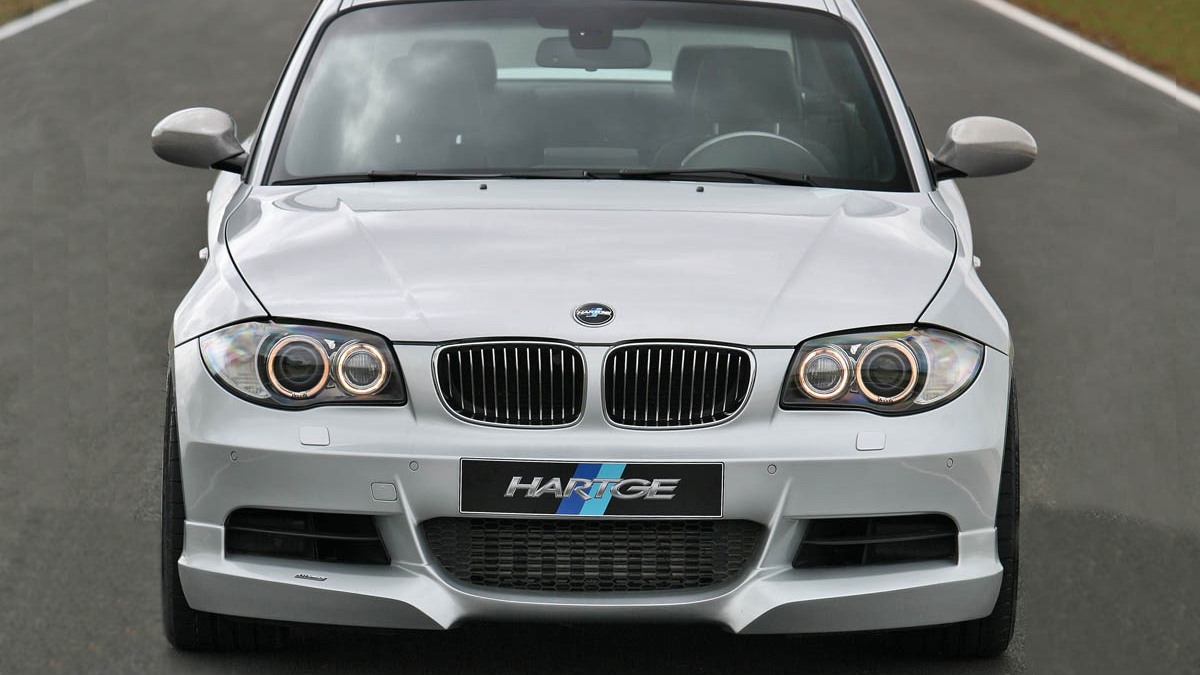 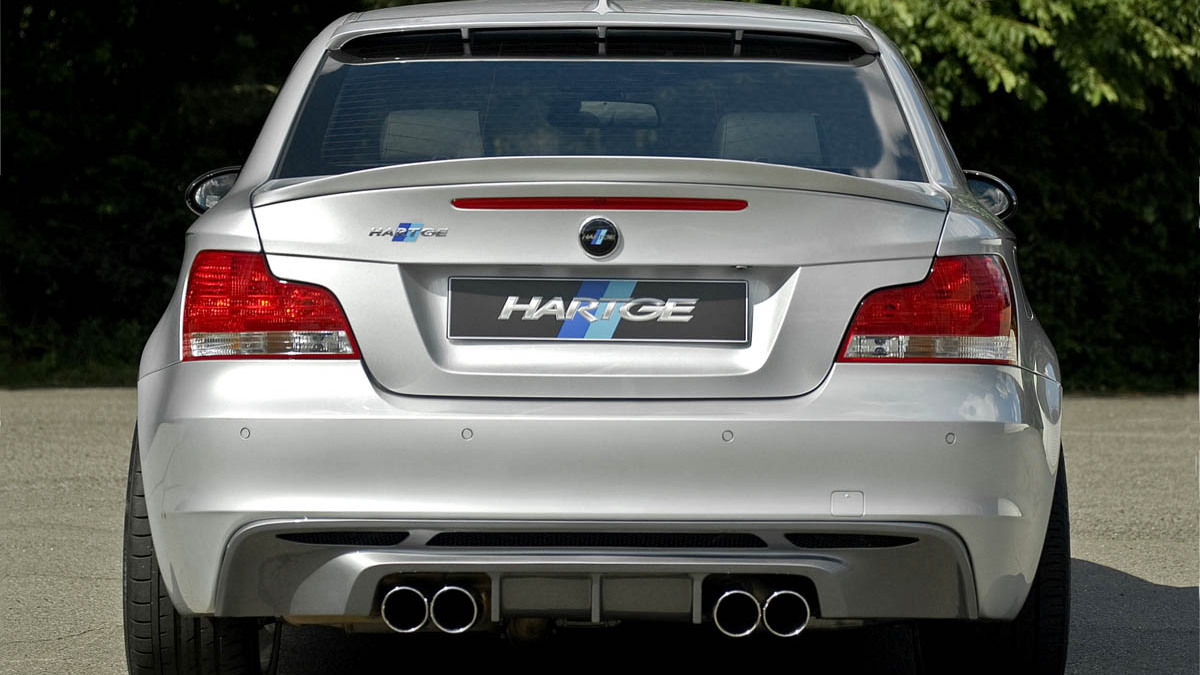 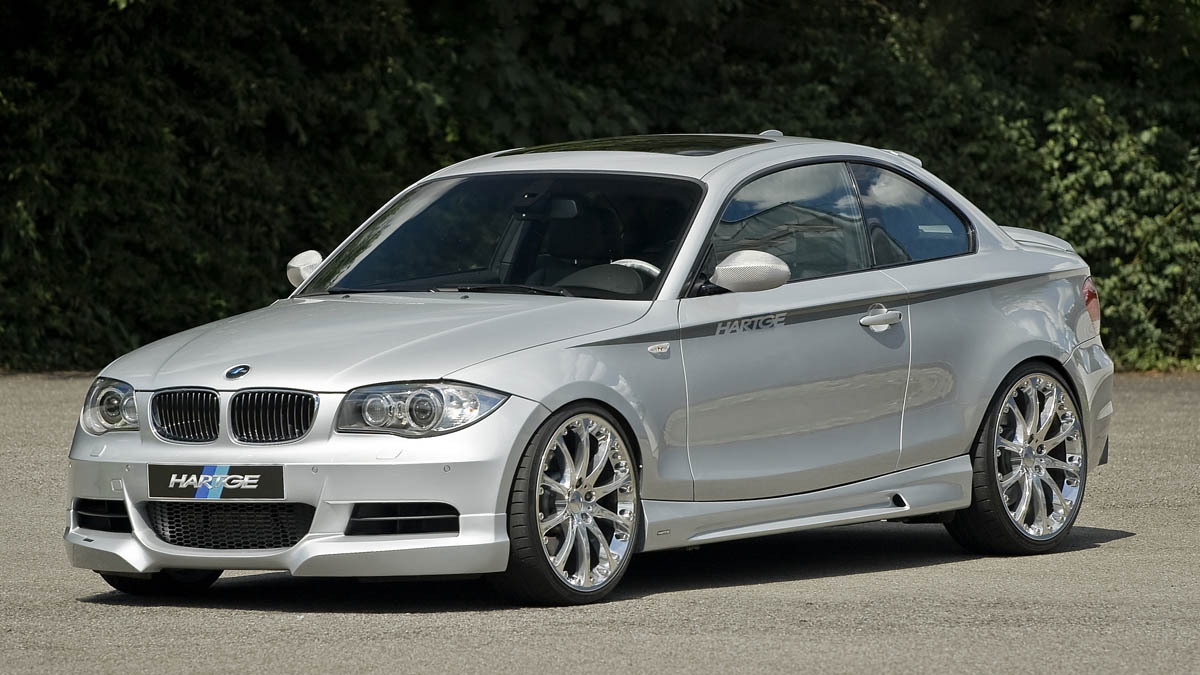 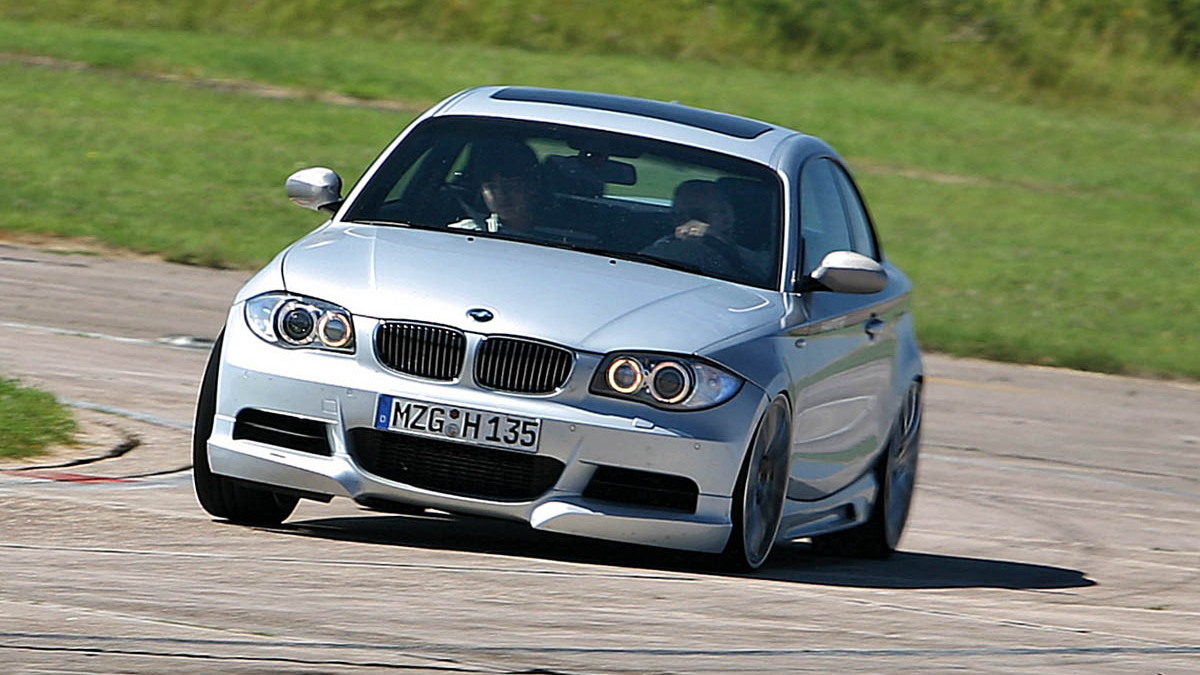 9
photos
Almost six months ago, Hartge revealed its original take on the 1-series. At that time, it was entirely an appearance and suspension upgrade package, leaving the engine untouched. Now, having spent the last six months extracting even more power from the 135i's twin-turbo six-cylinder, the German tuner company from Merzing has revealed its final product.

Like the original 1-series tuning kit, the new 135i gets a full aerodynamics treatment, though this time around it's even bolder, to reflect the increased power underhood. That power climbs by 44hp over stock, to 350hp (257kW) and 354lb-ft (480Nm), enabling the little coupe to sprint to 62mph (100km/h) a full half-second faster than the standard car, which itself manages a respectable 5.3 second time.

Being 25mm lower improves roll control and handling, while stiffer springs and revised dampers further aid the driver in tapping into the increased performance of the car. Gigantic 20x9" wheels wrapped in Pirelli PZero Nero tires give tremendous grip potential, though track enthusiasts may opt for a lighter, more race-tire friendly diameter.

Special steering wheel inserts in black or silver carbon fiber, a range of options for the gear knobs, seating surfaces and other features and a new instrument cluster scheme wrap up the Hartge modification list.