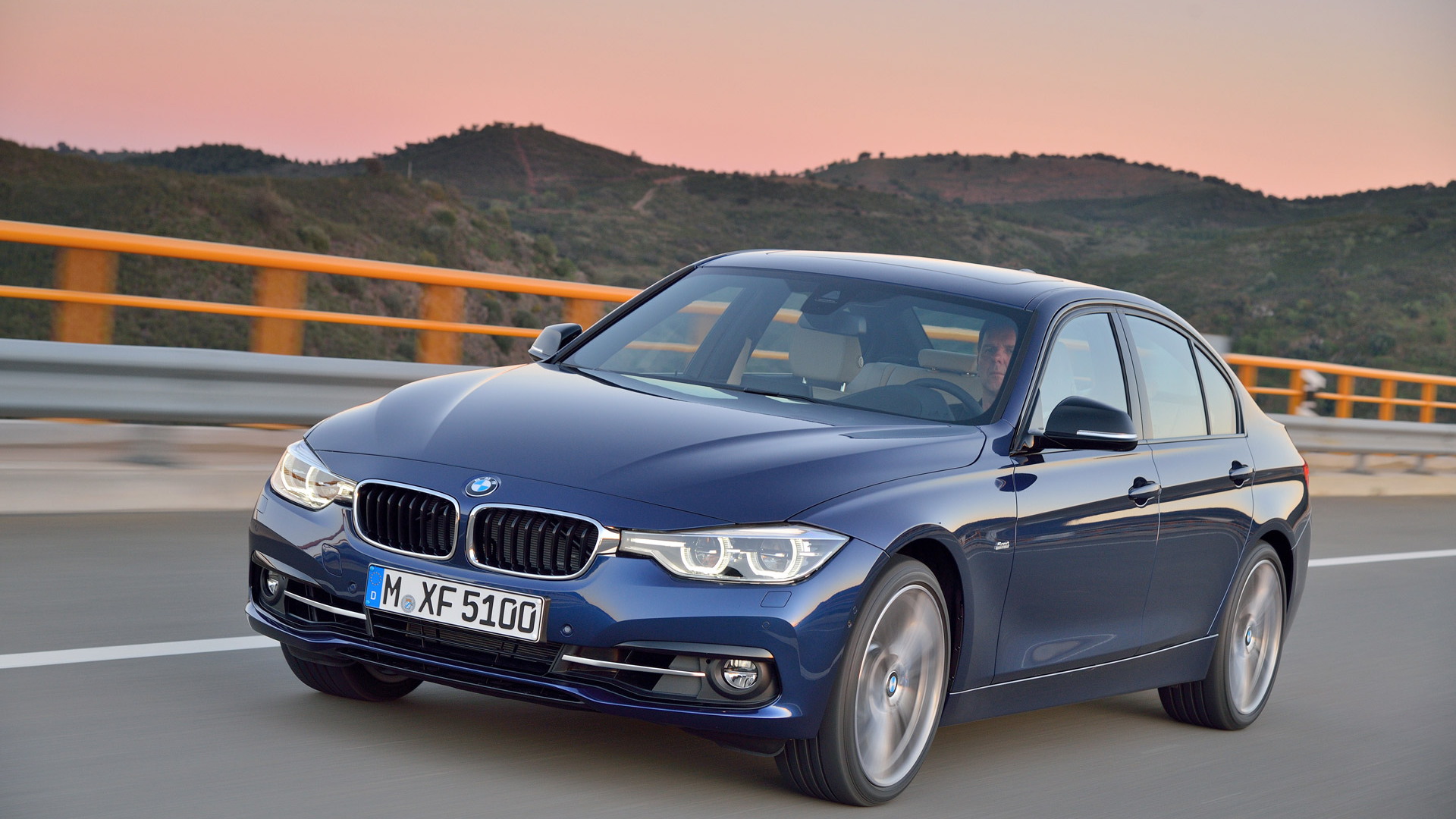 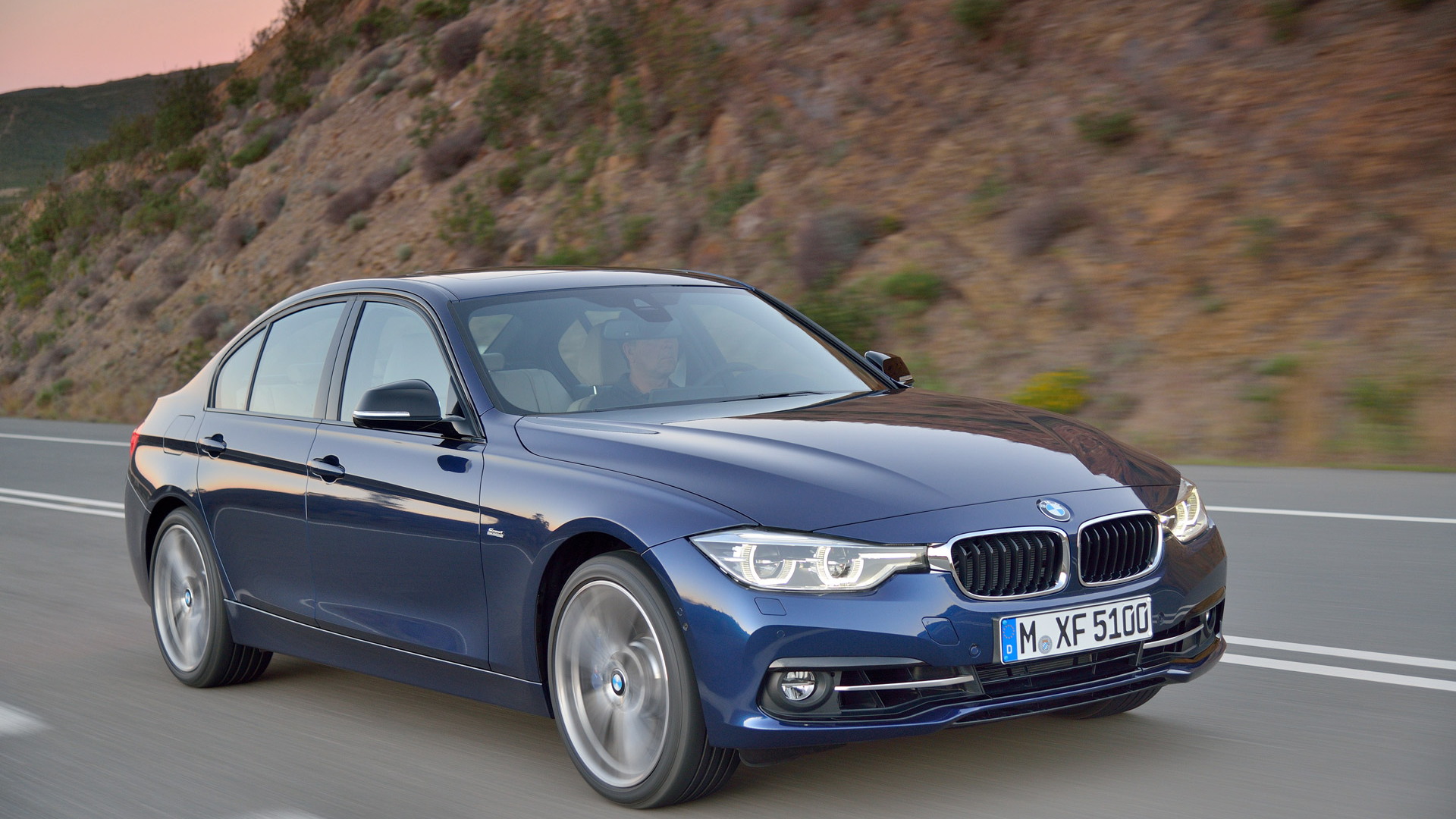 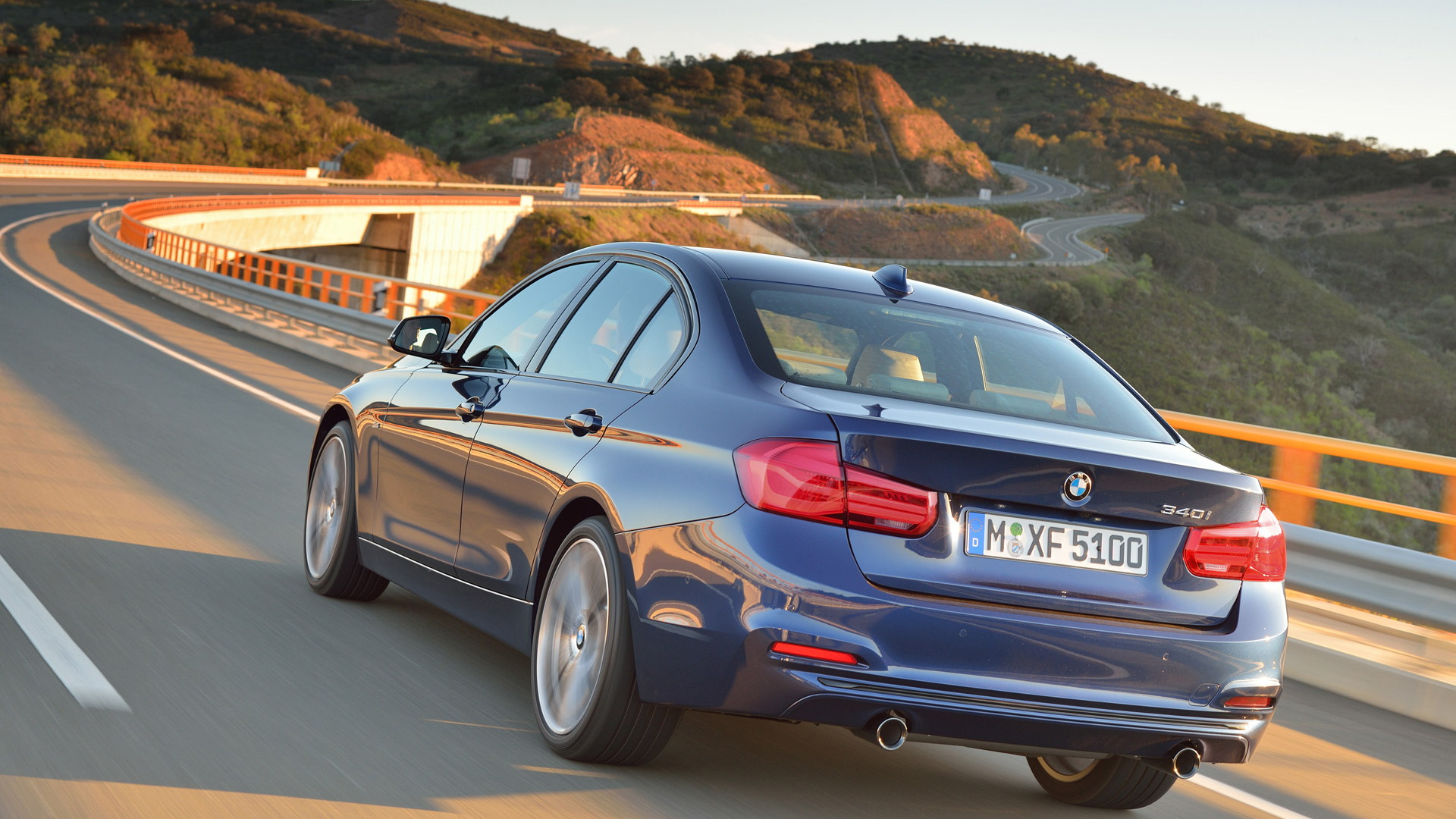 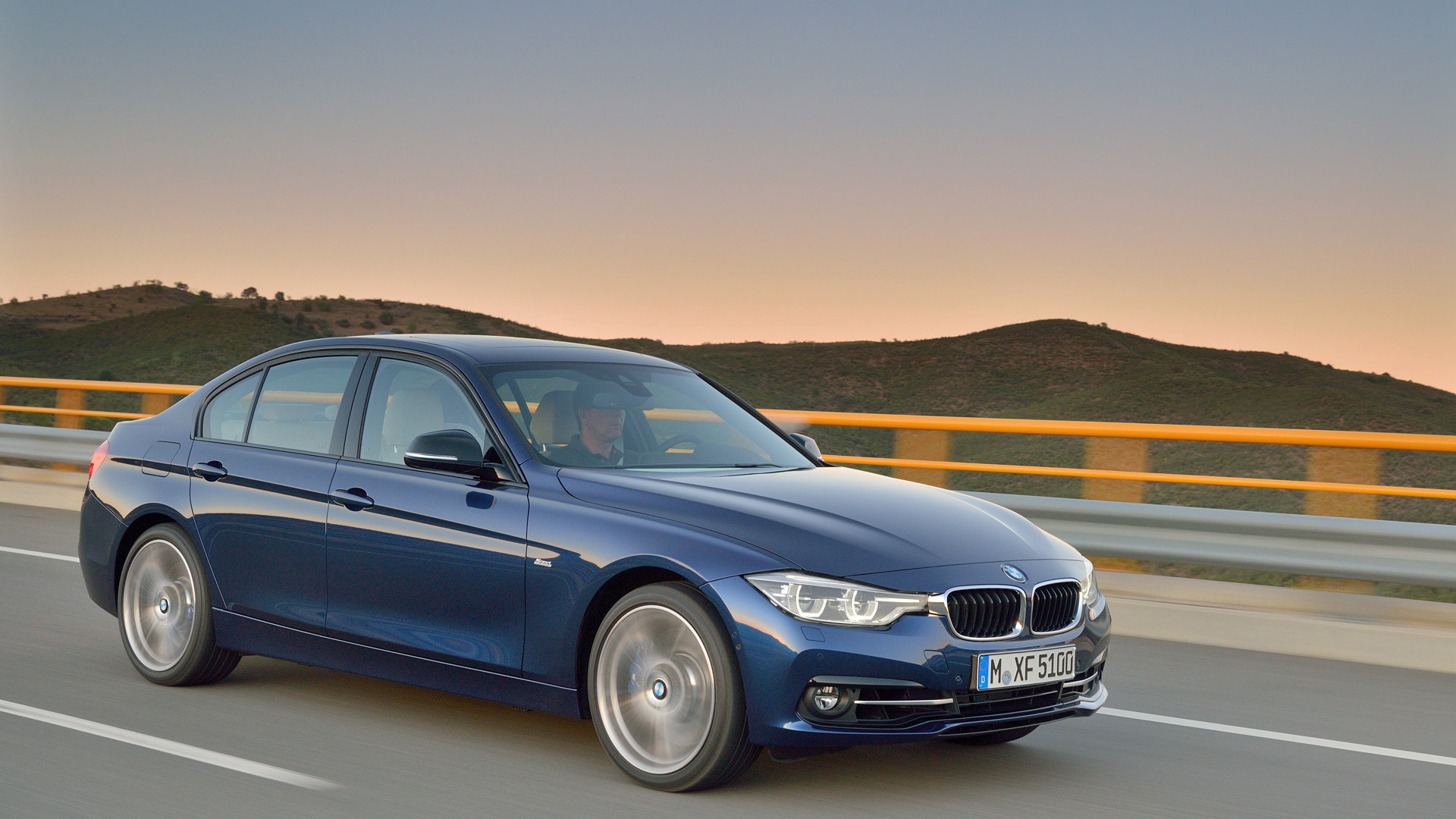 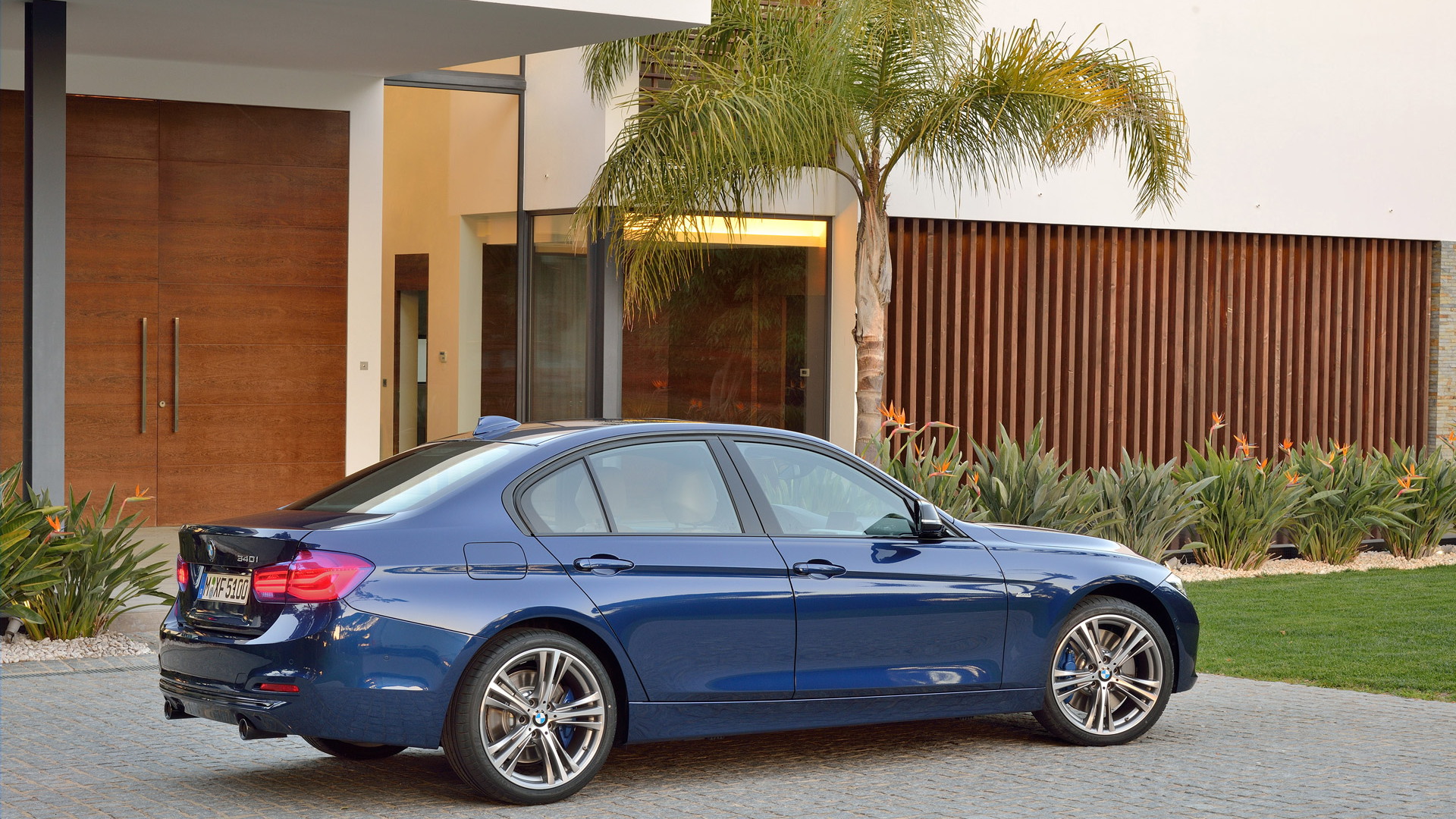 Forty years on since the launch of the original 3-Series, the E21, BMW has unveiled its most advanced version of its bread-and-butter sedan and wagon yet. The updated 3-Series range goes on sale later this year, arriving in showrooms as a 2016 model. Importantly, the changes also affect the M3 and soon enough we’ll see them filter across to the 4-Series range.

On initial glance, it’s hard to spot any of the changes but if you look a little closer you’ll notice new internals for the lights including available full-LED units, plus some revisions made to the lower part of the bumpers. The changes are even harder to spot inside, with the layout remaining the same as in the outgoing model and only some chrome accents on the door and air vent surrounds appearing new.

The lack of visual updates is due to the engineers focusing on changes under the skin. The big news is the introduction of an all-new straight-six engine based on the modular design BMW uses for its latest three- and four-cylinder units. Codenamed the B58, the engine appears in a new 340i variant that replaces the 335i and its venerable N55 mill. The 320i, 328i and 328d variants carry over. Also joining the lineup next year will be a new plug-in hybrid variant dubbed the 330e.

First Application Of B58 Six-Cylinder

But getting back to the 340i, it’s the first application of BMW’s new straight-six engine. The turbocharged and direct-injected unit produces 320 horsepower and 330 pound-feet of torque, which is up on the 300 hp and 300 lb-ft offered in the outgoing 335i. Paired with an eight-speed Steptronic automatic transmission, the 340i will sprint from 0-60 mph in a blistering 4.8 seconds. Add the available xDrive all-wheel-drive system and this figure drops to just 4.6 seconds. Top speed across the 2016 3-Series range is limited to 155 mph.

The eight-speed Steptronic automatic transmission is made standard on the 2016 3-Series range, but BMW offers at no cost a six-speed manual. The manual now comes with a rev matching function, and on the 340i there’s a dual-mass flywheel with centrifugal pendulum absorbers. This counteracts uneven running on high-torque engines so that the driver can change gears smoothly. The automatic also gets a few tweaks to improve efficiency and smoothness.

Arriving next year will be the 330e plug-in hybrid. Final specs are yet to be confirmed but BMW estimates the electrified sedan will deliver 250 hp and 310 lb-ft of torque, which should be enough for 0-60 mph acceleration in 6.1 seconds and a top speed of 140 mph. Like the recently revealed X5 xDrive40e, the 330e will feature a four-cylinder engine working together with an electric motor integrated with the transmission. Working alone, the electric motor should be able to carry the 330e a distance of approximately 22 miles on a single charge of the car’s lithium-ion battery.

The BMW 3-Series has been the benchmark in driving dynamics for generations. For 2016, the suspension and steering systems have been enhanced to improve the handling and feedback without any compromise on comfort. Some of the specific changes include new suspension geometry with new front struts with five bolt upper anchors points (versus three previously); plus a redesigned electric power steering system; new dampers at the rear; and updated electronic stability control.

The result of all the changes is reduced roll, improved directional stability and a higher level of steering precision, regardless of whether you’re using the standard suspension or the M Sport Suspension and Adaptive M Suspension setups.

But BMW has gone further and is offering a track package. This is available on gasoline-only models and combines Variable Sport Steering and Adaptive M Suspension while also adding M Sport Brakes with uprated pads and lightweight 18-inch alloys shod with Michelin Super Sport tires. Anyone opting for the 340i can upgrade to 19-inch wheels.

As mentioned above, the interior hasn’t changed much. There are some chrome highlights and high-gloss surfaces that help give the cabin a cleaner look. There will be a number of packages available that up the level of luxury amenities, though, adding things such as lumbar support, a moonroof and satellite radio.

For the tech fans, the navigation system boasts quicker start-up, even faster route calculation along with more realistic 3D visualization in cities. The navigation maps are automatically updated free of charge for a period of three years via the car’s embedded SIM card and 4G LTE connectivity. The SIM card also enables a host of ConnectedDrive services without the need for a smartphone. One of the most useful is the Concierge, which can find nearby restaurants or shops and send the details straight to the navigation while you are driving.

Other features include an automatic emergency call system, a head-up display and a new parking assistant that works for both parallel and perpendicular parking. At speeds below approximately 22 mph, ultrasonic sensors measure potential parking spaces, which are then shown in the central information display. If the driver now activates the parking assistant, the car will steer itself into the space while the driver merely has to control the accelerator and brake or switch between forward and reverse gear when prompted.