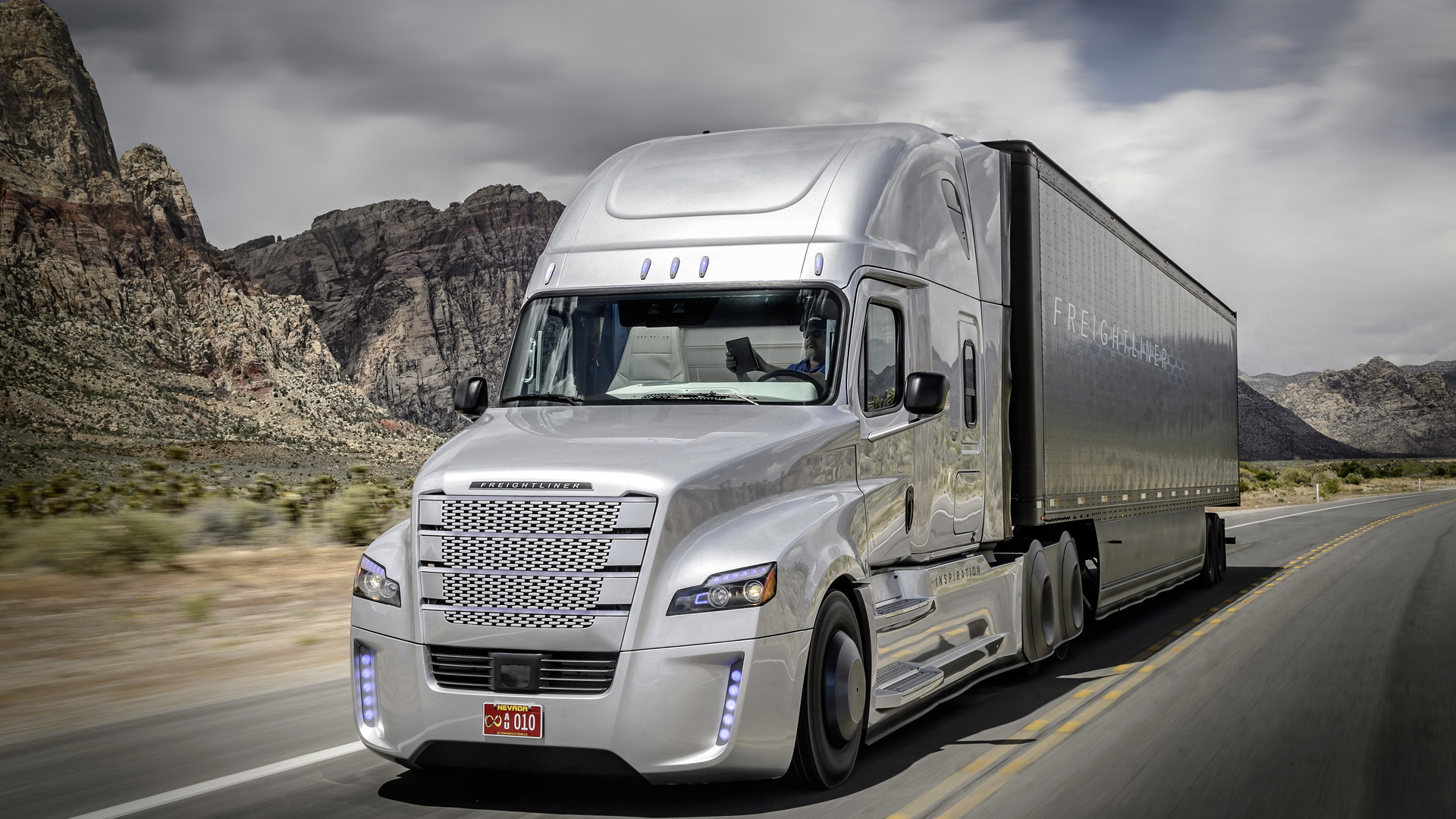 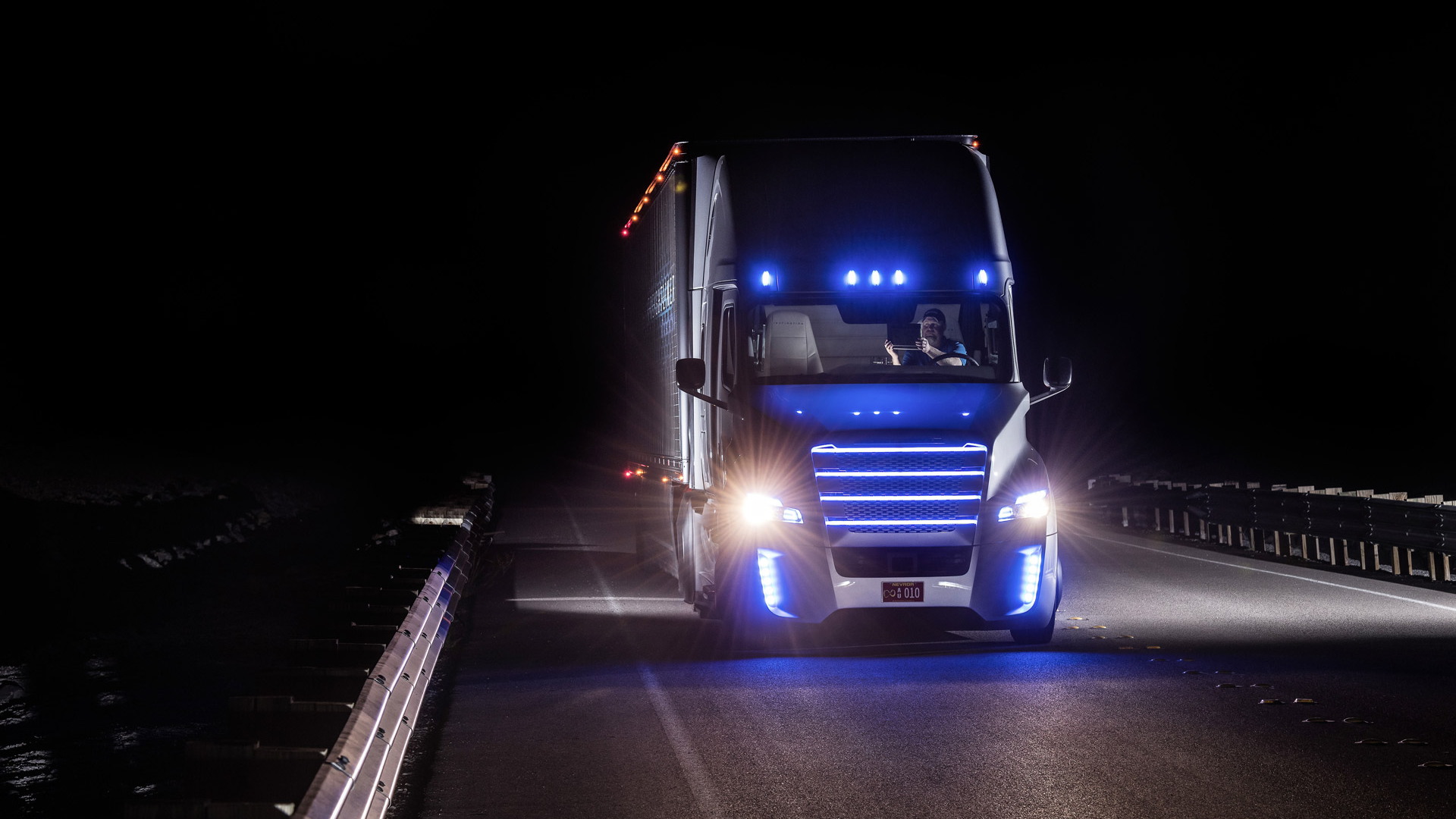 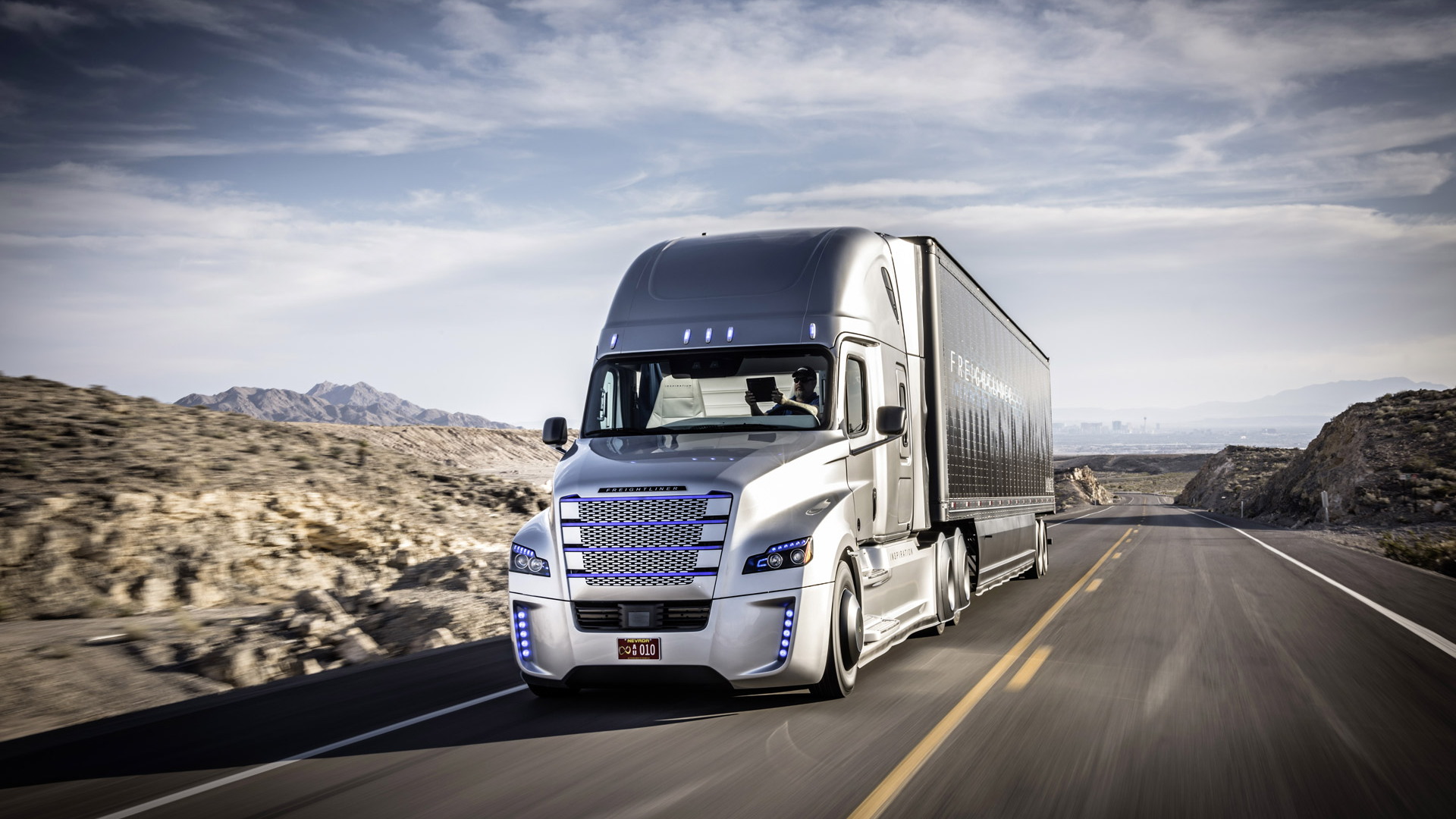 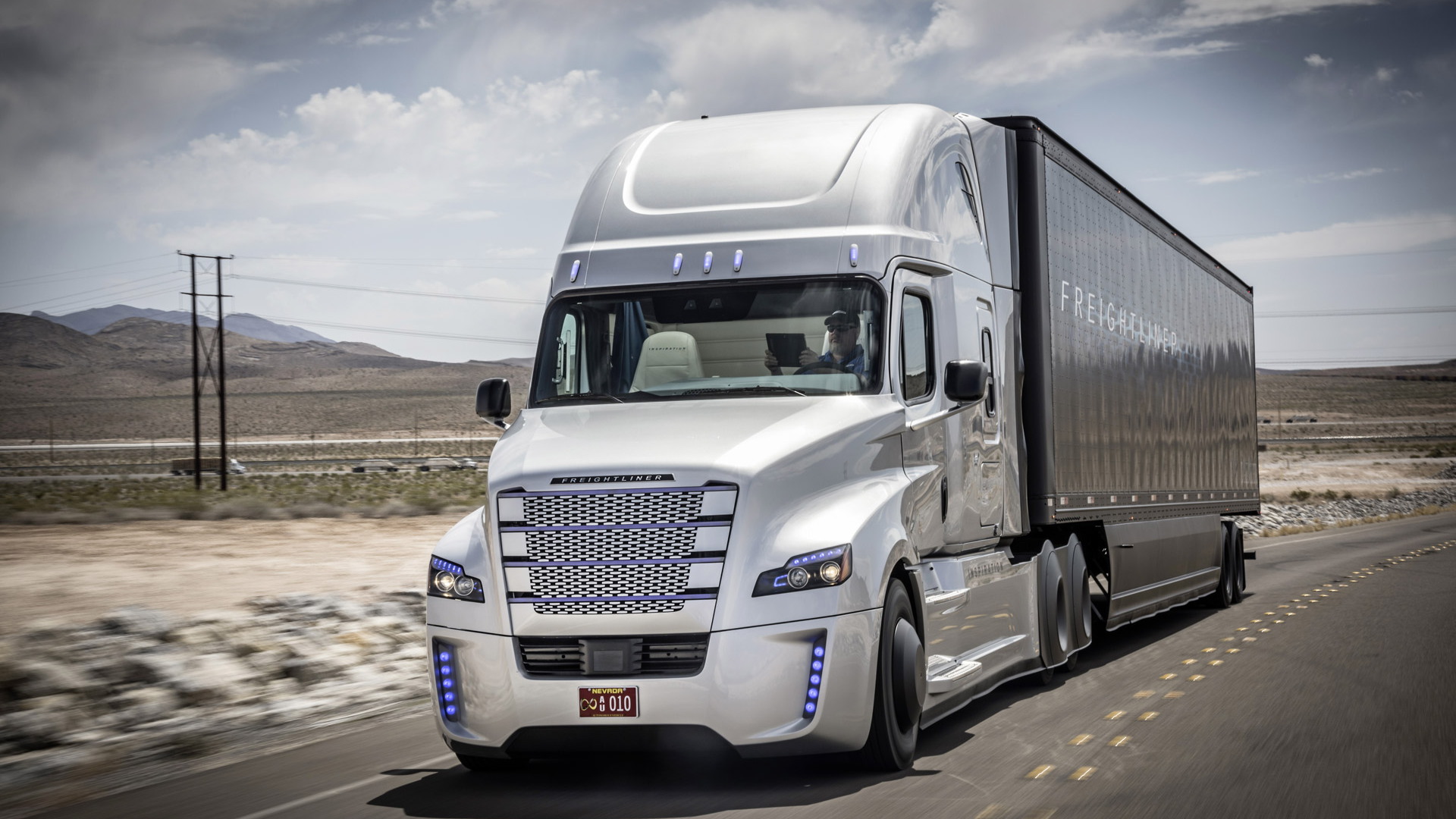 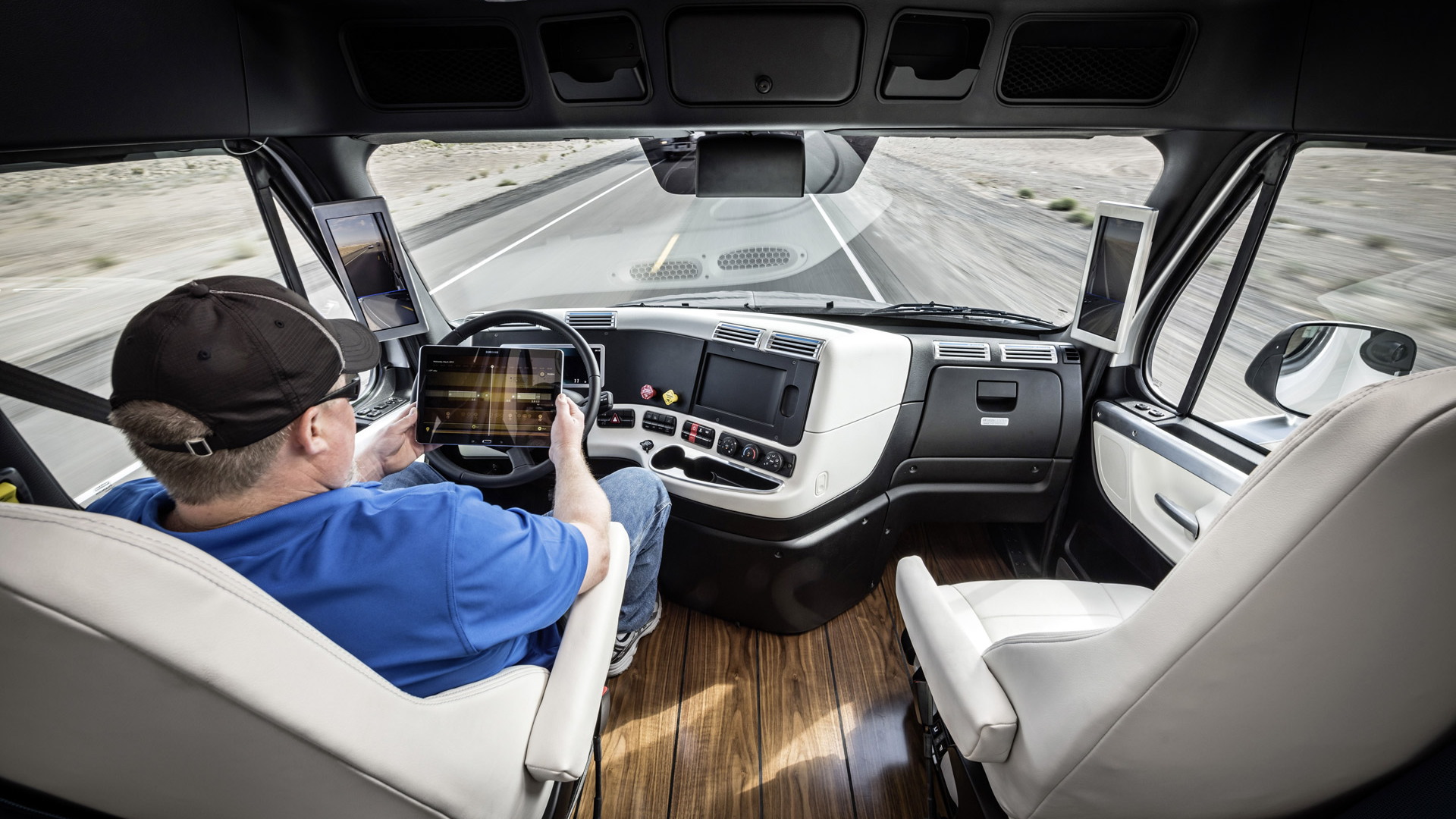 The future is coming up fast, with technologies that were once the domain of science fiction now being developed for commercial sale. Just last week Tesla Motors [NSDQ:TSLA] CEO Elon Musk announced new battery technology that has the potential to disrupt the energy industry, and now Daimler has started testing an autonomous truck in the state of Nevada.

Daimler, which controls a number of truck brands including the likes of Freightliner, Fuso, Mercedes-Benz and Western Star, and is the biggest manufacturer of cargo haulers in North America, has been granted the first autonomous truck license by Nevada, which allows a number of corporations to test self-driving vehicles on its roads. Until now, all of these licenses have been for cars.

And to demonstrate its leading autonomous truck technology, Daimler yesterday presented its Freightliner Inspiration Truck concept which took to a highway near Las Vegas and managed to drive itself—with Nevada governor Brian Sandoval behind the wheel. The latest concept is a follow-up to the Mercedes-Benz Future Truck 2025 unveiled late last year, which is being used to develop similar self-driving technology over in Europe.

The latest Freightliner Inspiration Truck features Daimler’s intelligent Highway Pilot system for autonomous driving, which is being developed with production in view and relies on technology developed for Mercedes-Benz’s passenger line of cars. For licensing on Nevada roads, the technology was further developed and had to undergo a series of tests including more than 10,000 miles on a dedicated circuit in Germany.

The Highway Pilot system comprises radar and stereo camera monitoring systems that look ahead up to 820 feet, and also relies on existing cruise control, lane-keeping and collision-prevention technologies—and right now it can only handle long-haul, highway situations. As soon as the Freightliner Inspiration Truck is safely on the highway, the driver can activate the system. It regulates the speed, applies the brakes and steers. The vehicle can then operate safely under a wide range of driving conditions—it automatically complies with posted speed limits, regu­lates the distance from the vehicle ahead or uses the stop-and-go function during rush hour.

However, the Freightliner Inspiration Truck does not initiate autonomous passing maneuvers. These have to be executed by the driver. The same is true for leaving the highway and changing lanes. The driver can deactivate the Highway Pilot manually and can take over at any time. If the vehicle is no longer able to process crucial aspects of its environment, e.g. due to road construction or bad weather, the driver is prompted to retake control well in advance. This means that the driver needs to remain alert and can’t nod off.

Another aspect of the Highway Pilot system is a feature that allows multiple Freightliner Inspiration Trucks to communicate with each other using radio waves. This way they can link up in ‘platoon’ fashion, allowing them to drive much closer to each other. Such platoon formations allow fuel-efficiency gains thanks to lower drag on each of the vehicles plus a more constant flow. Additionally, road capacity will also be able to be utilized more efficiently.

In addition to fuel efficiency gains, Daimler says the Highway Pilot system will also improve safety because it takes out much of the human error aspect of driving and it also relieves drivers from tiring and often monotonous long-distance routes, which today represents a major part of their workload. At the same time, drivers gain time for other tasks and for communicating with their environment.

The Freightliner Inspiration Truck is considered "level 3" on NHTSA's automation scale. That's the second-highest level of automation and means a vehicle is advanced enough to enable the driver to cede full control in certain traffic or environmental conditions. This brings the issue up of who’s responsible in case something goes wrong. This is one of the major hurdles for the launch of autonomous vehicles and will need to be sorted before we’ll see something like the Highway Pilot system on sale.