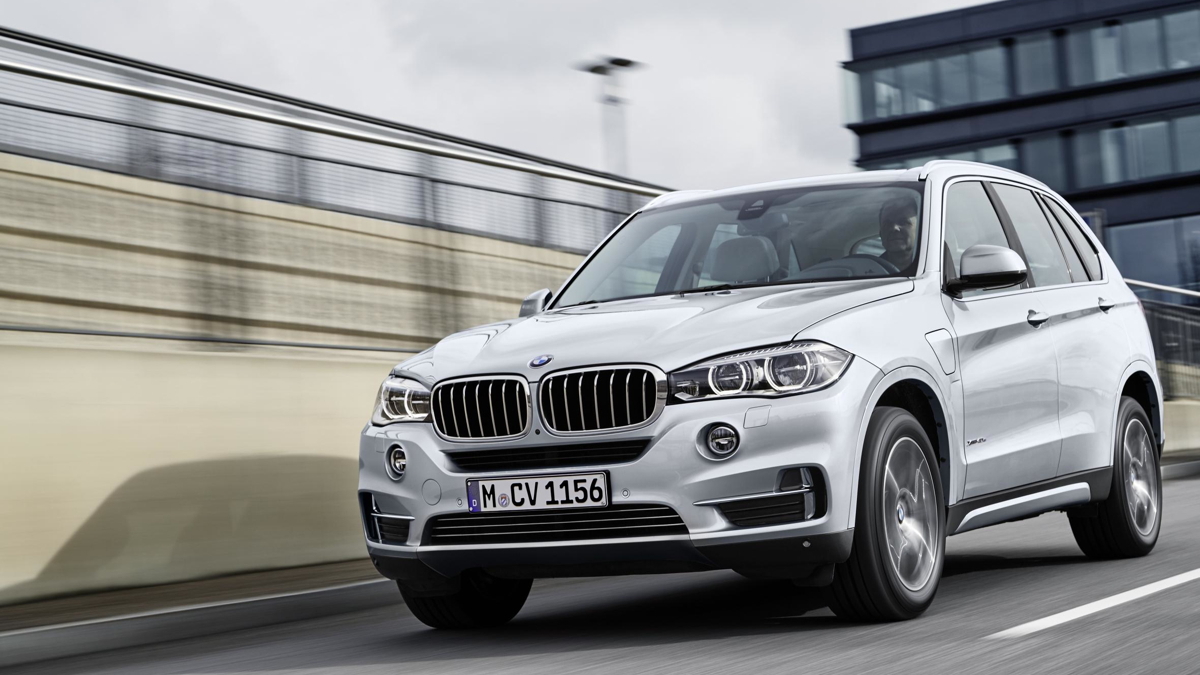 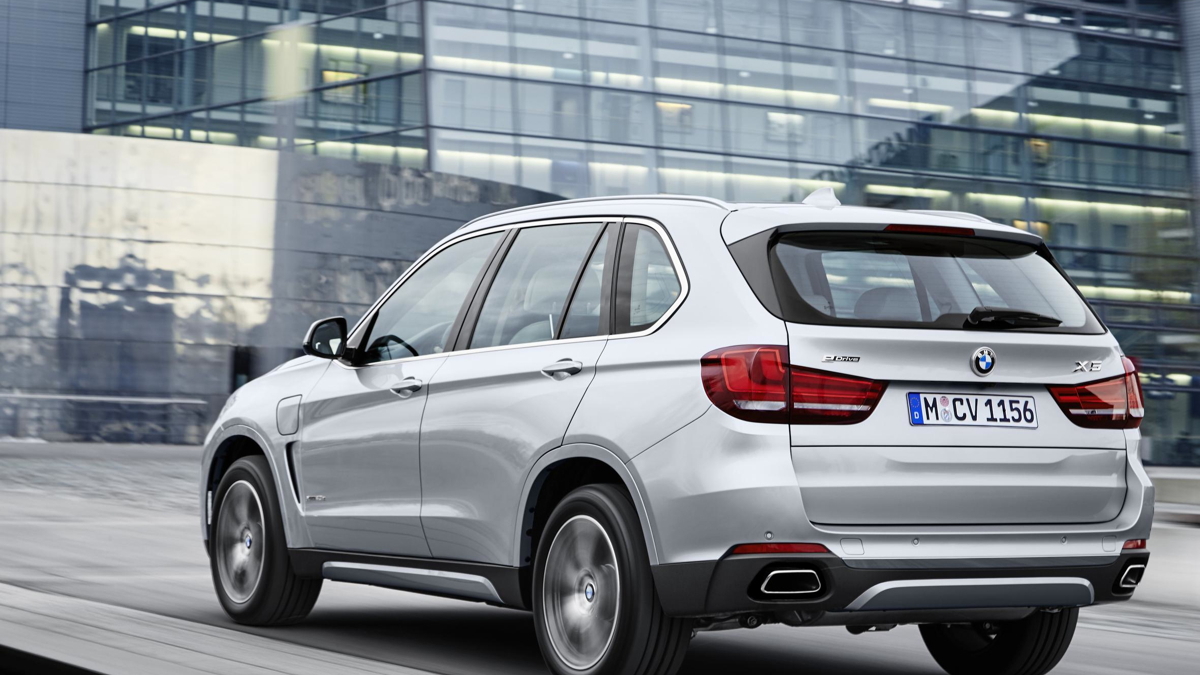 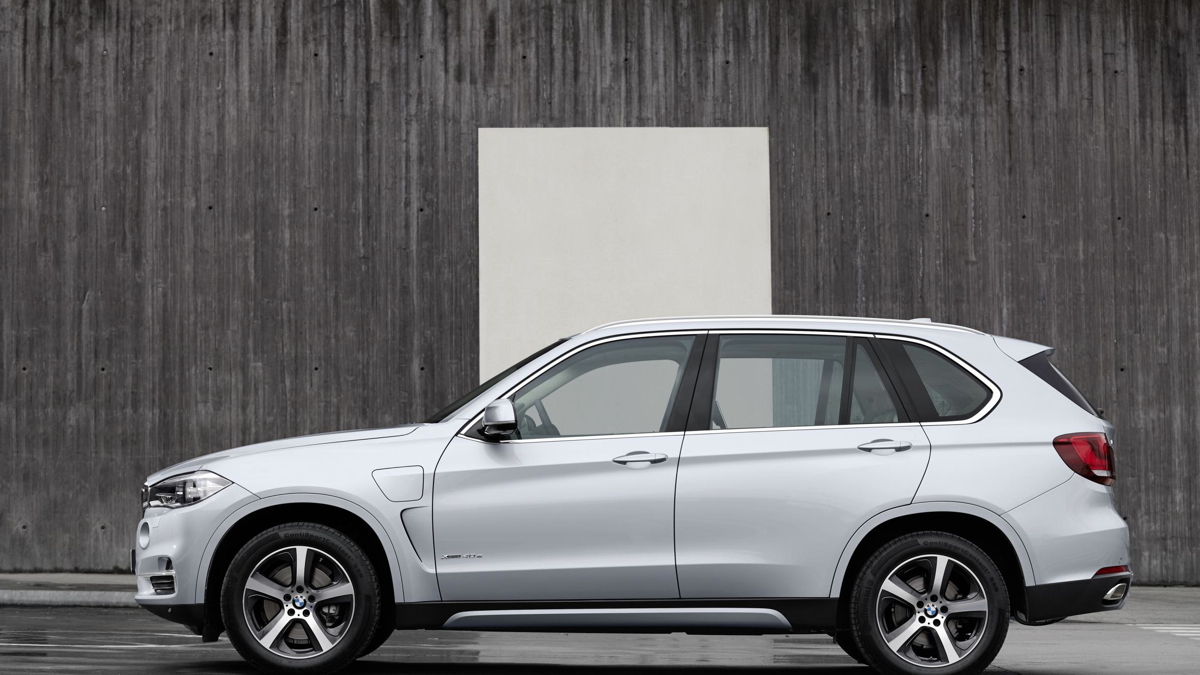 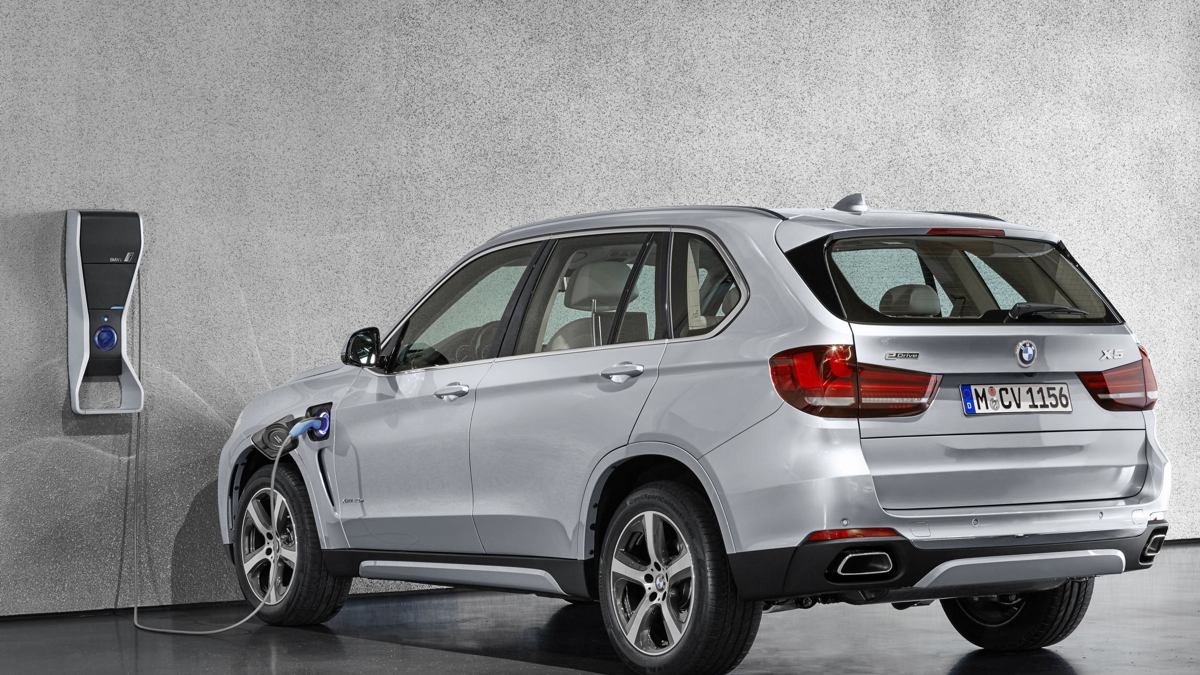 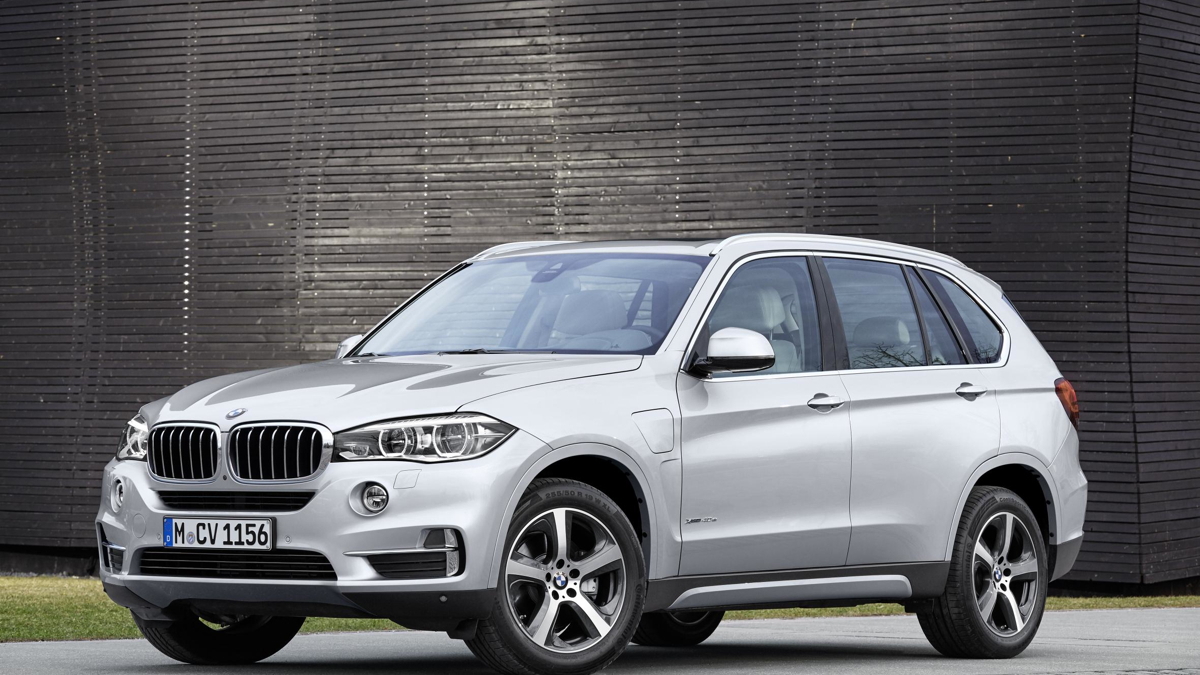 9
photos
After a series of concept versions, BMW has finally revealed its plug-in hybrid X5 in production trim. The vehicle makes its debut next month at the 2015 Shanghai Auto Show and should be on sale here in the U.S. in the fall, making it a 2016 model.

The vehicle is badged an X5 xDrive40e, suggesting its performance and pricing will fall somewhere between the 300-horsepower, $56,025 X5 xDrive35i and the 445-hp, $69,125 X5 xDrive50i. Full specs will be announced closer to the local launch but right now BMW says the new X5 xDrive40e will be good for a combined output of 308 horsepower and 332 pound-feet of torque—enough for 0-60 mph acceleration in a reasonable 6.5 seconds. Top speed is electronically limited to 130 mph.

The drivetrain consists of a turbocharged 2.0-liter four-cylinder engine paired with an electric motor integrated with the X5’s standard eight-speed automatic transmission. The X5’s all-wheel-drive system remains intact but can be run purely on electric power for short distances. This makes the X5 xDrive40e the first production BMW to combine the automaker’s xDrive all-wheel-drive system with an electric setup. The gasoline engine produces 241 hp and 258 lb-ft on its own, while the electric motor is rated at 111 hp with 184 lb-ft.

But it’s economy that’s the real star with the X5 xDrive40e. EPA gas mileage is an estimated 55 mpge, and in electric-only mode owners can expect a driving range of approximately 13 miles and a top speed limited to 75 mph. The battery is a 9-kilowatt-hour lithium-ion unit, and is housed below the trunk. Charging can be done on the run thanks to brake energy regeneration, or a regular power outlet when the vehicle is stationary. Special apps will make it easier to find a parking space or locate and book one with charging facilities. A full charge takes close to four hours with an ordinary outlet or as little as 2 hours and 45 minutes with BMW’s i Wallbox fast charger.

DON'T MISS: This Moron Left The Driver’s Seat In A Self-Driving Infiniti Q50 On The Highway: Video

When behind the wheel of the X5 xDrive40e, there are some vehicle-specific driving modes that can be selected to suit various situations via an “eDrive” button on the dash. In the “AUTO eDrive” basic setting, both the engine and electric motor work as necessary, with power boosted to noticeable effect when accelerating or during quick bursts of speed. Alternatively, the “MAX eDrive” mode can be engaged, enabling the vehicle to run purely on electric power. The “SAVE Battery” mode can also be activated at the touch of a button, causing the battery’s state of charge to be maintained or allowing energy to be regenerated. In this way, electrical energy can be deliberately conserved for electric-only driving later in the journey.

This year’s Shanghai Auto Show gets underway April 20. To see what else will be at the show, head to our dedicated hub.