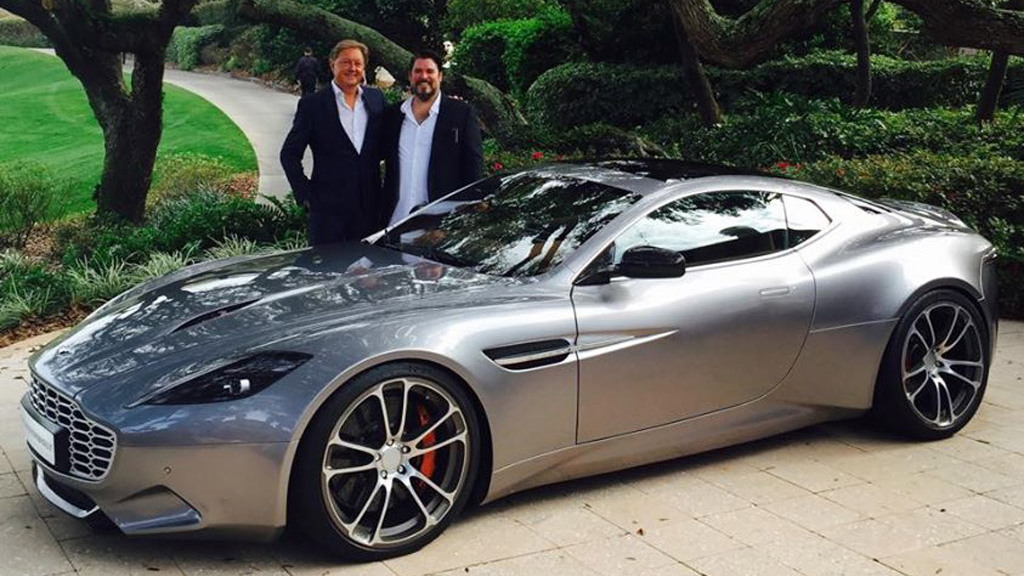 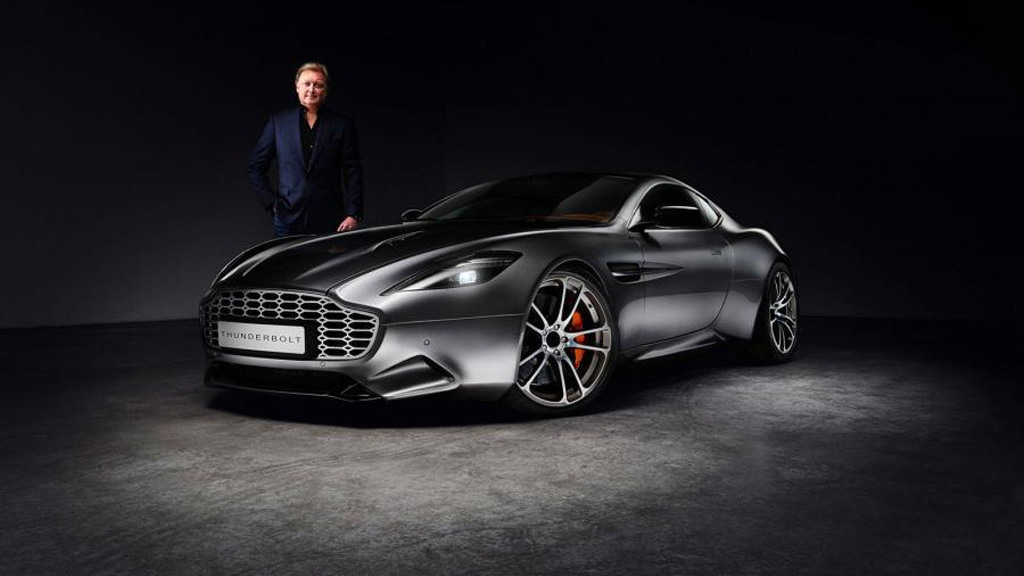 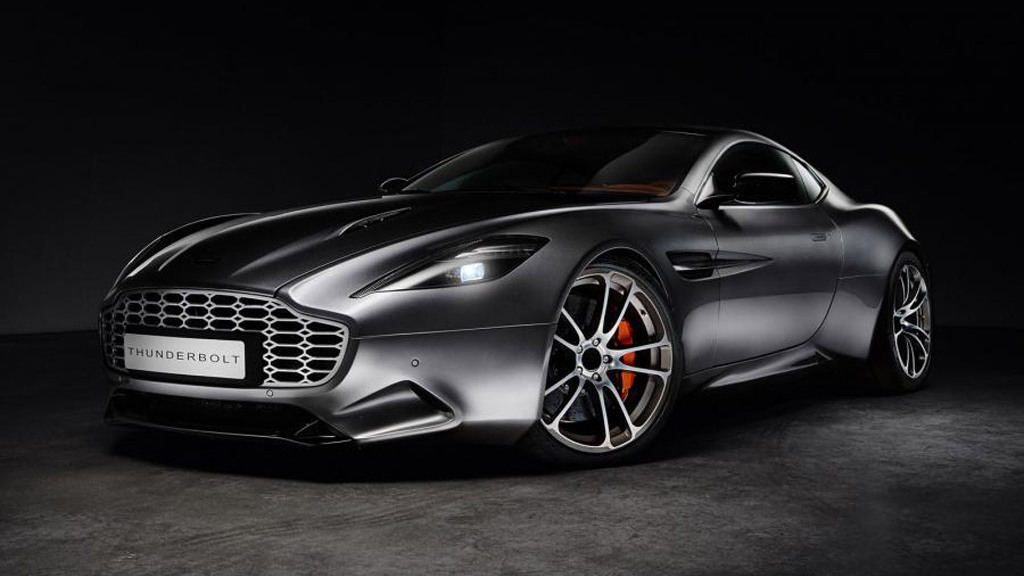 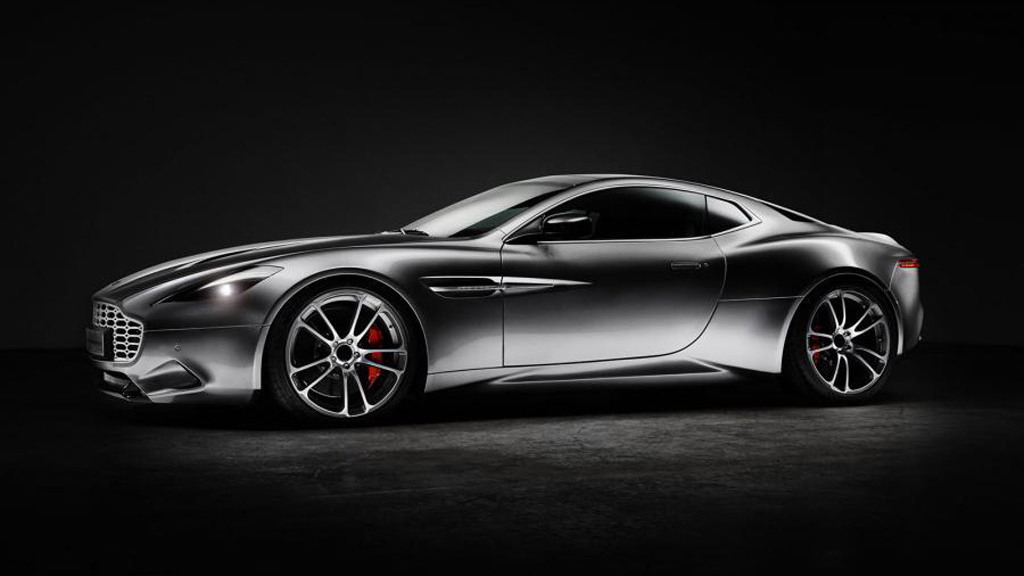 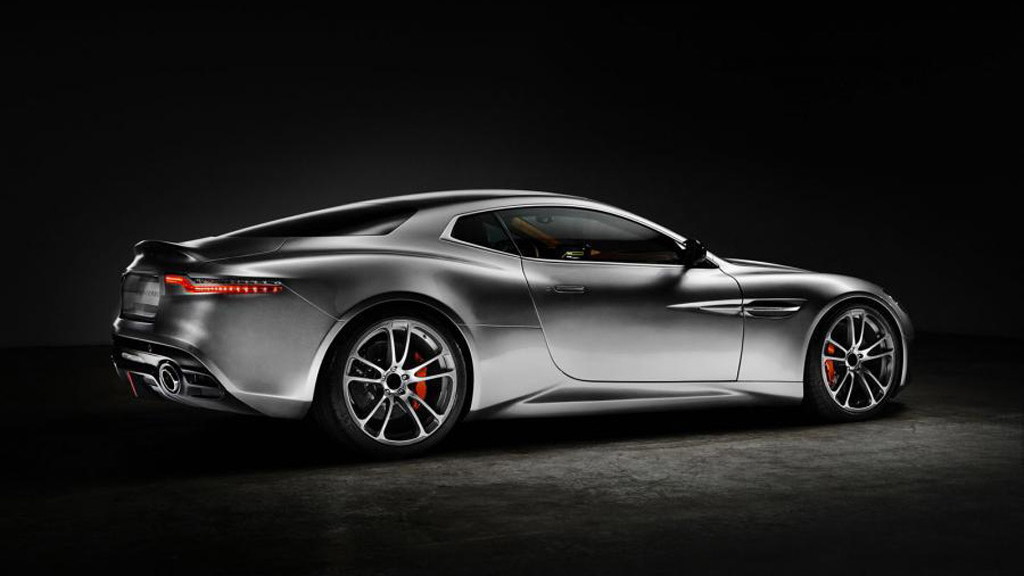 If you ever wondered what the latest Aston Martins may have looked like if Henrik Fisker was still penning them—recall that Fisker helped design the current DB9 and Vantage—then wonder no more as the Danish designer and entrepreneur, who is now running his own design firm, HF Design, has created a new car based on the bones of the Vanquish supercar. The new car is called the “Thunderbolt”, and officially it’s still a concept though a limited production run could—and likely will—be initiated, just ass we saw with Fisker’s Rocket baed on the Ford Motor Company’s [NYSE:F] latest Mustang.

Fisker unveiled the Thunderbolt at this weekend’s 2015 Amelia Island Concours d’Elegance, where he described the car as a “powerful GT coupe” and said it was his “personal interpretation” of how his own Vanquish coupe could look like. And like the previous Rocket, Fisker unveiled the Thunderbolt for the first time together with Galpin Auto Sports, whose chief, Beau Boeckmann, was also at the Amelia event. Both Boeckmann and Fisker are featured in the main image above.

The Thunderbolt’s new body is almost completely carbon fiber, with renowned concept car builder GFMI Metalcrafters of Fountain Valley, California called in to help build it. Should production go ahead, GFMI is likely to remain responsible for the body while the men and women at Galpin add performance and interior upgrades.

Key elements of the design include the powerful hood, blade-like tail-lights, wraparound rear window and aggressive aluminum grille. Some performance upgrades include lowering the standard ride height of the car by 15 millimeters and fitment of 21-inch alloy wheels.

Inside, the changes are no less dramatic. Among its range of new appointments, the Thunderbolt features the world’s first application of Panasonic’s 11.6-inch ‘Curved Control Screen’ which is designed in a way that it helps reduce glare. The interior also features premium leather from furniture brand Natuzzi, a chronograph clock from Swiss watchmaker Maurice Lacroix, and a special bottle holder perfect for some Champagne or wine.

"I wanted to create an elegant beautiful GT sports coupe, with pure emotional sculpture, that would stay timeless,” Fisker said of the design.

Anyone interested in commissioning their own Thunderbolt should contact Galpin. It should be noted that some changes will need to be made to the design to ensure the car is road legal. According to Galpin, the production Thunderbolt will need a revised front end similar to that shown on the red car below. The production version would also feature a simplified interior devoid of the curved Panasonic screen, which is actually a prototype unit.