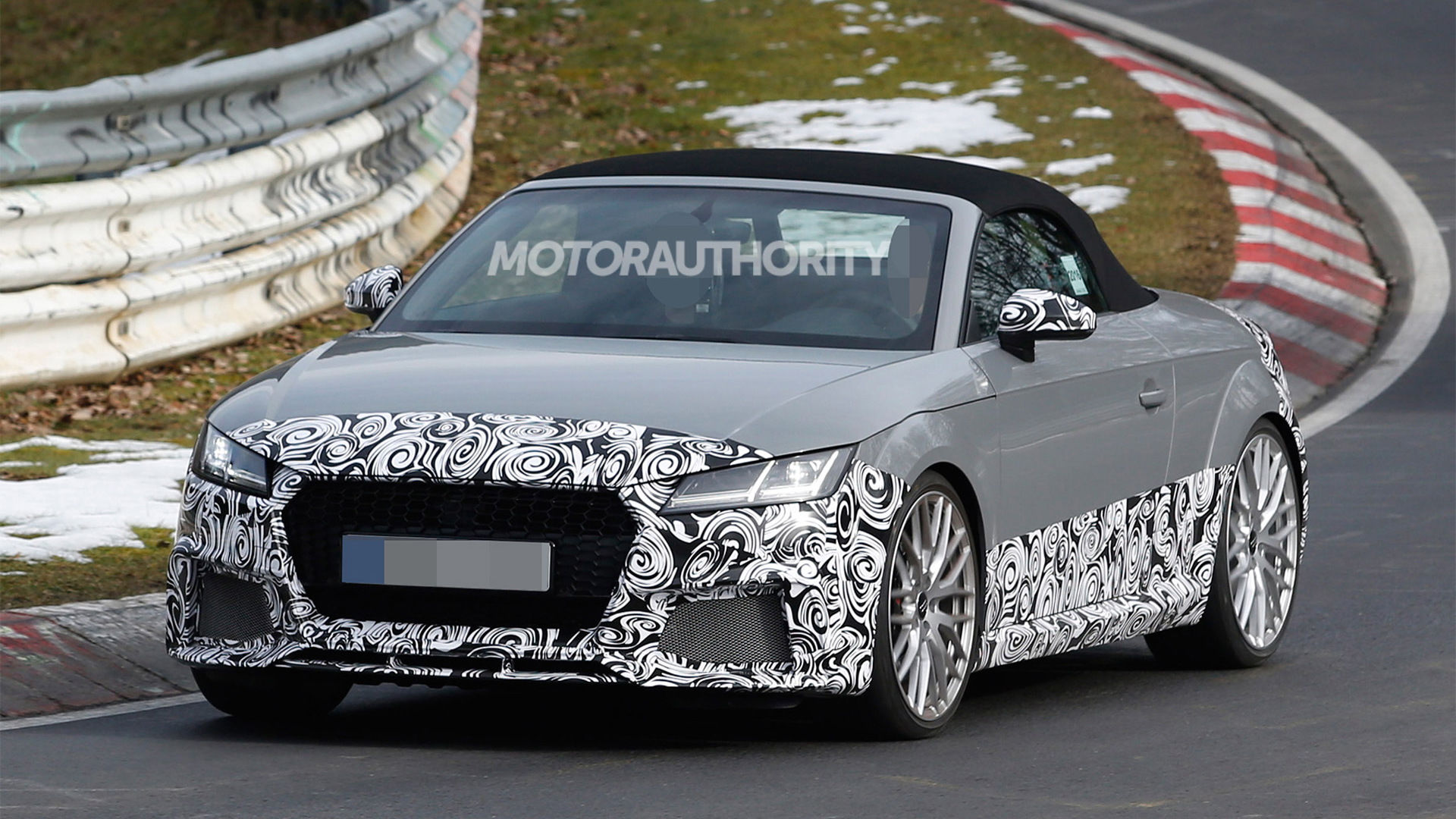 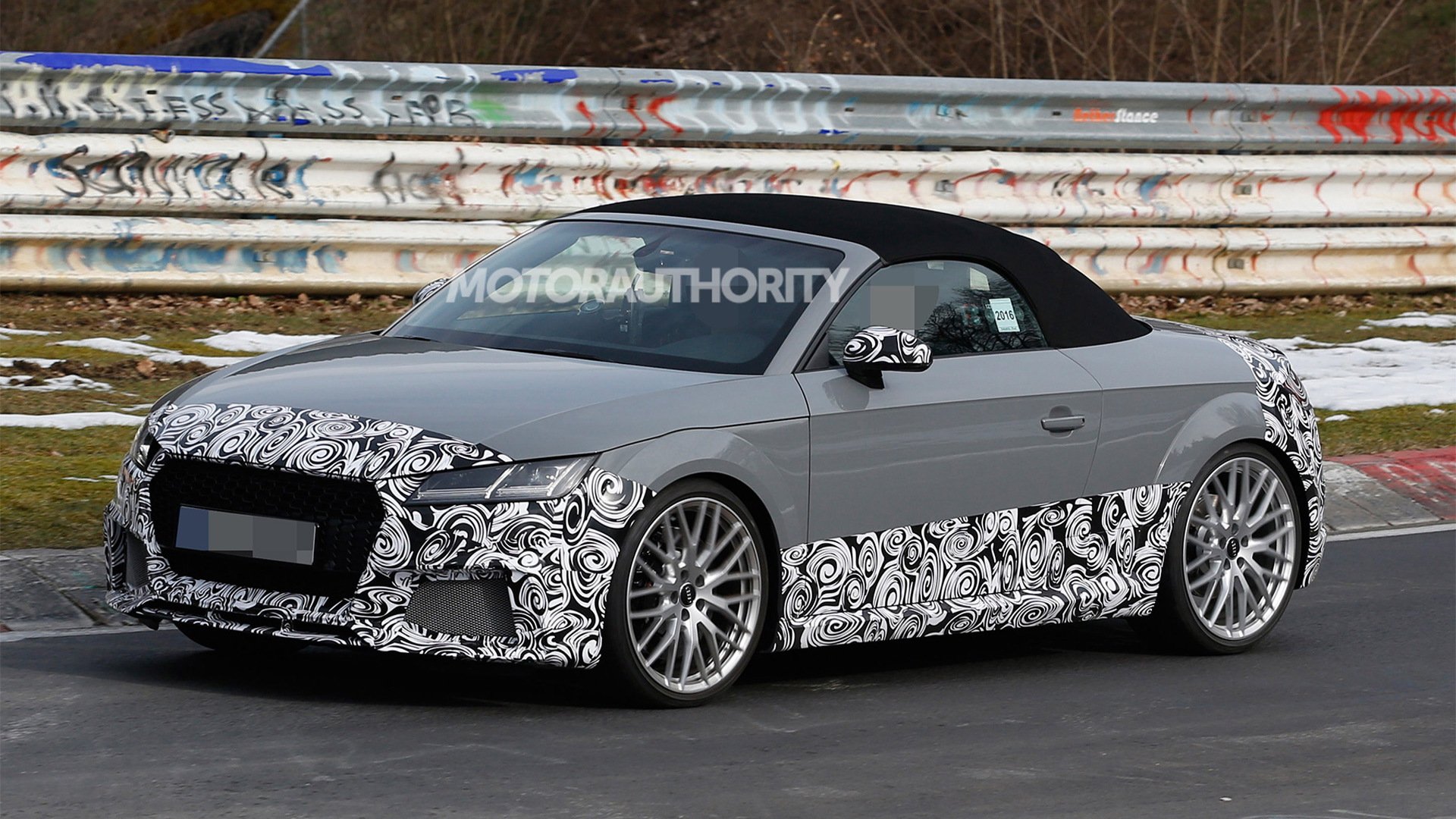 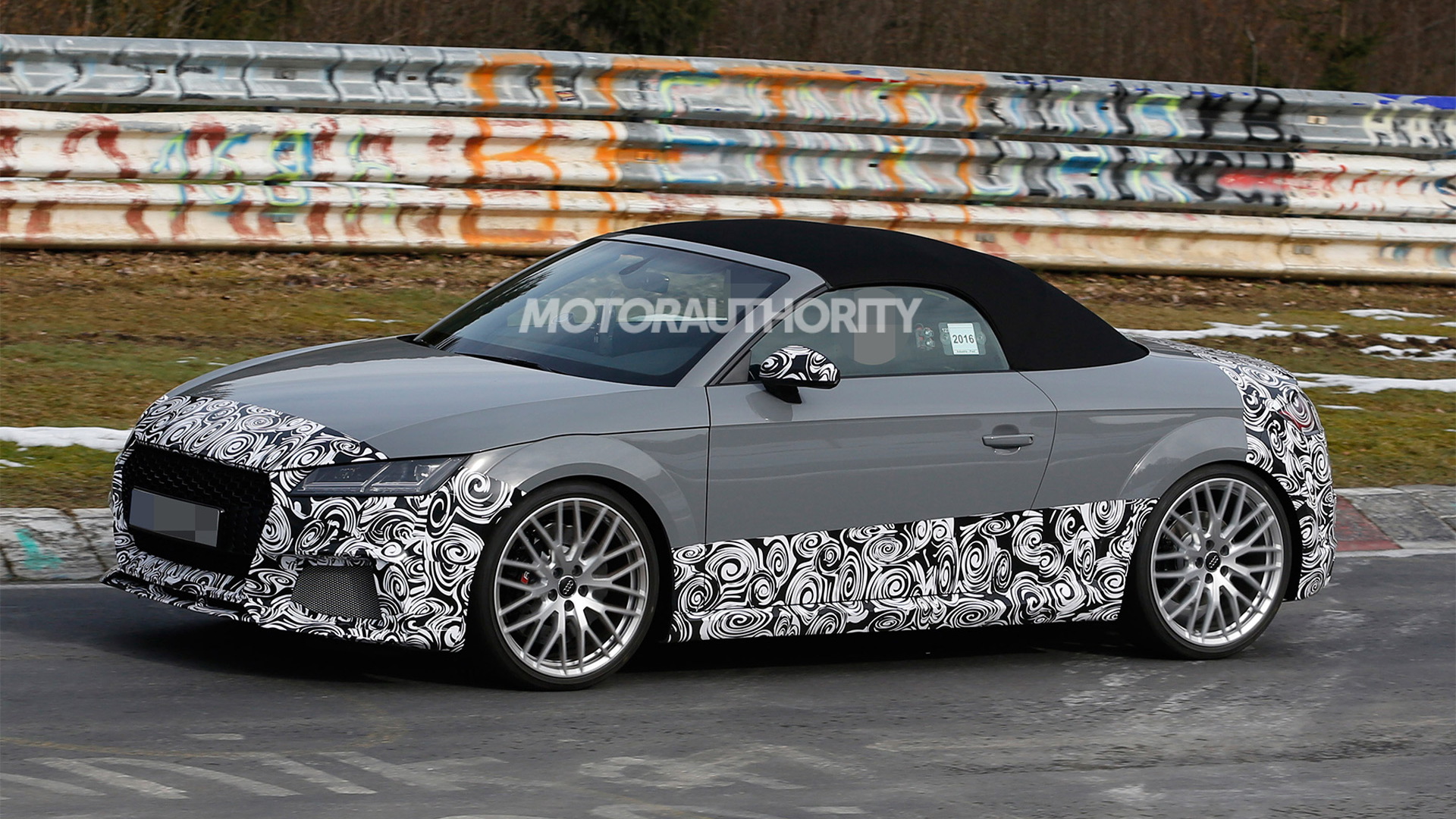 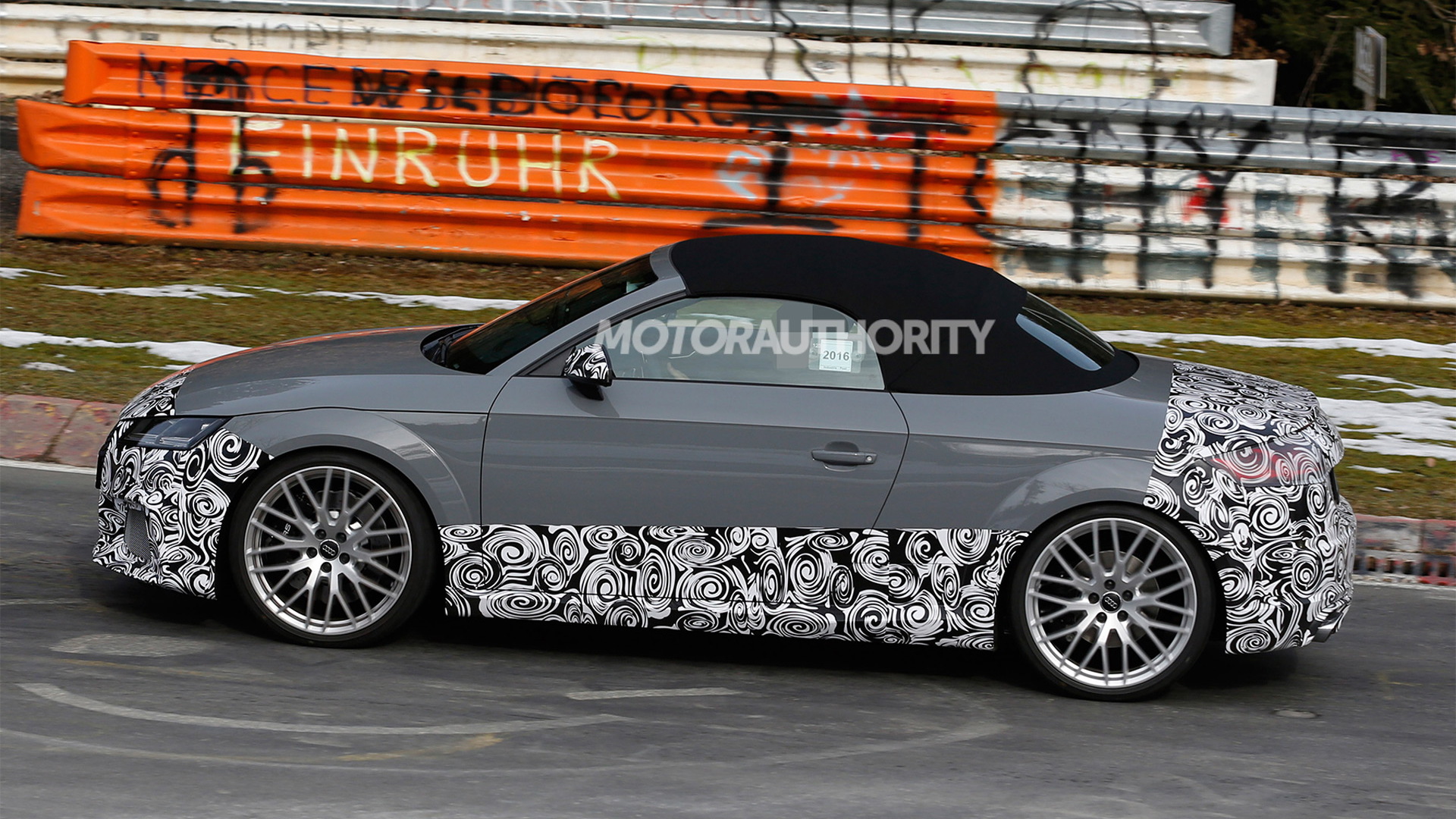 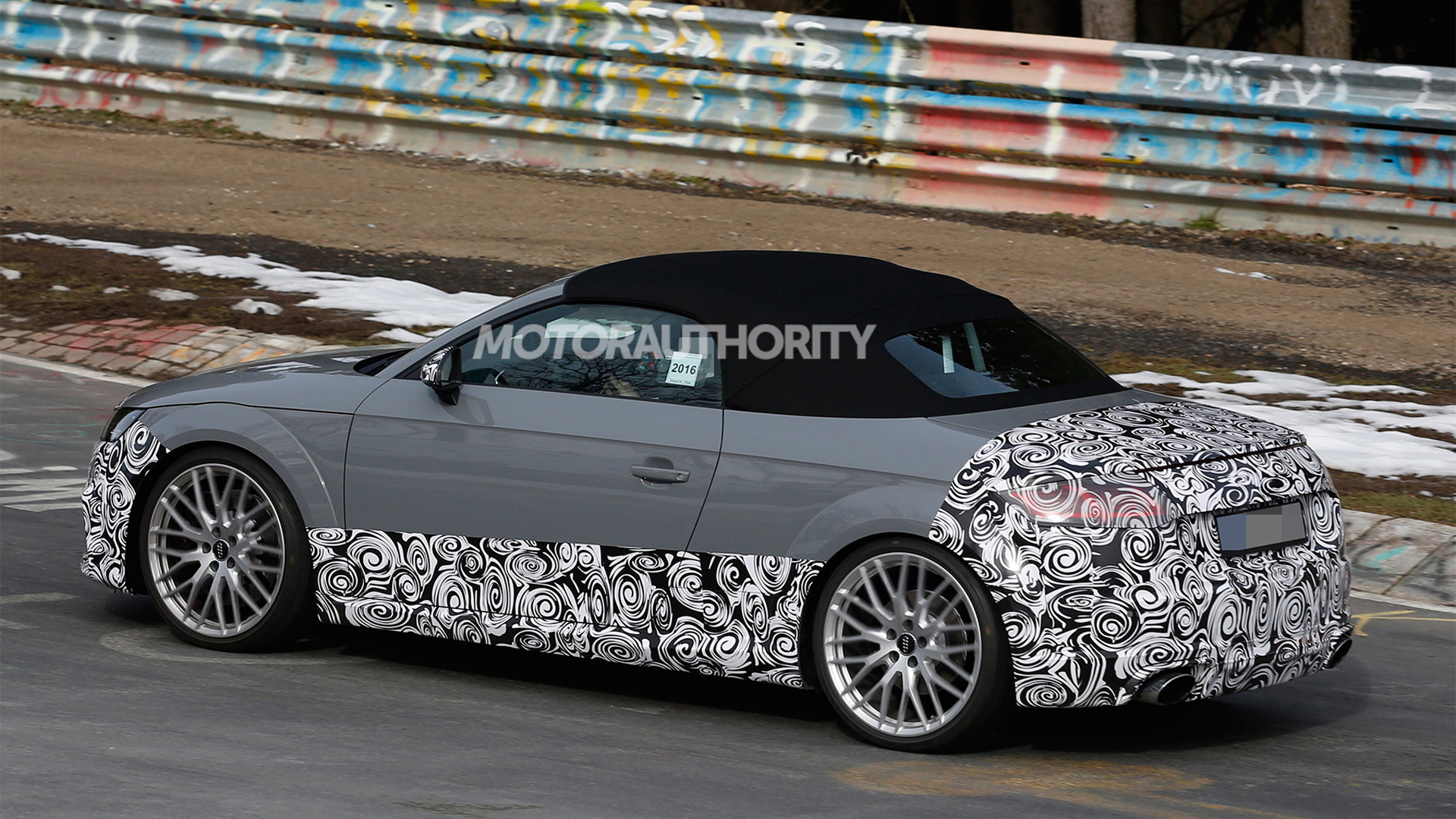 Thanks to the relatively warm winter in Europe, the Nürburgring test season has started a little early and one of the first prototypes out stretching its legs is the open-top version of Audi’s second-generation TT RS.

The new TT RS is almost ready for its auto show debut as prototypes have been spotted in the wild without any camouflage gear.

This TT RS Roadster prototype is still partially disguised but the shot below showing the coupe gives us an idea of what’s to come.

Apart from its roof, the TT RS Roadster should be identical to the coupe. Look for a turbocharged 2.5-liter inline-5 mated to a 7-speed dual-clutch transmission under the hood. Peak output could be close to 400 horsepower. The previous car had 360 hp.

The roof system on the latest TT Roadster is a conventional soft-top that requires about 10 seconds to open or close and can be operated at speeds of up to 31 mph. When closed, Audi says the roof doesn’t encroach on the car’s 9.9 cubic feet of trunk space.

The debut of the new TT RS, in both coupe and convertible bodystyles, is expected later this year ahead of a sales launch in early 2017.