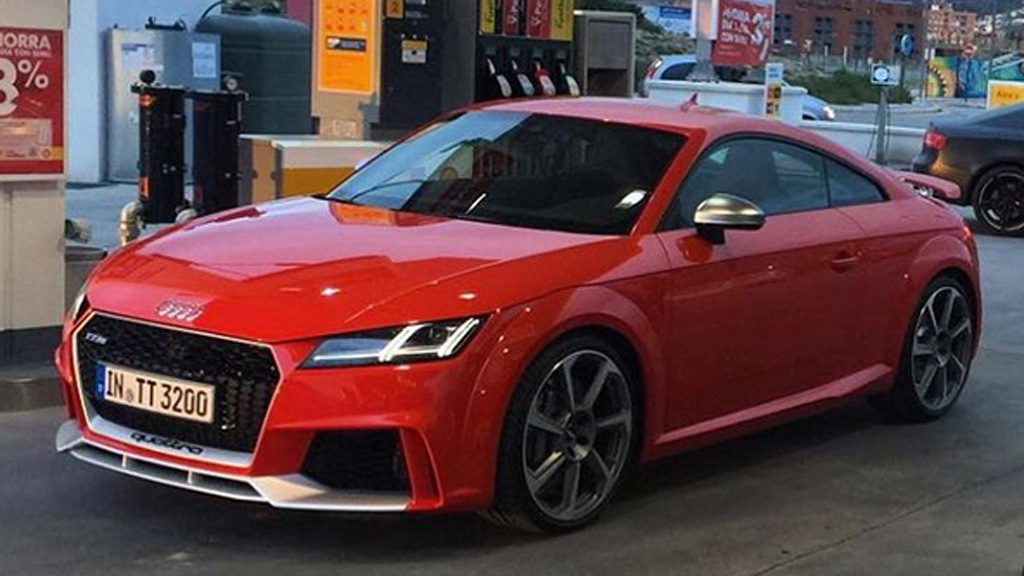 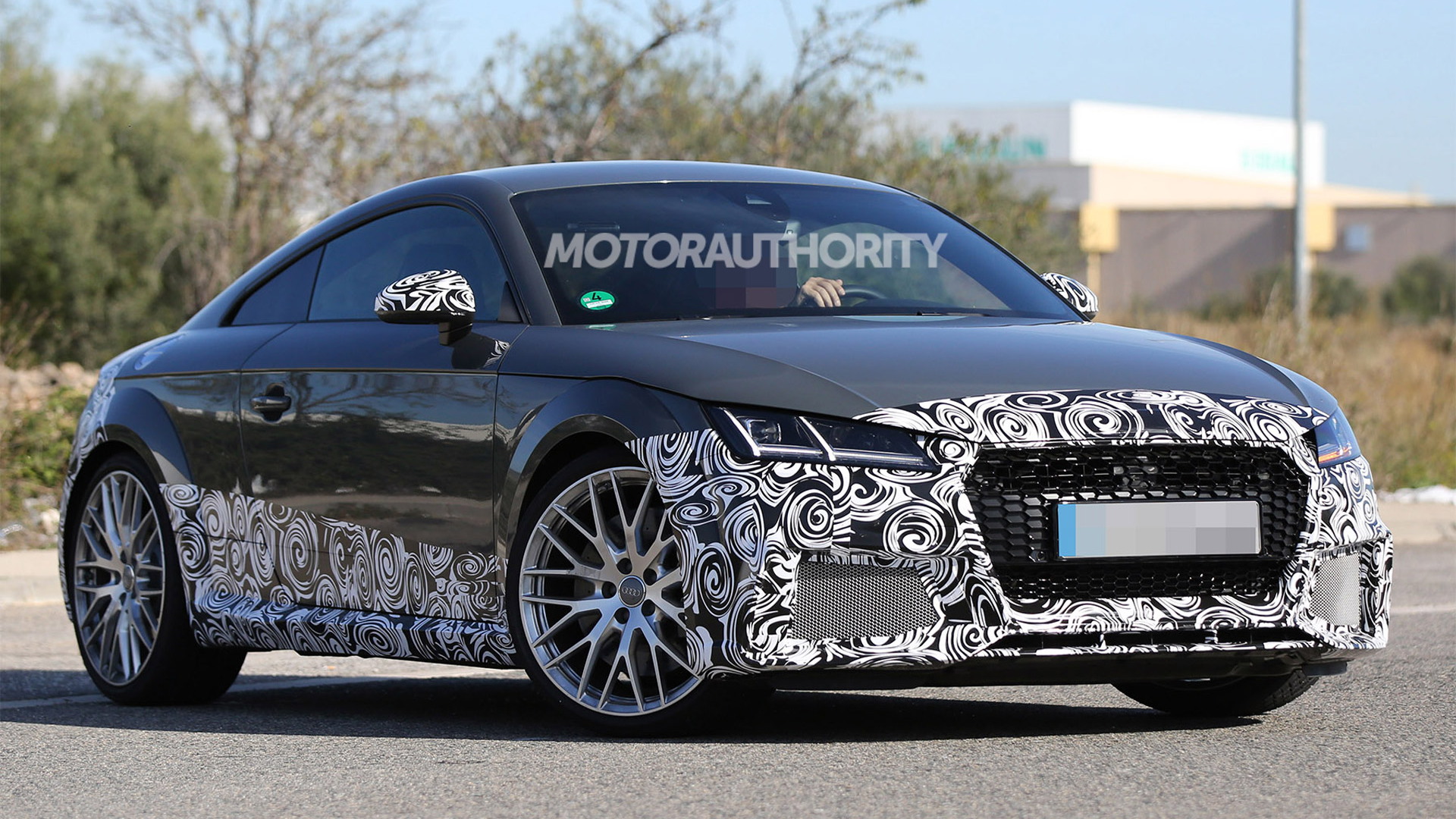 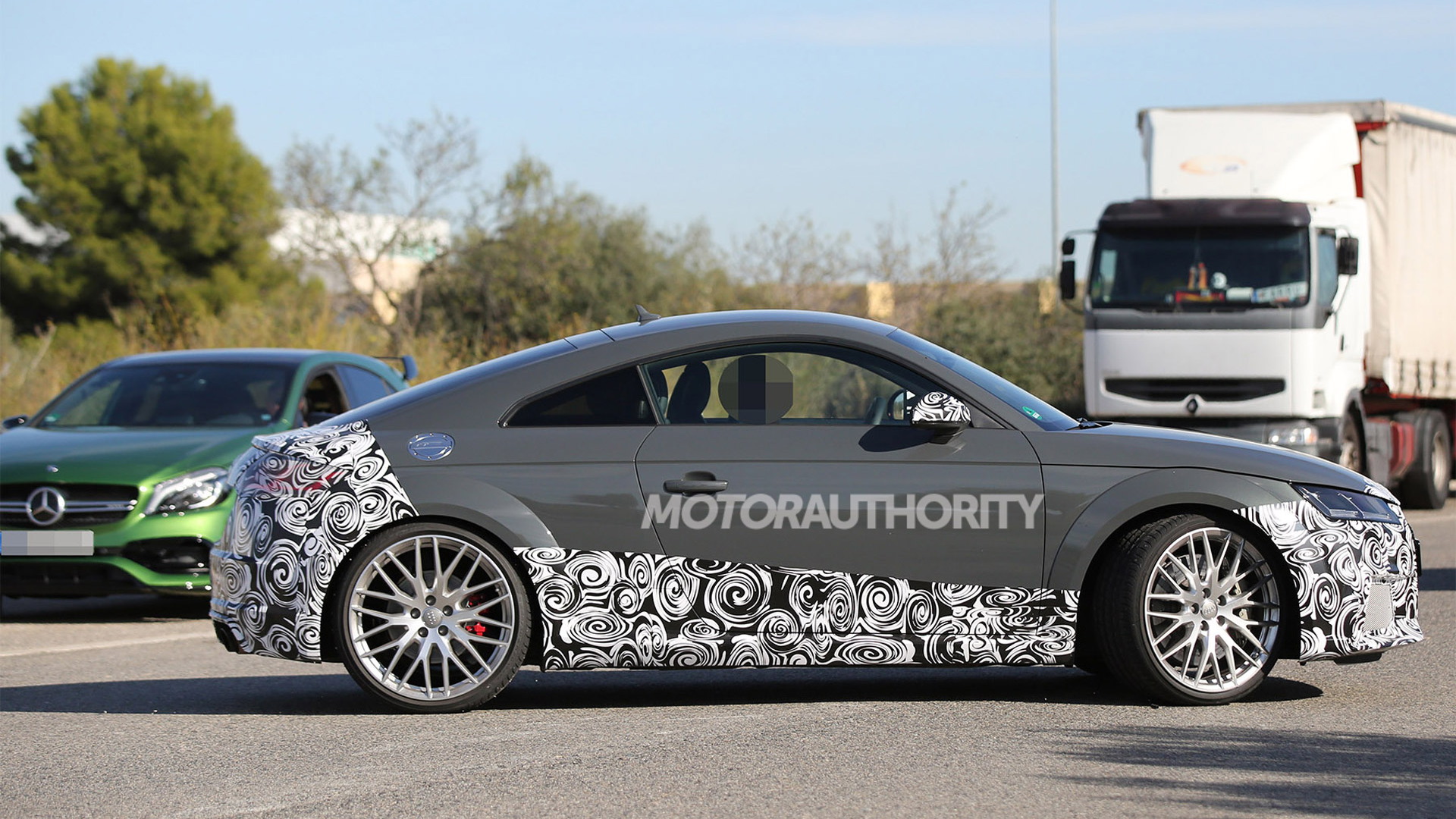 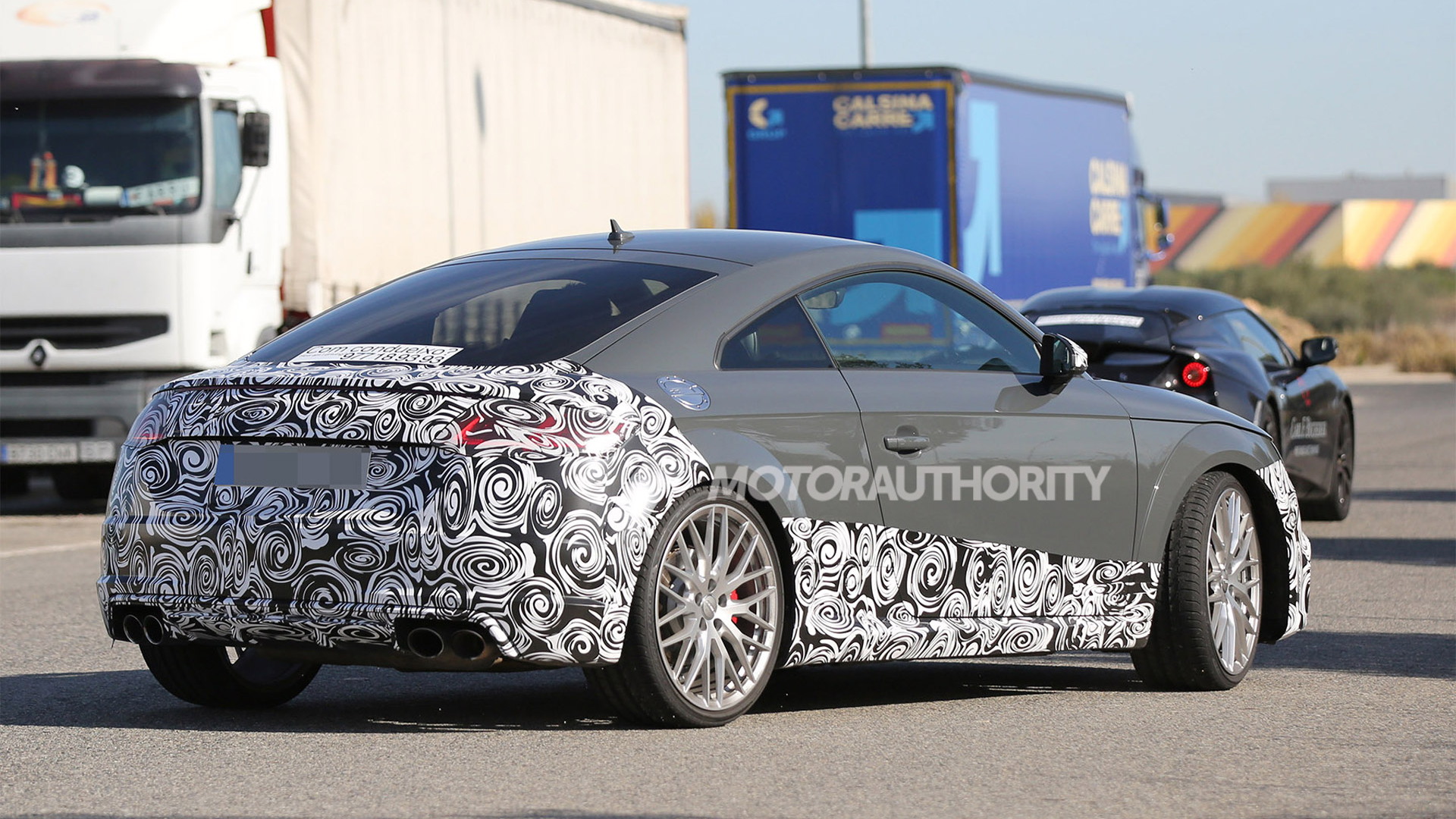 Following the successful launch of the new R8 supercar, the next high-performance model from the Audi Sport division will be a new TT RS.

The car isn’t due for its world debut until later this year but a completely undisguised version has been spotted.

This photo, from Instagram user autogespot_spain, was taken at a gas station in Granada. It reveals the aggressive bumper of the new TT RS, which was always covered in camouflage gear in previous spy shots.

The basic formula of the new TT RS will be much the same as the previous model, which we found to be a very impressive car. Power will come from a turbocharged 2.5-liter inline-5 and will be sent to the ground via a standard quattro all-wheel-drive system. Peak output should eclipse the 360 horsepower of the previous model—we think it will be up around 400 horses.

One key difference between the new car and its predecessor, we’re hearing, will be the lack of availability of a manual transmission. Yes, the new TT RS is thought to be coming exclusively with a 7-speed dual-clutch transmission.

A reveal shouldn’t be far considering the car is out and about sans any disguise. Sales in the United States, though, aren’t expected to start until early next year. Note, if you’re the type that just can’t live with a small sports coupe, the TT RS’s mechanical package will be offered up in a new RS 3 sedan that’s also U.S.-bound.