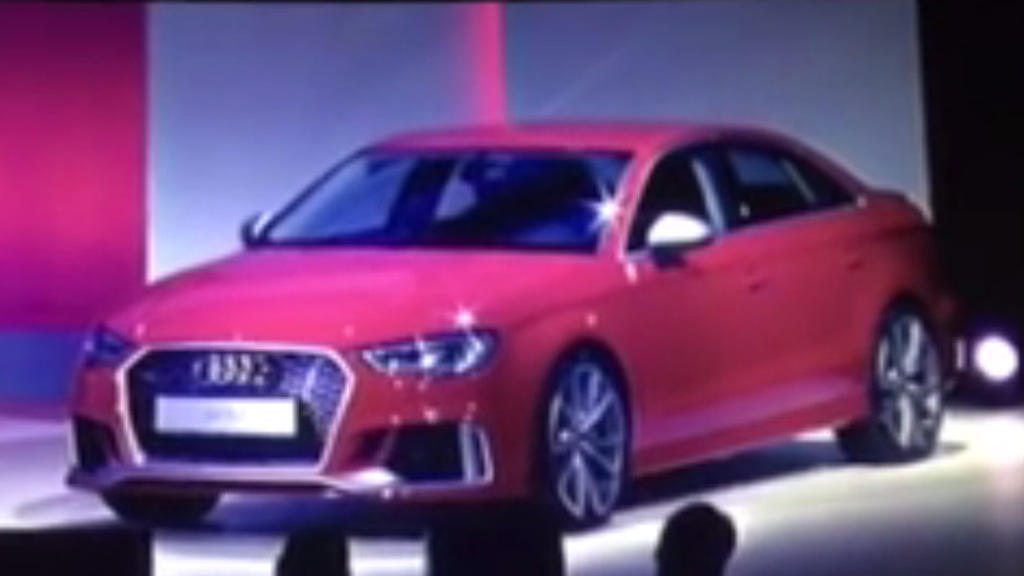 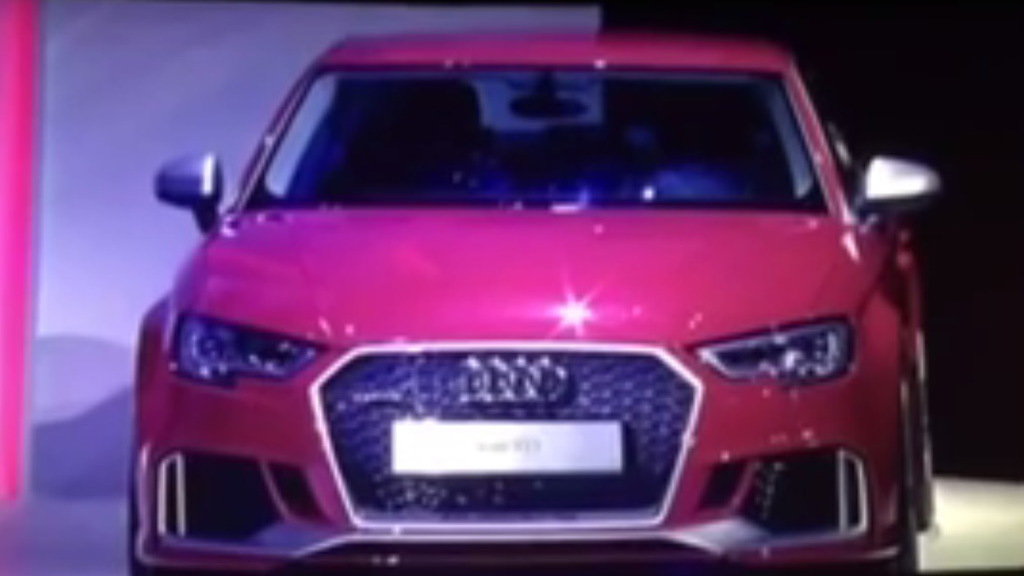 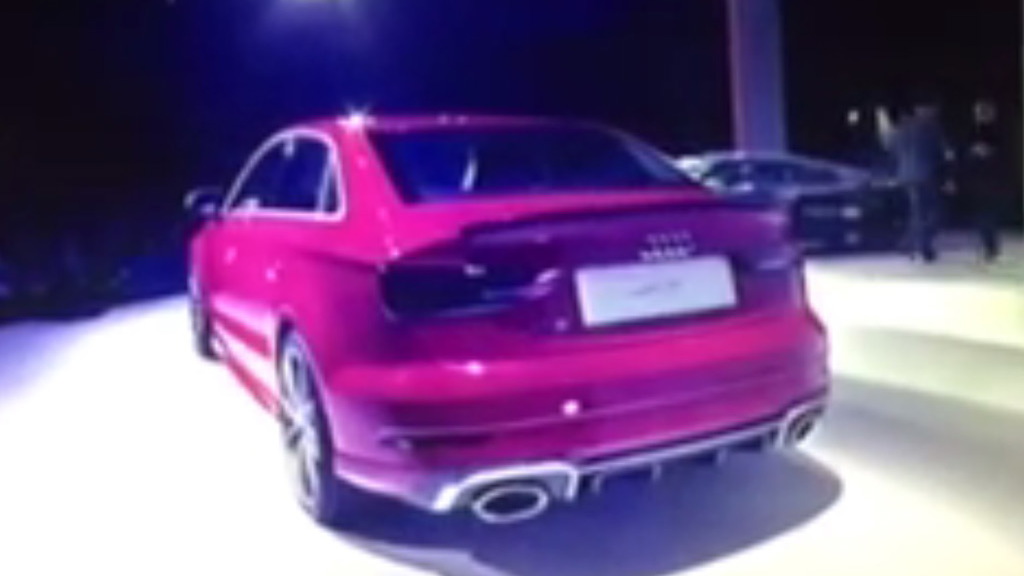 The United States may have missed out on previous generations of the RS 3 but that won’t be the case with the latest model. Audi’s local chief Scott Keogh confirmed the arrival of the RS 3 on these shores one year ago.

Part of the reason we never saw the RS 3 is because it has always been offered exclusively with the A3’s five-door Sportback bodystyle. But a sedan bodystyle will be launched once the current RS 3, along with the rest of the A3 range, undergoes a mid-cycle update in the next 12 months or so.

We now have our first look at the RS 3 sedan, which we’re expecting to be introduced here next year, as a 2018 model. A video taken during a dealer presentation of the new sports sedan recently surfaced on YouTube. The video has been removed but not before the team at World Car Fans was able to snag some screen shots.  The shots reveal a number of signature RS styling cues such as pumped fenders, oval-shaped exhaust tips and an aggressive front bumper.

We expect this RS 3 sedan to be packing the same mechanical package as the current RS 3 Sportback, albeit in updated form. Among the updates is believed to be more power to better match the 375 horsepower of the latest compacts from Mercedes-AMG. The current RS 3 Sportback features a turbocharged 2.5-liter five-cylinder engine that delivers 362 horsepower, and as much as 400 horses have been hinted for the update.

The current RS 3 Sportback also has a seven-speed dual-clutch transmission and Quattro all-wheel-drive system. With 362 hp on tap, the car sprints to 62 mph from rest in just 4.3 seconds. Should more power be added for the updated model, we could see that number drop even lower. As for pricing, expect a starting figure of around $50k, which matches the starting price of rivals like the BMW M2 and Mercedes-AMG CLA45.

Note, the leaked shots also hint at some of the changes we can expect for the A3’s mid-cycle update. We can clearly see the new designs for the headlights and single-frame grille.