Honda has the NSX, Nissan has the GT-R and both Mazda and Toyota have rolled out concepts previewing new generations of their respective RX-7 and Supra nameplates.

Not wanting to be left out, Subaru is considering its own halo sports car, a possible spiritual successor to the SVX sold briefly during the 1990s.

According to the latest reports, Subaru is doing more than just mulling such a car. Car and Driver reports that engineers are already driving a test mule in Japan—a test mule for a mid-engine model with hybrid power.

However, Subaru is yet to give the green light as the final form of the car is yet to be determined, with management said to be torn between a traditional coupe and a sporty hatch like the Viziv GT concept created for the Gran Turismo video game series in 2014.

“Whether the end result will be a two-door sports coupe or some kind of sports crossover/[crossover utility vehicle] is still in the evaluation stage,” an insider is quoted as saying. “A coupe seems more likely, though.” 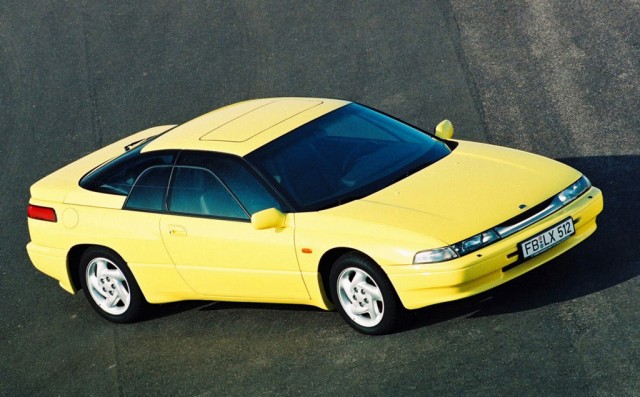 According to Car and Driver’s source, Subaru engineers are using the makeshift body of a BRZ to hide the new mechanicals. Those mechanicals are said to include a modified version of the new Subaru Global platform, plus a turbocharged 1.6-liter 4-cylinder engine to power the rear wheels and two electric motors to spin the front wheels.

The setup is similar to what BMW used for its i8 plug-in hybrid sports car. It creates a “through-the-road” hybrid all-wheel-drive system, which in reverse (electric motors at the rear and internal combustion engine at the front) will feature in regular models from Subaru's future lineup. In the new sports car, peak output will likely hover around 330 horsepower.

It’s possible Subaru will unveil a concept to gauge the public’s reaction before giving the green light for production.