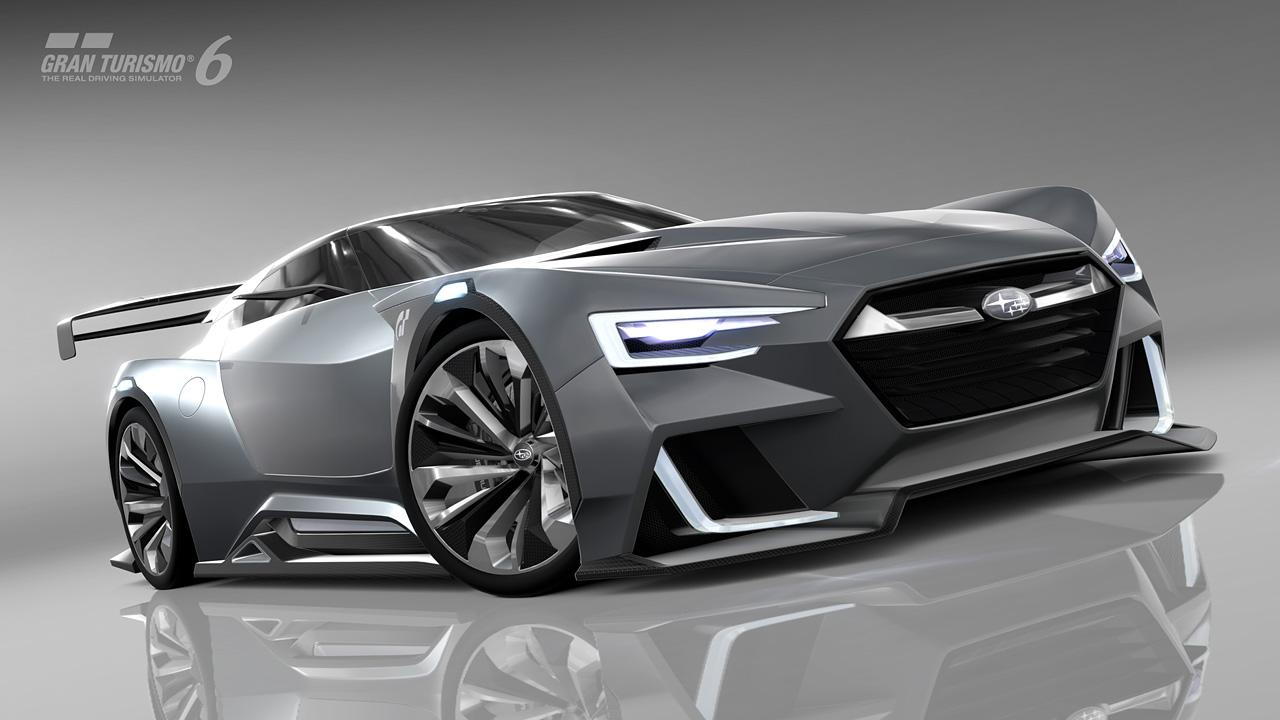 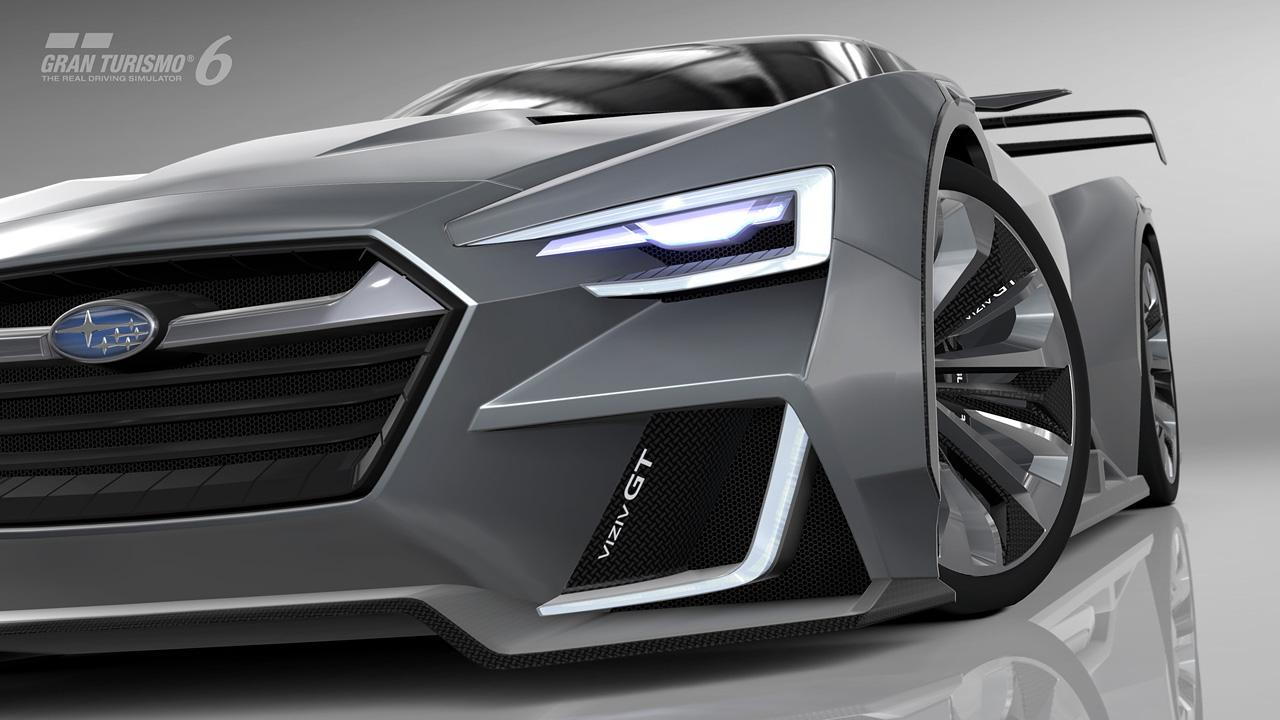 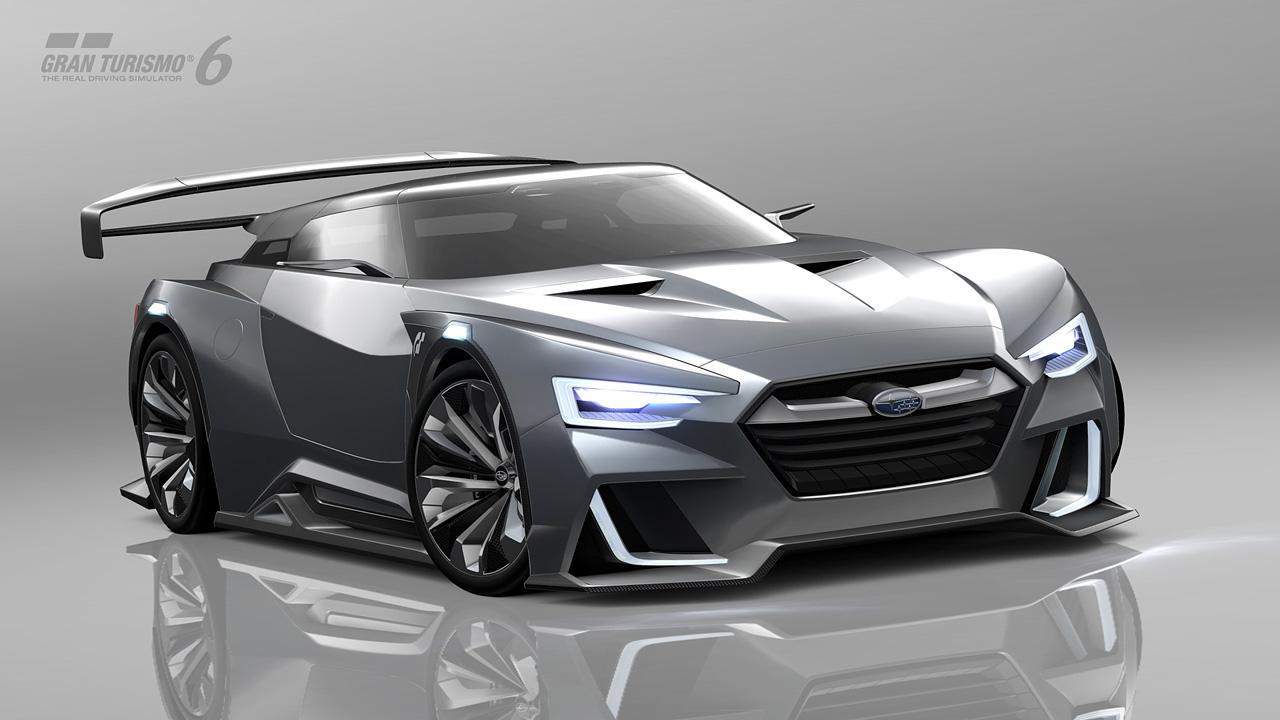 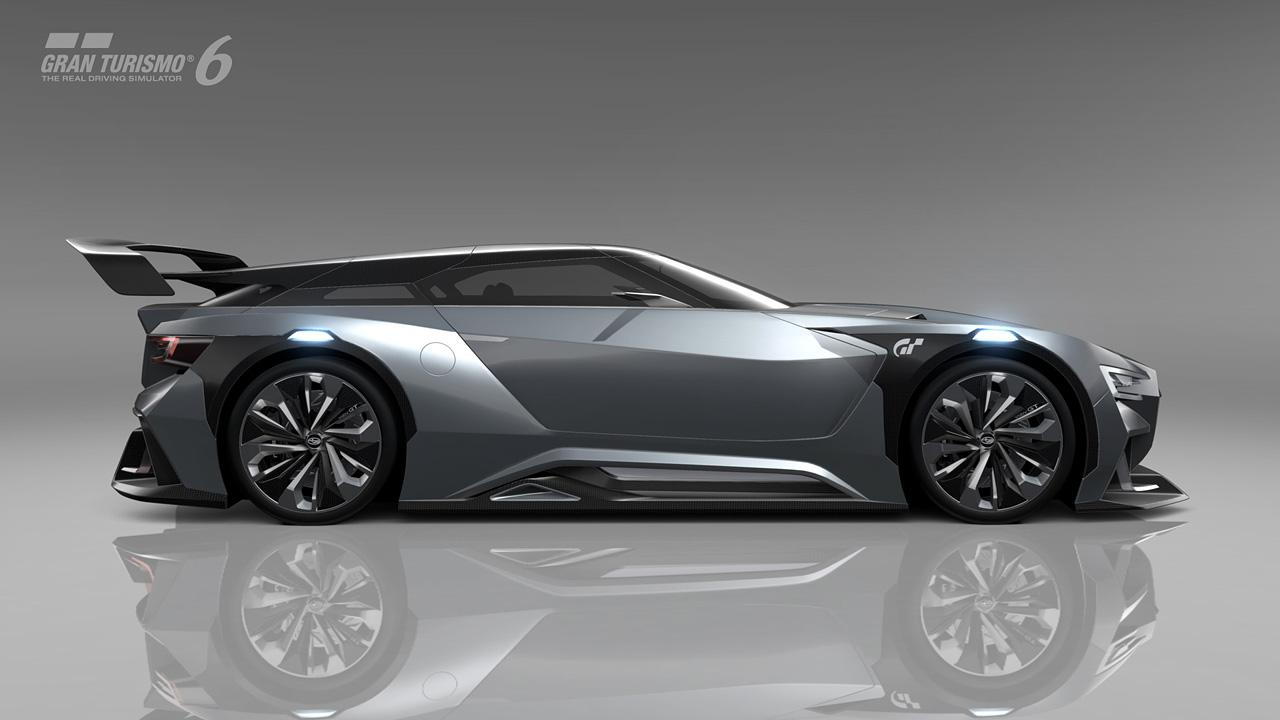 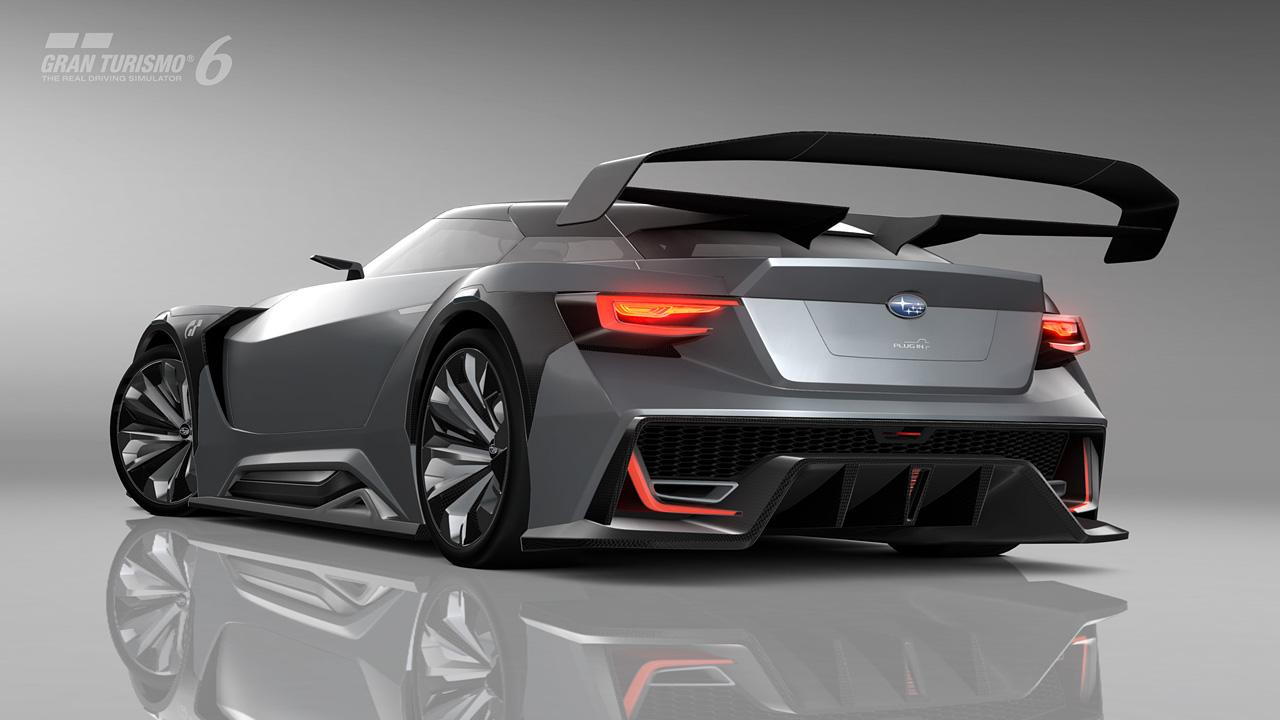 40
photos
Subaru has finally joined the club and unveiled its Vision Gran Turismo concept for Gran Turismo 6. Dubbed the Viziv GT, it's like a BRZ on steroids.

Actually, Subaru says the Viziv GT is based on the same styling theme as the Viziv 2 plug-in hybrid concept that debuted at the Geneva Motor Show earlier this year, although it's hard to believe this low-slung coupe and that crossover could have much in common.

Both concepts feature a similar headlight and grille treatment, which could become the new face of Subaru in the future. The Viziv GT adds to that with aggressive, WRX-like fender flares and a massive rear spoiler.

The Viziv GT also has a hybrid powertrain, consisting of a 2.0-liter turbocharged boxer-four engine and three electric motors—one in the front, and two in the rear. That means the motors are arrayed in the same configuration as the Viziv 2's motors, giving both concepts an electrified version of Subaru's trademark all-wheel drive.

Subaru claims a total system output of 591 horsepower and 593 pound-feet of torque for the Viziv GT, along with a 3,042-pound curb weight. Output from the individual electric motors can also be modulated for torque vectoring, helping to improve handling on virtual racetracks.

As with the other Vision Gran Turismo concepts, the Subaru Viziv GT will be available as a free download in Gran Turismo 6. Players can also get it by completing a lap (regardless of time) in the Seasonal Event.