Ford will present a preview of its Kuga crossover at September’s Frankfurt Motor Show, a new model based on the iosis X concept car that’s due to go into production early next year. At the unveiling of the iosis X at the Paris Show back in 2006, Ford announced that it would have a production version developed in less than two years and it appears that it has kept that promise.

The new compact 4WD will be built at Ford’s Saarlouis plant in Germany in early ’08 before going on sale across Europe by spring of that same year. This is the first official sketch of the car, which has adopted Ford’s 'kinetic design' language and shares many similarities with the iosis X. 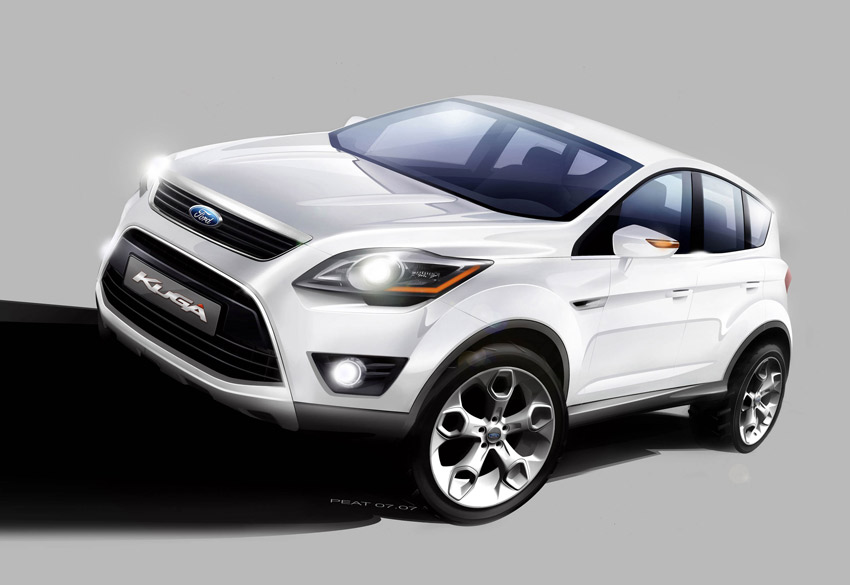 "Kuga is adventurous and distinctive, and we wanted to highlight this in our first official image," Stefan Lamm, Ford's Chief Designer for Exteriors, commented.

"We believe that there is a role for a more athletic and charismatic vehicle that marks a departure from the norm, in the same way that the award-winning Ford S-MAX carved out new territory for an MPV."