Ford’s Verve Concept, set to be unveiled at next month’s Frankfurt Motor Show gives us a preview of the new global design theme for all future Blue Oval small cars. The new Verve is also the first of three new concept cars representing a future hatch that will be sold in Europe, Asia and North America.

The concept was penned by Ford’s design studios at Dunton in the UK with another team in Cologne, Germany, also influencing the final look. Following the theme of Ford’s ‘Kinetic Design’ previewed on the Iosis and Iosis X concept cars, the new Verve is said to be a good indication as to what the new Fiesta hatch will look like. The car features a sporty profile and is dominated by a large and aggressive grille up front and tapered back LED headlights.

The new Fiesta, which fits in the B-car segment, is due to bow in late next year. The final production model will be toned down significantly from this concept but there will be some similarities. Sharing its platform with the recently launched Mazda2, the Fiesta will get a range of petrol engines including 1.3L, 1.6L and 1.8L units plus a new turbodiesel co-developed with PSA Peugeot Citroen. 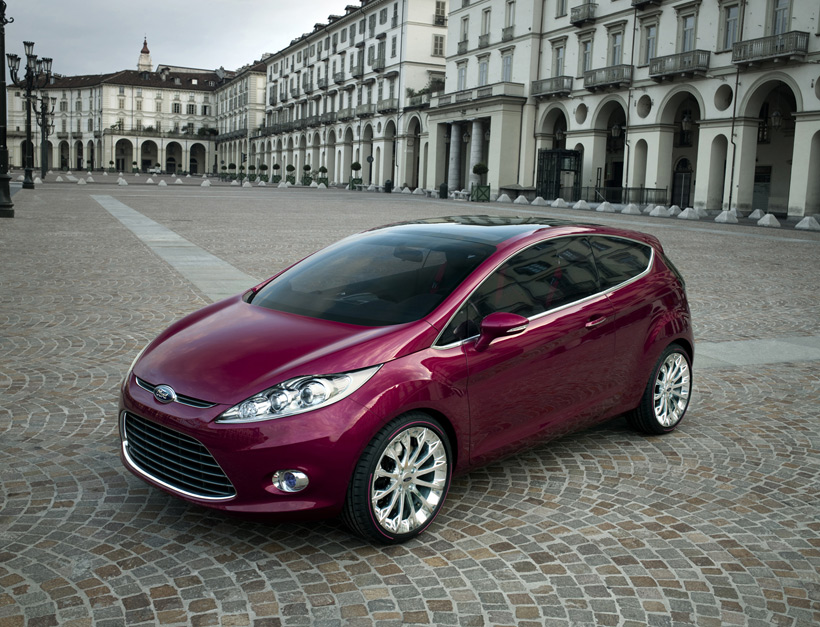 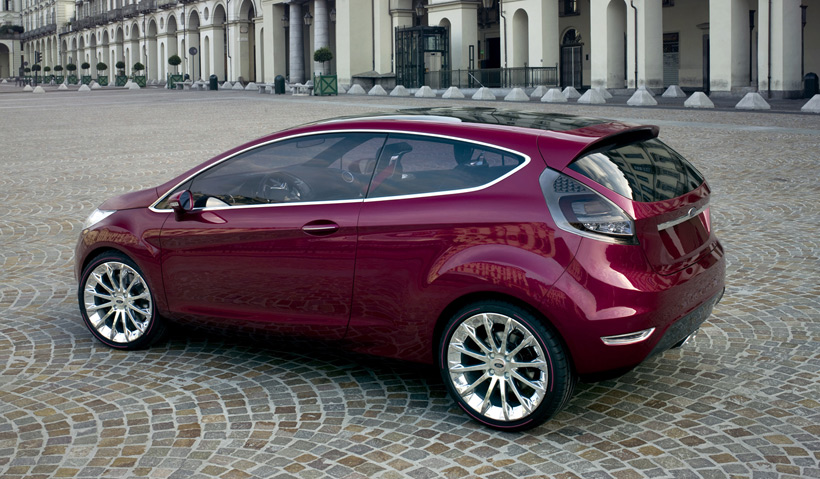 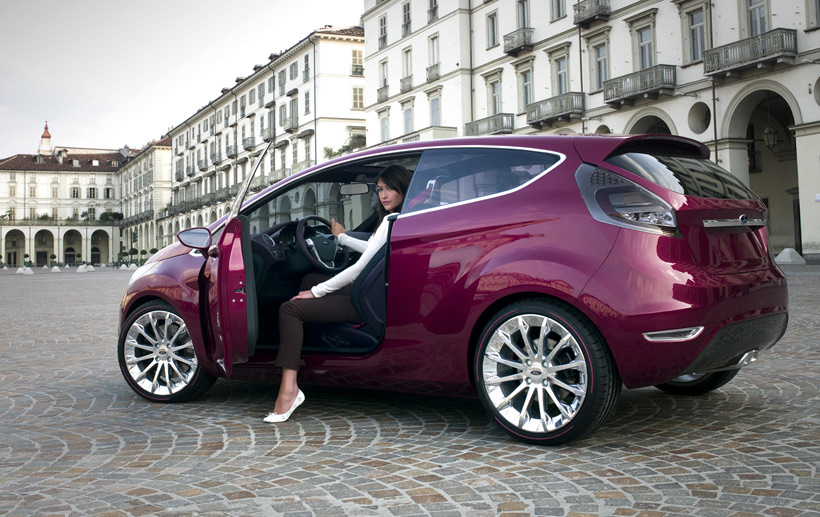 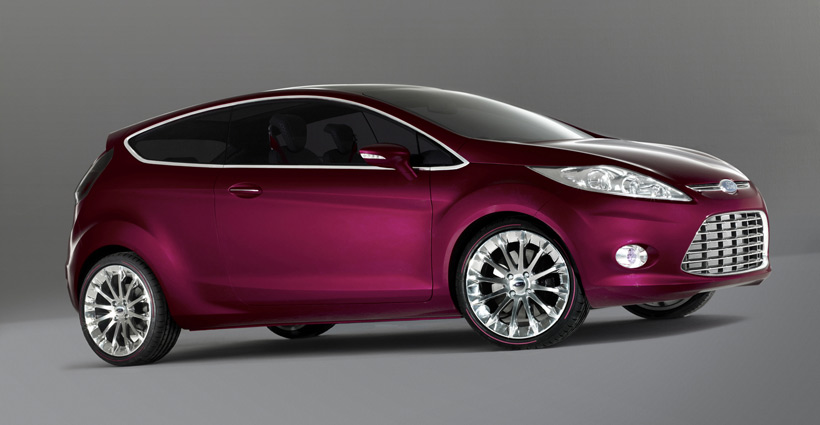 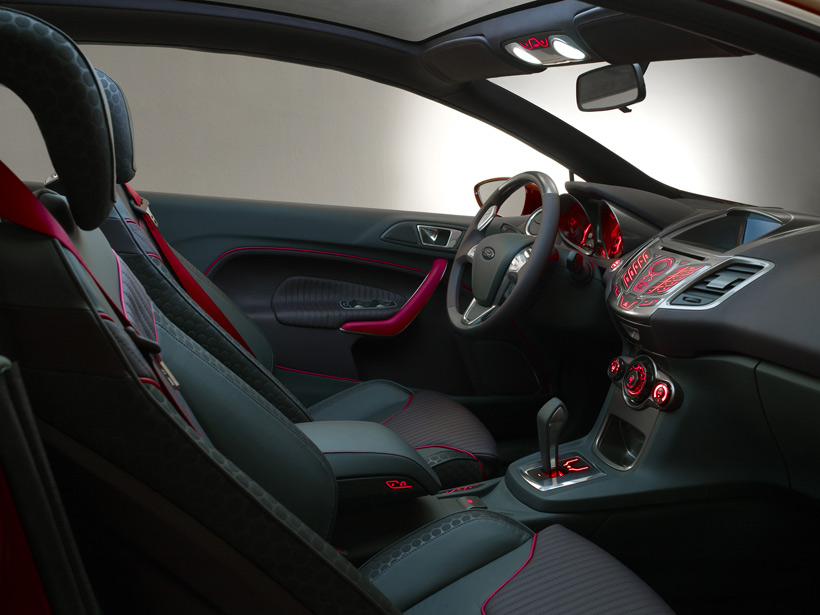 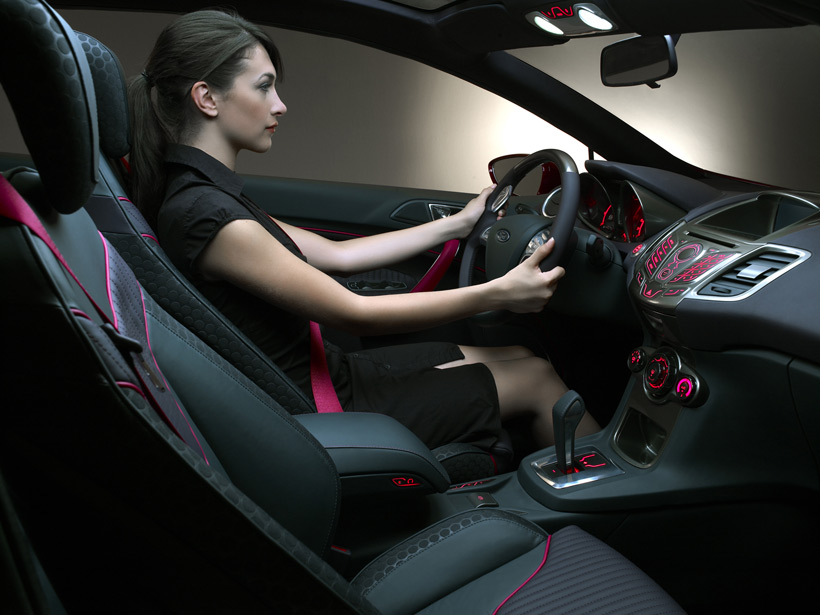 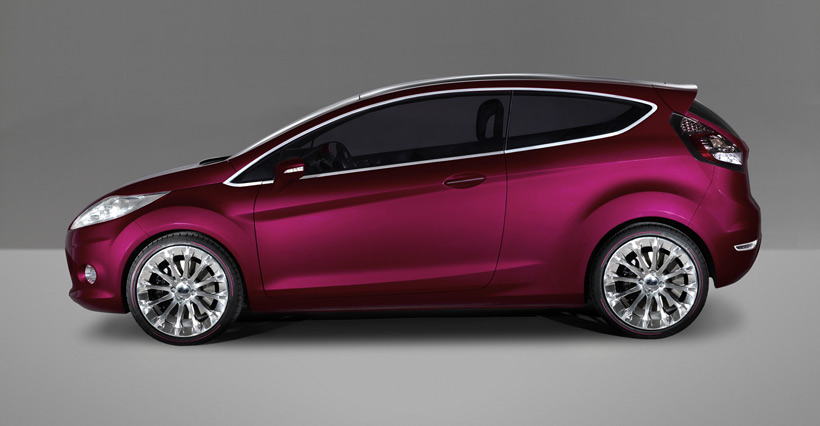 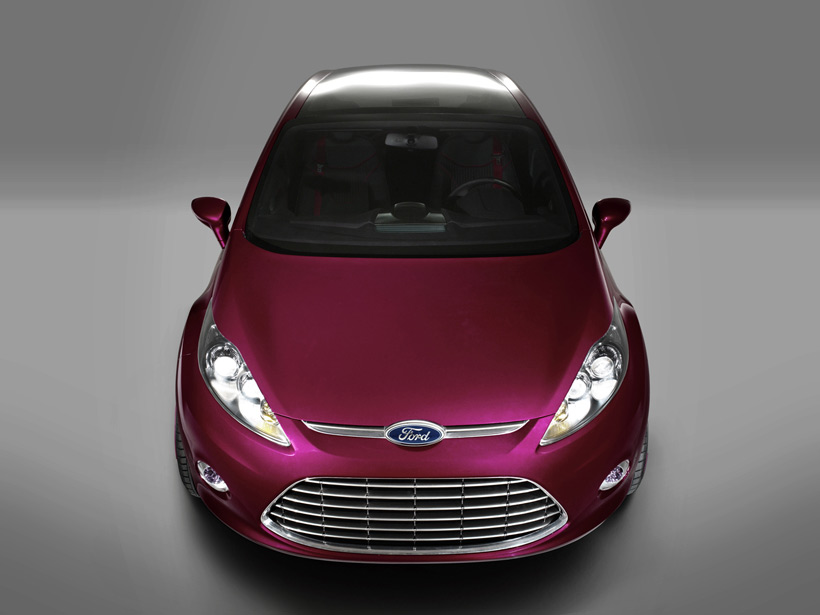 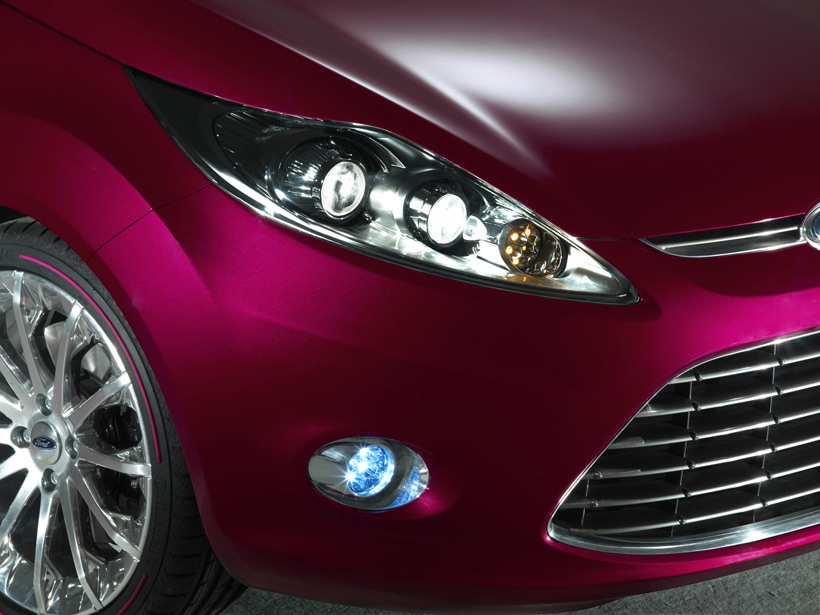 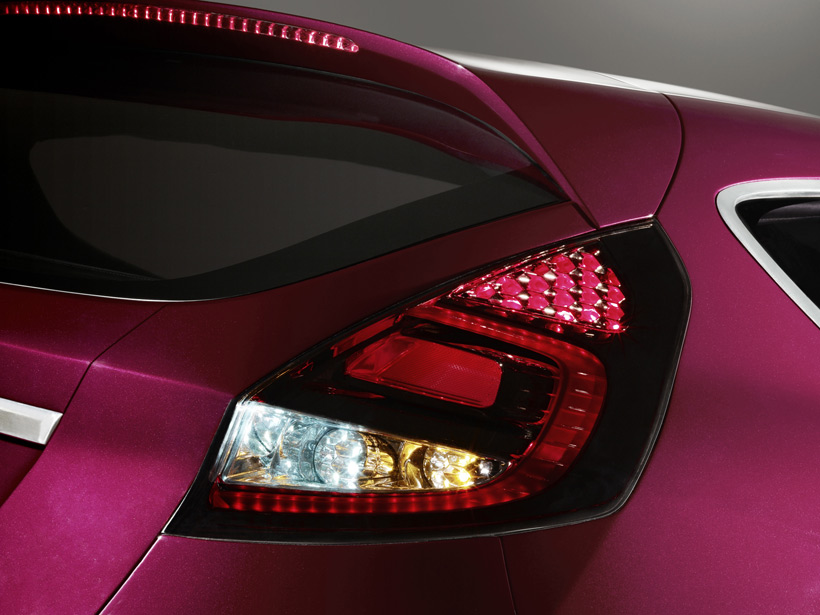 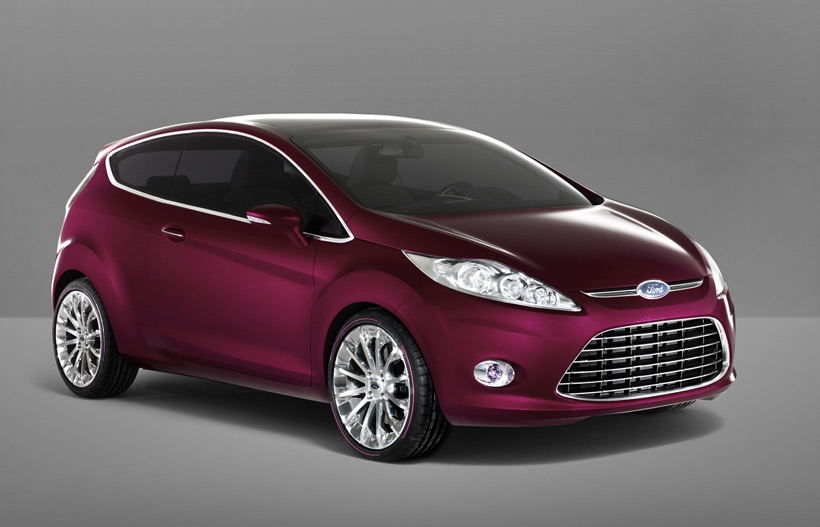 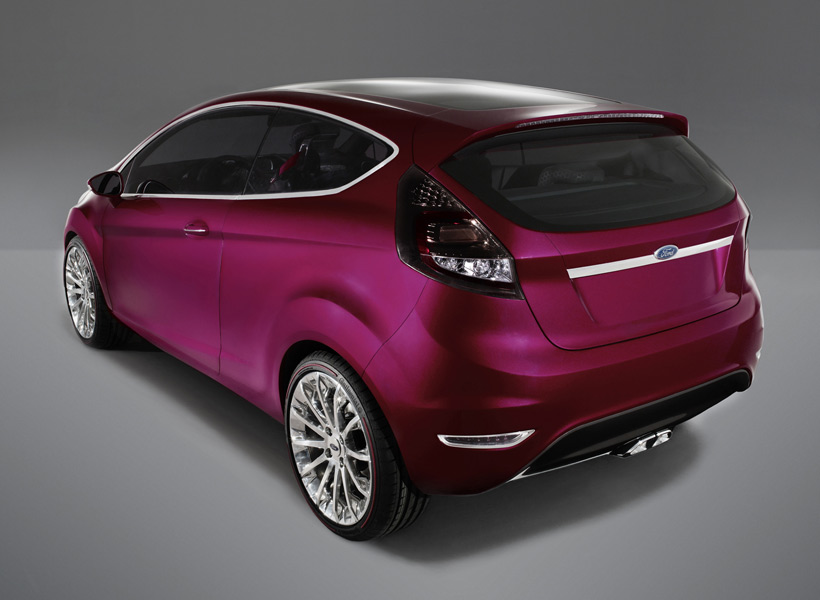 All eyes will be firmly focused on the Ford stand at next month’s Frankfurt Motor Show when the manufacturer of the UK’s best-loved small car takes the wraps off its vision for the future, - the Ford Verve Concept.

Ford Verve Concept hints at the new design direction for future compact cars and the company plans to closely gauge public reaction while their designers work behind the scenes creating Ford's next supermini generation.

The latest in a series of striking show stoppers, Ford Verve Concept follows in the footsteps of the Iosis and Iosis X, whose kinetic design philosophy inspired production models like the critically acclaimed new Mondeo and S-MAX.

Martin Smith, Executive Director of Design for Ford of Europe, explained: “Bold, even radical, Ford Verve Concept demonstrates the potential of Ford’s kinetic design philosophy to visualise a small car that is a chic and modern, and one that makes an individual statement for a sophisticated, fashion-aware generation.”

Bold and sporty, the front of the supermini is dominated by a large, inverted trapezoidal lower grille with the familiar Ford oval centred in the compact upper opening.

B-pillarless structure give it an elegant, coupe-like look.

The visual splendour continues inside with a fresh and innovative approach to interior design that's been inspired by the latest mobile phones. Sensuous curves combine with clever technology to create a stylish but user-friendly environment.

Ford's Convers+ system, which allows quick and easy access to all driver-operated functions, is central to the ergonomically excellent design. A large colour screen displays all essential information while every surrounding button and switch has been crafted with the kind of minute attention typically associated with larger, upmarket vehicles.

“A new generation of buyers raised with mobile electronic devices would feel right at home in this new automotive interior, one that exceeds the standards typical in the small-car segment,” said Niko Vidakovic, Chief Interior Designer, Ford of Europe.

Taking its lead from the success of Ford's new S-MAX and latest Mondeo, the Verve Concept symbolises Ford's ambition to be a leader in small vehicle design by creating individual cars for individual customers.

With elements of the Ford Verve Concept almost certain to appear in future production models, small car buyers have some exciting times ahead.