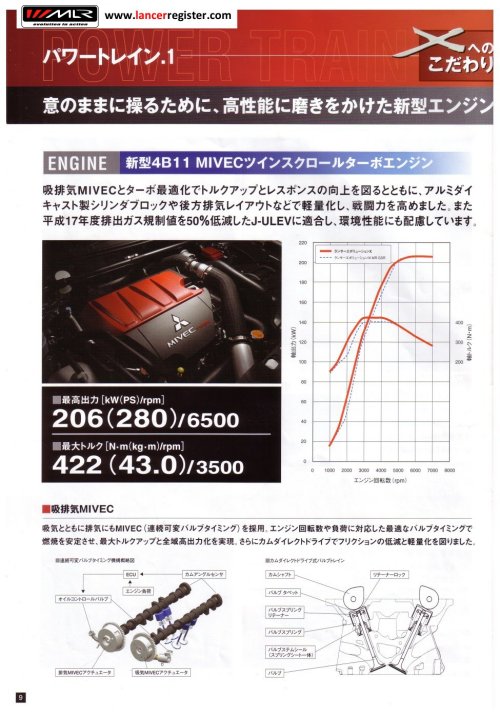 A brochure for the Japan-spec Mitsubishi Evolution X has leaked online revealing the final styling of the new car’s exterior and cabin as well as its power and torque figures. Though the text is in Japanese there are a few important clues that we can gather from the images. Expected to make its debut at October’s Tokyo Motor Show, the final production version of the Evo X will differ slightly from previous concepts as this brochure reveals.

The car sports similar side-mirrors to the basic Lancer and new side-vents behind the front wheel arches. The new Evo also drops the concept’s LED detailed headlights and front-bumper integrated foglights. Inside, we can see the new gear-lever and paddle-shifters for the dual-clutch gearbox.

The official power figure reads a metric 280ps at 6,500rpm, which is equivalent to 276hp (206kW). However, we suspect the final production version may actually develop more power than this official rating suggests. Max torque stands at 422Nm (311ft-lb), coming in at 3,500rpm.

Head over to the Lancer Register forums to see the rest of the scans or click here to see more official details and images of previous concepts. 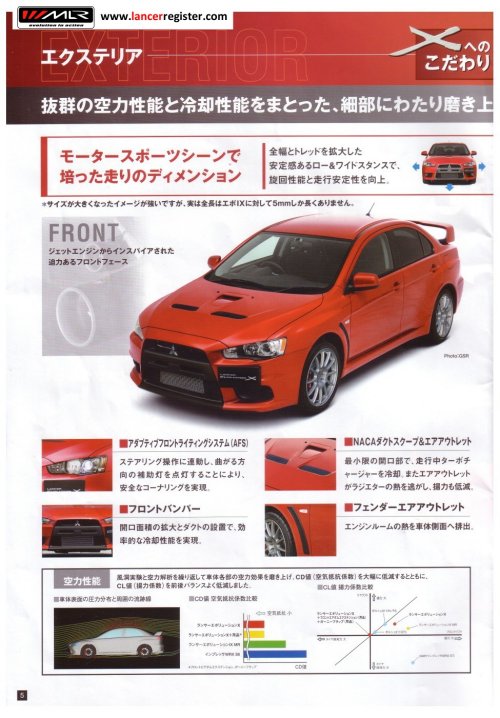 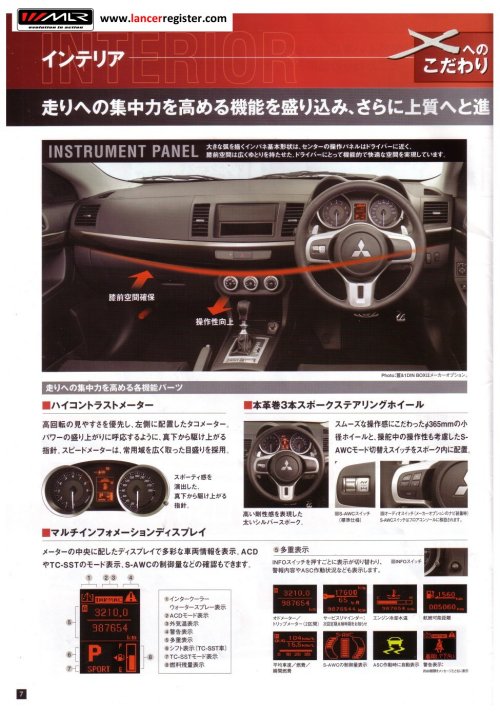