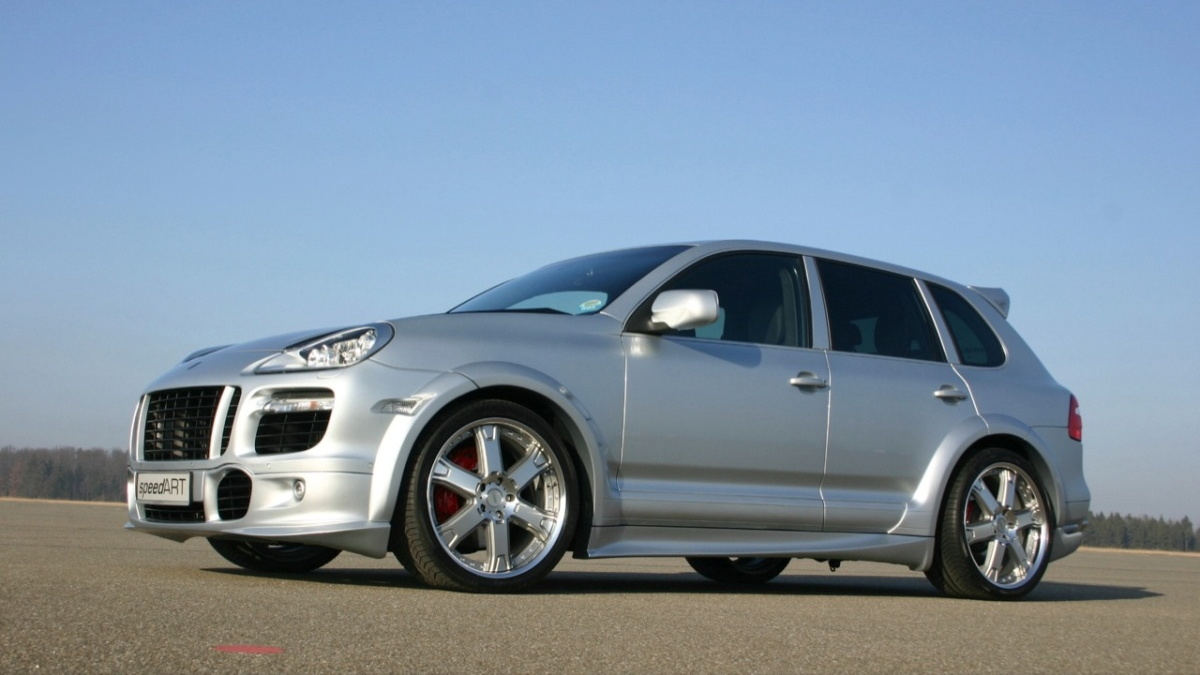 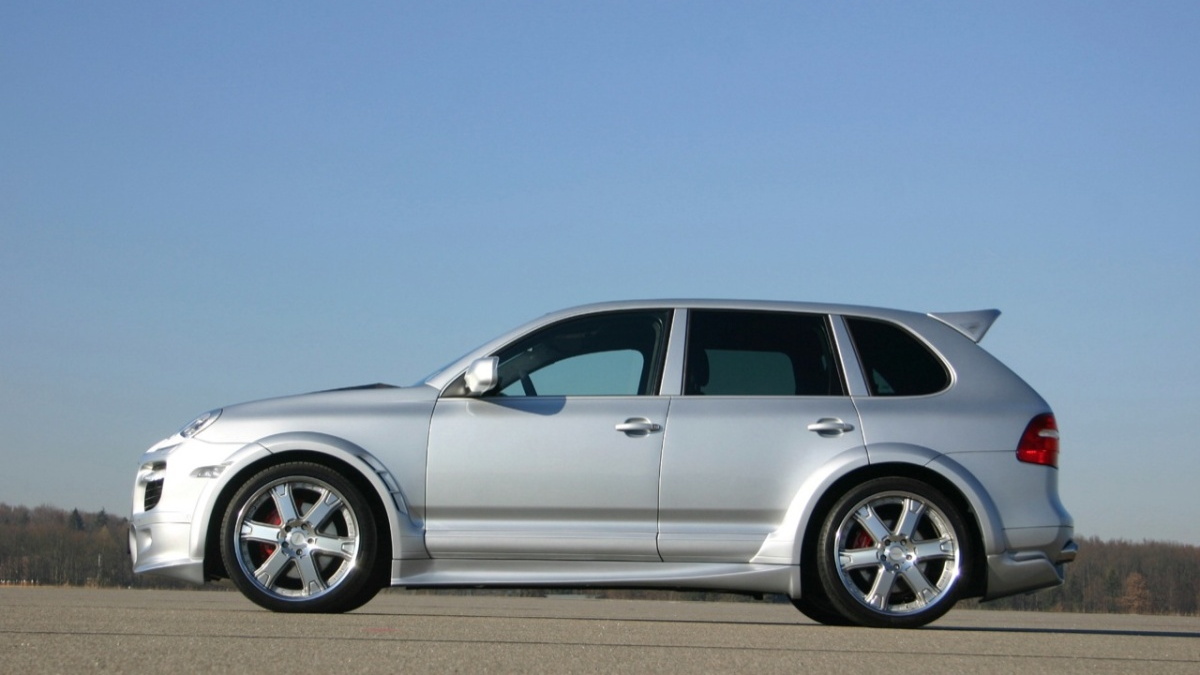 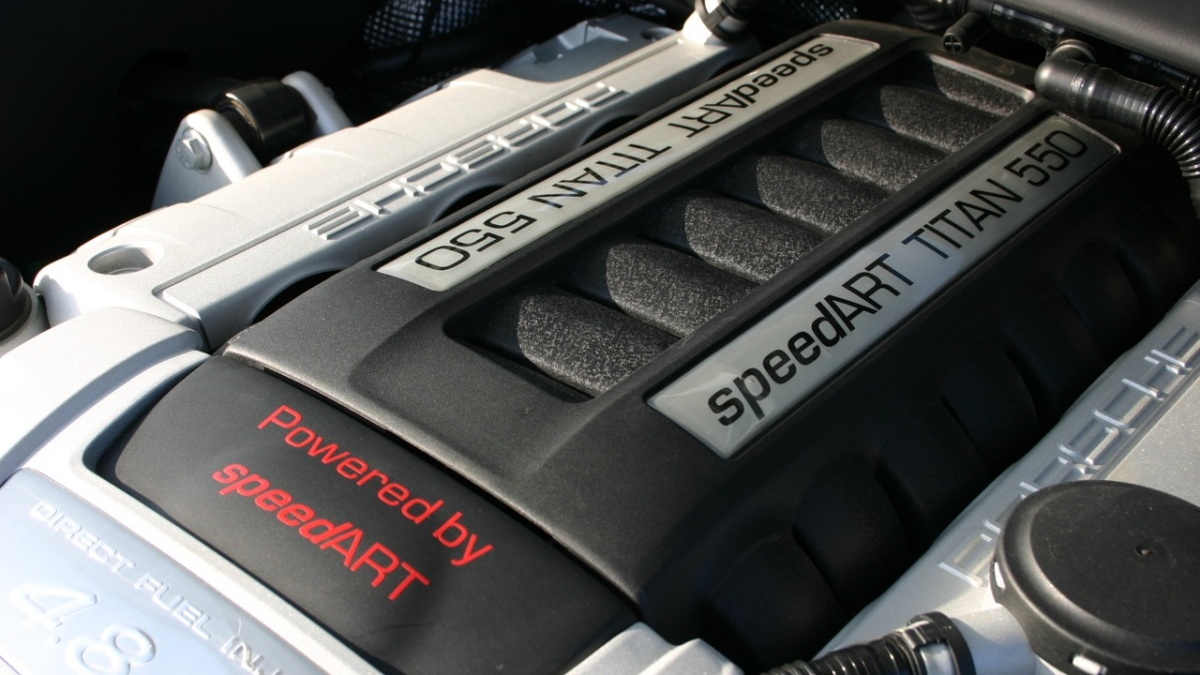 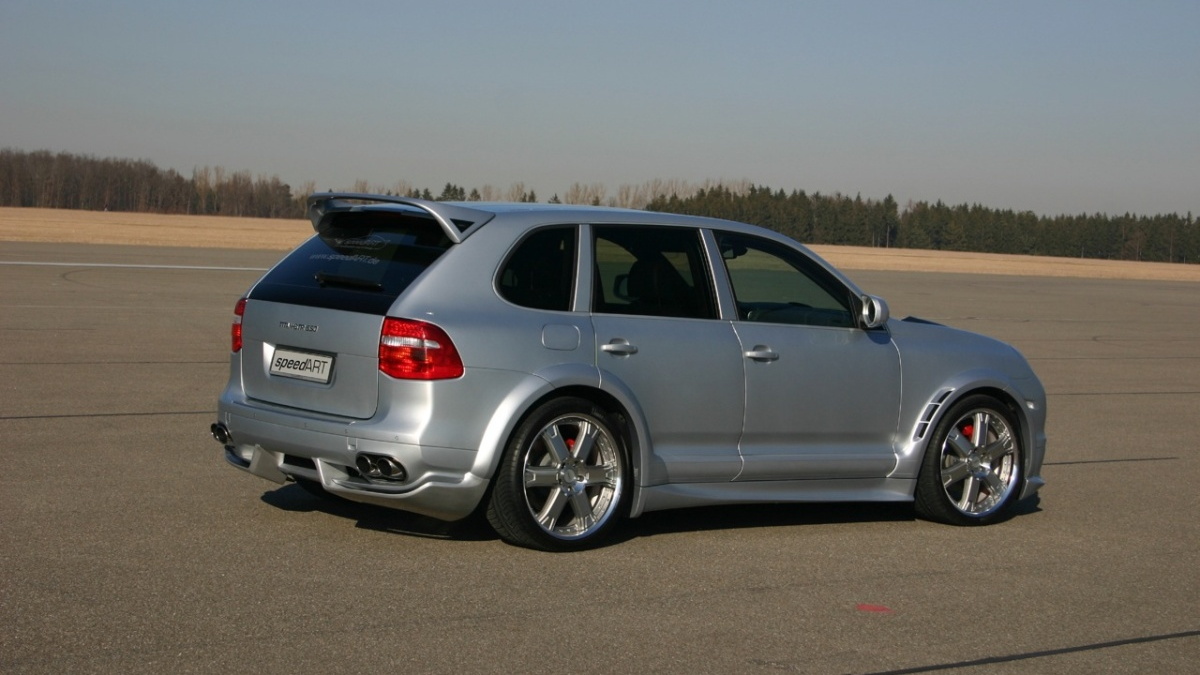 5
photos
Porsche's Cayenne Turbo may not win any beauty contests, especially from fans of the company's sleek and sexy sports cars, but it's far from the ugliest SUV on the market. SpeedART wasn't satisfied with the stock Cayenne Turbo's looks, however, and decided to add a heavy helping of spoilers, winglets and scoops to give the Titan BTR 550 the visual impression it was looking for.

In pictures by itself, the SpeedART Titan BTR 550 has the proportions of a very, very large hatchback. Its new lower-body dressing gives it just a few inches of ground clearance all the way around, and the 22-inch wheels fill the wells giving the SUV a decidedly car-like stance. The rear roof spoiler and under-body diffuser give the impression of racing aspirations. And in profile, the vehicle is not so dissimilar from a Mazda3 or a new Subaru WRX hatch.

But given a frame of reference, the Titan BTR 550 - so named for its 550hp motor - becomes a gargantuan land shark, obviously not a hatch, but hardly fitting the archetypal SUV niche either. A ground-bending 830Nm of torque complement the massive power, and although the standard Porsche Cayenne Turbo could hardly be called a laggard, the SpeedART version should be even peppier, despite the weight of the extra body work. Fuel efficiency is undisclosed, but rest assured, it's suitably monstrous as well. A unique feature of the BTR 550 is the dual-tone exhaust. By opening a bypass valve, the fairly tame (for a 550hp turbo 4.8L V8) exhaust note gets downright racy. A video of the delicious sound of the Titan BTR can be found here.