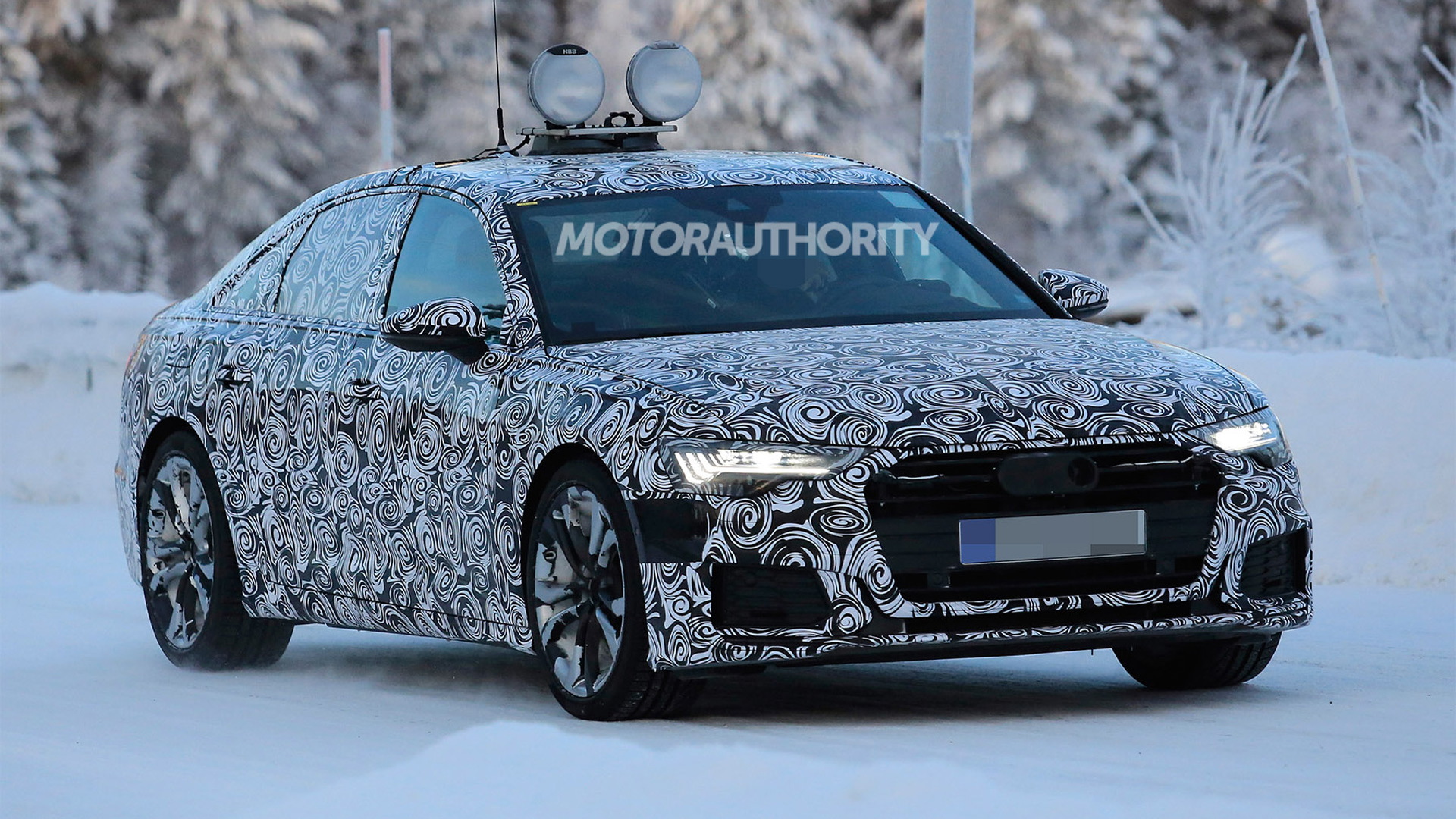 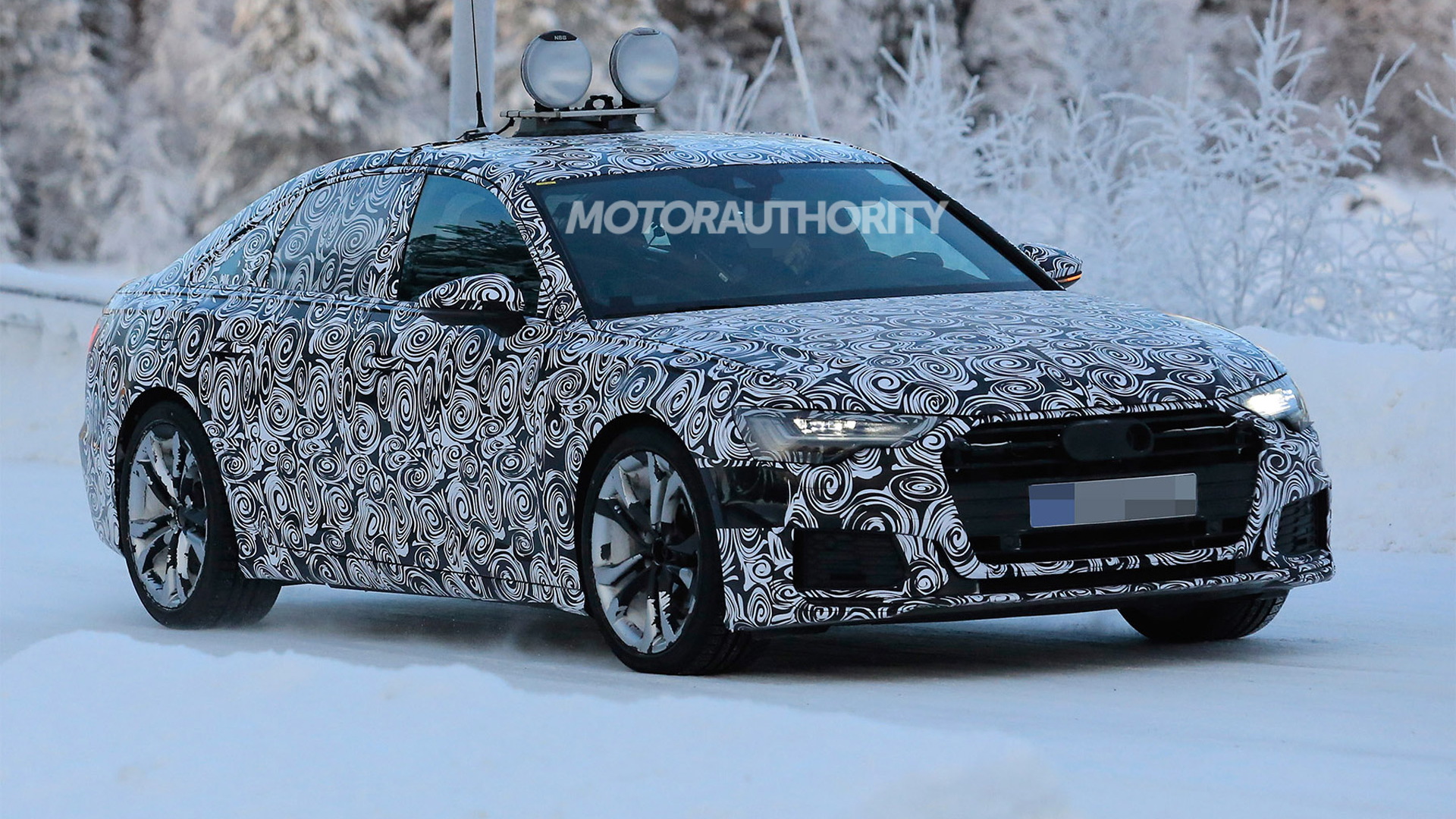 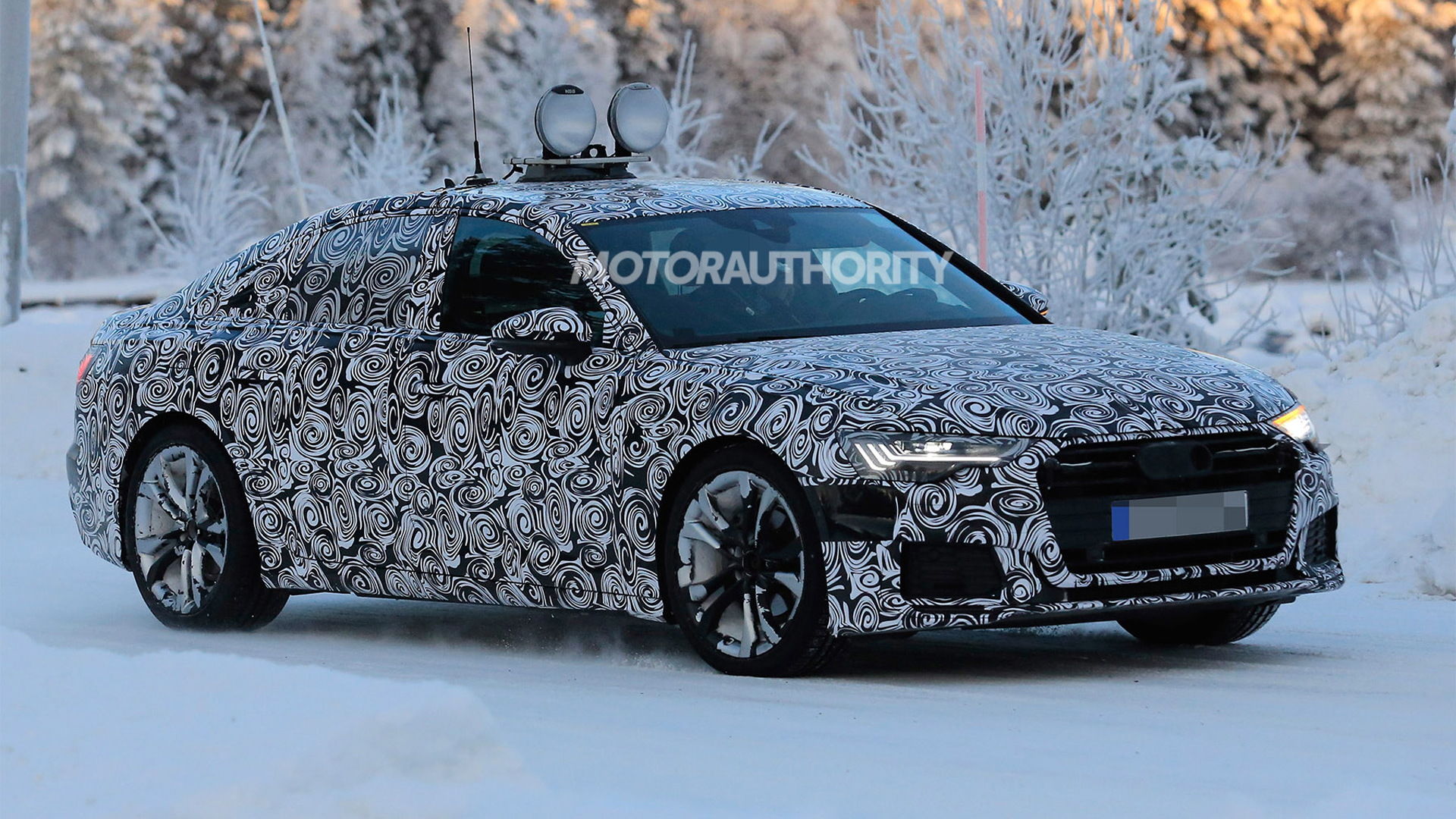 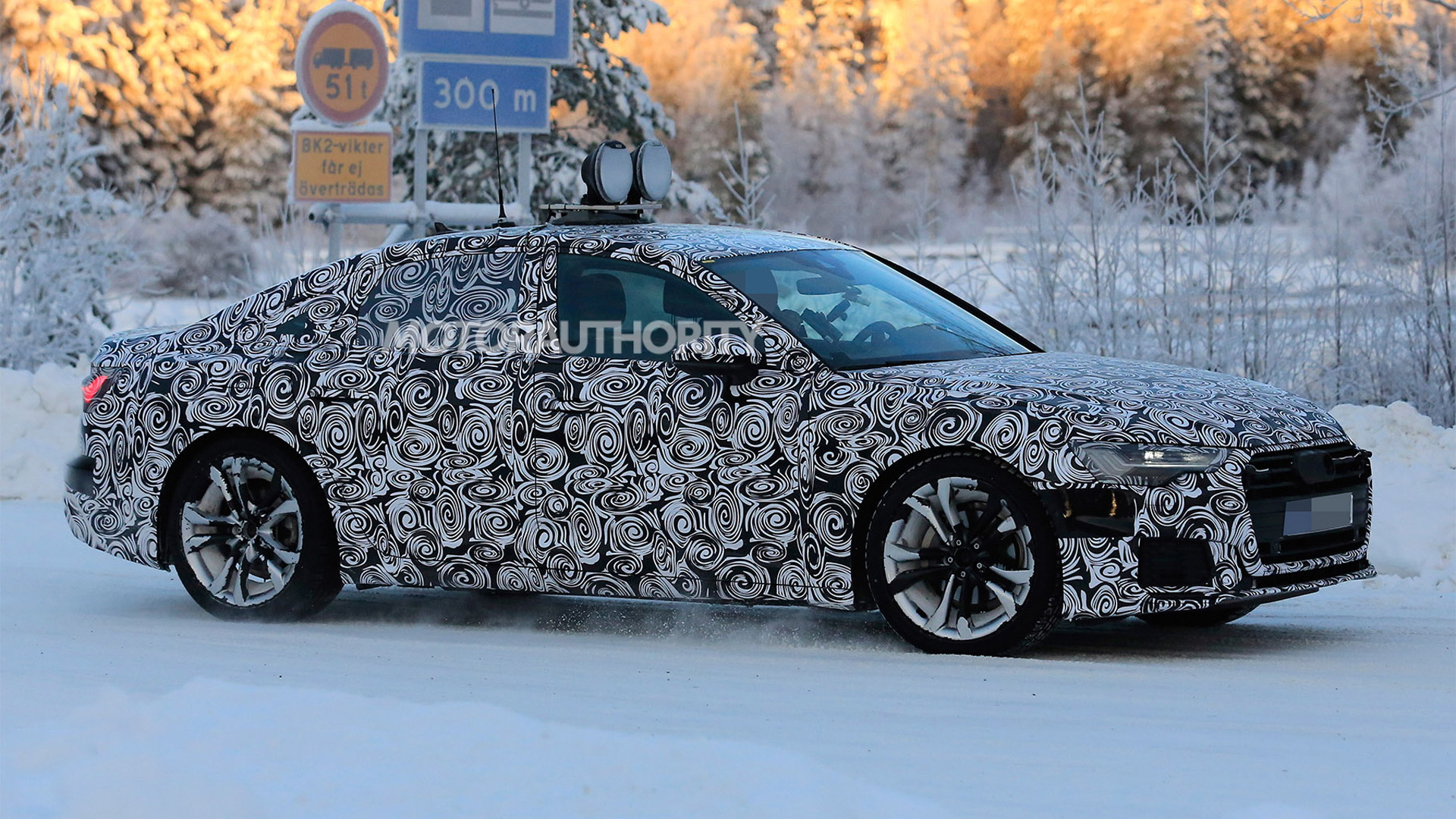 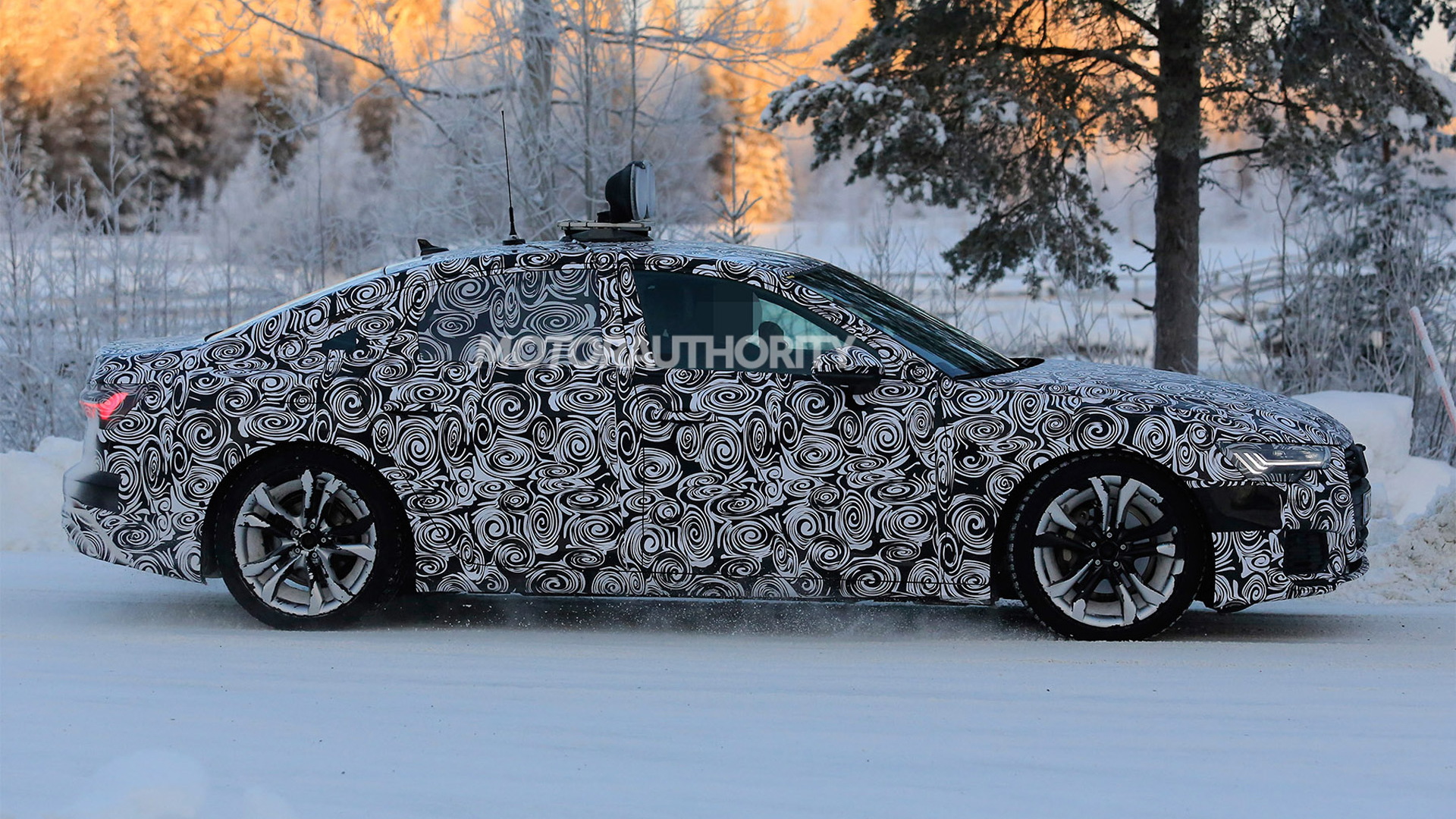 A prototype for the redesigned, fifth-generation Audi A6 has been spotted again. The car has been developed alongside the new generations of the A7 and A8, two models with which it shares much in common.

Common to all three is the latest evolution of Audi’s MLB platform for front- and all-wheel-drive vehicles with longitudinally-mounted engines. It promises some weight savings as well as new plug-in hybrid options. The current A6, despite featuring aluminum in its construction, still weighs over 4,000 pounds in some guises.

Also common is the styling, which was previewed with Audi’s Prologue concept unveiled at the 2014 Los Angeles Auto Show. The wide, imposing grille and strong creases are lifted straight from the concept, as are the geometrically-shaped headlights.

The good news is that we can also expect new versions of the performance-oriented S6 and RS 6. The RS 6 should stick with a 4.0-liter twin-turbocharged V-8 possibly matching the 605 hp of the current RS 6 Avant Performance. It’s not clear at this point if the RS 6 will be offered as a sedan, or if it will make it to the United States this time around. As for the S6, we should see it downsize to a turbocharged V-6, most likely the 2.9-liter mill found in the latest RS 5.

Body styles for the A6 will once again include the standard sedan you see here as well as a long-wheelbase variant for China. On top of this, there will also be the Avant and Allroad wagons.

Look for the new A6 to arrive next year, as a 2019 model. It's not going to have an easy time on the market. The BMW 5-Series and Mercedes-Benz E-Class have just been redesigned and there are also some impressive newcomers in this segment, too, such as the Cadillac CT6, Lincoln Continental and Volvo S90.