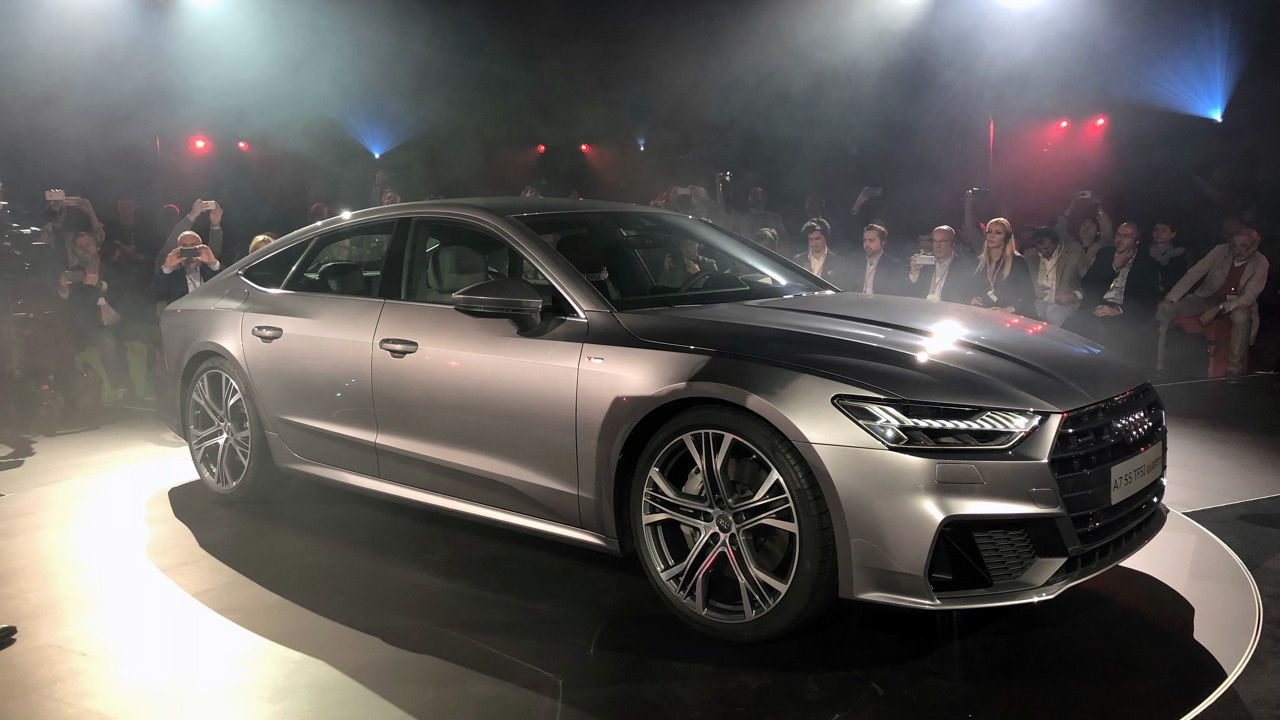 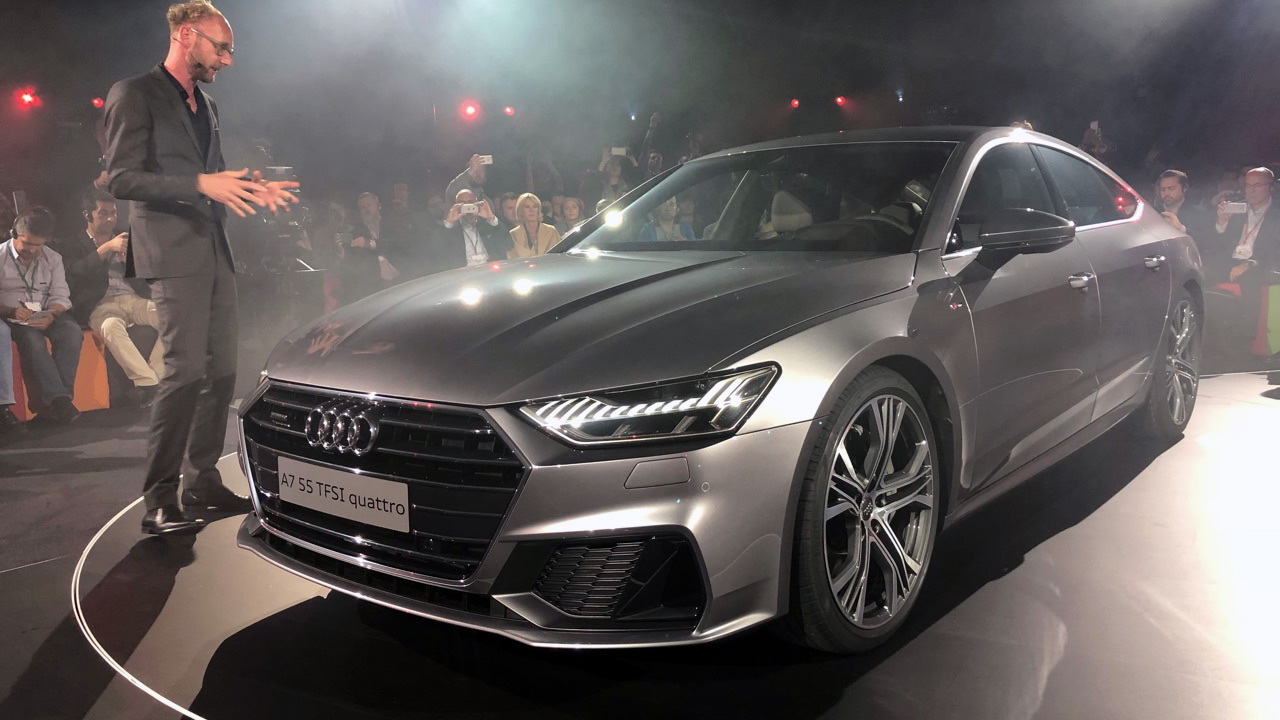 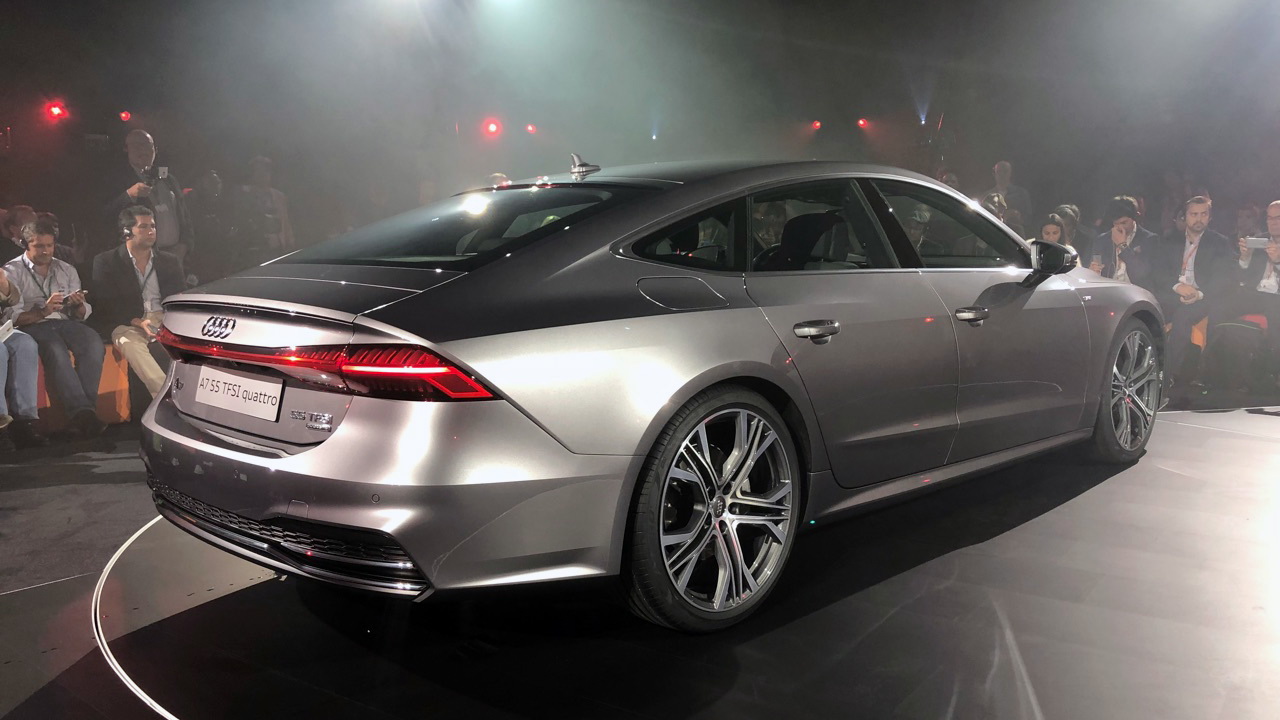 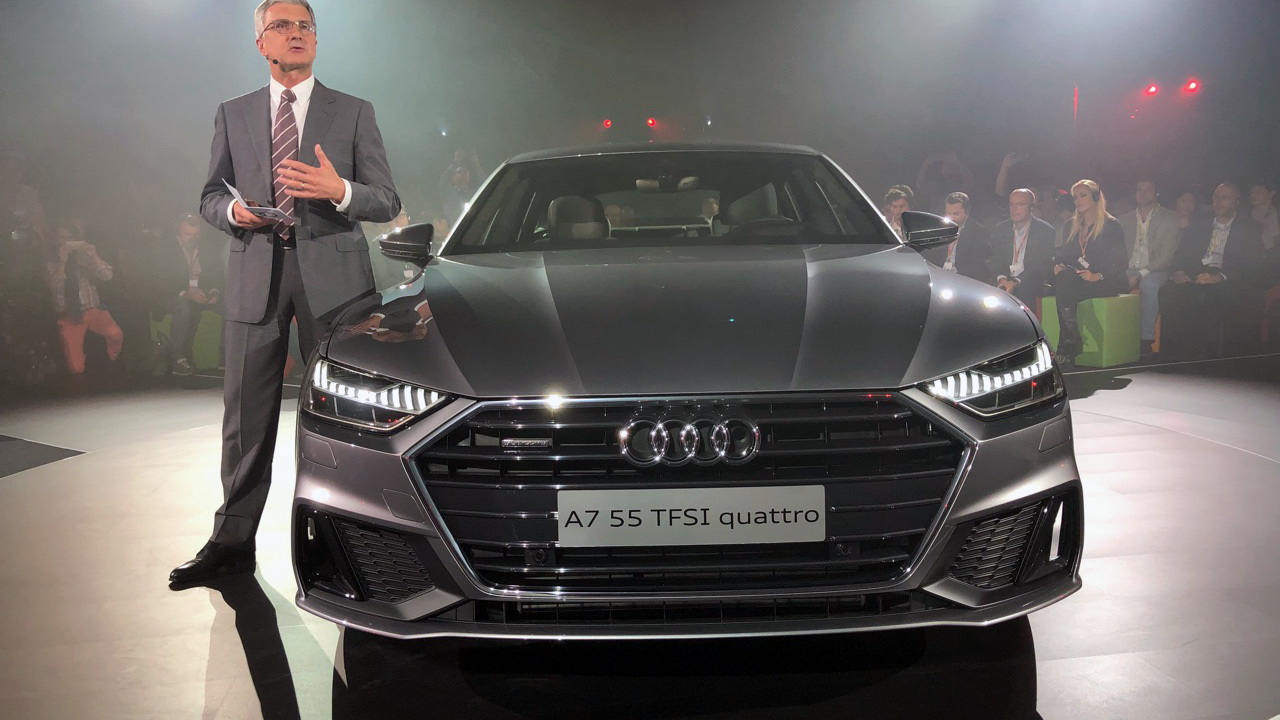 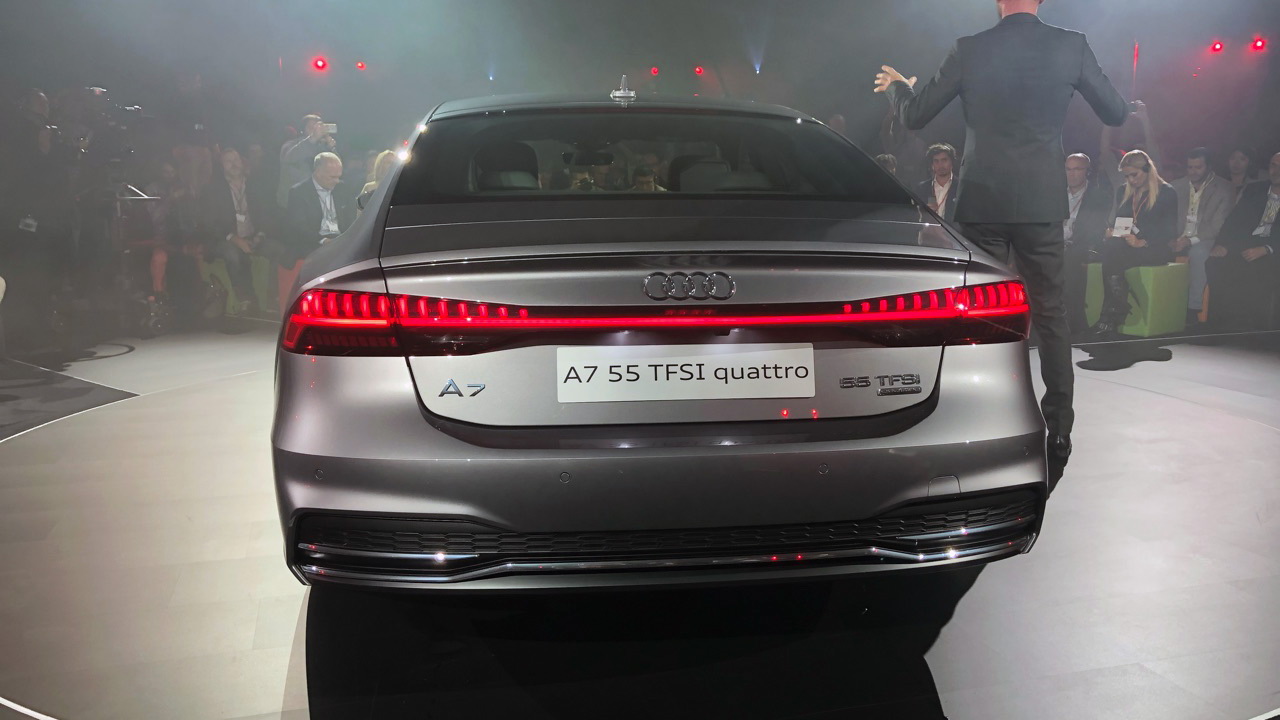 The 2019 Audi A7 finally broke cover Thursday in Germany, the second generation for the sleek luxury sedan that set the world on fire with its daring silhouette.

The 4-door fastback likely goes on sale in the U.S. sometime late next year, although details about the sedan's availability were few and far between.

The second-generation A7 has a long road ahead of it before it goes on sale in the U.S., but its initial powertrain offering will be a 3.0-liter turbocharged V-6 that makes 340 horsepower and will use a 48-volt, mild-hybrid system, according to Audi. The duo should result in a 34 mpg combined average, on the European cycle (EPA-rated figures tend to be lower). A plug-in hybrid A7 will appear later, according to Audi, although those specifics weren't announced.

A higher performance turbo-6 may make an appearance in a higher-spec S7 model that will surely follow. An RS 7 is almost certain at some point soon, which may sport a high-output V-8 or a performance-focused hybrid powertrain.

The newest A7 was penned by Audi's design boss Marc Lichte, but based heavily on Stefan Sielaff's design from 2010. The new look features the same proportions as the outgoing version—long hood, tapering roof line, and kammback tail—although the newest model diverges with a lower nose with a hexagonal grille, and chiseled surfaces.

The new A7's wheelbase is roughly half an inch longer, even though the overall length is half an inch shorter than the outgoing model. Large, 21-inch wheels are available to fill out the wheel arches, but the overall height has stayed the same.

The most expressive exterior feature may be the solid strip of LED taillights at the rear that, at least in European markets, cascade toward the corners.

Inside, the A7 takes a larger departure from the outgoing model with a utilitarian horizontal dash layout with touchscreen controls for nearly every function, including climate control. Eschewing the last-generation's screen on top of the dash and rotary controller, the new infotainment system is a touchscreen-only affair highlighted by a 10.1-inch top screen. Underneath the infotainment system is a secondary 8.6-inch touchscreen that controls climate functions, seat settings, and Audi's Drive Select controller.

Audi's Virtual Cockpit will make an appearance and offer 12.3 inches of configurable display in the instrument cluster that includes map, speed, and trip information.

The A7 rides on parent-company Volkswagen's MLB platform that has been modified in recent models. The same platform underpins the current Q7, Q5, and A8, although the A7 will be most closely related to the next-generation A6, which is also due next year. The lighter weight platform should be a boon to fuel economy and performance with stiffer, higher strength steel used throughout and aluminum components to shed weight.

Audi integrated rear-wheel steering into the A7 that can dial in up to 5 degrees of steering to counter-steer at slow speeds to virtually shorten its wheelbase and turning circle, or at high speeds can steer in concert with the front wheels for better stability at higher speeds.

The next-gen platform likely will mean that the A7 will likely sport the latest in self-driving hardware, which made its debut in the A8. Audi's self-driving system, dubbed Traffic Jam Pilot, is Level-3 capable at speeds lower than 37 mph. Audi says that a Level-3-enabled version of the A7 will eventually hit the road, but a date hasn't yet been set.

Audi hasn't yet announced pricing or availability for the 2019 Audi A7. Stay tuned for more information.