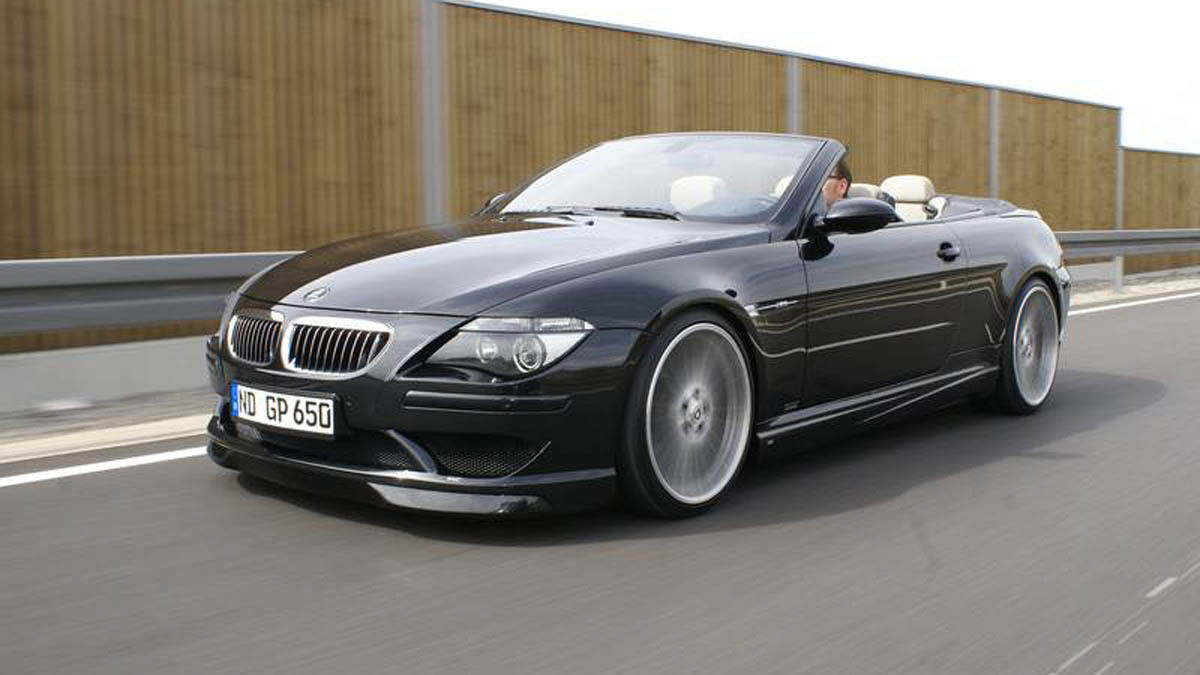 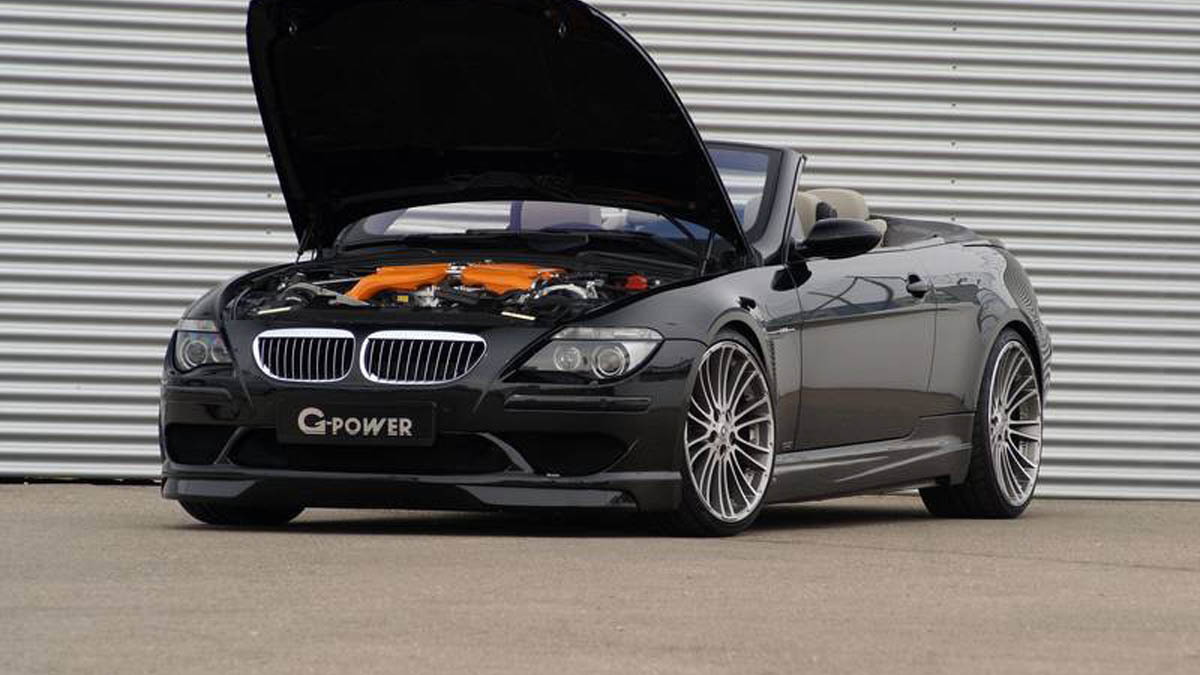 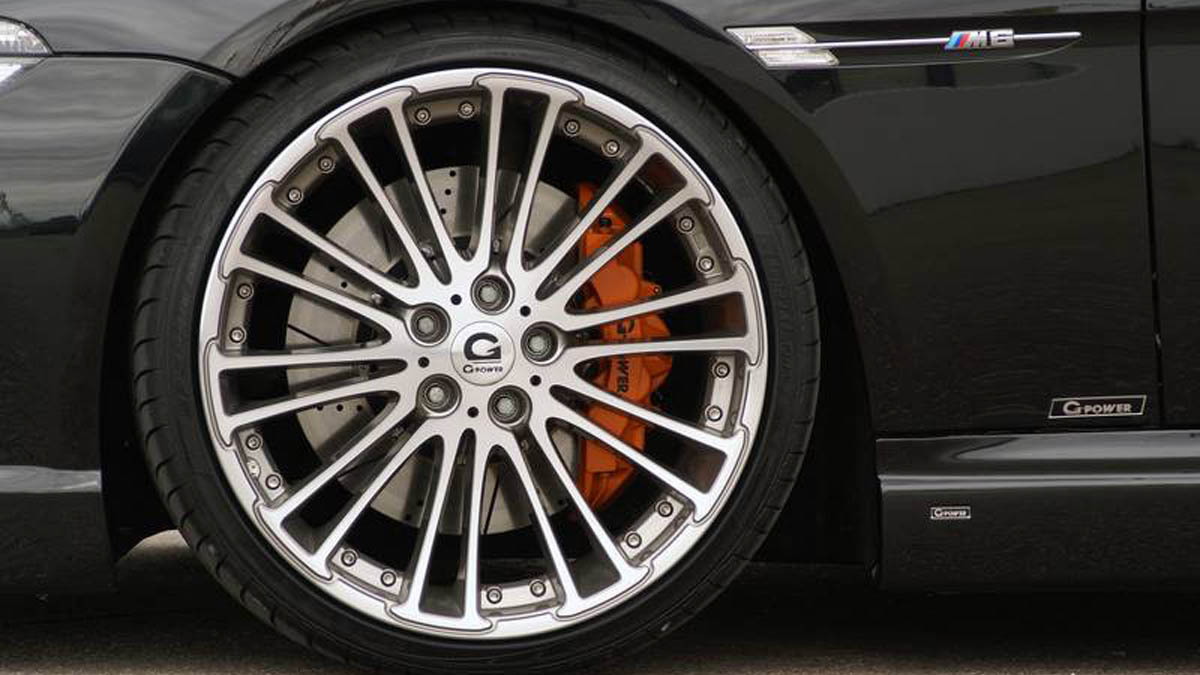 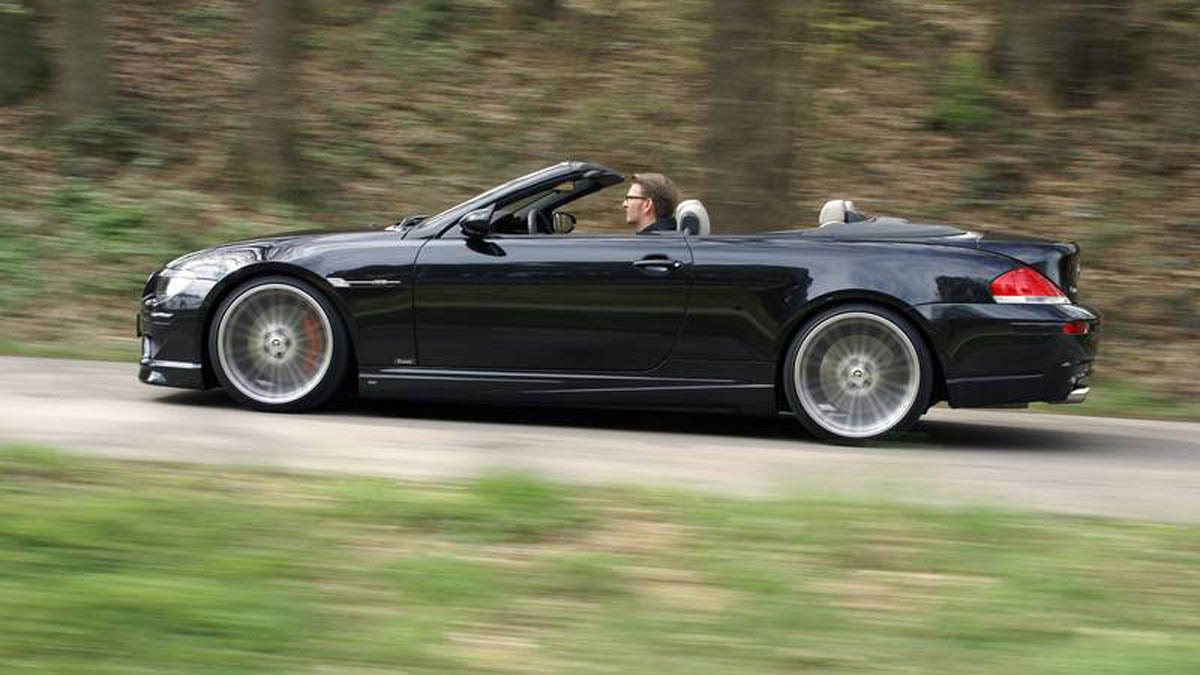 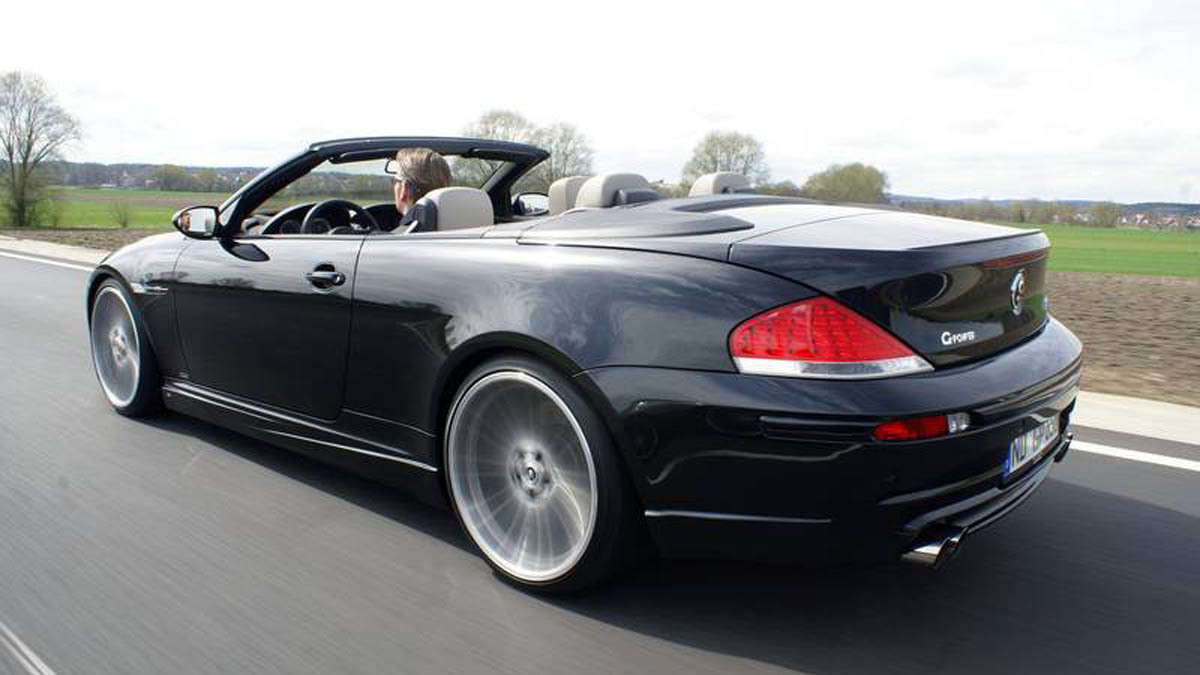 11
photos
Earlier this week we saw what the wild tuners in Lithuania can do to a BMW 6-series coupe, and love it or hate it, it was an extreme interpretation. The Germans at G-Power have also turned their creative arts on a 6-series offering, this time the M6 convertible. Thankfully devoid of cartoonish excess, the car nevertheless brings an almost unthinkable 635hp to the table, thanks to the company's twin-supercharger kit.

Mounted to the already fearsome 507hp (373kW) BMW V10, G-Power boosts output by another 128hp (94kW) to reach the stratospheric 635hp (467kW) target, placing the M6 among the most powerful convertibles in the world. The unique belt-driven superchargers each handle one cylinder bank, enabling efficiency ratings of up to 80%. The same system fitted to the G-Power M5 Hurricane brings the sedan's essentially identical engine to 730hp (544kW), and powers the car to the record for highest top speed achieved by a street-legal BMW at 223mph (360km/h).

Though slightly detuned in the M6 application, the smaller car requires less horsepower to achieve extreme performance, although it still delivers some impressive figures on the dyno. Between 7.500rpm and 8,200rpm the screaming V10 delivers the full 635hp claimed at from 4,800rpm to 7,200rpm torque is climbing from 520Nm to the 600Nm peak. This kind of power lets the M6 rip to 100km/h in just 4.6s and to 200km/h in 11.9s, despite its stout 2 ton weight. With enough room to let it run, the M6 can break through 300km/h in 34.5s from a standstill, and carry on to a top speed of 320km/h.

Some of the changes G-Power makes to the standard M6 to allow this kind of performance include improved aerodynamics, grippier tires, more track-worthy suspension and fade-resistant, more powerful brakes. Huge 21-inch alloy wheels wrapped in 255/30 Z-rated Dunlop tires up front and 295/25 rubber out back keep the car firmly planted - an important part of the equation with so much power to the rear wheels. The up-sized eight-piston calipers grab onto 380x34mm discs for strong and repeatable stops, while an adjustable G-Power coilover system gives the driver nine settings to choose from.