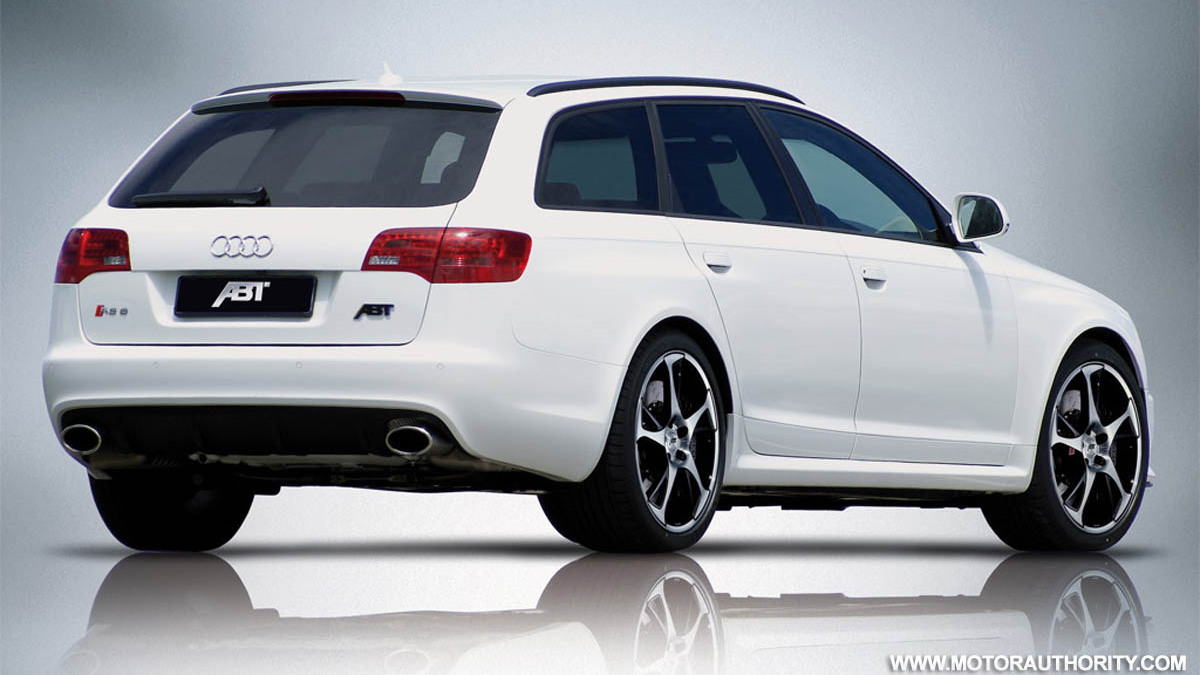 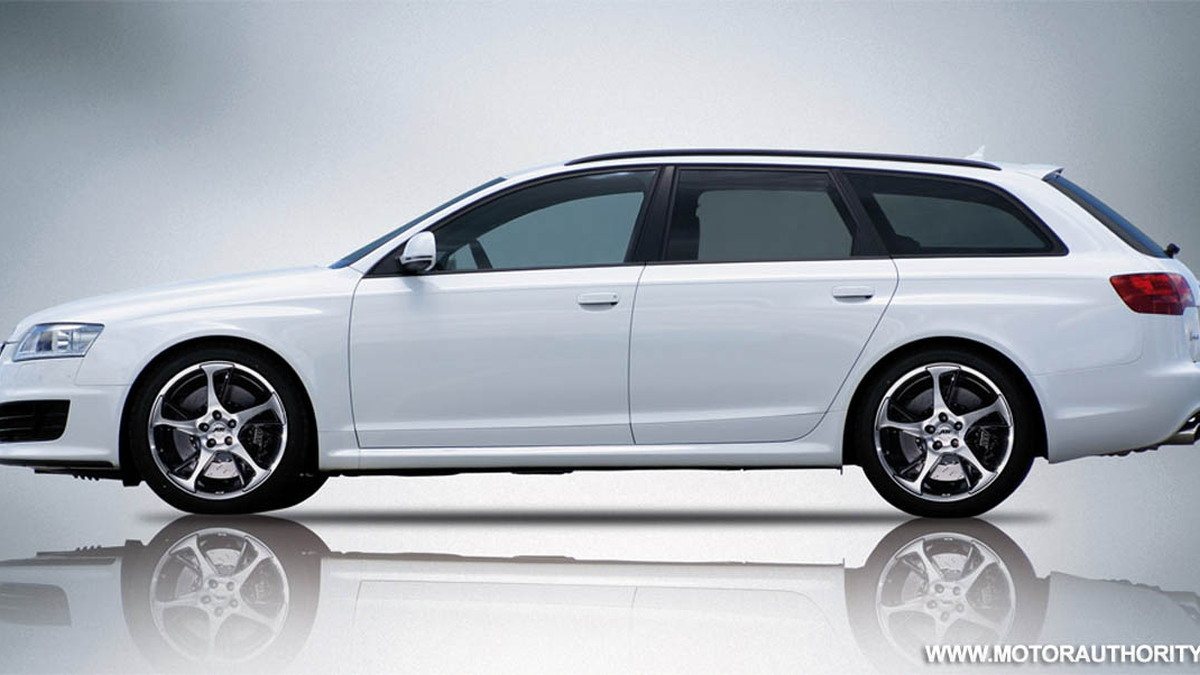 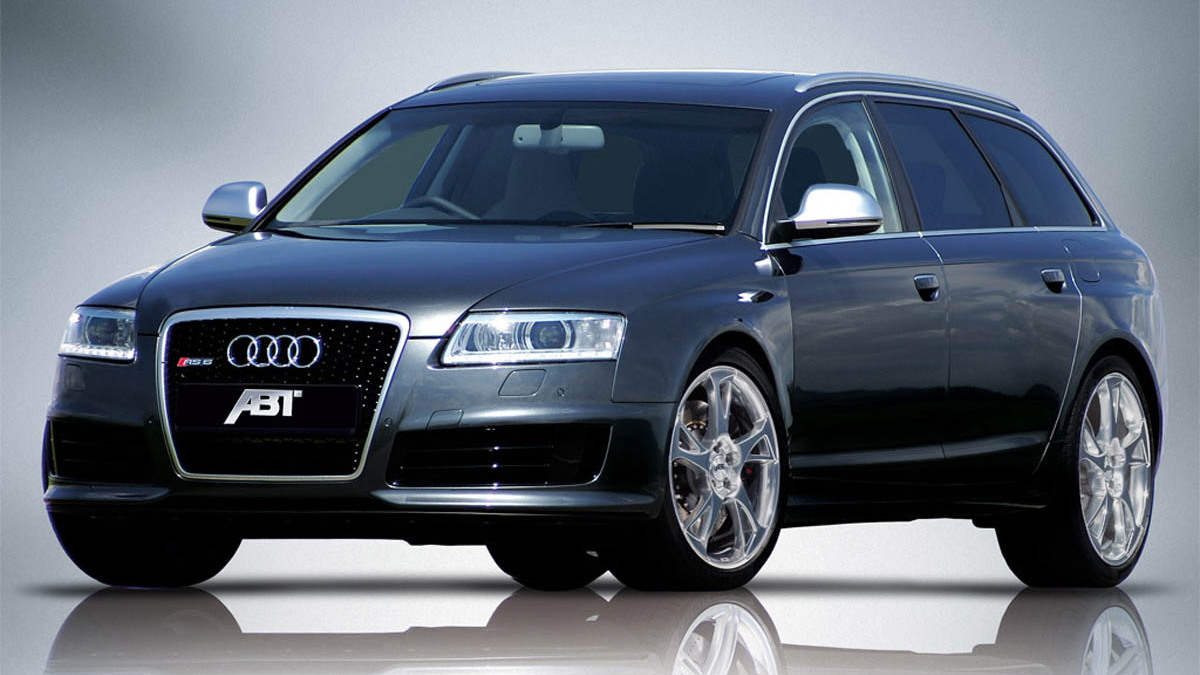 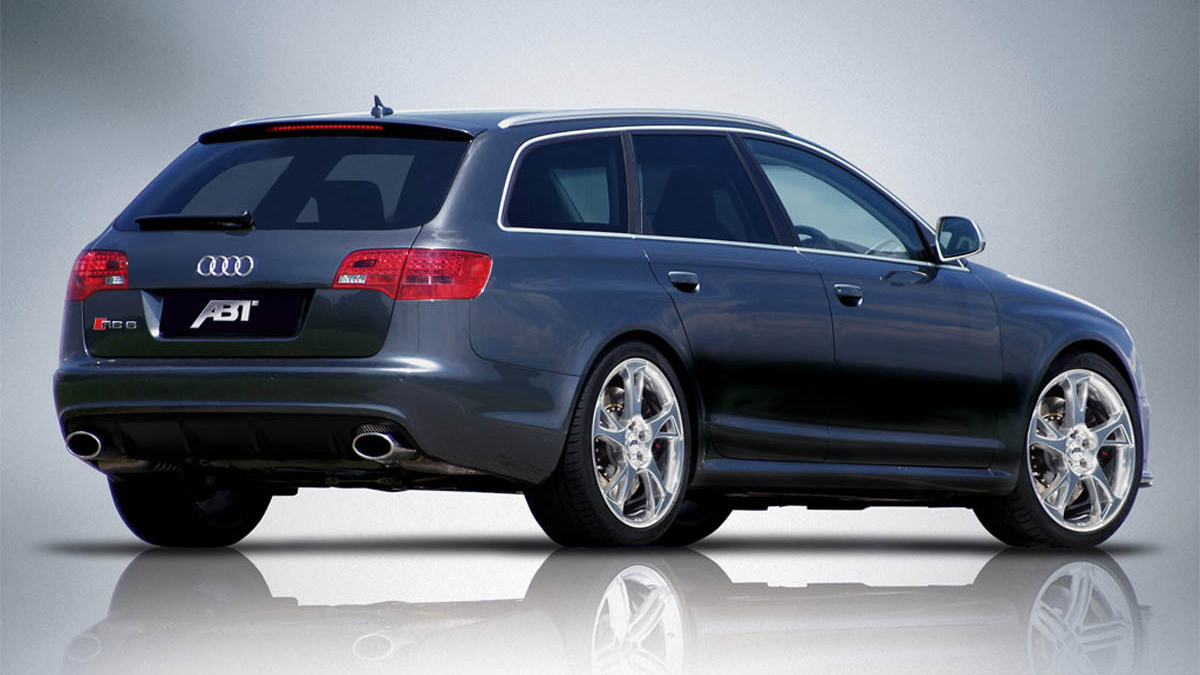 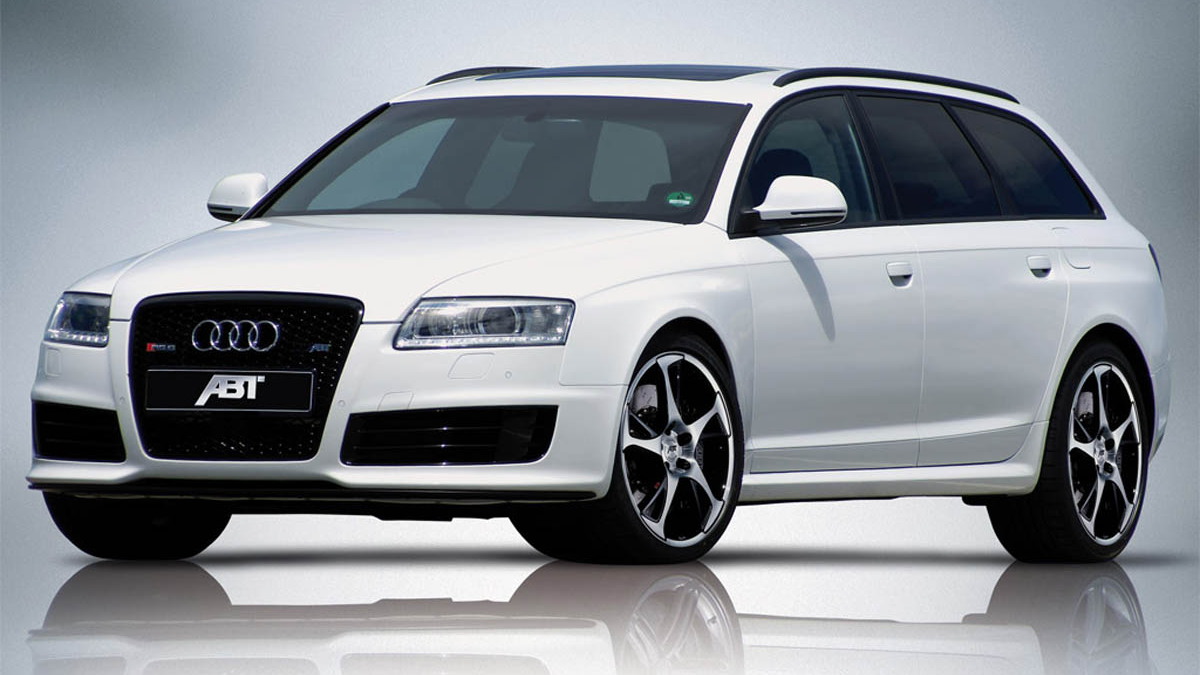 6
photos
Audi's RS6 sedan was finally officially released this week, but the German racers and tuners at Abt Sportsline have just unveiled their take on the RS6 Avant. Not content with 580hp (426kW) and plenty of room for family and friends, Abt has boosted output to 700hp (515kW) and 590lb-ft (800Nm) of torque, making the Abt RS6 Avant one of the most insanely powerful people carriers in the world.

The tuning package matches or exceeds the MTM RS6 Avant, released just a couple weeks ago. Though Abt hasn't released performance specs for the tire-shredding wagon, the MTM version manages the sprint to 60mph (96km/h) in under five seconds and is reportedly capable of speeds in excess of 187mph (300km/h), so the Abt RS6 should post similar numbers.

Among the extensive list of improvements to the car, Abt has removed the electronic speed limiter, re-tuned the ECU to boost power, outfitted a new aerodynamics package that includes a carbon fiber front lip spoiler and rear diffuser, a wide range of custom alloy wheels, custom Abt-branded floor mats and shift knobs, plus a specially-tuned rear muffler with four exit pipes. As usual with Abt's tuning kits, the individual elements are highly customizable and most can be had individually or as a package.

700hp Audi RS6 by Abt Sportsline